Tuesday, November 24, 2020: Today on The Bold and the Beautiful, Steffy becomes irritated with Liam, Thomas chastises himself, and the Hope mannequin turns up the pressure. 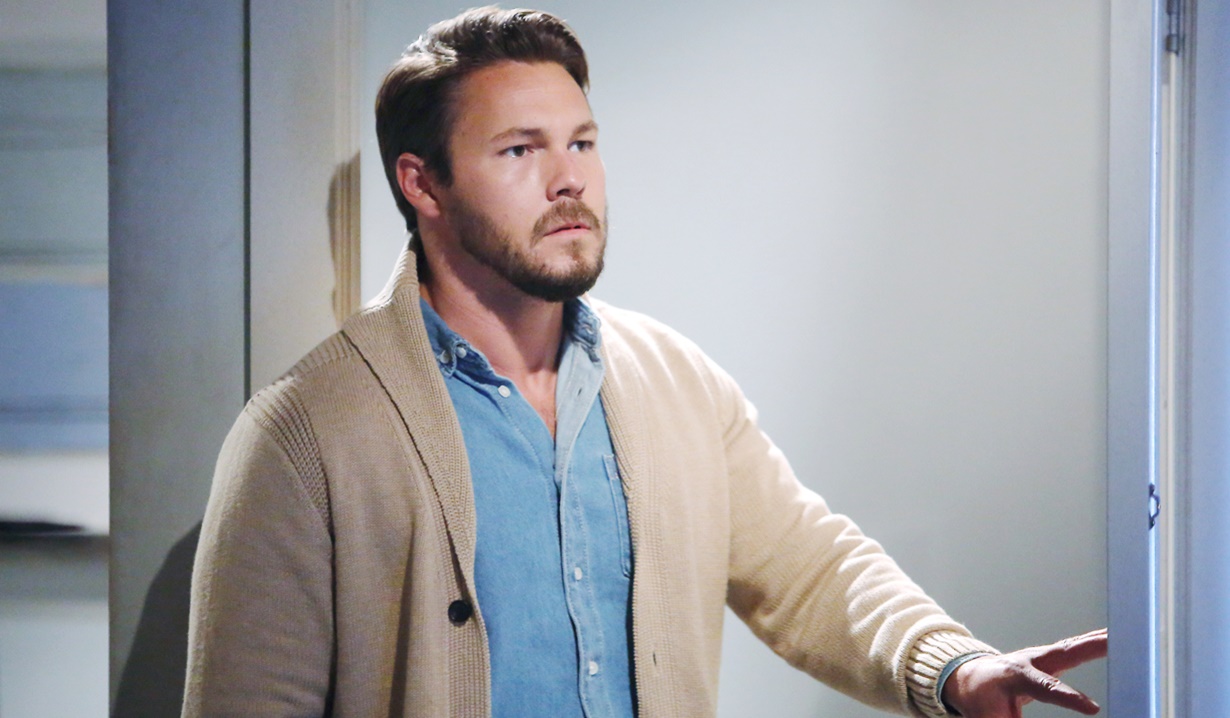 In his apartment, Thomas glances toward the box containing the Hope mannequin as Hope emerges from the other room. She texts Liam to let him know she’s staying and is glad to help Thomas feel less isolated. He casts another look toward the box. When Thomas acts distracted as his vision blurs, Hope asks if he’s okay. He blurts that he’s just happy they can come together like this and feels positive about it. “I’ll always care about you, Hope.” Hope goes to help Douglas wash his hands and Thomas chastises himself; he’s going to scare her away. 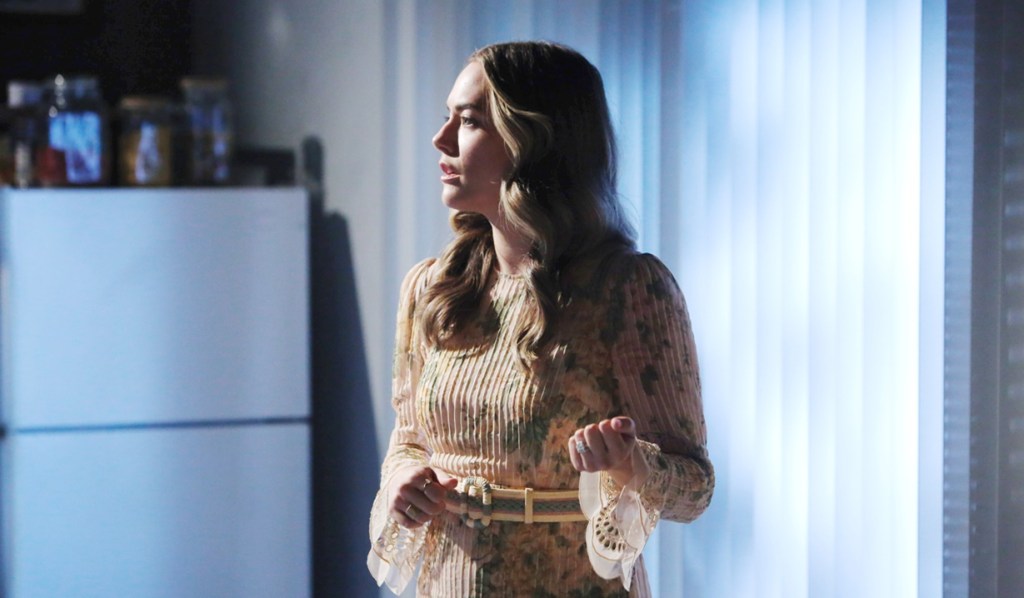 At Steffy’s place, Liam goes on about his gut screaming that Thomas is still a threat. Steffy’s not concerned. Liam just wishes Hope would keep her distance from him. Steffy wants to move on but he persists. He doesn’t believe Thomas will ever stop obsessing over Hope. Talk turns to Thomas being more involved with Douglas, which Steffy thinks is beneficial and argues that he’s changed. Suddenly, Liam gets Hope’s text that she and Douglas are having dinner at Thomas’ apartment and exclaims, “Are you kidding me?!” Liam relays the text was from a while ago, but checks on his Hope tracking app and sees she’s still there. Steffy cajoles him to be more forgiving, but Liam rushes out, convinced Thomas will make a move on Hope. 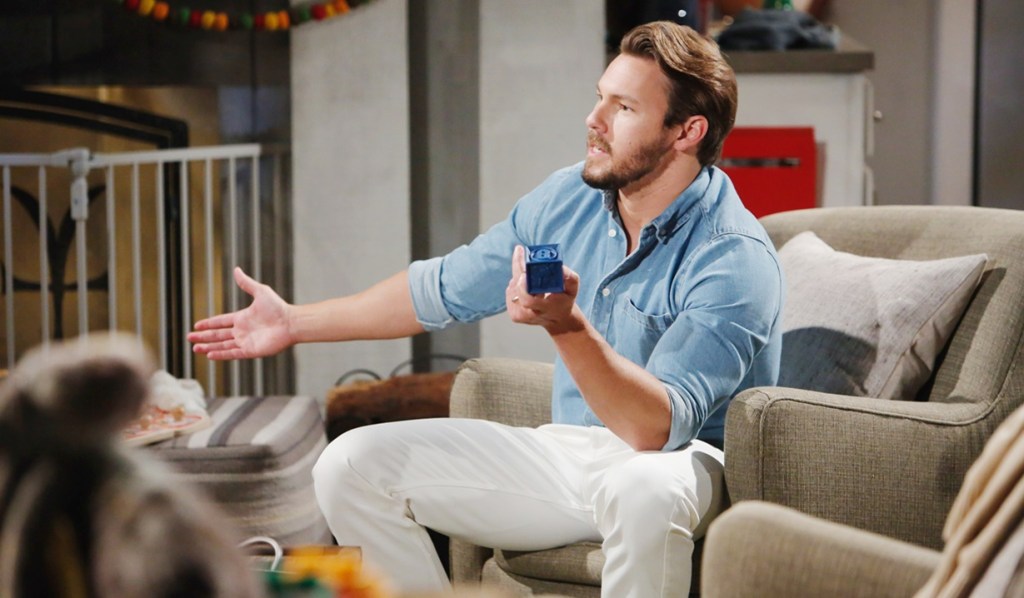 At Thomas’ apartment, he and Hope chat after eating takeout. He zones out again and she notices. Thomas admits he has a headache. Hope recalls he had one the last time she was there. Thomas remembers hitting his head when Liam was there; he may have been knocked out for a moment. Hope’s dismayed. Thomas is pleased to know she cares. He glances toward the mannequin box, then talks about how much Douglas loves Hope and how much he owes her. Hope remains silent and still like the doll. Thomas tells her, “This could be our family, Hope. This could be our future.” He quickly back tracks, but Hope says she should get going. Later, alone and shirtless, Thomas agonizes over having blown it with Hope. He grips his head as the pain comes on. The mannequin appears and tells him to stop whining and to never, ever give up on Hope. “Go after Hope,” Hope Too intones. Thomas snaps at it to stop and rails that he’s trying to be a better man. Hope Too taunts, “Don’t be a coward, Thomas.” She urges him to show her, to tell her how he feels. “Do it. Tonight!” There’s a knock at the door. It’s Hope. Douglas is playing at Camden’s and she forgot her purse. She fetches it from the bedroom, after which Thomas apologizes for the night ending badly. Hope reassures him. Thomas steps closer and tells her how amazing she is, as outside, Liam arrives at the door. He hears Thomas tell Hope this is a night they’ll never forget, pushes the door open… and sees Thomas kissing the mannequin. 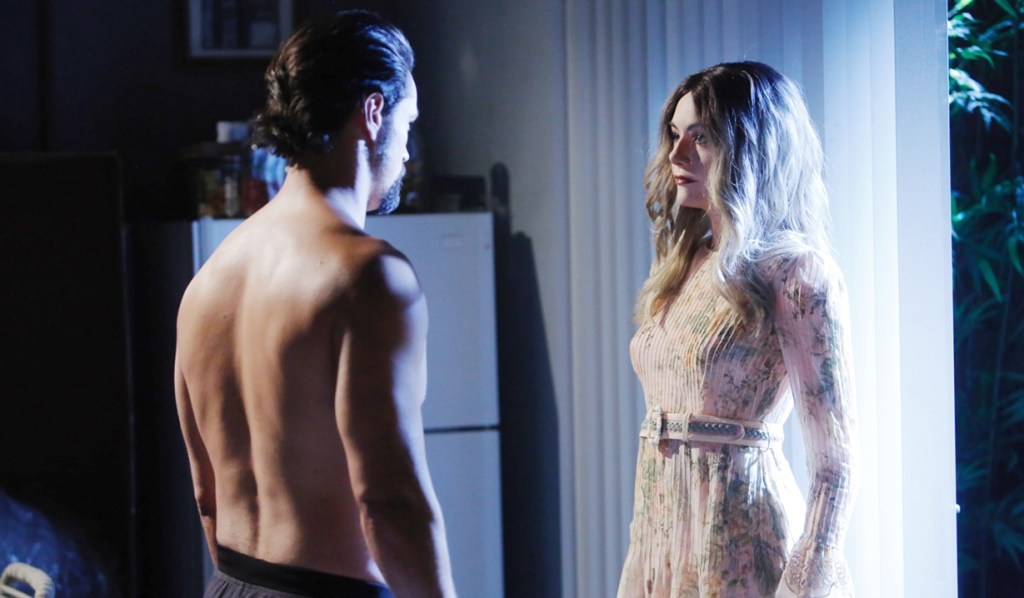 More: Will Liam go off the deep end?

Next on The Bold and the Beautiful, Thomas snaps back to reality when Finn arrives.

Look back on Liam and Steffy’s love story in the photo gallery below. Get your free daily soap-opera fix for The Bold and the Beautiful — and all of the other daytime dramas — delivered straight to your email inbox by signing up for Soaps.com’s newsletter. 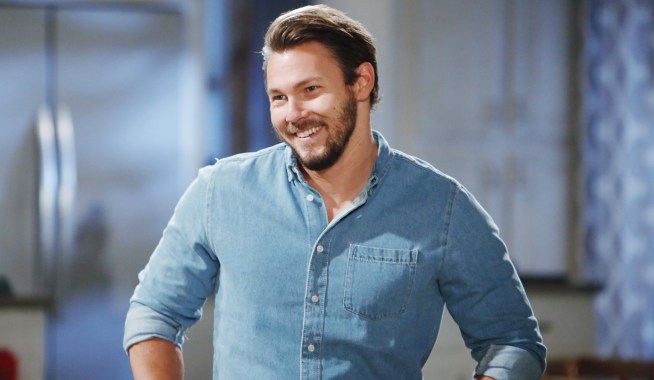 Liam Is Unable to Stop Obsessing About Thomas Despite Steffy's Warning 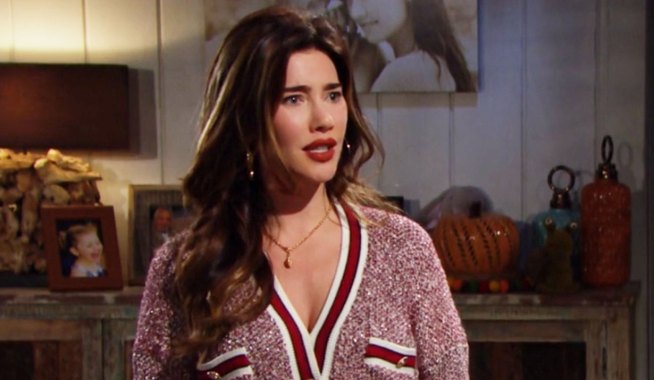