Friday, November 20, 2020: Today on The Bold and the Beautiful, Paris senses Zende's off, Liam reasserts his opinions about Thomas, and Steffy and Liam connect. 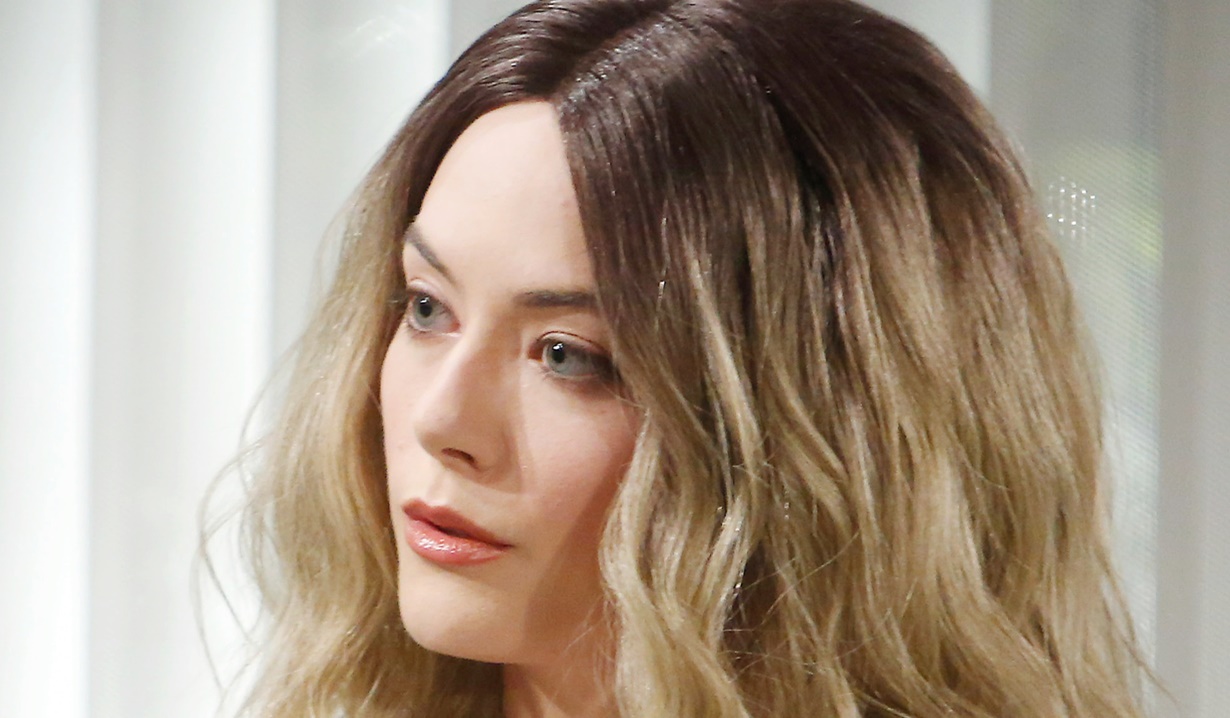 At Forrester Creations, Steffy tells Zende that Thomas has come a long way. Zende trusts him until he proves otherwise. She suggests they stick together as a family and support him, especially since others won’t. Zende asks, “Liam?” Steffy confirms he’s unlikely to trust her brother again.

At the cabin, Liam and Hope discuss her line — she’s never felt more confident in her team. Liam wishes the team didn’t include Thomas. Hope doesn’t believe he’s fixated on her, which is something they should be thankful for. Liam takes a call from Steffy about taking Kelly to a party. He disconnects and fills Hope in. She encourages him to go and have fun. Liam marvels at how supportive she is. Hope teases she’ll remind him of that when they argue… like over Thomas. Liam’s just trying to protect her and Douglas from his craziness. He’ll probably always be a threat to their family. He lectures about them having to be careful and goes on until Hope interrupts — she doesn’t think Thomas is putting on an act and is making an effort to change. Hope finds it confusing that he thanks her for being supportive of him and Kelly yet lashes out about Thomas; Douglas needs his father! Liam doesn’t want to fight; he’s just trying to look out for her.

In his apartment, Thomas can’t believe the Hope doll is alive. She tells him not to be afraid, takes a couple steps closer, and adds, “I’m all yours.” Thomas bellows, “You’re not really here!” Hope Too intones that she’s always there… for him. As the mannequin stiffly pursues him around the sofa, he asks what she wants. Hope Too wants him not to give up on Hope and to free her from Liam. Thomas is trying to be a better person and someone Hope and Douglas can admire. The mannequin states, “Someone Hope can love.” Thomas calls Hope and asks to have dinner with Douglas. Hope agrees to bring him over. As he disconnects, the mannequin nods approvingly. 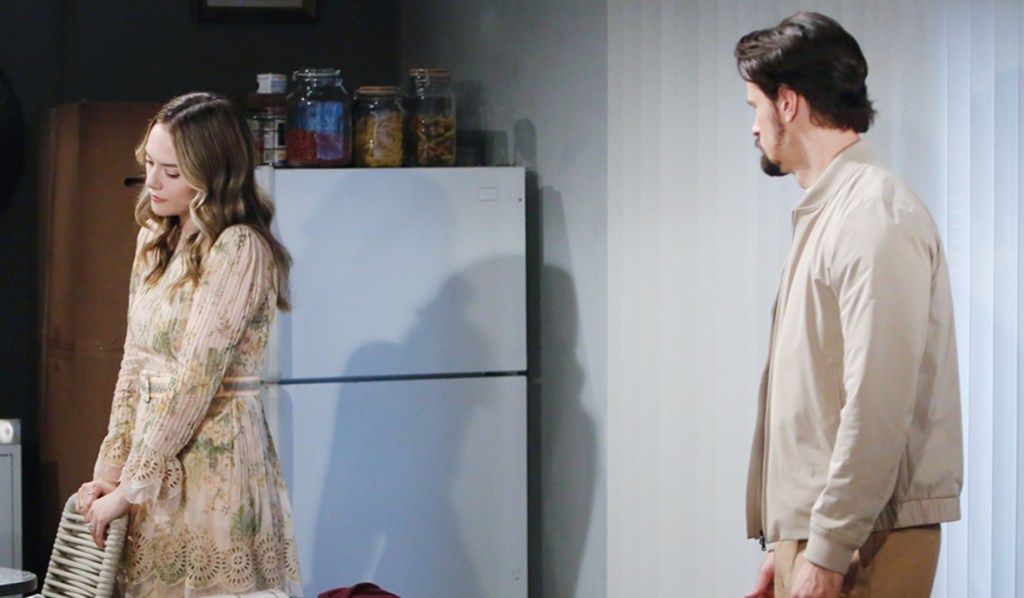 At Forrester Creations, Steffy disconnects from Liam as Paris arrives looking for Zoe. She’s unsurprised to hear she’s out with Carter. Steffy leaves Paris with Zende as she exits. Paris mentions Zoe and Carter’s engagement and senses Zende is bummed out. He snaps out of his thoughts and banters with Paris before telling her everyone lights up when she enters the room because she’s such a positive force — he certainly does. 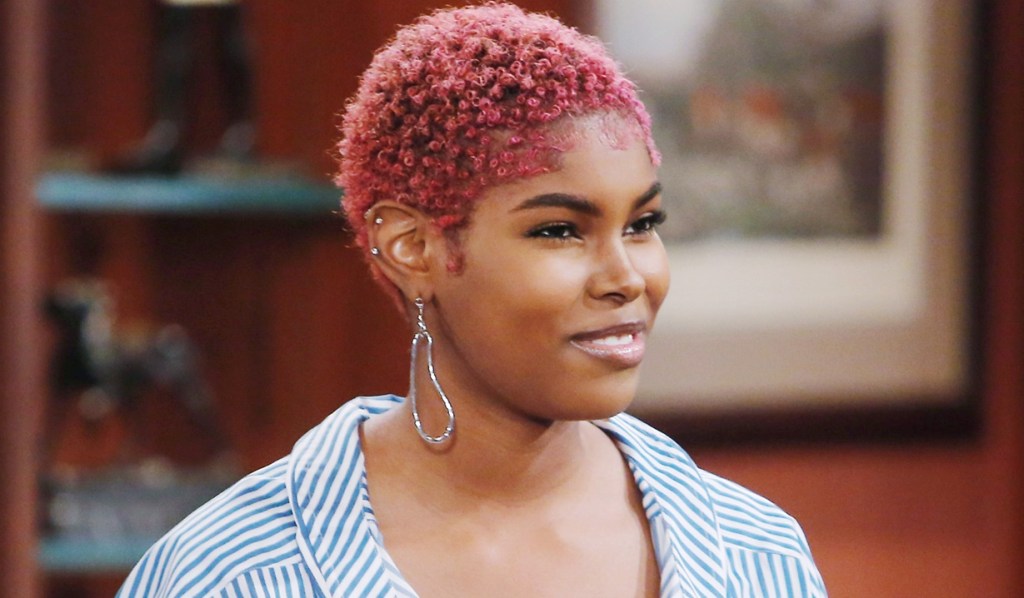 At the cliffhouse, Steffy and Liam gush about Kelly growing up too fast and their love for her. Steffy’s sure he’s ready to get home, but he hesitates. She asks if something’s wrong. Liam’s still worried that Thomas is getting in Hope’s head. “Guys like Thomas, they don’t change overnight.” 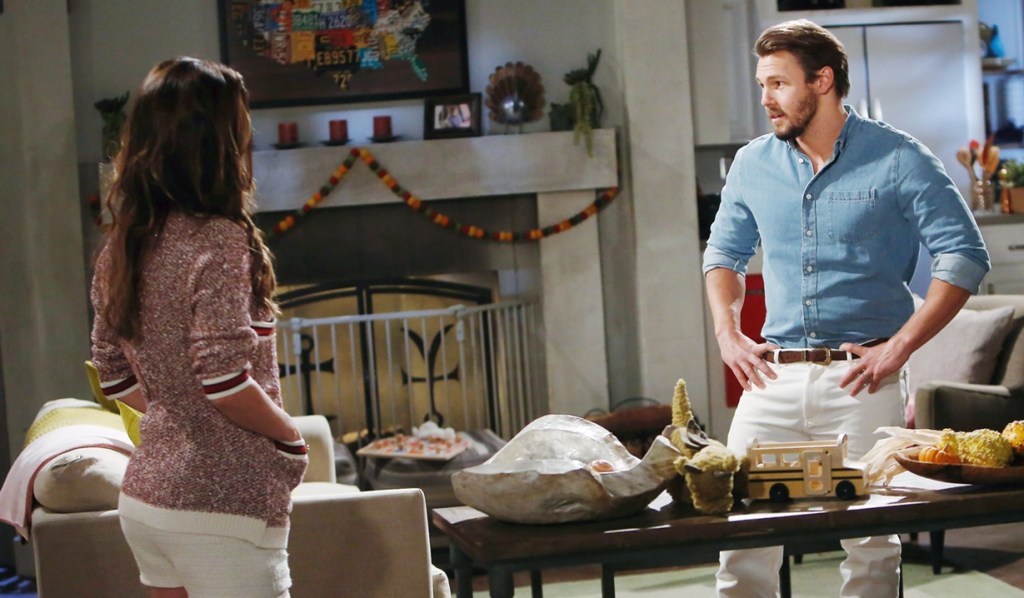 Hope and Douglas arrive at Thomas’ place where the mannequin is out of sight. Douglas plays as Thomas tells Hope how much he values his time with him, and how much he values her. Thomas beams as Hope smiles at him. In her box, Hope Too prompts him to tell her she’s the only one for him. “The only one.”

Next on The Bold and the Beautiful, Hope Too makes a shocking move at Thomas’ dinner for Hope and Douglas.

See soap opera siblings like Thomas and Steffy in the photo gallery below. Get your free daily soap-opera fix for The Bold and the Beautiful — and all of the other daytime dramas — delivered straight to your email inbox by signing up for Soaps.com’s newsletter.

Quinn Reaches a Decision When Faced...

Liam Is Unable to Stop Obsessing...