Wednesday, November 25, 2020: Today on The Bold and the Beautiful, Steffy listens to an unbelievable story, Hope defends Thomas, and Finn's unexpected visit snaps Thomas back to reality. 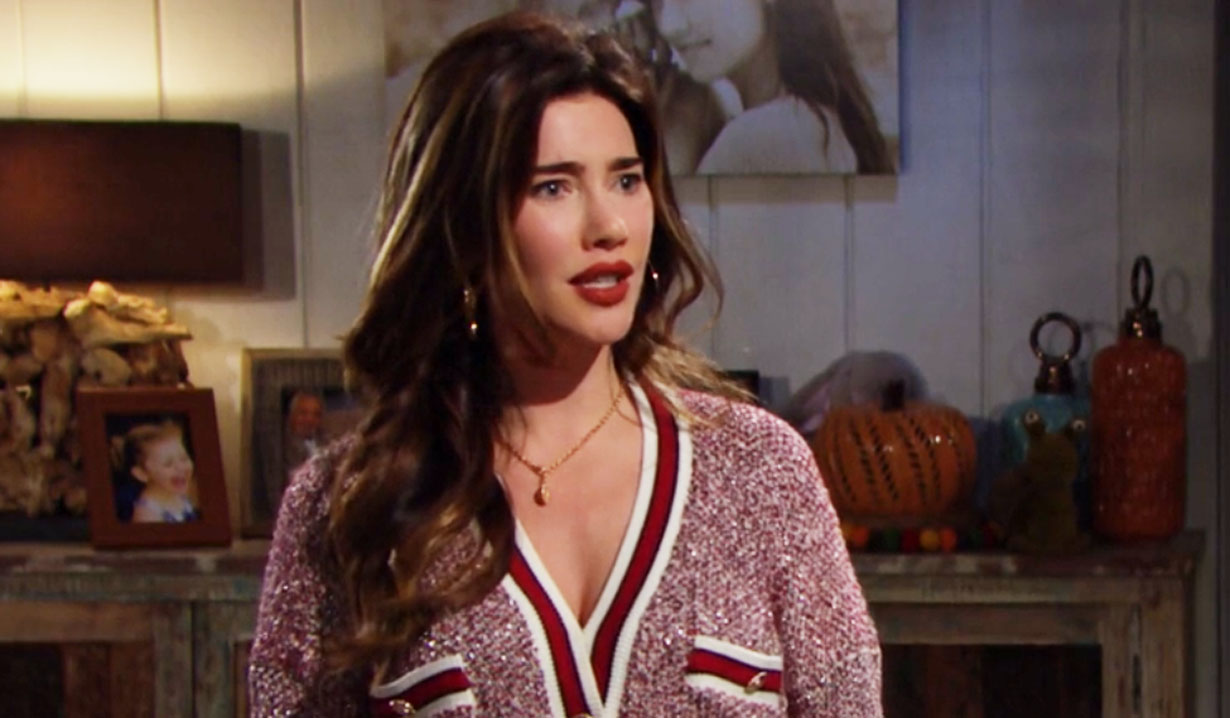 Finn turns up at the cabin, but Hope informs him that Liam’s with Steffy and Kelly. He actually stopped by to speak with her, alone, about Thomas. Hope admits she needed to be certain that Thomas has moved past his obsession with her. “And now you are?” Finn asks. Hope knows Liam feels differently and thinks back to hearing Thomas say, “This could be our family.” Finn brings her back to the present and Hope assures him Thomas has made strides. But Finn wonders if she thinks it’s at all possible that Thomas is still obsessed with her. Hope briefly checks on the kids then returns to Finn, who, being in a relationship with Steffy, has an interest in Thomas’ mental health. He relays how Thomas has been down on Liam. Hope knows Thomas and Liam have a history but is adamant that Thomas is getting better. She urges Finn to talk to Thomas at get the answers he’s looking for. After Finn leaves, Hope texts Liam to see when he’s coming home. 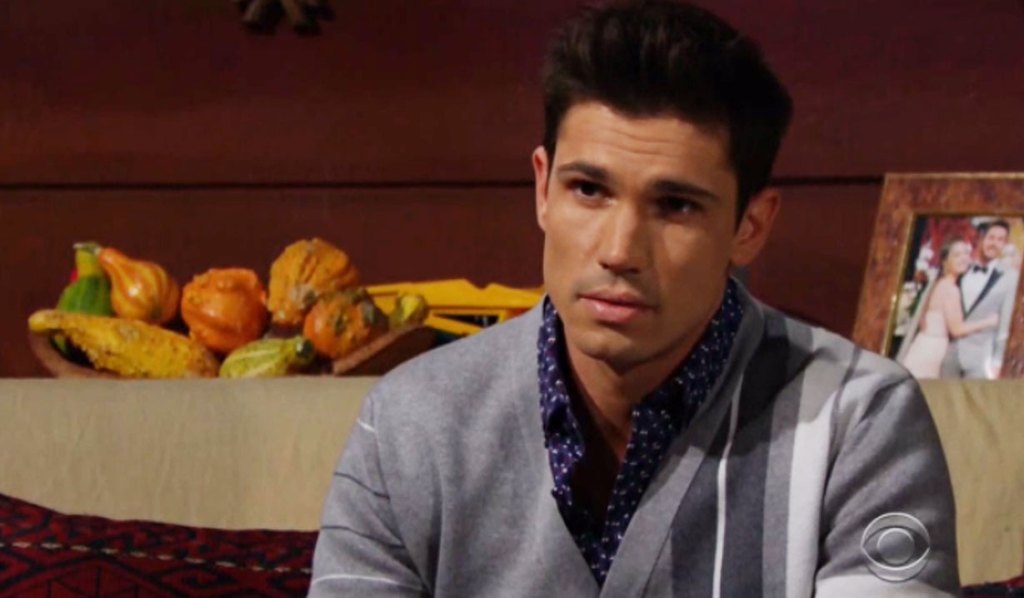 More: Why Liam’s dumb move has people ticked off

From the apartment doorway, Liam’s in shock at the sight of Thomas and Hope kissing. He closes the door and rushes away unseen, as inside, Thomas savors his kiss with Hope — then realizes she’s the mannequin. He stumbles backwards and screams, “Oh, God, no!” Wiping his mouth, he can’t believe he kissed a doll, and screams at the mannequin, “Stay away from me!” Thomas knows Hope doesn’t want him, but the mannequin insists Hope does and urges him to go kiss her. He calls the doll evil, sits on the floor and cries, “What’s happening?” He argues with the mannequin, who thinks Thomas is imagining things. He laughs hysterically, “I’m imagining things. I’m talking to a mannequin.” Thomas doesn’t want Hope to be frightened of him. The mannequin persists that Thomas has waited long enough… tonight is the night. “Get Hope.” Finn knocks at the door and brings Thomas back to reality. Thomas quickly hides the mannequin and lets Finn in. He says it’s a bad time, but Finn can see that he has a reason to be concerned about Thomas. 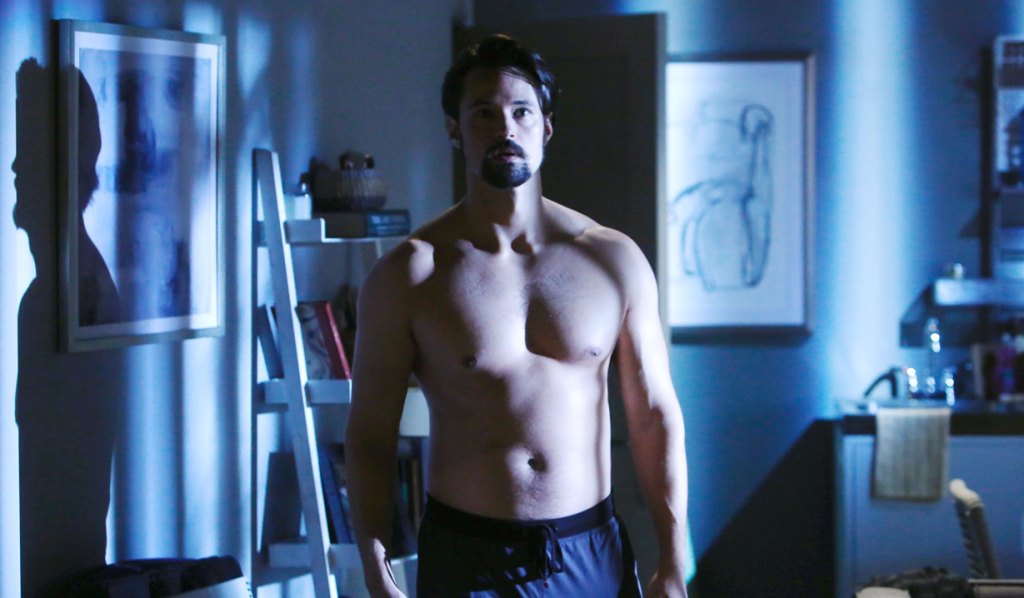 More: Twist that may send Liam back to Steffy

At the cliffhouse, Steffy looks at the photo of her and Liam on the wall and smiles. Liam barges in and chants, “Anyone but him.” Steffy asks what happened. Liam shakes and gasps then says, “Hope.” Liam tells Steffy how he heard Thomas tell Hope it will be a night they’ll never forget and how he pushed the door open. He saw Hope — his wife! — in Thomas’ arms. Liam breaks down and stuns Steffy by saying, “She was kissing him.” 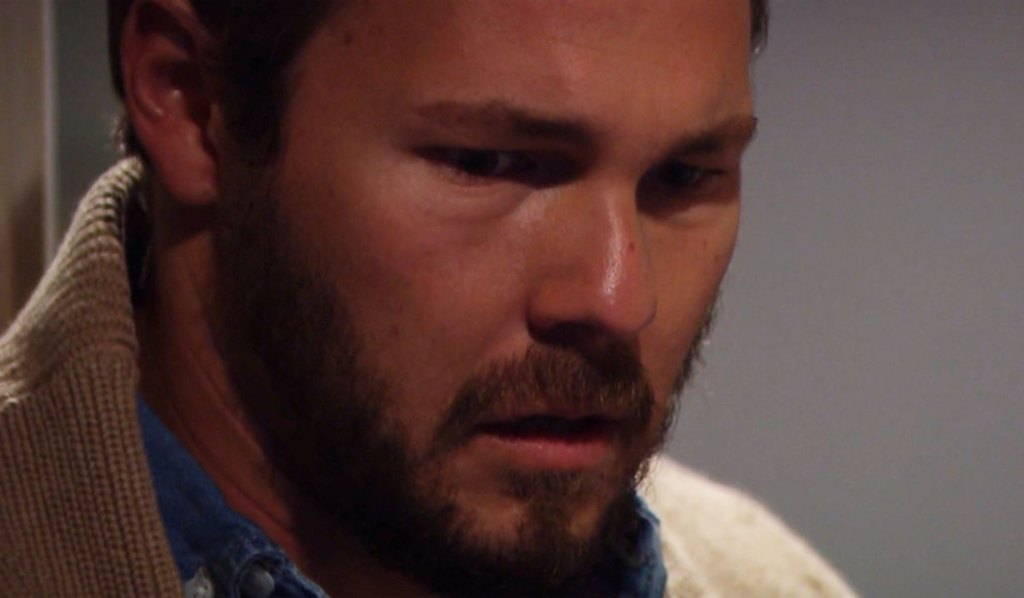 Next on The Bold and the Beautiful, the CBS soap will be pre-empted on Thursday and Friday, due to the holiday, but will return with a new episode on Monday.

View our photo gallery below featuring characters like Sally Spectra and Sheila Carter who crossed over to other soaps, then get your free daily soap-opera fix for The Bold and the Beautiful — and all of the other daytime dramas — delivered straight to your email inbox by signing up for Soaps.com’s newsletter. 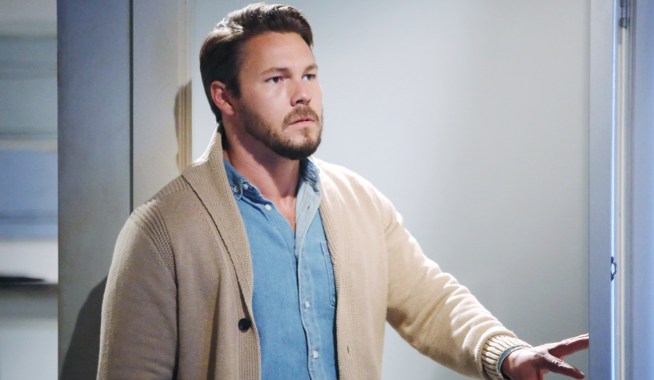 Liam Crosses a Line With Steffy After Raging About Thomas 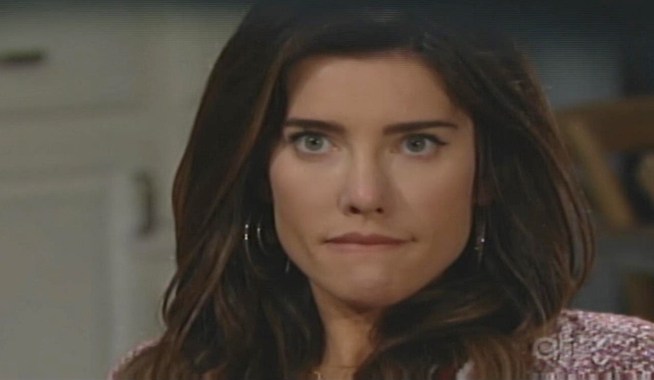