Friday November 6, 2020: Today on The Bold and the Beautiful, Liam and Thomas go head-to-head, Zende gets news at work, and Steffy asks Hope a pointed question. 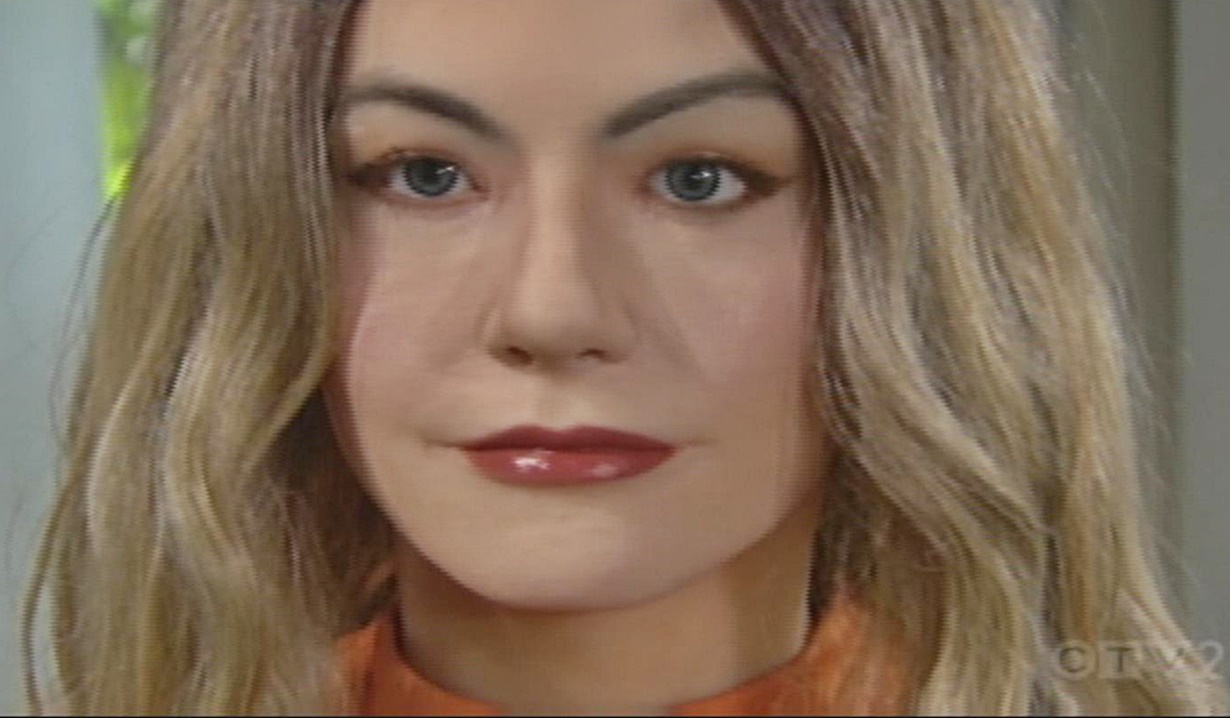 At Thomas’ place, Liam gawps at the Hope mannequin and demands to know what it is, while Thomas complains about him rudely pushing his way in. Liam orders Thomas to answer him, and Thomas asks, “Are you blind? It’s a mannequin designed to look like Hope.” Liam accuses him of having it custom made. Thomas insists he had nothing to do with it. Liam hollers as he demands to know why Forrester has a life-size replica of his wife in his apartment. He levels that Thomas is still obsessed with Hope and is keeping a blow-up doll of her. He marvels over the uncanny resemblance and asks why it’s there. Thomas explains it’s a promotional prop for Forrester. He glances at his sketchpad and declares it’s a mannequin to test his designs on and test them out. Liam’s not placated and rants that Hope will freak out knowing that he has this thing. As Liam reaches toward it, Thomas yells, “Don’t touch her!” Liam asks, “Her? Don’t touch her?” He thinks this is disturbed, but Thomas counters, “Get your mind out of the gutter.” Liam came there looking for answers about what he said to Finn and boy, did he get them! Thomas attempts to turn the tables by confronting him about spending time with Steffy while holding onto Hope and the damage it does. Undeterred, Liam feels he’s trying to turn Hope against him and orders him to stay away from his wife. Thomas works with her and she’s Douglas’ mother. He stares into the mannequin’s eyes as Liam rants he should know his place and stay there. Thomas rounds on Liam again — he’s addicted to stringing Hope and Steffy along. He saw it all his life with his dad and won’t let him do it to them. Liam argues he has daughters with both of them. Thomas sneers about him tying them to him for life and says it will hurt the girls. He rages that he’s sick and tired of it and won’t stand for it any longer. Liam thinks he’s losing it and projecting his issues with his father. Indicating the mannequin, Liam declares Thomas needs help and is not right in the head before storming out. Thomas holds his head, then passes out, hitting the corner of his desk. When he comes to, the doll tells him he knows what he has to do. “Kill Liam.” 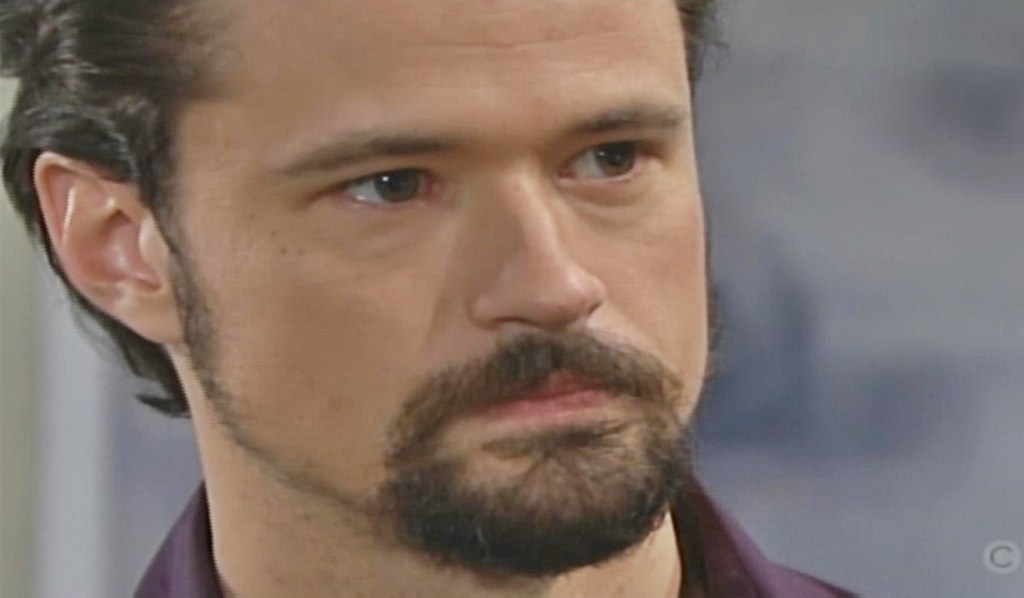 At Forrester Creations, Steffy’s surprised Hope’s willing to work closely with Thomas again and asks how she thinks Liam will feel about it. Hope feels he’s seen how well they’re co-parenting together. Zende enters and Hope asks him to stay — she has something to tell him. She informs him that Thomas is back on her line, though Zende will still be lead designer. Zende notes Thomas’ talent and feels pleased to be working with him; he’s family after all. Steffy isn’t sure she’ll get such a good reaction from Liam. Zende tends to agree as Hope mulls over discussing this with Liam in person. Steffy chimes in that Thomas has changed and Hope is hopeful they can all get along. After Zende exits, Steffy remarks on how glad she is they’re functioning so well as a family, but notices a strange expression crosses Hope’s face. She asks if she’s upset about Liam spending time at her house. 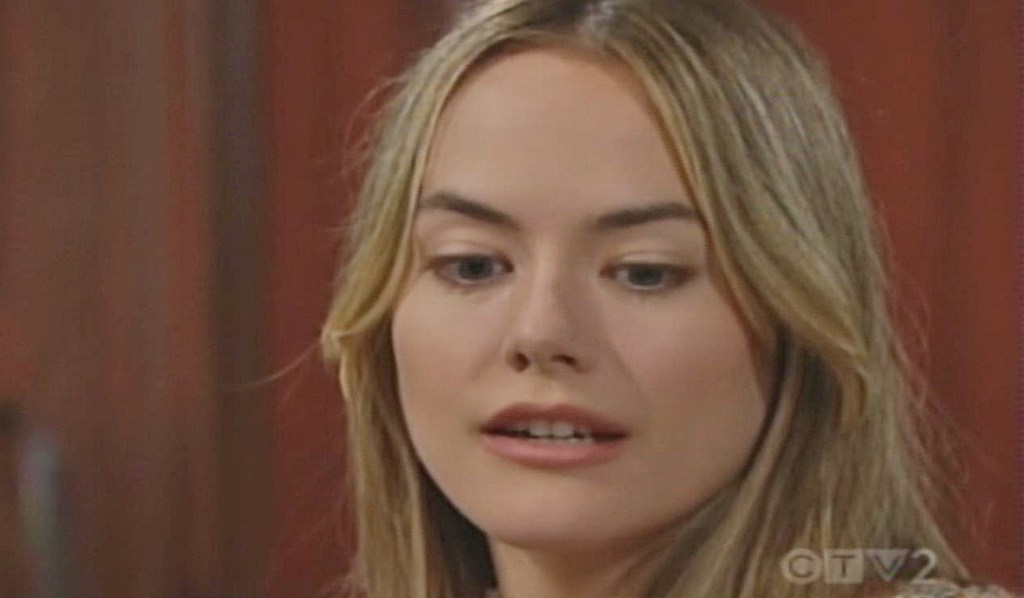 Next on The Bold and the Beautiful, Liam is blown away by Steffy and Hope’s reaction to his news.

Relive Bold & Beautiful’s most memorable love triangles in the photo gallery below. Get your free daily soap-opera fix for The Bold and the Beautiful — and all of the other daytime dramas — delivered straight to your email inbox by signing up for Soaps.com’s newsletter. 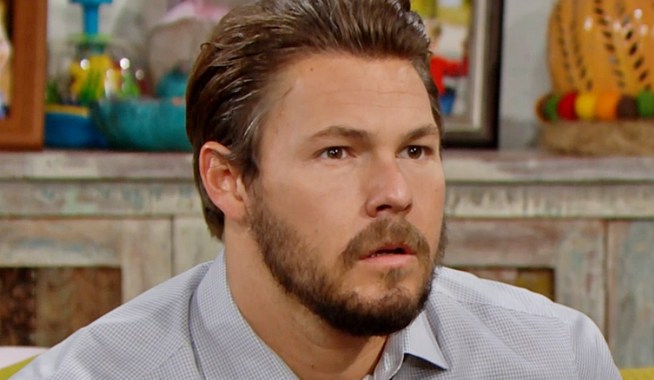 Liam Is Left Thunderstruck After Forcing His Way Into Thomas' Apartment 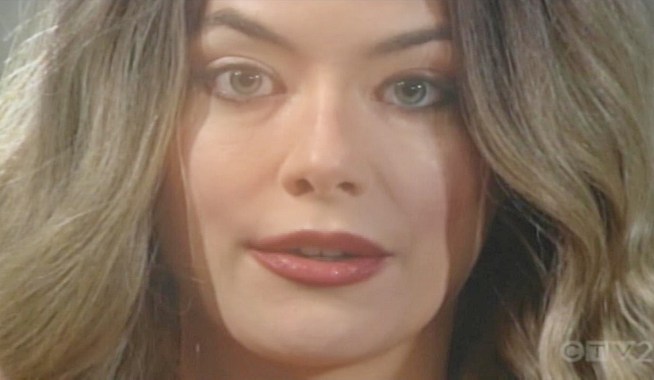