Monday September 28, 2020: On today's new episode recap of Bold and Beautiful, Steffy warns Ridge, Liam and Finn hatch a plan, and Steffy orders her visitors out of her house. 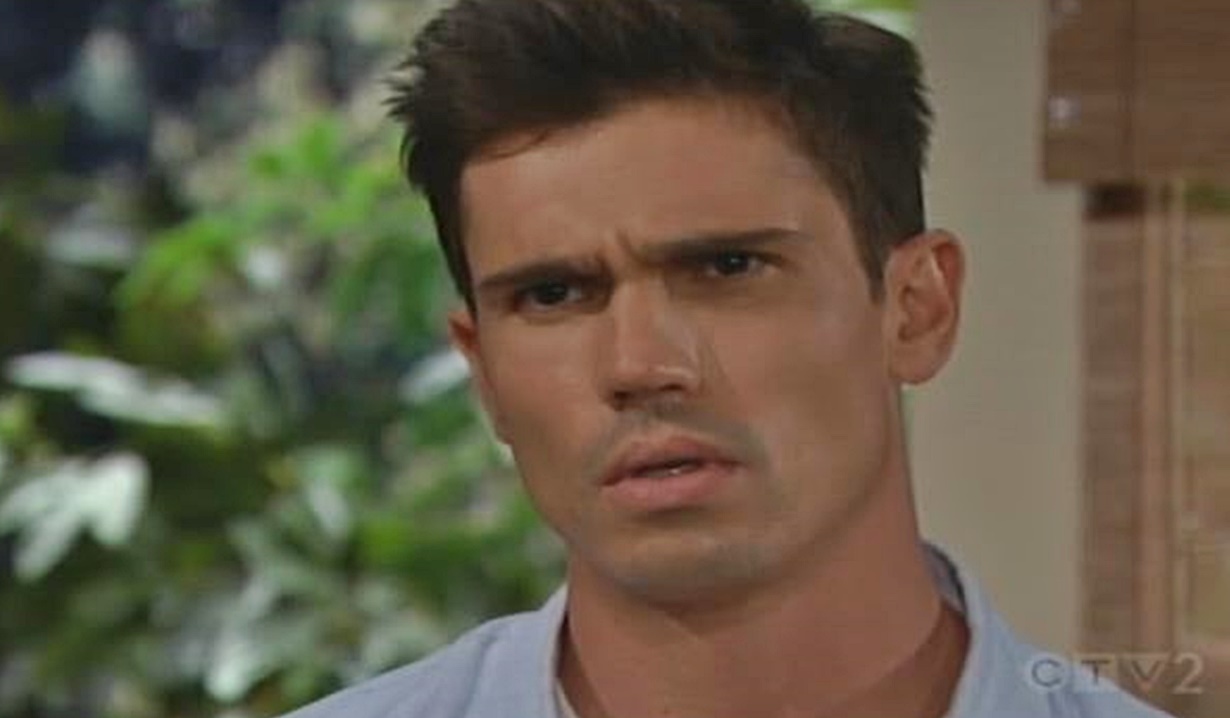 At the cliff house, Ridge checks in with Steffy, who maintains that Hope and Liam stole her baby. Ridge addresses the dependency on pain medication – she has to stop for her little girl. Steffy scoffs at the idea she’s an addict. Ridge feels she’s in denial and wants to help. Steffy informs him he can go get her daughter from Brooke’s. Her only problem is Hope and Liam’s agenda – trying to take Kelly as they did Phoebe. Ridge grows frustrated; she needs help, she needs rehab! Steffy waves him off – this is so pointless. She grabs her keys to go get Kelly, but Ridge declares she’s not going anywhere until she admits she has a problem and gets help. Steffy fumes that he’s siding with the people who stole her daughter – she may never forgive him. 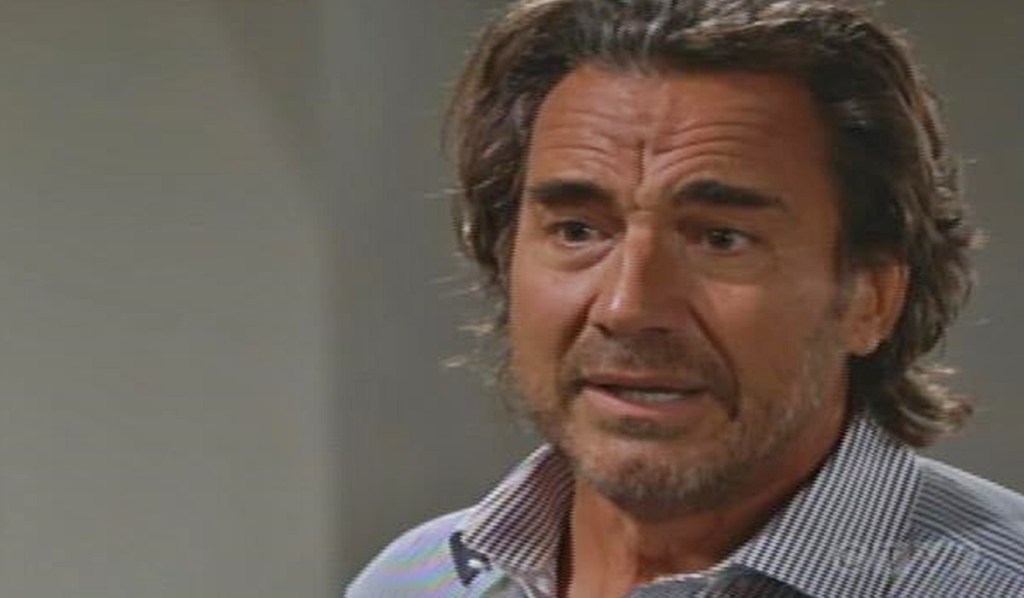 In the cabin, Liam and Hope go over the scene at the house with Steffy denying using pain meds and pulling a knife. Liam never thought she’d go there and recaps that she’s in no condition to take care of her daughter right now. He marvels at them having to keep Kelly safe from her and asks, “How did we get here?” Liam reveals he contacted Finn, who arrives. Liam’s irritated that Finn didn’t see what he’s about to tell him and snarks about his inappropriate relationship with Steffy. Finn rebuts that Liam is too invested in Steffy given he’s moved on. Liam reveals that Steffy’s in trouble. After Liam fills him in, he questions Finn not realizing what was going on. Hope interrupts – that’s not helpful. Finn doesn’t disagree with Liam taking Kelly, but worries it could cause a huge setback and drive Steffy to use even more. Hope and Liam explain her personality has changed – she’s been angry and lying. Finn’s shocked to hear she pulled a knife on them and concludes she’s struggling from addiction. He wonders if he could get through to her, feels awful, and tells Liam he was right to call him out. Liam wants to present a united front. Hope opts out so as not to antagonize Steffy. Liam and Finn head out. 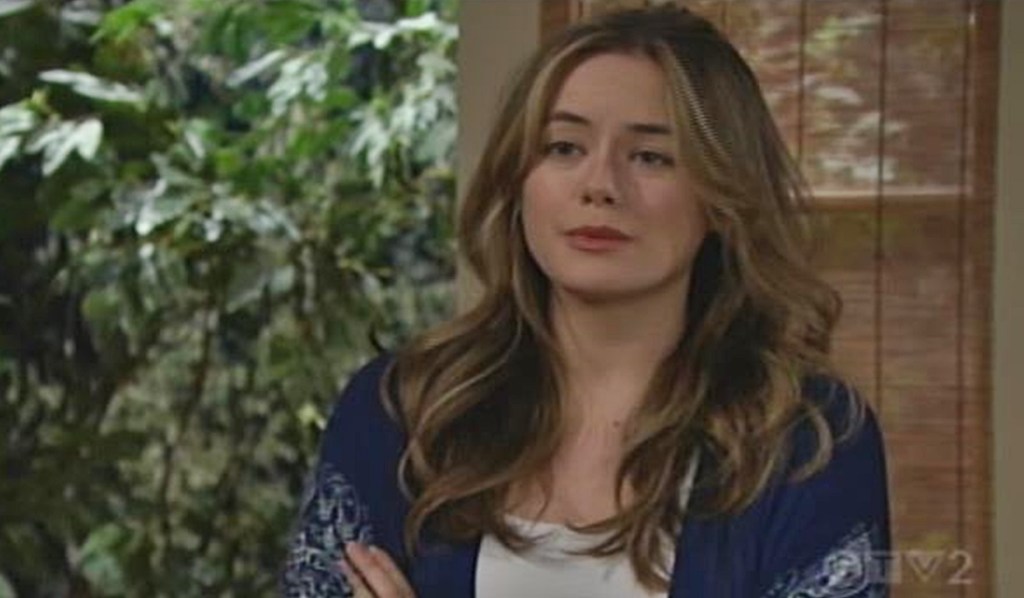 More: Did B&B’s Hope and Liam go too far?

In Malibu, Steffy’s raging at Ridge when Liam enters. Steffy informs him he’s not welcome without Kelly. Liam brought someone else. Finn appears – Liam called him and told him what happened, he’s concerned. Steffy launches into denial. Finn asks if she got the pills on the street. Steffy orders them to get out…now! Liam loves her but Kelly’s not coming back until she kicks the pills. Steffy needs them and protests, “I need my pills!”

Next on The Bold and the Beautiful, Ridge, Liam, and Finn confront Steffy.

Feel free to browse our Steffy Forrester gallery. Get your free daily soap-opera fix for Bold and Beautiful — and all of the other daytime dramas — delivered straight to your email inbox by signing up for Soaps.com’s newsletter. 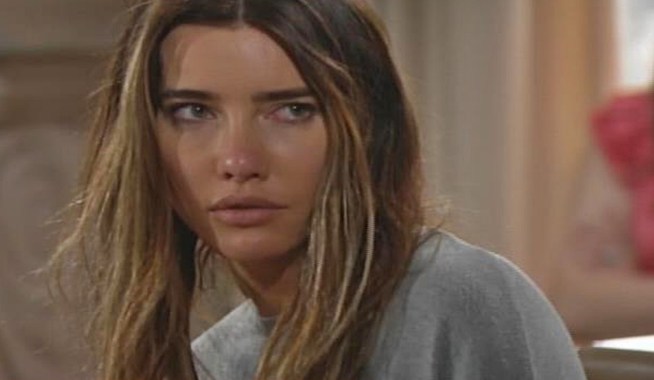 Steffy’s Left Sobbing on the Floor After Having It Out With Finn, Liam and Ridge 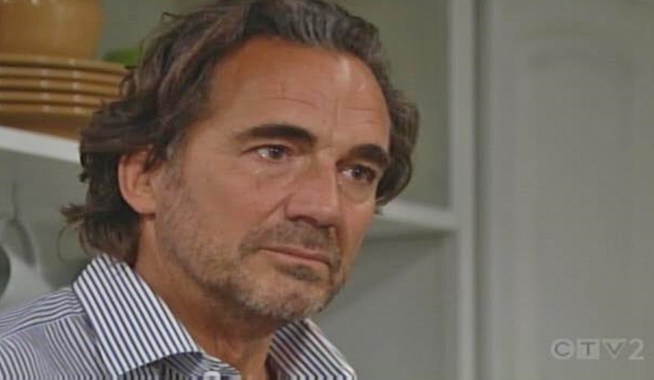