Thursday September 10, 2020: Today on The Bold and the Beautiful, Bill threatens Quinn, Shauna thanks Wyatt, and Eric defends Quinn. 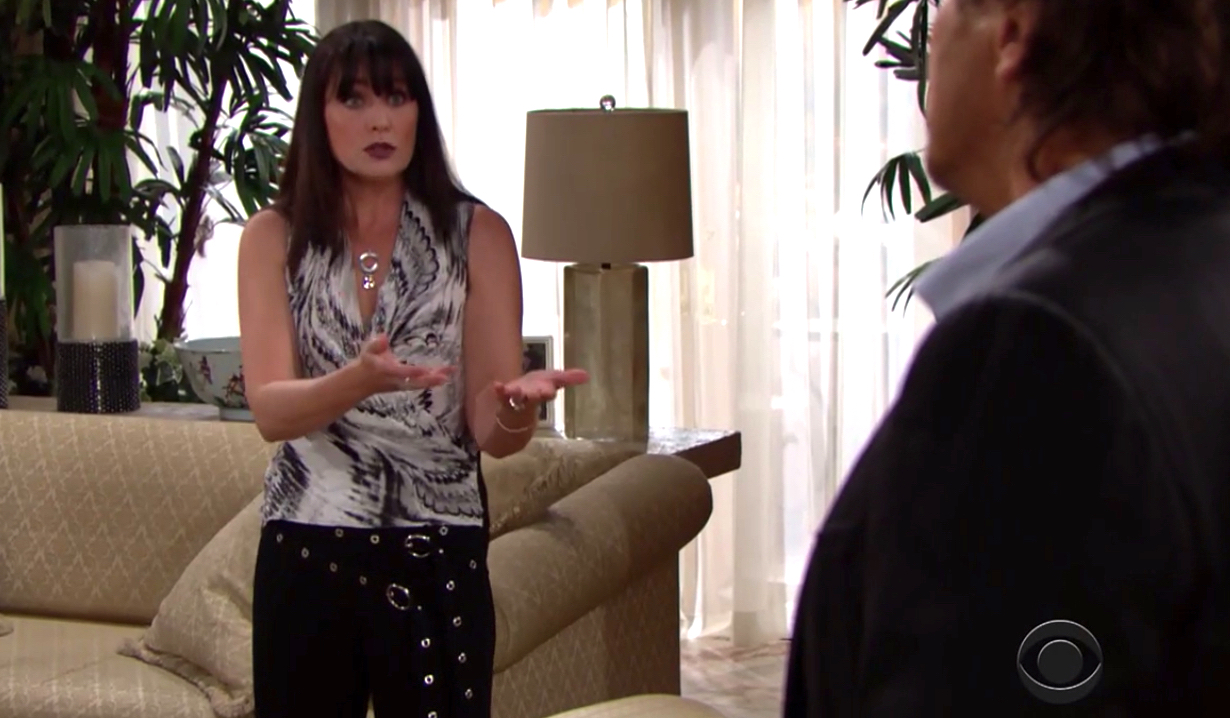 Shauna brings Wyatt her homemade oatmeal raisin cookies to his office. She wanted to thank him for making her daughter so happy. He confirms that he’s just as happy. Shauna sees that Quinn left a message on her phone but continues talking to Wyatt about how great hers and Quinn’s lives are right now. An alert goes off on Shauna’s phone again and Wyatt urges her to listen to it. She relays Quinn wants to see her but it’s nothing urgent. 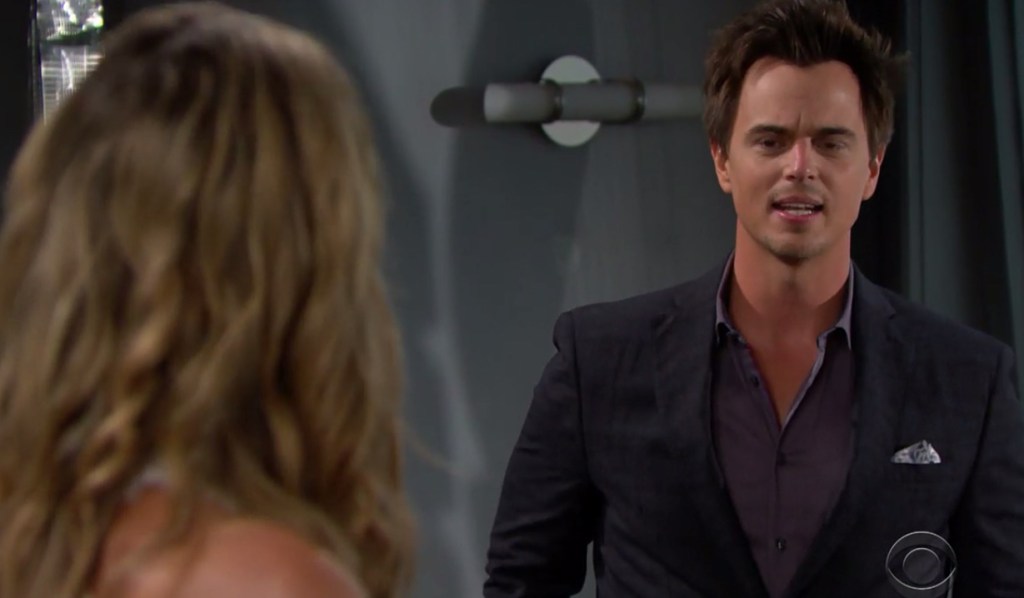 More: Denise Richards out at RHOBH

At the Forrester mansion, Brooke asks Ridge to come home, as, upstairs, Quinn urgently leaves a message for someone to get over there. Back downstairs, Ridge rehashes what happened with Brooke and why he can’t forgive her. Brooke expresses that she can’t stand to see Ridge with Shauna. Quinn walks downstairs declaring she can’t stand to see Brooke in her house disrespecting her friend. The women verbally spar with Quinn fanning Ridge’s flames over Bill. To Quinn’s delight, Bill enters asking if Brooke’s alright. Ridge says he can’t do this anymore and walks out. Brooke demands to know what Bill is doing there and then declares her life with Ridge isn’t over. She storms out. Bill confronts Quinn for manipulating him into coming over by making it sound like Brooke was in trouble. Quinn knows he doesn’t want Brooke and Ridge to reunite any more than she does. Quinn urges him to go after Brooke, but Bill refuses to join her schemes. He doesn’t give a damn that she’s Wyatt’s mother. If she involves him again he will bury her…and he always keeps his promises. Bill passes Shauna on the way out. Quinn tells Shauna they have to stop Brooke because she won’t ever give up on Ridge. Quinn knows just how to put the final nail in the coffin of Ridge and Brooke and bury their destiny. 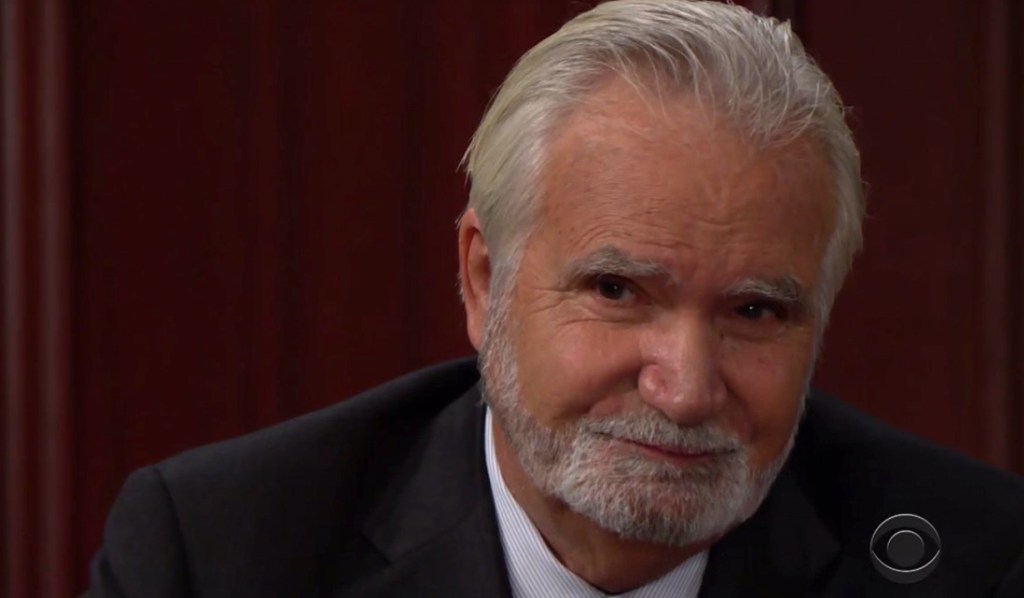 In the Forrester office, Eric is surprised to hear Katie thinks Brooke and Ridge still have a chance. Katie confirms she believes they will ultimately be together. It’s called destiny for a reason right? Katie wonders if Eric’s support of Brooke and Ridge causes problems for him at home. He understands Quinn and Shauna are close but he’s confident Quinn knows he expects better of her. He believes Quinn won’t cause any more problems for them. They talk about Katie’s relationship with Bill. She thinks they’ll always be a family but right now she can’t be sure what the future of that family looks like. Before Katie leaves to meet Donna, she brings up what a sweet couple he and her sister were. Eric assures her he’s happily married. He and Quinn have a connection he can’t explain. Katie understands but doesn’t trust Quinn.

Eric finds an enraged Ridge in his office. Ridge vents that he and Brooke should be married and growing old together. Eric thinks they still could. Ridge says Bill always walks in and takes things from him. He can’t do this anymore. He hates Bill. He hates him so much.

Next on The Bold and the Beautiful, Katie and Brooke make a realization and Ridge outs Quinn to Eric.

Get your free daily soap opera fix for Bold and Beautiful, and all other soaps delivered to your email inbox by signing up for Soaps.com’s newsletter and look through the photo gallery of Hope and Steffy’s rivalry through the years.

Quinn Goes Into Panic Mode After...