Steffy Screams at a Concerned Visitor 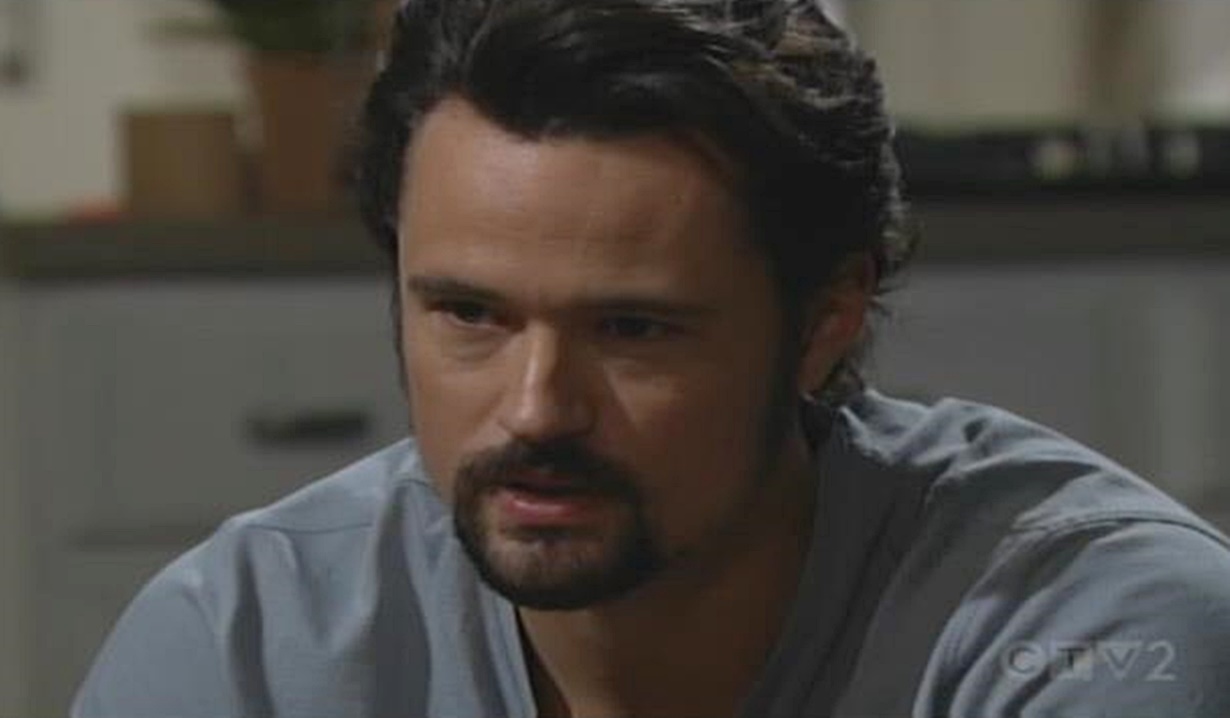 At Spencer Publications, Wyatt and Justin are talking about a business deal with Bill, who says Liam needs to be part of the meeting. “Where the hell is he?”

In the cabin, Liam tells Hope it was nice that Steffy let Kelly stay over another night. Hope points out she was begging to stay and argues it’s important they give Steffy time to recover from her accident. Liam takes a call from Bill and assures him he’s on his way. Hope offers to take Kelly to Steffy’s for him.

At home, Steffy’s passed out on the sofa as someone knocks at the door. She slowly awakens as Thomas enters. He’s concerned and asks, “Where’s Kelly?” Steffy looks confused for a second.

In the cabin, Liam gets a text from Steffy and replies to let her know Kelly will be there soon. Once alone, Hope looks at the kids’ family drawings and smiles.

At Spencer, Justin, Bill, and Wyatt continue to discuss business. Talk turns to Liam being in full ‘dad’ mode, then to whether Bill and Katie are really over. Bill is spending a lot of time with Will and has kudos for Liam making time for his kids. Liam arrives and Bill’s proud he spent the morning with his kids – he didn’t have that when he and Wyatt were growing up. Liam assures Bill that he and Katie will do fine – he and Steffy are sharing custody and Hope is bringing Kelly back to Steffy’s right now. After the business deal is settled, Bill circles back to Liam finding balance in his life – he admires what he’s doing. Wyatt jokes he and Flo have been nurturing a vulnerable lizard. 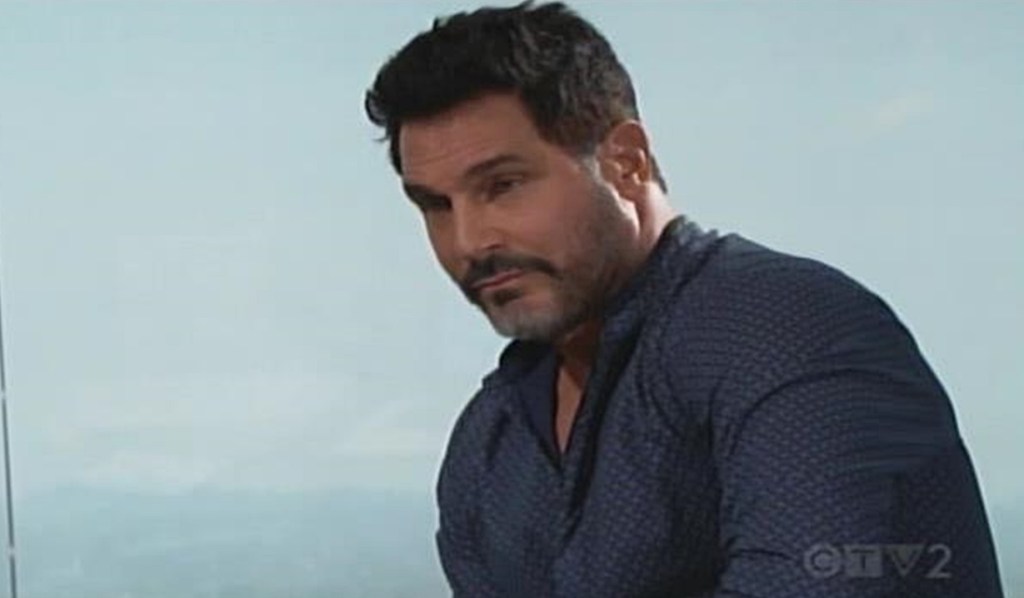 At the cliffhouse, Steffy flashes to mixing beer and pills before updating Thomas that Kelly wil be back soon. Thomas is surprised – she is Kelly’s mother, not Hope. “You shouldn’t be alone, you should be with your daughter.” Steffy didn’t want to disappoint Kelly and snaps at Thomas that she’s fine. Thomas thinks she’s a mess. She argues she’s recuperating. Thomas thinks it kills her that Liam’s not in the home and guesses she’s out of pain pills. Steffy rants at him to stop judging her and please leave. Later, Hope enters. Steffy asks, “Where’s Liam? Where’s Kelly?” Hope says Liam’s at work and Kelly’s still at her mom’s house – she begged to stay. Steffy was looking forward to seeing her daughter. Hope was trying to help. “By keeping my daughter away from me?” She grimaces as she snaps it wasn’t her decision to make. “She is my daughter, not yours.” Hope doesn’t think Steffy sounds like she’s alright. Steffy hollers that she was hit by a car – of course she’s not alright! She just wants Kelly, she wants her little girl! 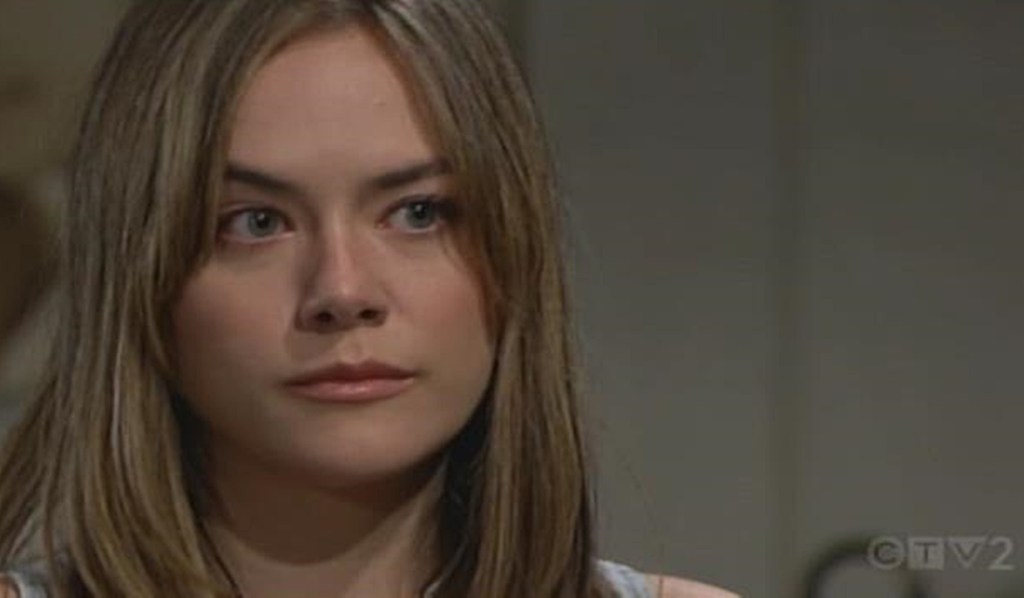 Next on The Bold and the Beautiful, Finn offers compassion to Steffy.