Wednesday July 29, 2020: On today's new episode recap of Bold and Beautiful, Ridge lashes out at Bill, Steffy realizes she's in serious pain, and Wyatt addresses Sally's lies. Please note that Thursday's B&B episode was preempted by the funeral of John Lewis. We won't have a preempt recap but we will be back tomorrow with a new episode recap for that. 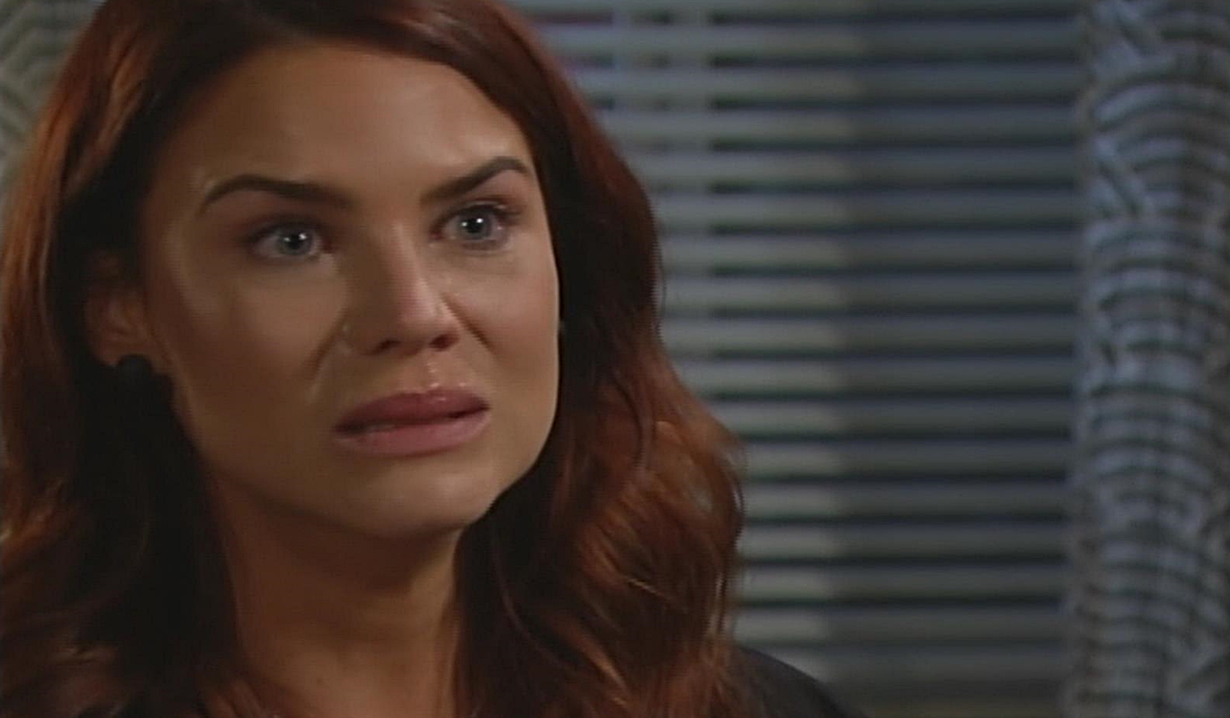 In the hospital, Steffy awakens. Ridge explains she was on the motorcycle and got hit by a car. She grimaces in pain. In the waiting area, Sanchez grills Bill on the collision. He explains it was an accident; neither of them was speeding…it all happened so fast. Meanwhile, Dr. Finnegan joins Ridge and Steffy, and informs her she has serious abrasions and contusions, but being awake is a good sign. The doctor has encouraging test results, but Steffy needs more x-rays. Steffy can’t take a deep breath without pain. Elsewhere, Bill goes over the collision as he flashes back to the scene. The detective decides an investigation isn’t necessary. He warns Bill about getting into it with Ridge before leaving. Bill tells Brooke he needs to see Steffy. In the room, Finnegan worries that Steffy has fractured ribs. Ridge demands something for pain relief and Steffy’s thankful. Ridge rejoins Bill and Brooke and is irked that Bill’s still there. He relays Steffy will be okay but may have broken ribs and lashes out that she’s in agony because of Bill. In Steffy’s room, Finnegan gives her pain meds through IV. 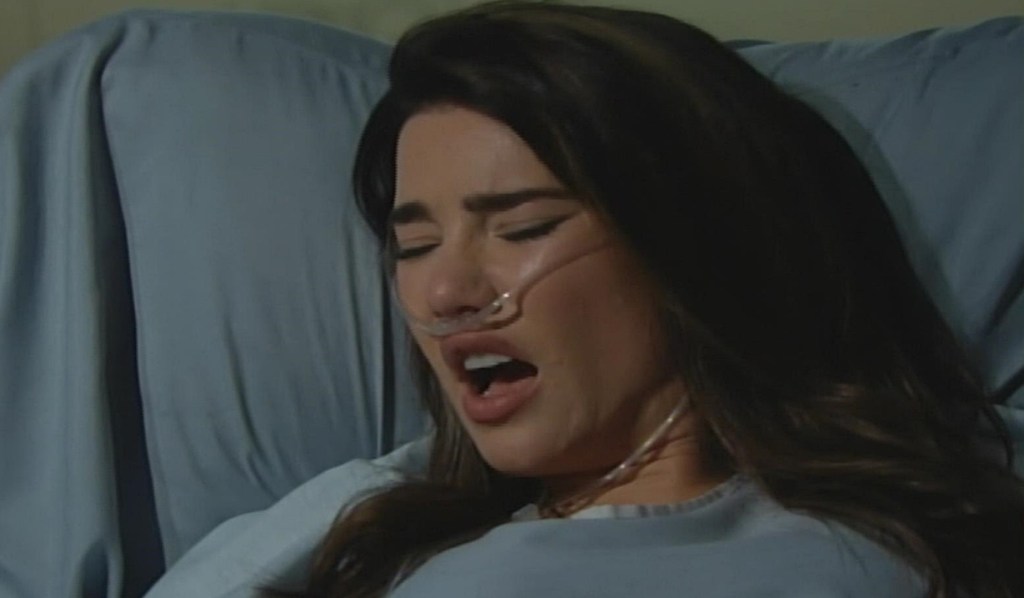 At Sally’s place, Wyatt’s indignant about her letting him believe she was dying. Sally wants to explain. Flo interjects that she was trying to come between them. Wyatt blurts the only way her crazy scheme would only have worked was if he really cared about her. Sally supposes that’s the problem – she thought he did and would have done anything to get him to stay. Wyatt couldn’t imagine she’d go this far. Sally recaps that when she first saw Katie at the hospital, she believed she was sick. When she saw how worried Katie was, she came up with the idea. She’d take it all back if she could. Wyatt chastises that she manipulated them and reminds her she didn’t want his pity. Penny thinks it was beautiful the way they all came together for her. Wyatt’s upset about the continual lying. Sally complains Flo was terrible to her. Flo argues that she was nice until she saw the medical records. Penny’s ashamed of how it spun out-of-control. Sally pleads with Wyatt not to involve the authorities – she just wanted more time with him. Flo calls it selfish. Sally tells Wyatt he betrayed her…all she needed was a little compassion, but she had to be dying to get it. She tearfully recounts how the lie changed her life. Flo interrupts – she told Wyatt she was going to trick him into getting her pregnant. Sally cries that she’s so sorry, but Flo came along and Wyatt forgot about the promises he’d made her. “I just didn’t want to be alone anymore. I love you so much, Wyatt.” Sally gasps and collapses to the floor unconscious. 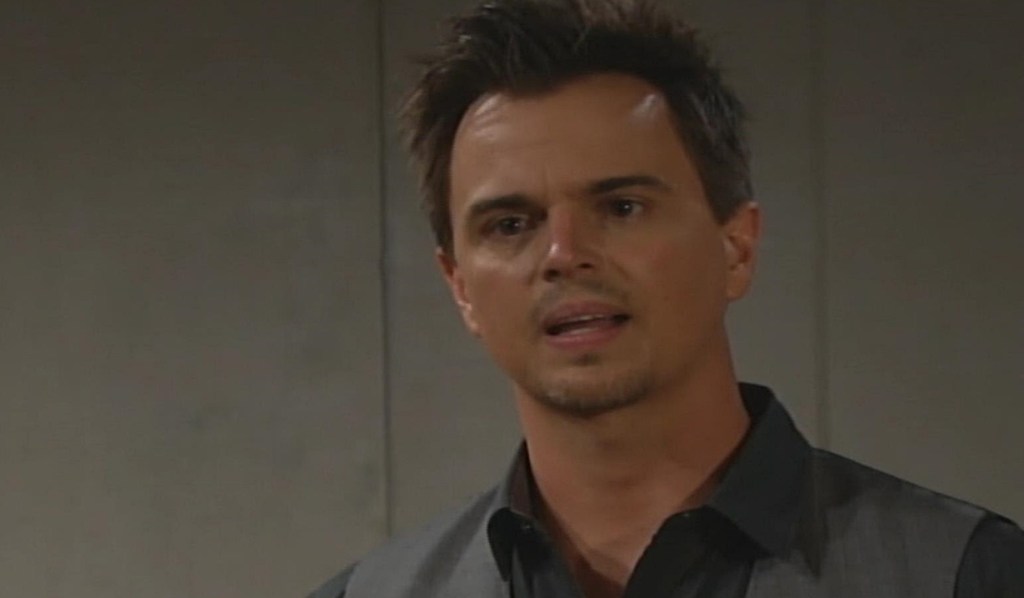 Next on The Bold and the Beautiful, Brooke contacts Liam with an update on Steffy. 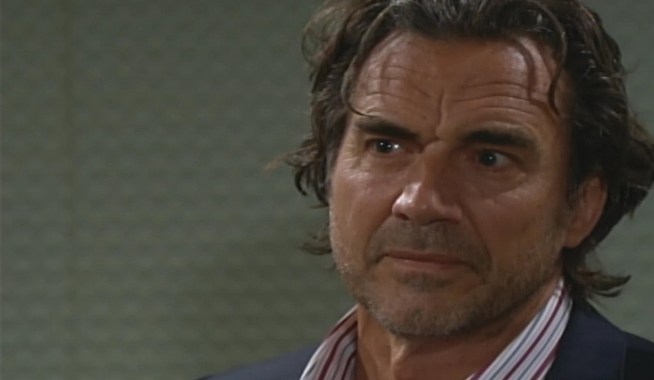 Ridge and Bill Are Reduced to Tears As Steffy [Spoiler]

Sally’s Rushed to the Hospital, Where Wyatt, Flo and Penny Learn She Had a [Spoiler] 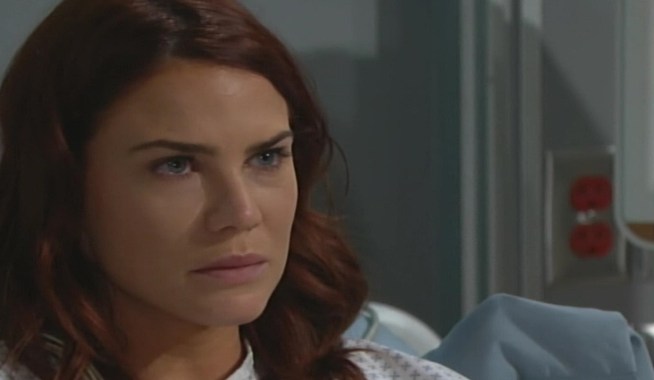