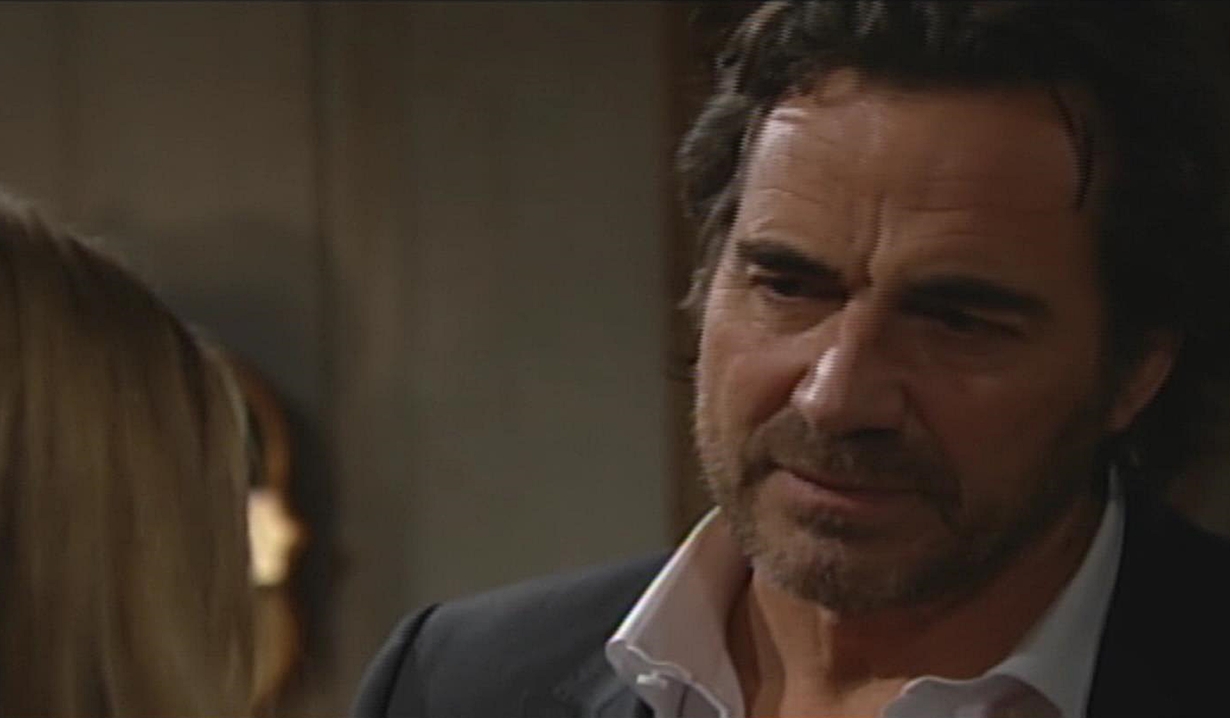 At the Forrester estate, Brooke persists in trying to get Quinn to divulge Ridge’s whereabouts. Quinn feels that since he’s not returning her calls, he doesn’t want her to find him. Brooke needs to know he’s okay. Quinn snarks that he’s fine – he’s an adult. It won’t kill Brooke to spend some time alone. Brooke muses, “Ridge isn’t alone, is he? He’s with someone and we both know who it is.” Quinn shrugs – she wouldn’t blame him if he was with Shauna. Brooke feels this is all Quinn’s fault. Quinn laughs – sure, she made her kiss Bill. Brooke says they’ve overcome bigger issues; she needs to find him. 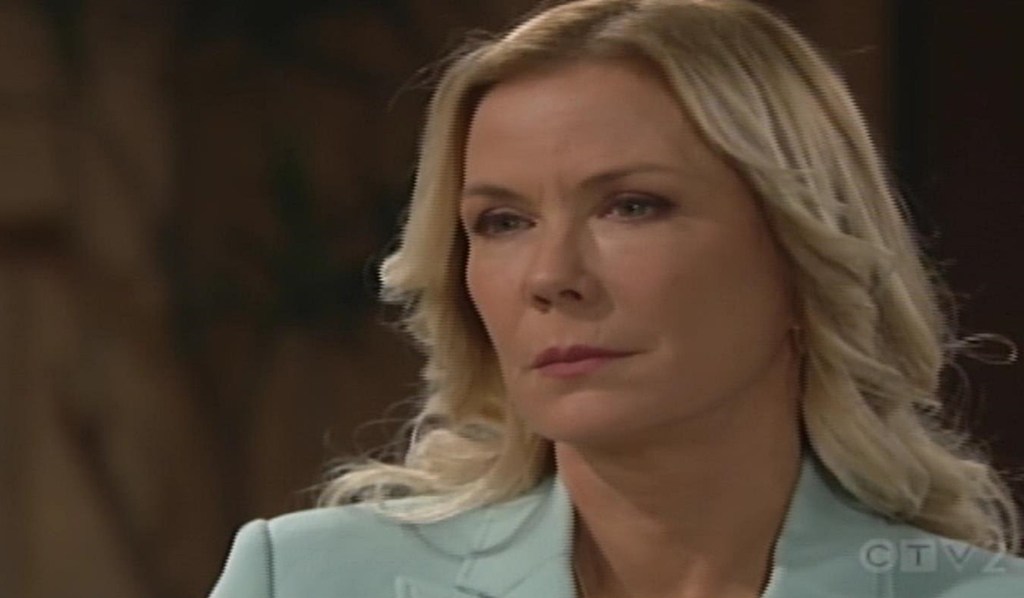 In Vegas, Shauna knows Ridge’s life is a mess, but she’d regret not telling him what it means for them to be together there right now. Shauna refreshes his drink as he admits it’s hard to shake the image of Brooke and Bill. Shauna questions, “Do you think you love Brooke too much?” Ridge wonders if she thinks he’s addicted to her. Shauna feels a relationship shouldn’t be such a struggle. The mood turns lighter as they decide to head out on the town.

In Dr. Escobar’s office, she warns Sally things have gotten out of control and wants to know when they can stop pretending that she’s dying. Sally reminds her she agreed to this in return for a shot at being a fashion designer – she’s not quitting until she gets Wyatt away from Flo. Penny exclaims over Sally making herself up to look sick. Sally will fake in until she makes it. Penny watches her practice trembling. Sally warns her not to judge. She hobbles on her walker and Escobar huffs that she looks ridiculous. She wants Sally to tell Wyatt the truth.

At the beach house, Flo just doesn’t think it’s good for Sally to keep living there – it’s gone on long enough. Wyatt doesn’t understand where this is coming from. Flo can tell this is taking a toll on him and it’s a little bit strange…considering Sally’s diagnosis, she hasn’t deteriorated at all. She believes Sally should be in a facility with trained medical staff. “You can’t take care of Sally. She needs to go.” Wyatt doesn’t want her to be devastated or feel abandoned. He wonders if it has to do with Sally trying to kiss him. Flo concedes she doesn’t like Sally trying to guilt him into recommitting, but maintains she needs professional help. Wyatt knows she’s right. Flo repeats, “You have to ask Sally to leave.” 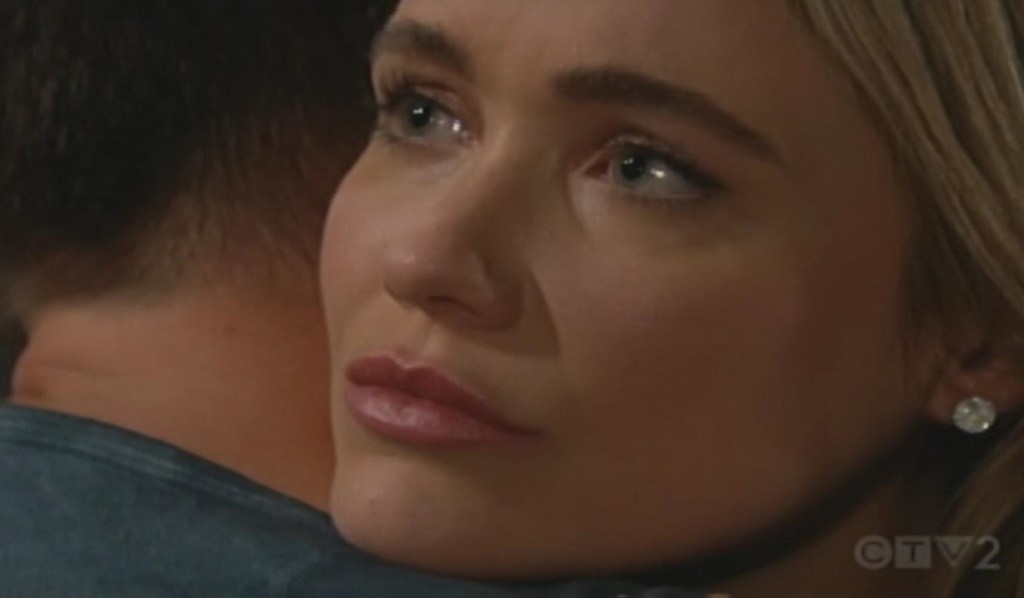 At home, Brooke calls Matt the Forrester pilot, (played by ET’s Kevin Frazier) and learns he flew Ridge to Vegas with Shauna Fulton. She insists he goes to bring him home.

In Vegas, Shauna and Ridge indulge in a wild night on the town. Ridge is clearly drunk as they kiss outside of a wedding chapel.

Quinn and Bill square off. 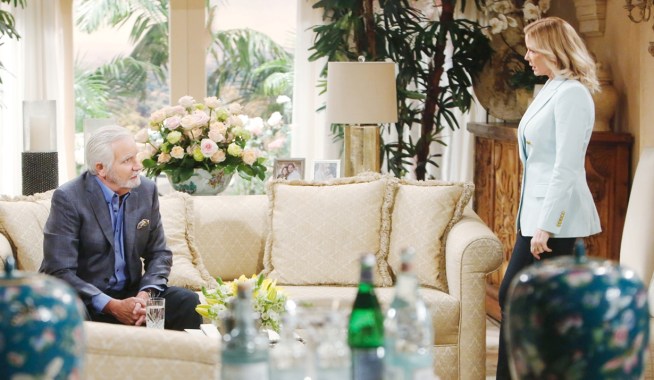 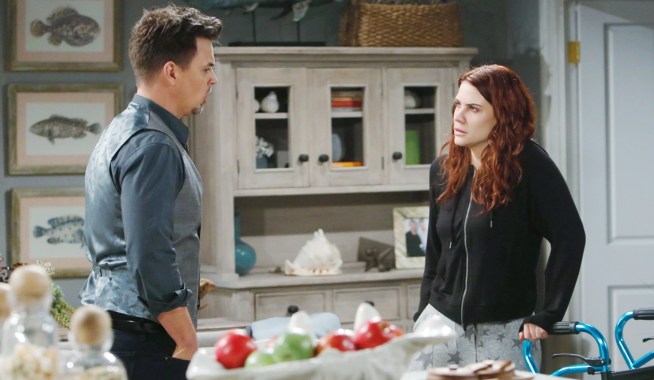