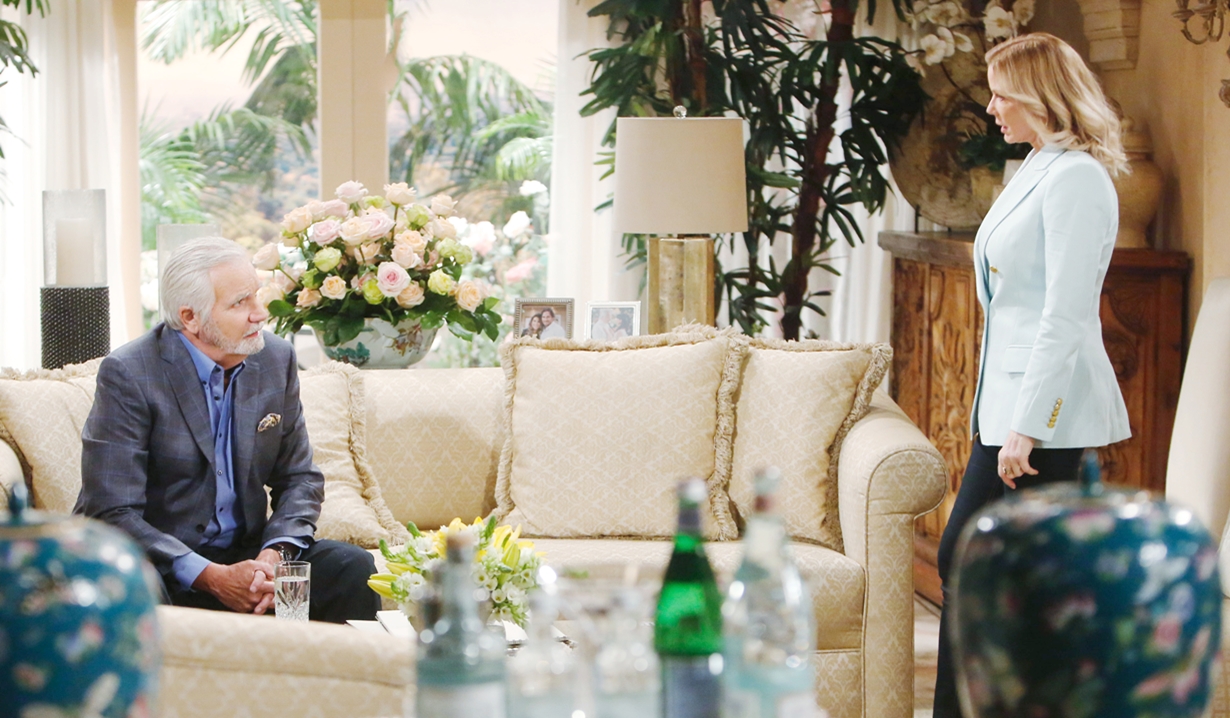 Ridge and Shauna make out in her living room, then go over how Shauna makes him feel better. Shauna thinks maybe it’s Vegas and they mull a wild night on the strip. Shauna wants to take him to the restaurants Vegas chefs like to eat in…after everything else she’s planned. Once they’re dressed up, Shauna makes her living room into Ridge’s private VIP room and mixes drinks. Ridge recalls the last time he drank with her and wonders if she’ll curl up next to him again tonight. Shauna shrugs that anything could happen. They share a slow dance and Shauna expects he’ll go back to Brooke and she’ll remain there. Ridge learns she’s never given her heart completely to anyone…until now. He kisses her deeply. 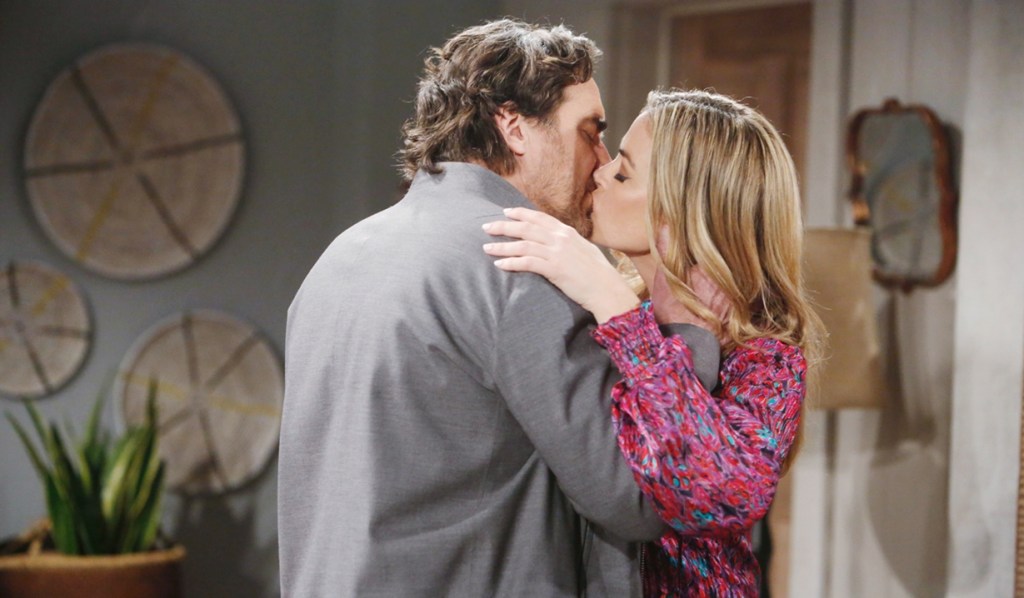 Brooke arrives in Eric’s living room and asks if he’s heard from Ridge. Eric hasn’t but can understand why he left – Eric doesn’t know what in the world she was doing kissing Bill Spencer. Brooke explains Ridge wasn’t listening to her, Bill was consoling her and they got caught up in a moment. Quinn comes downstairs as Brooke complains she would have told Ridge herself if not for his wife sabotaging her marriage. Quinn asks why she’d have to sabotage it when Brooke had already destroyed it. She questions if Brooke’s there to cause trouble between her and Eric. Brooke is trying to find Ridge; she’s convinced she can fix this. Quinn argues that Ridge may not want to be found. Brooke lashes out at Quinn and Eric cautions that she can’t blame his wife in this case. Brooke can – Quinn was obsessed with her best friend getting a second shot at Ridge. She demands Quinn reveal Ridge’s location.

In the beach house, Flo kisses Wyatt then learns Sally’s out seeing her doctor. Flo ruminates that things seemed off when she went to see Escobar – it was like she was on edge. She mentions that she’s also a fashion designer, which she finds strange. Wyatt doesn’t think it’s significant. Flo feels it could be time for Sally to move out. Wyatt’s flummoxed – it was her idea for Sally to move in. Flo insists it’s time for her to leave.

In Penny Escobar’s office, she tells Sally if dying isn’t going to get her what she wants – Wyatt – then they can end this charade. Sally feels they can’t stop now. She knows Wyatt loves her and believes the plan isn’t the problem – Flo is. Escobar warns Sally that Flo came to see her and saw her designs, though she downplayed it. Sally tells Penny she can’t give Flo any information – she’s devious and can’t be trusted. Escobar suggests Sally go away, come back cured and fight for Wyatt. Sally refuses, she has to be as close to Wyatt as possible. 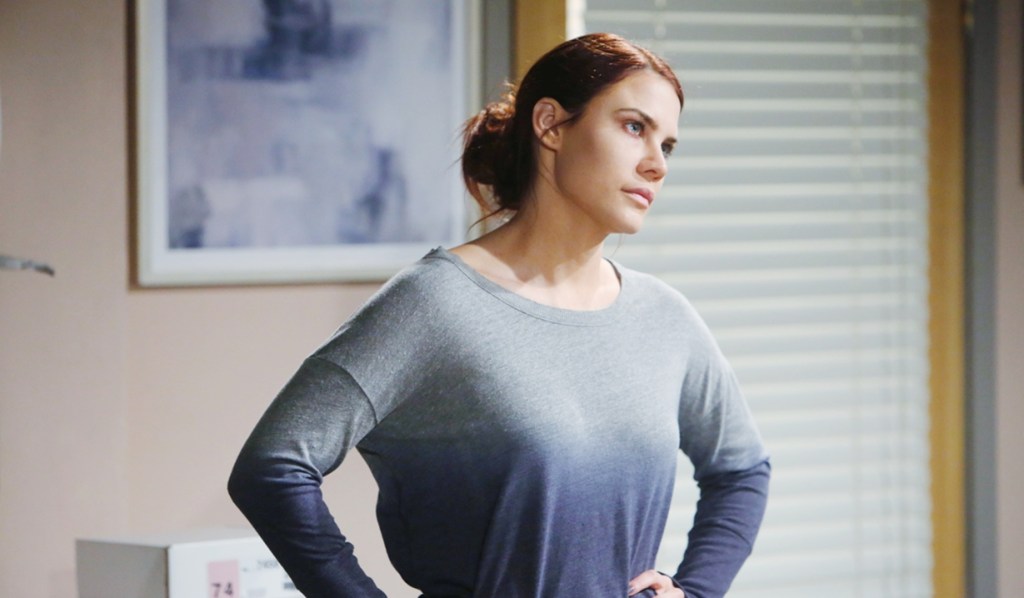 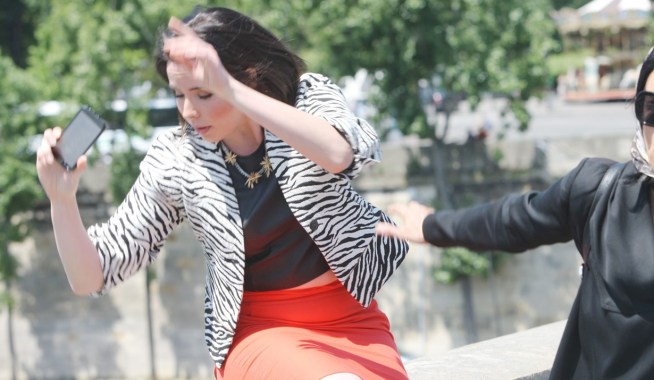 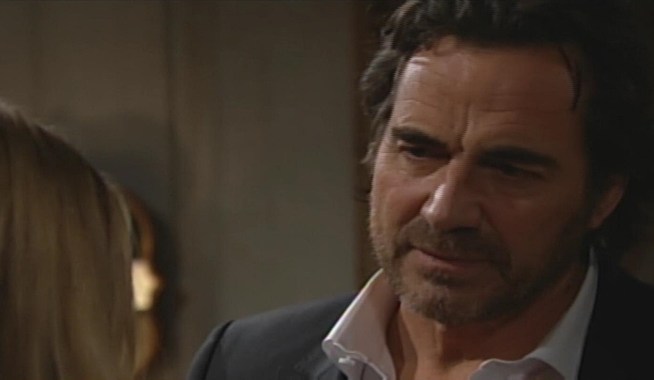