Thursday April 2, 2020: On Bold and the Beautiful today, Sally overhears Wyatt's phone conversation, Zoe worries about Flo's situation, and Dr. Escobar is warned not to crack. 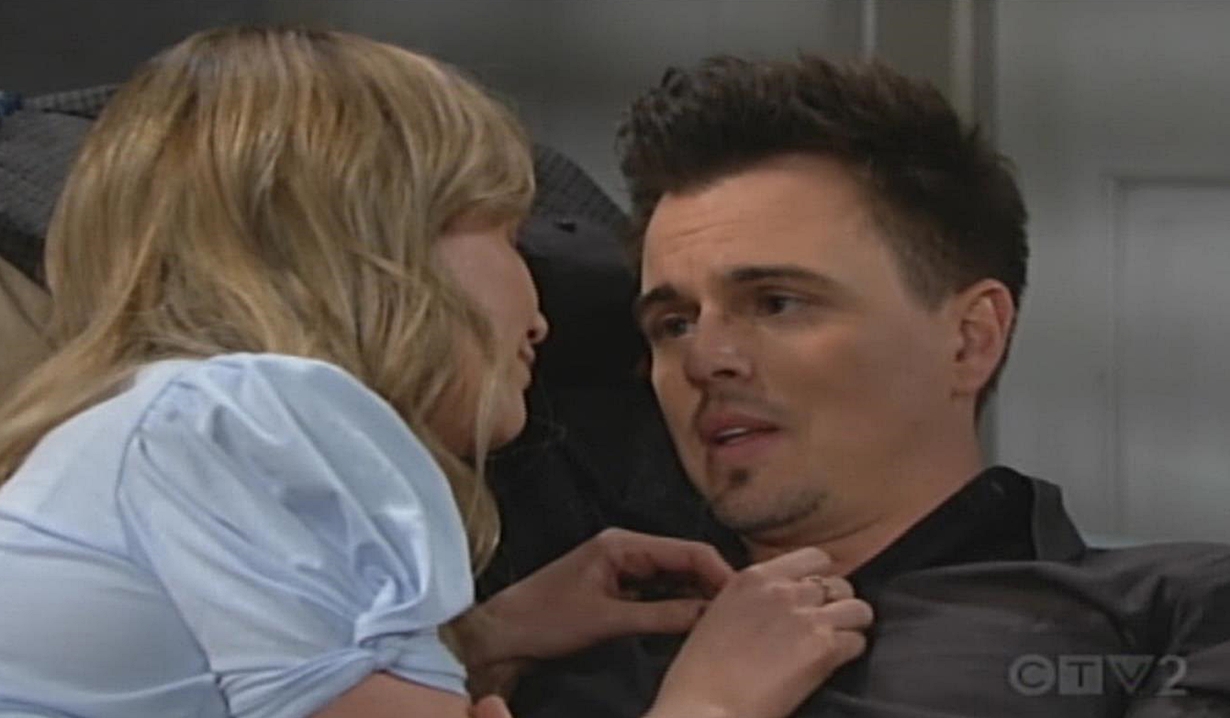 At the beach house, Sally overhears Wyatt tell Flo he misses her and will be over after he checks on her. After Wyatt disconnects, Sally makes herself paler with make-up, and emerges using a walker. She’s so grateful for him and Flo and admits she heard him on the phone. Wyatt feels bad. Sally asks him to let Flo know she’s grateful; she clearly feels she has nothing to worry about. They hug and Wyatt leaves. Sally intones, “What I really want is for you to tell her it’s over.” Dr. Escobar arrives, impatient for Sally to come clean – it’s only a matter of time before Wyatt realizes she isn’t dying. Sally protests that this will work; her original symptoms were real. Escobar reminds her it was stress. Sally won’t let Wyatt end up with the manipulative baby-thief – they will end up back together. She feels the plan is working. They recap using Katie to enact the plan – she was so concerned about her dying alone, she knew she’d tell Wyatt, who wouldn’t bail on her. He loves her and they would be married right now if it weren’t for Flo. She sees Flo is arrogant and wants people to admire her – it’s sick. Escobar points out Sally’s pretending to be dying. Sally maintains she is protecting Wyatt from the scheming bitch who has done nothing but make her life miserable. 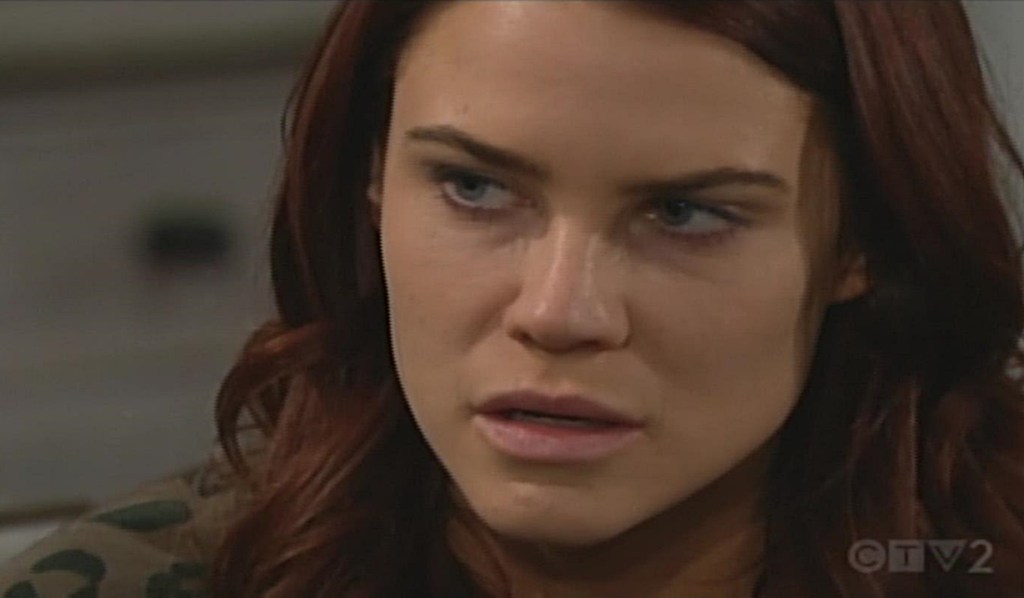 More: This Is Us pilot features tear-jerking moments

Zoe arrives at Flo’s apartment and questions Sally living with Wyatt. Flo confides she and Wyatt are still together; she encouraged the living arrangements so Sally wouldn’t be alone in her last few weeks. Zoe questions, “Do you really think that’s a good idea?” She points out they were engaged and could still have feelings. Flo knows Sally still loves him but isn’t concerned – Sally knows Wyatt’s there for her only as a friend. They go over the situation and Flo admits under any other circumstances she wouldn’t be okay with Sally living with Wyatt. Zoe isn’t trying to make her feel nervous, she just knows how intensely Sally felt for Wyatt. Just then, Wyatt arrives, and reports Sally overheard them on the phone earlier. After Zoe leaves, Wyatt feels guilty about canoodling with Flo on the couch. Someone knocks – it’s a bouquet of flowers for Flo. She assumes they’re from Wyatt, but they’re from Sally thanking her for the greatest gift of this time with Wyatt. Flo decides she wants to talk to Dr. Escobar – maybe she can convince Sally to try some new treatments. 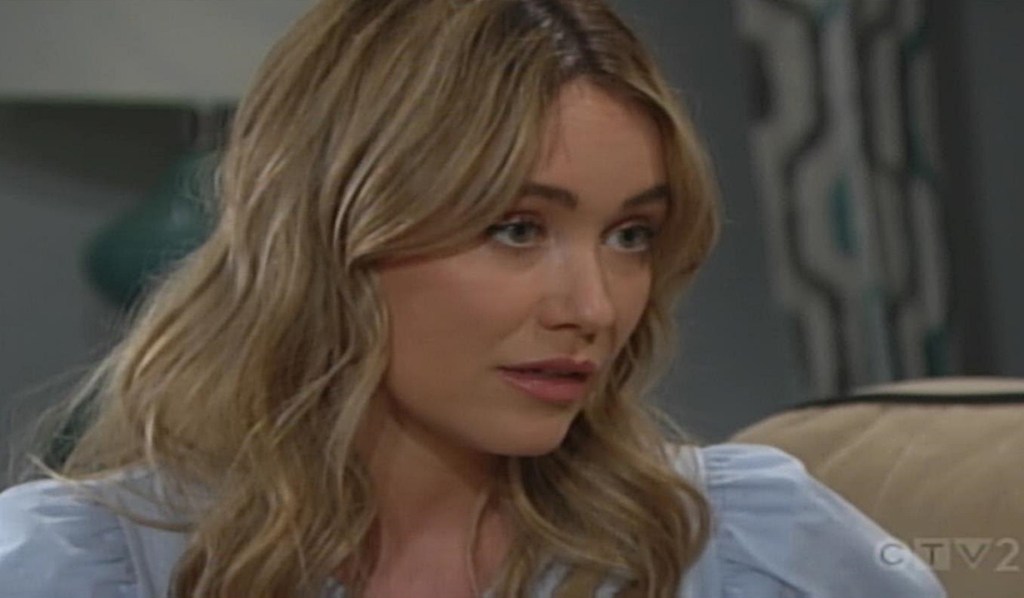 At the beach house, Sally updates Escobar on the flowers she sent and is setting Flo up to be blindsided like she was. The doctor complains keeping this secret is killing her. Sally warns her not to crack and stick to the plan. 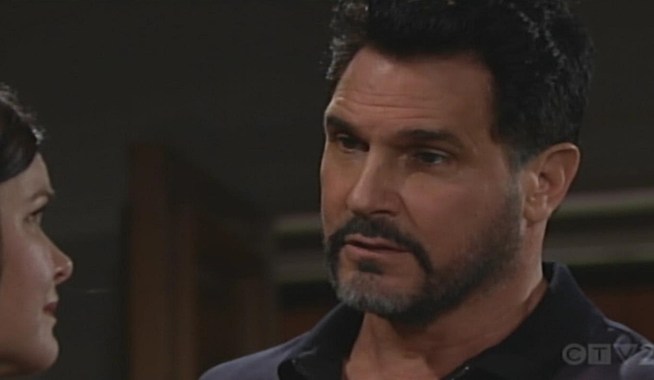 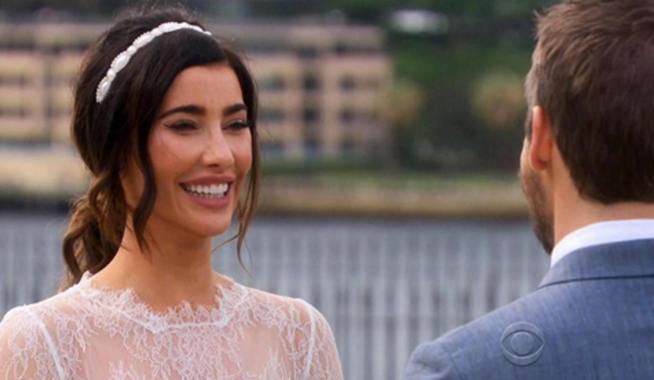