Tuesday March 24, 2020: On Bold and the Beautiful today, Katie worries about Flo's visit to Sally, Shauna wants to leave town, and Sally plots to make Wyatt hers again. 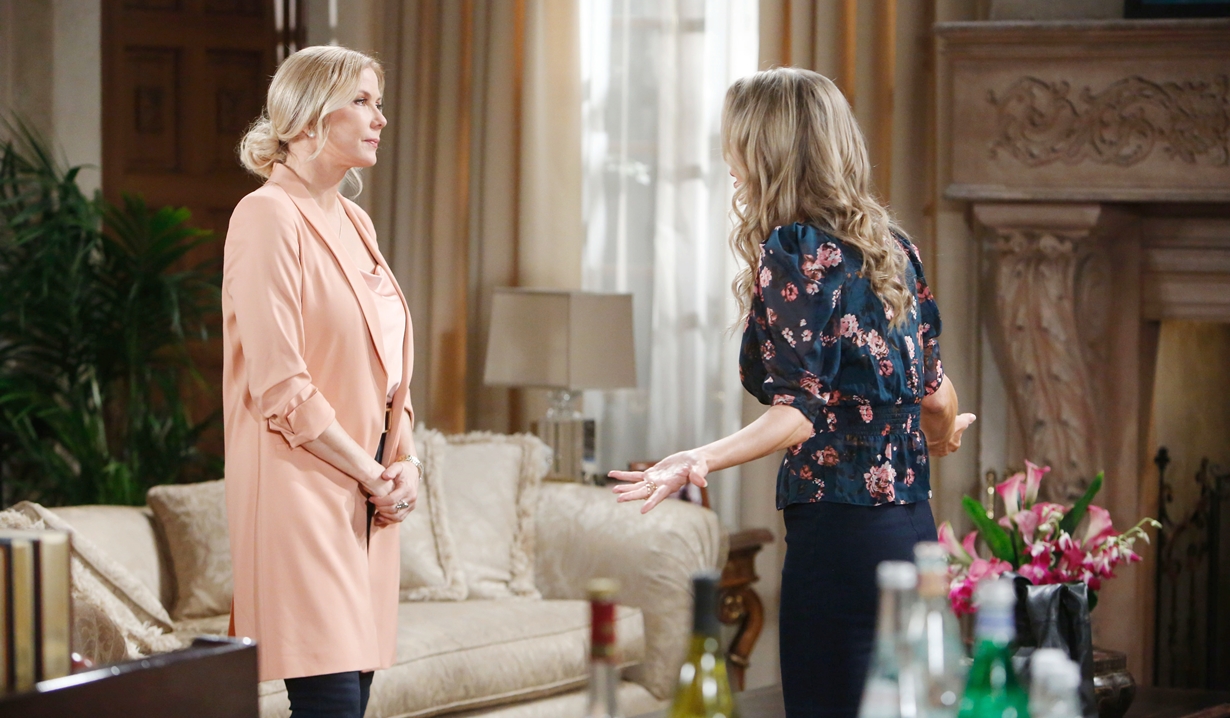 In Brooke’s living room, Donna can’t imagine how she can explain kissing Bill. Brooke protests that it was the night before Thomas’ wedding and Bill was being caring and supportive – it just happened. Bill loves Katie and she is committed to Ridge. Donna believes her. Brooke asks if Donna was outside the cabin. Donna wasn’t – but someone else definitely was there. Donna indicates the video on the digital photo frame. Brooke panics – they have to delete it! Donna learns they can reset the frame but will lose everything. After it’s done, Donna hugs Brooke. They realize Ridge gave Eric the link to the frame – Quinn uploaded the video. Brooke storms out. 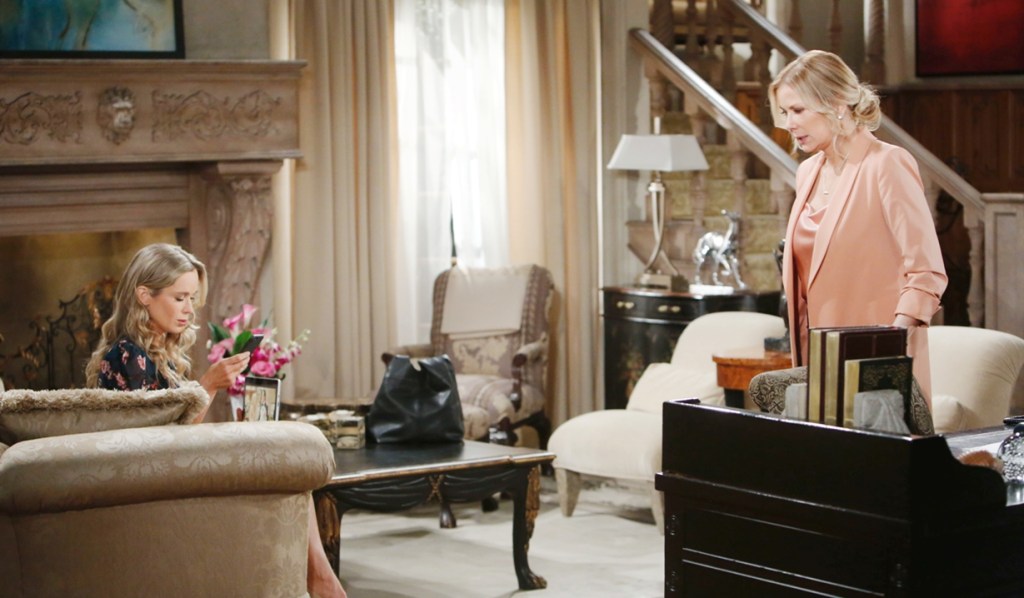 At the Forrester mansion, Shauna arrives and tells Quinn she won’t say anything to Ridge about the video and has decided to go back to Vegas. Quinn wants her to stay and watch Brooke get blown out of the water, then be with the man of her dreams. “You can’t leave.” Later, Brooke arrives and trades barbs with Quinn, who needles about the men she’s slept with, including Bill Spencer. Brooke seethes, “It was you, wasn’t it?” She knows Quinn wants Ridge with her best friend but none of them will come between her and Ridge again – not in this lifetime.

At Spencer Publications, Katie tells Bill if Sally doesn’t want pity from Wyatt, she certainly won’t want it from Flo. Wyatt enters and says he hopes Sally can see how generous Flo is and they can come to an understanding. They reflect on Sally not having much time. Wyatt wishes she was healthy, and that he and Flo were starting their life together, but this isn’t a chore for him – he wants to be there for Sally. Later, Bill tells Katie he wants to sit out Brooke and Ridge’s reunion party. Katie stresses that Brooke is supportive of their relationship, so he should be there when she asks. 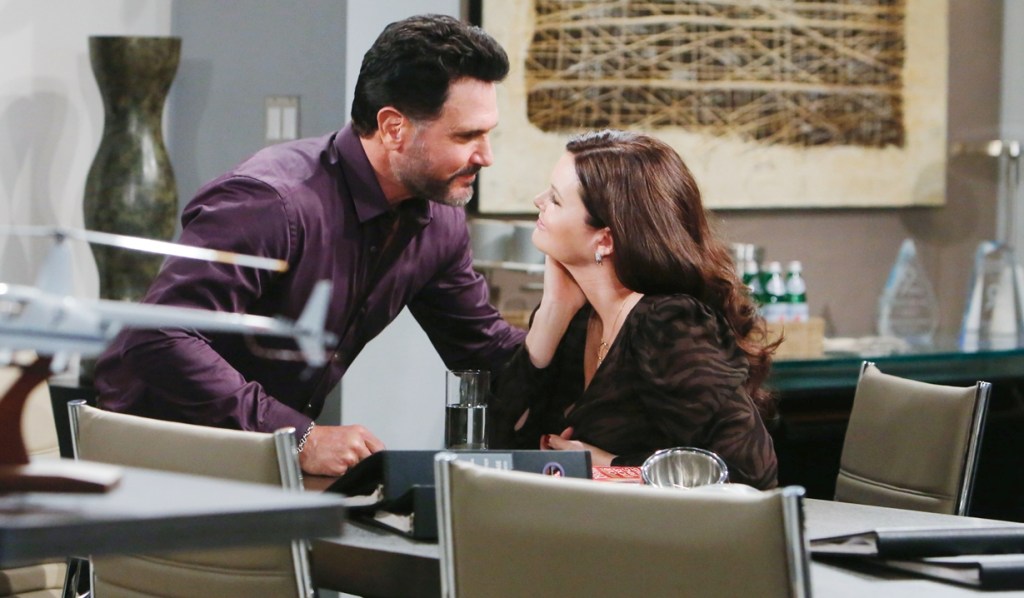 More: In the latest Supernatural recap a rescue occurs

In the beach house, Sally chides Flo for not calling before coming over. Flo apologizes and says she looks great. She confirms she knows Sally’s situation and hopes she won’t be mad at Wyatt for telling her. Sally didn’t want Wyatt to know, but he assured her he wasn’t with her out of pity. His being there is the only thing getting her through. Flo is glad Wyatt’s there for her. Sally remarks on how selfless Flo is, then feigns a dizzy spell. Wyatt arrives. Sally appreciates Flo’s sacrifice and would like to spend what time she has left with Wyatt. Wyatt steps out for a call. Flo assures Sally they’ll be there for her as her friends. They hug. Sally thinks, “It will be just enough time to make Wyatt mine again.”

Brooke is absent from her own party.

Donna’s Horrified to Discover the...

Brooke Vows to Tell Ridge About Her...