Monday March 23, 2020: On Bold and the Beautiful today, Sally implores her friend Penny to keep quiet, Quinn's intrigued by an invitation, and Flo visits Sally. 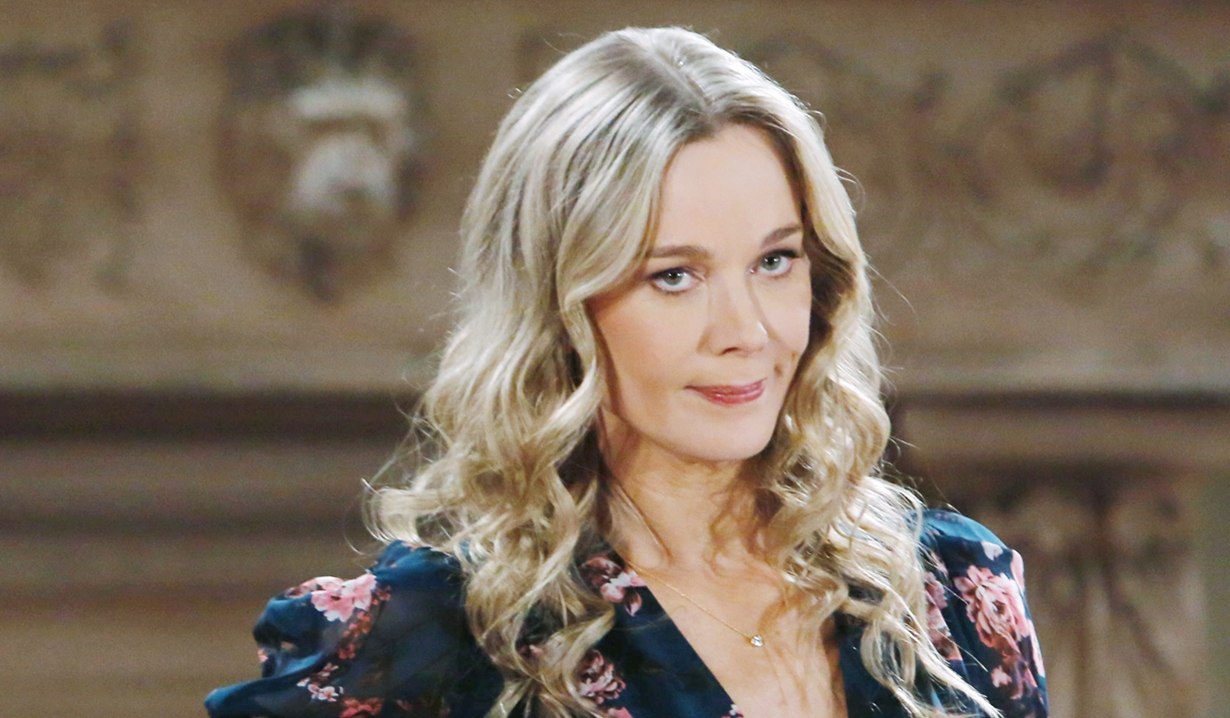 At home, Brooke and Ridge kiss and admire the photos in the digital frame but turn away before the Brooke and Bill video plays. Donna arrives to discuss a reunion party and spots Ridge’s gift.

At the Forrester mansion, Eric gets a message from Brooke, who is inviting them to a reunion party for her and Ridge. Quinn muses that Bill and Katie should be there and grins about what a celebration this will be for Brooke as her loved ones witness her with the man she was meant to be with.

At the beach house, Dr. Escobar wonders why she agreed to this and frets about getting in trouble. Sally urges ‘Penny’ to follow her lead and they’ll both get the outcome they want. Escobar thinks it’s beyond cruel to make everyone think she’s dying. Sally reminds her she did this because she wants to get into fashion and reflects that she could have a career in acting – Katie Logan believed every word she said and did exactly what she thought she would do by blabbing. Penny implores that Sally’s not dying and that’s the truth that need to come out. They bicker as Sally complains that Wyatt’s only with her because he thinks she’s dying – so she still needs to be dying until he remembers how good they are together. She warns Penny if the truth comes out, she’ll never be able to get her into Forrester. “Eyes on the prize, Penny.”

At Spencer Publications, Wyatt, with Flo, thanks Katie and Bill for coming. He thinks Sally’s worse since the doctor came to the house and relays that Sally came clean. Katie grimaces over Sally knowing she told him. Wyatt relays how Sally became angry and fell while trying to take off. He insisted she should stay with him. Flo wants that for both of them. She would like to talk to her now that things are out in the open. Wyatt likes it, but Katie looks wary. After, Katie gets an invitation to Ridge and Brooke’s reunion party and comments that they always end up together. 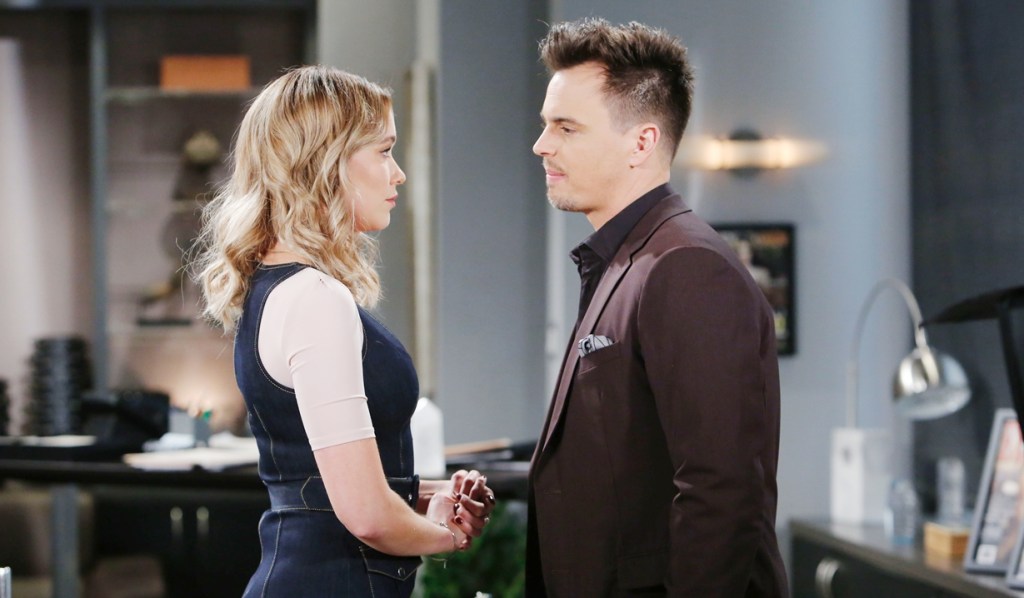 After Ridge has left the house, Donna uploads a sexy picture of herself on the digital photo frame as she and Brooke laugh. Brooke doesn’t know how to delete it and asks Donna to check the frame. Brooke steps away and Donna’s horrified to see the video of Bill and Brooke kissing. Brooke returns and Donna questions if she’d ever go behind Katie’s back again. She can’t imagine what that would do to Katie. Donna becomes agitated and rants, “I know what you did. I saw it with my own eyes. I saw you kiss Bill!” 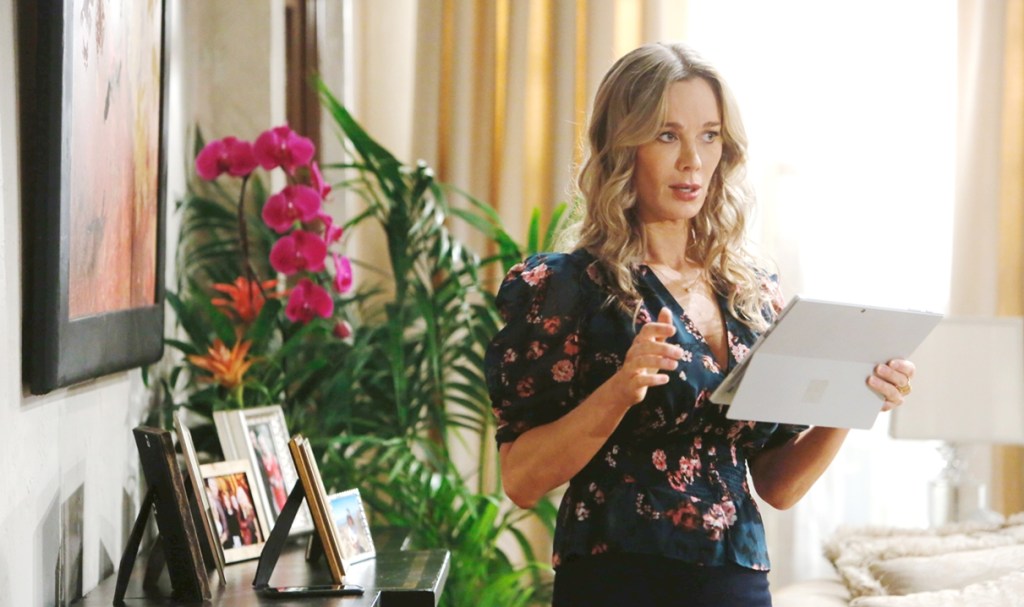 More: Watch Brooke respond to being blackmailed by Quinn

Flo arrives at the beach house and panics to see her lying on the floor. She rushes in and Sally’s merely doing yoga with headphones in. 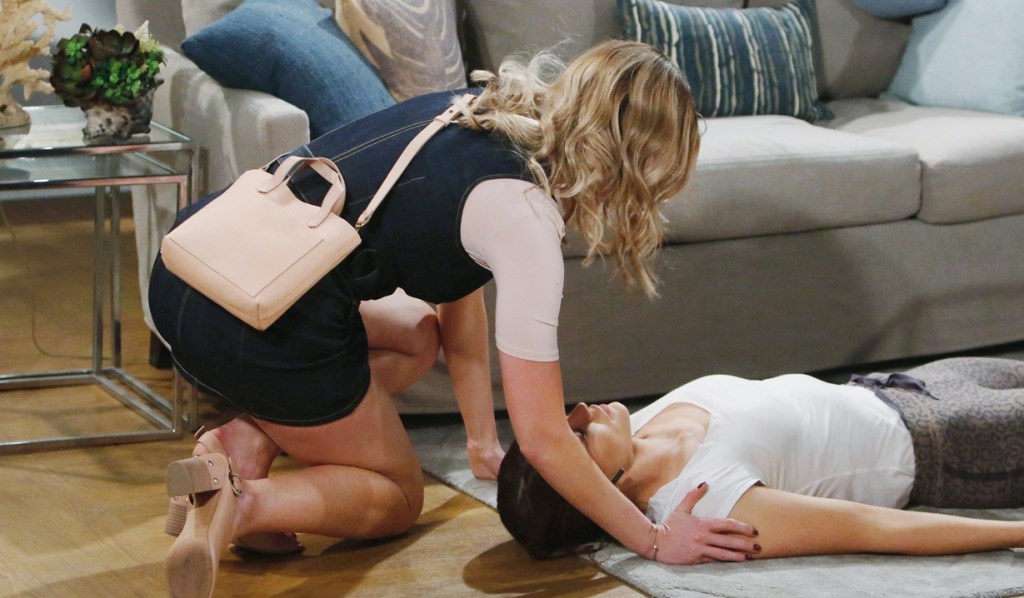 Brooke Puts Quinn on Notice After...