Thursday March 19, 2020: On Bold and the Beautiful today, Brooke flashes to kissing Bill, Flo meets with Wyatt, and Quinn steals the incriminating video of Brooke. 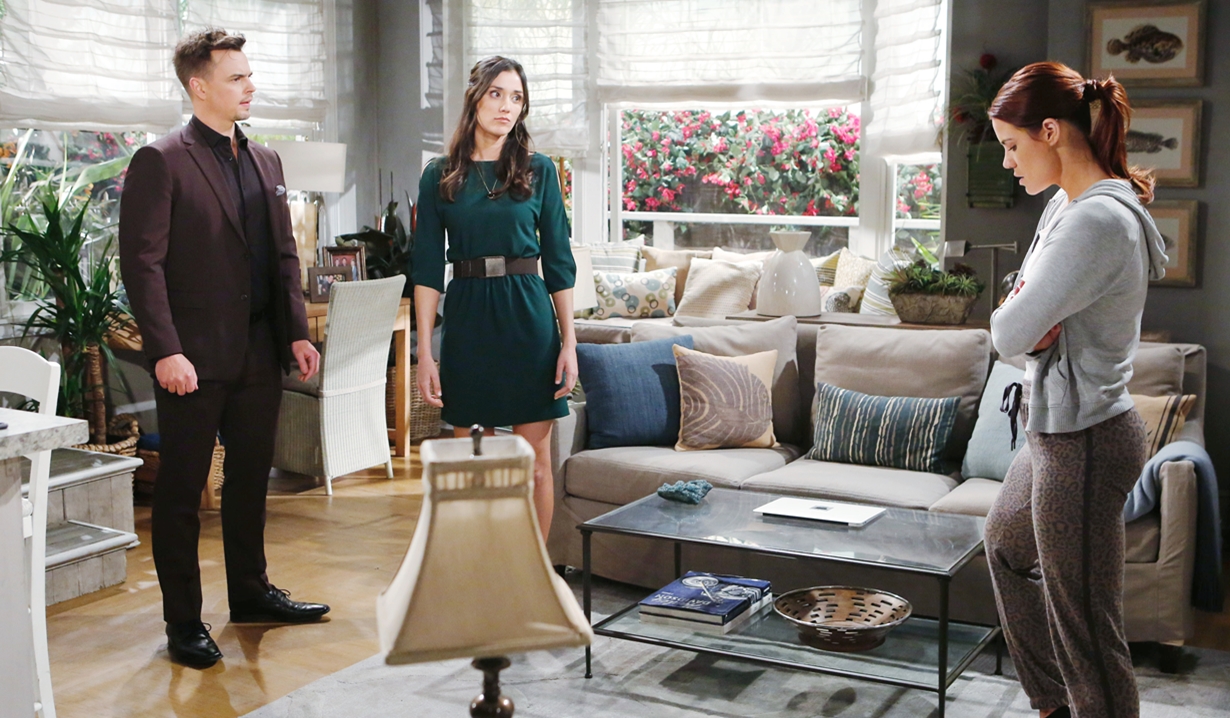 At Forrester Creations, Katie and Brooke go over her reconciliation with Ridge and discuss Quinn pushing Shauna on him. Brooke thanks Katie for being there for her and is glad everything has worked out for both of them. They embrace. Once alone, Brooke flashes to kissing Bill.

At Spencer Publications, Flo learns Sally hasn’t opened up to Wyatt about her illness. Wyatt wishes she would and wants Sally to trust him, though he understands why she doesn’t. He hates they’re both keeping a secret from each other. Wyatt shares that Sally spilled the orange juice and he had to act like it was no big deal. Flo loves Wyatt even more for what he’s doing for Sally. Wyatt is moved Flo is letting him do this. They embrace. 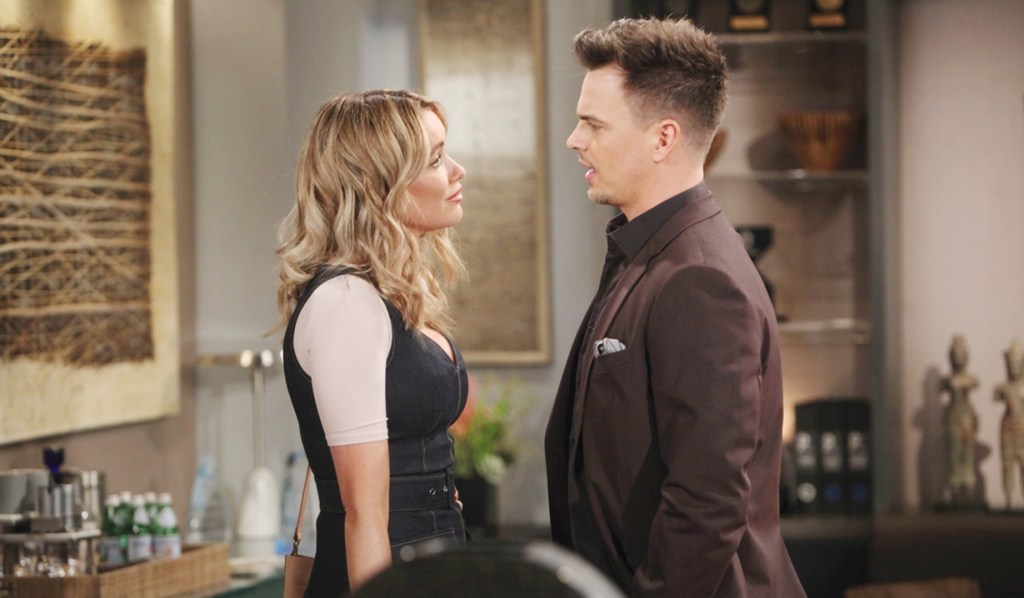 Dr. Escobar arrives at the beach house, much to Sally’s chagrin. She tells Sally she can’t keep dodging her and must tell people about her diagnosis. Sally orders Escobar to leave repeatedly. They argue as Sally insists she’s going to handle this her way. Wyatt walks in on the heated exchange. Dr. Escobar is glad to finally meet him and says he deserves to know what’s going on. Sally stops her from telling him – she’ll do it. Sally agonizes that she doesn’t want him to look at her any differently, but he needs to know the truth. She reveals she’s sick and states, “I’m dying.” Wyatt gawps. “Dying?” 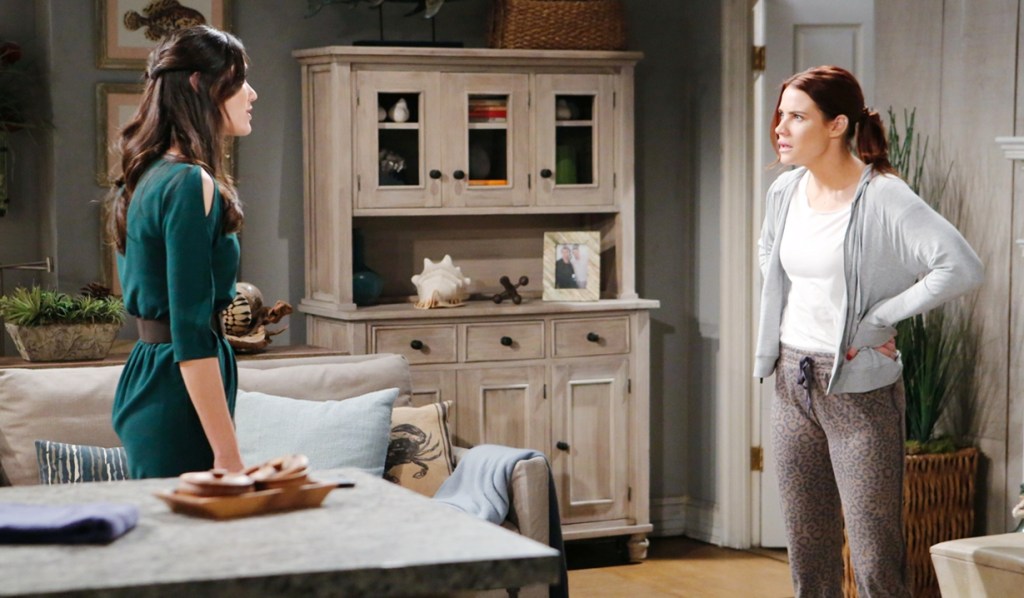 At the Forrester mansion, Quinn rants that the video is proof of Brooke cheating on Ridge. She finally has the ammo to take Brooke down and end Ridge’s relationship with her for good. Shauna grimaces and exclaims that right before she saw Brooke and Bill, Ridge was telling her his hopes that he and Brooke would reunite after Thomas’ wedding. She describes going to the cabin to assure Brooke she didn’t have to worry about her coming between her and Ridge, then seeing her kissing Bill before she could knock. Quinn wants her to show Ridge and doubts he’ll even be that surprised. Shauna doesn’t want to be that person – there’s no way she’ll let Ridge see the video. Quinn argues that she didn’t do anything wrong and Ridge has a right to know. She’s certain Brooke will hide this – Shauna needs to defend the man she loves. Quinn brings up Katie, who has been so good to Flo, and her humiliation as she presses that it’s Shauna’s chance to get her man. Shauna can’t condemn Brooke for kissing Bill when she’s kissed Ridge. Quinn exclaims that it’s different and insists Ridge would want the truth. When Shauna gets a drink, Quinn sends herself the video from Shauna’s phone. After, Shauna can’t cause Ridge pain and deletes the video. Once alone, Quinn watches the video and smiles. “Gotcha’ bitch.”

Shauna Shocks a Gleeful Quinn With a...