Steffy Comes Clean to Brooke and Ridge About Conspiring With Thomas 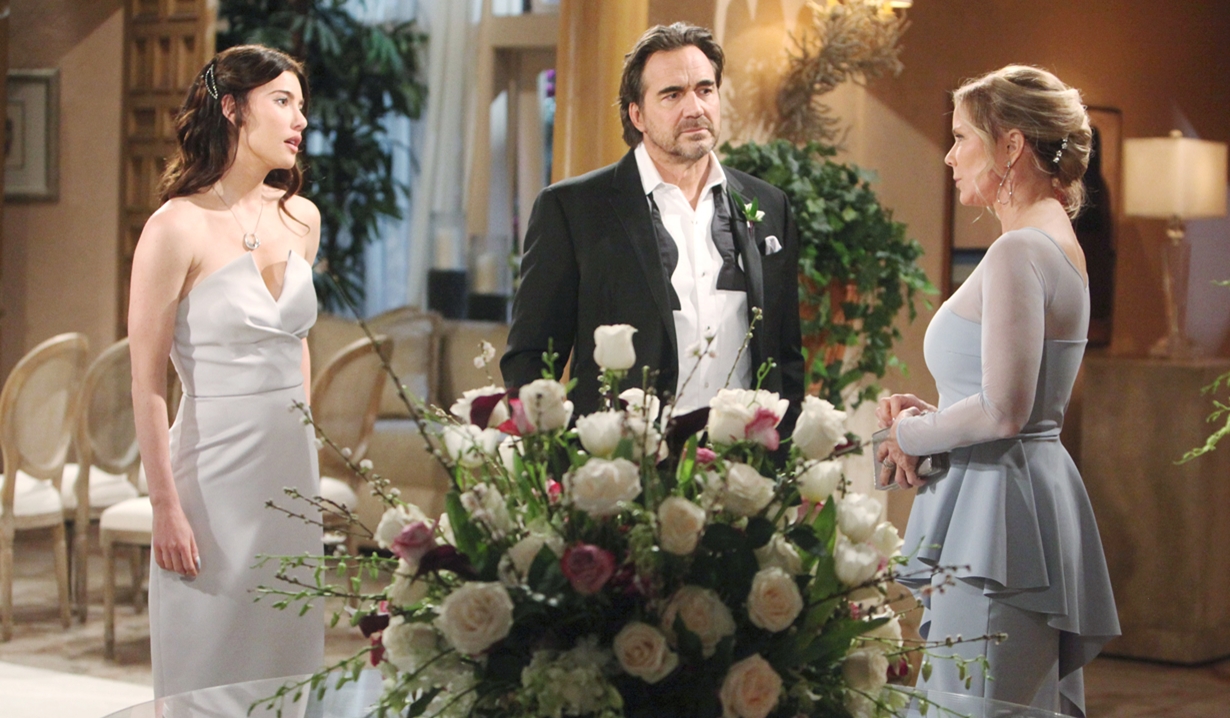 At the Forrester house, Steffy tells Ridge she hopes Vinny can find Thomas. Nearby, Carter feels bad for Zoe, and Quinn agrees you could see how hurt she was. Carter reflects one day she’ll be at the altar with a man who wants to be there with her. Steffy joins Hope, Liam and Douglas – she’s proud of the boy. Douglas figures his father is pretty mad at him. They all assure the boy he will stay with Hope and Liam. Steffy advises Thomas had good inside and Douglas has a mother to care for him until he shows it – she’s happy for Hope and Liam’s little family. 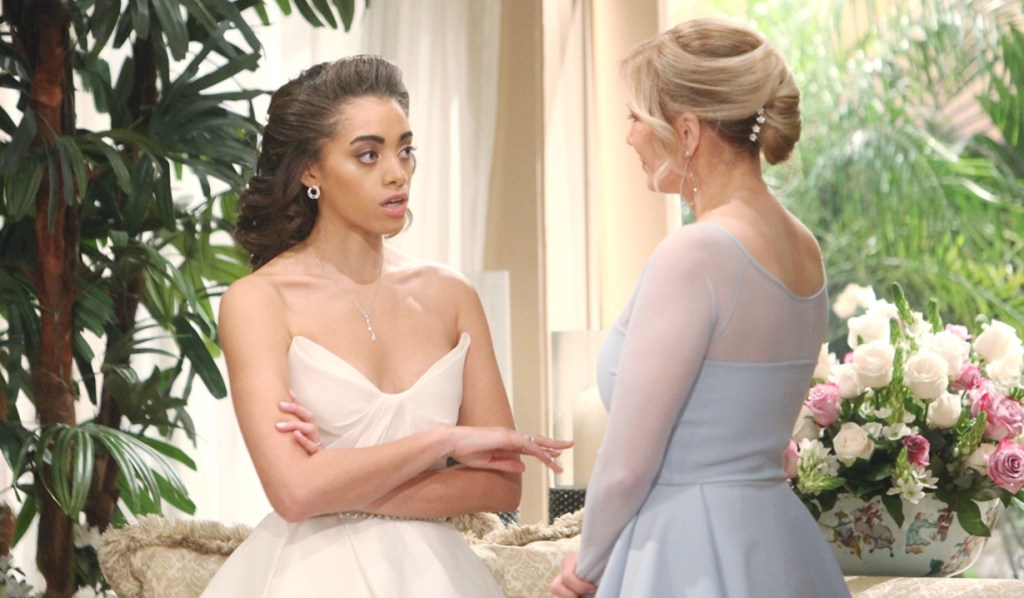 Still in the living room, Carter checks in with Zoe, who was really hoping Thomas’ feelings for her were real. Carter’s certain there are better days ahead for her. Across the way, Ridge hopes Brooke can forgive him. They embrace. By the stairs, Hope has changed out of the wedding gown and thanks Steffy for what she said earlier. Liam agrees it was really sweet. Hope points out they’re one big blended family. Steffy says their kids will grow up together as they planned. Steffy walks off and Hope promises Douglas his dad will be a good man again. Liam will do everything he can to help Hope look after him. Douglas is totally cool with that. Later, Zoe has changed, and Eric apologizes for his grandson. Carter sees her out. Eric tells Ridge they’ll get his boy the help he needs. Elsewhere, Hope hopes Brooke and Ridge will reunite. She, Liam, and Douglas leave. Brooke thanks Steffy, who impressed her today. Steffy states Liam belongs with Hope – she’s strong enough to accept what’s true. Ridge hugs her. Brooke asks what Hope meant when she said Steffy told them everything. Steffy explains Thomas talked her into kissing Liam so Hope could see. She told the truth, then this whole plan was set in motion. After Brooke leaves, Steffy urges Ridge to go join Brooke at home. Ridge is concerned about Steffy, who admits it hurts, but she’s not sad or jealous – Liam and Hope finally have the family they deserve. 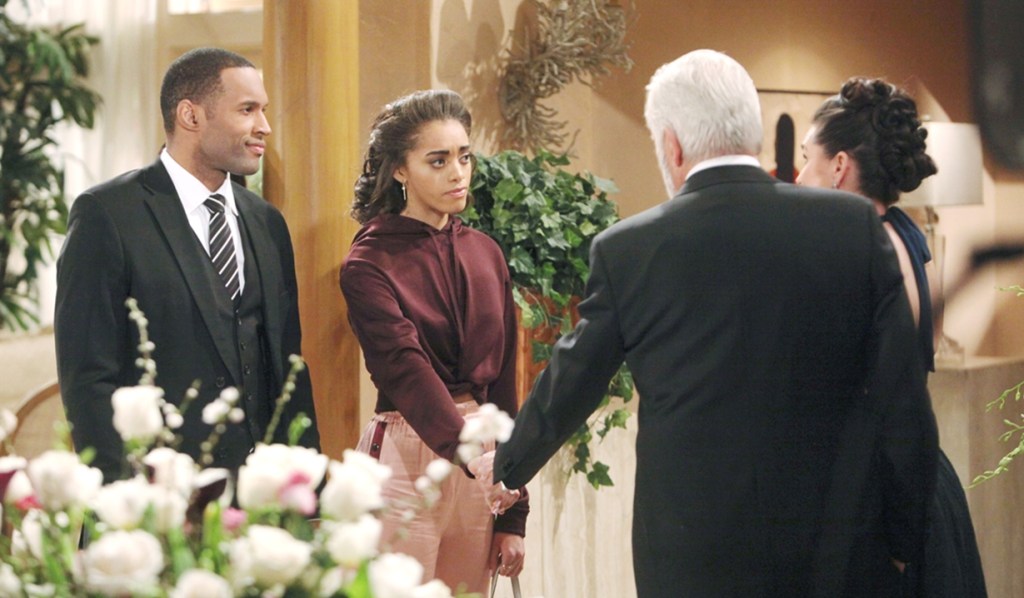 In the cabin, Liam asks for a moment with Douglas. As Hope checks on Beth, Liam tells Douglas he wants to make the night special. When Hope reappears, Douglas is elsewhere working on a project. Hope thanks Liam for taking on this father role for him. Liam says he’s her son and they’re a family…finally. Douglas enters with homemade ‘Bride’ and ‘Groom’ t-shirts. He wants Hope to marry Liam. Douglas knows she doesn’t have to marry his daddy to be his mom. He asks Hope to make it official. Liam thinks they could have a ceremony and get a license to make it official later. Hope agrees, and they rejoice. 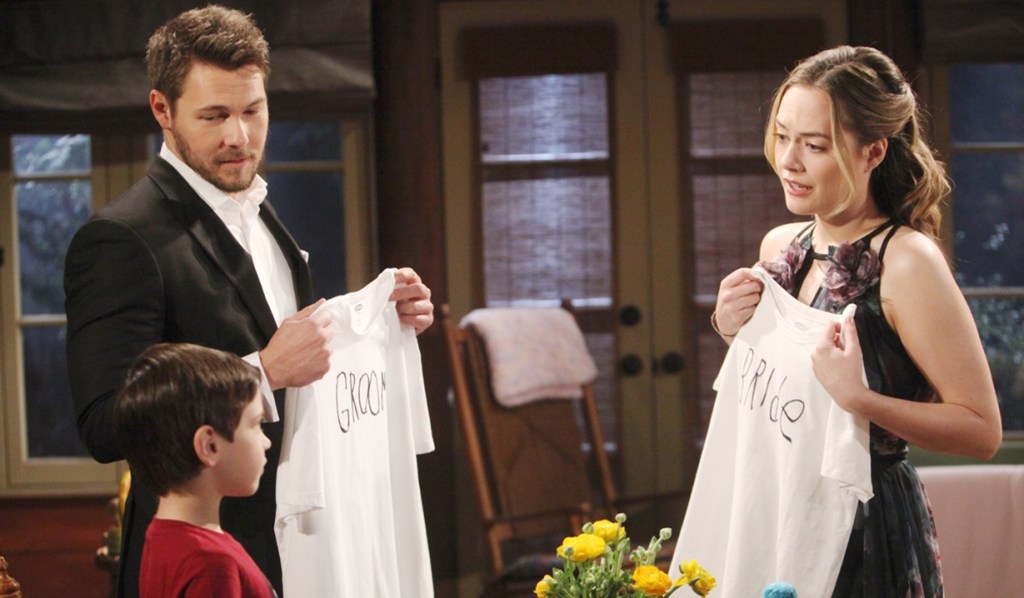 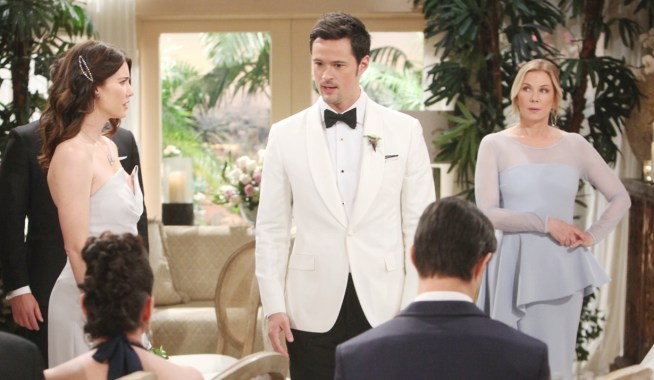 Hope & Liam Marry in a Cabin Ceremony Officiated by Douglas 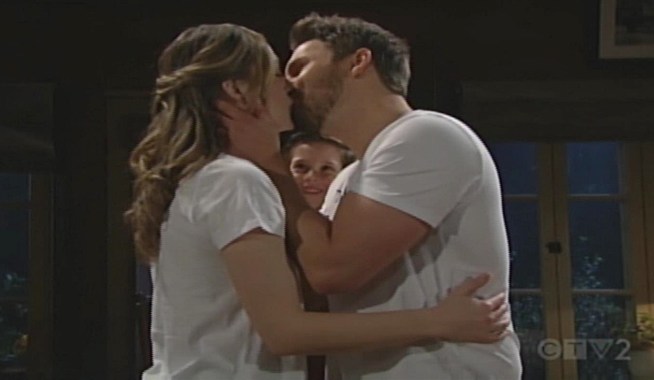