Thursday March 5, 2020: On Bold and the Beautiful today, Liam warns Hope not to fall for Thomas' scheme, Steffy calls her brother out on his obsession, and Carter tells Zoe she can do better. 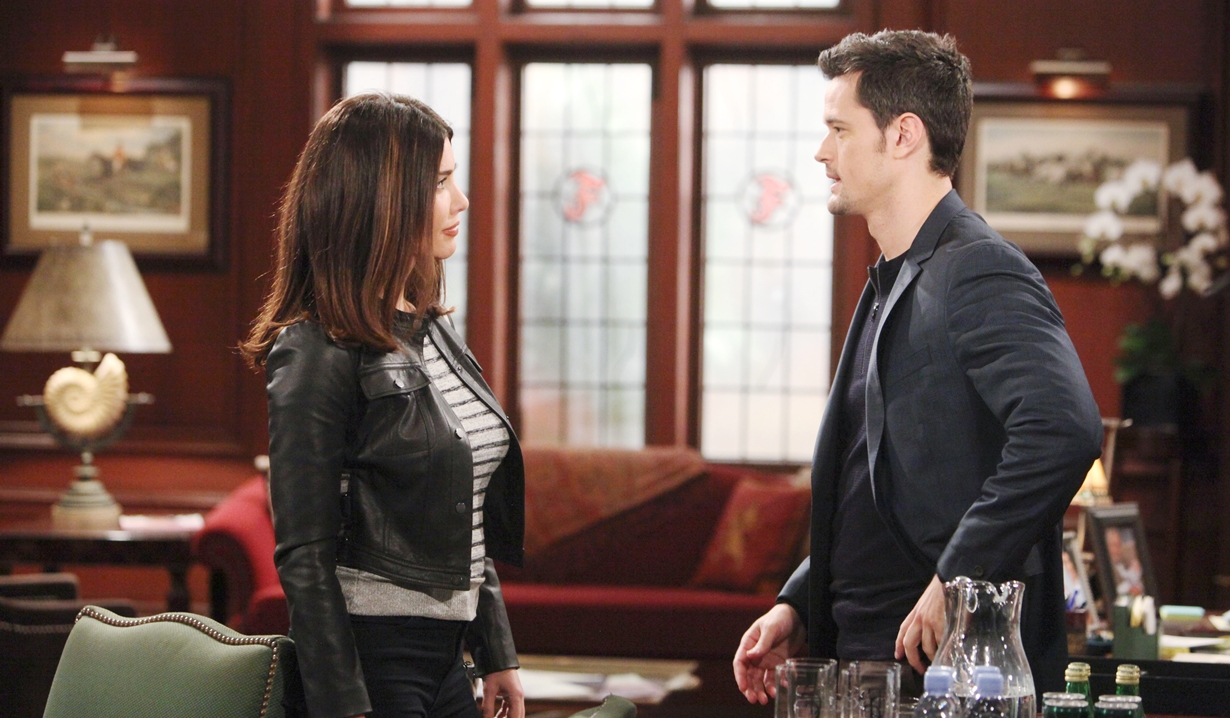 In the cabin, Liam vehemently explains to Hope that Thomas has all the chess pieces on the board the way he wants them, and ‘checkmate’ is pushing the wedding to Zoe to get to Hope through Douglas. Hope rails that Douglas depends on her. Liam exclaims that that’s the reaction Thomas wants – she’s so scared for Douglas she’ll marry him. “Don’t fall for it.” He doubts Thomas will marry Zoe, if he doesn’t get what he wants he’ll come up with a reason not to go through with it. Talk turns to Ridge feeling guilty for letting Thomas down as a child. Hope hopes she never feels that way. Liam reassures her and lets her know he regrets putting her through the kiss. He’s living with his other family, but his heart is with her. 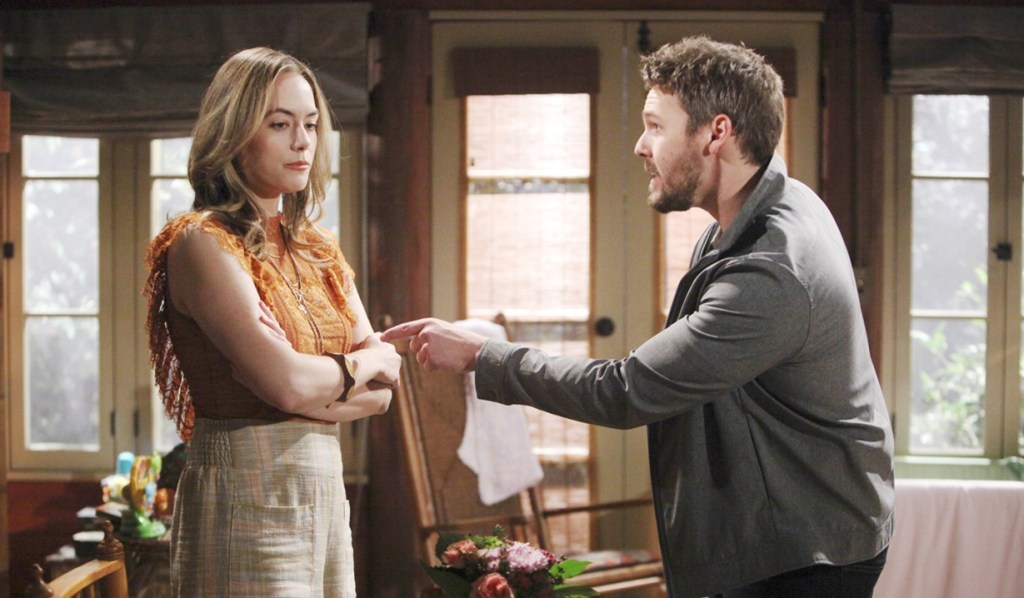 At Forrester Creations, Steffy confronts Thomas about his agenda to win Hope, and declares that he’s never given up…he’ll never give up until Hope is Mrs. Thomas Forrester. They bicker about the kiss. Steffy’s felt guilty ever since and accuses Thomas of using Douglas and Zoe. Everything he says and does goes back to Hope. She adds, “And it always will, unless…” Thomas glares. “Unless what?” He points out she’s got Liam living with her, but she doesn’t want a future based on deception. Thomas warns her not to say anything – if she blows this, she might not have another shot with Liam.

In the design office, Carter thought Zoe and Thomas would have taken their time and not rushed to the altar. Zoe says it’s what Thomas wants. Carter asks what she wants. She wants to be Thomas’ wife. Zoe knows Carter’s concerned, but she’s questioned Thomas and believes him that he’s over Hope. Carter shares that Liam and Brooke are convinced he’s using her. He’s worried too. They go over the secret she and Thomas kept. Zoe insists he’ll be a good husband. Carter thinks she can do a lot better. 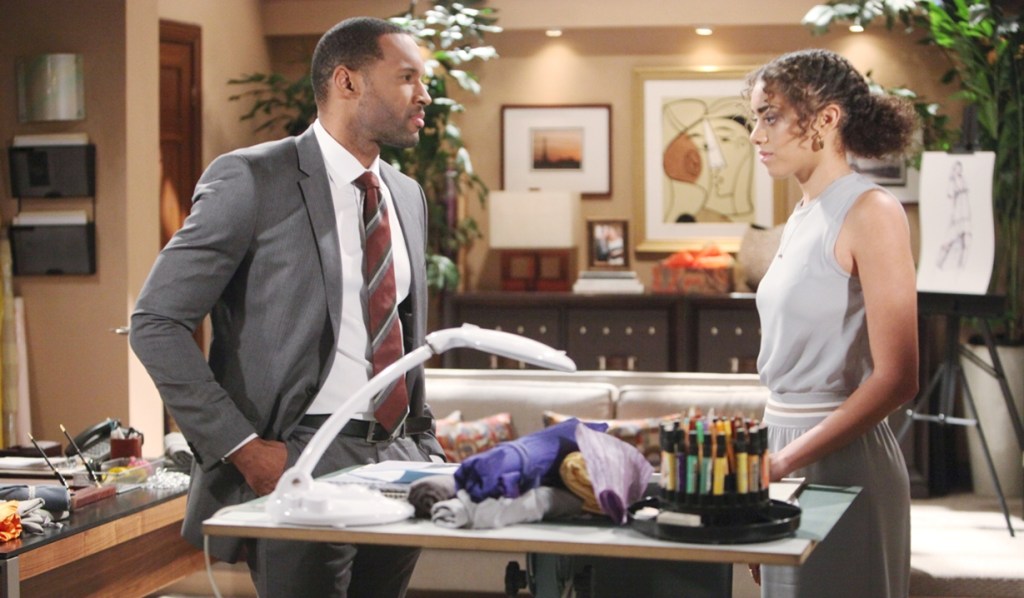 Thomas watches Hope though the cabin door, then knocks. Hope tells him Douglas is up at the house. Thomas wants to talk about her being upset about his wedding. He was just excited. Thomas wanted a family with Hope as Douglas does, but she doesn’t, so he’s moving on. Hope wants him to give Douglas more time to adjust. Thomas refuses – this has to happen now. 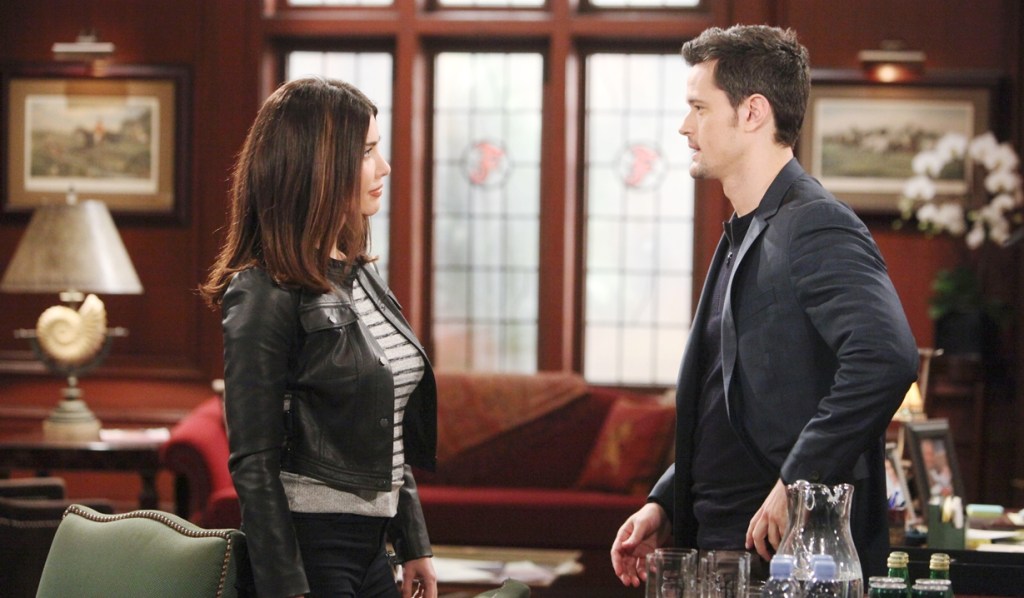 Liam arrives at the cliffhouse, where Steffy has something to tell him. She knew it was wrong all along…he needs to know truth. Steffy confesses that Thomas called her after Liam proposed, said Hope was on the way over and told her to kiss him. She did it, knowing Hope could see them. Steffy warns Thomas is more obsessed than ever and cries that she’s really sorry. 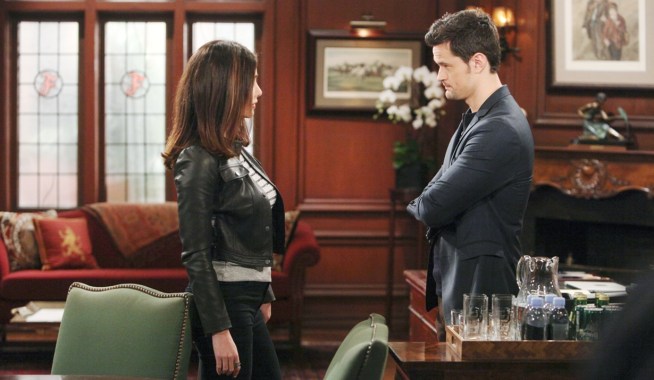 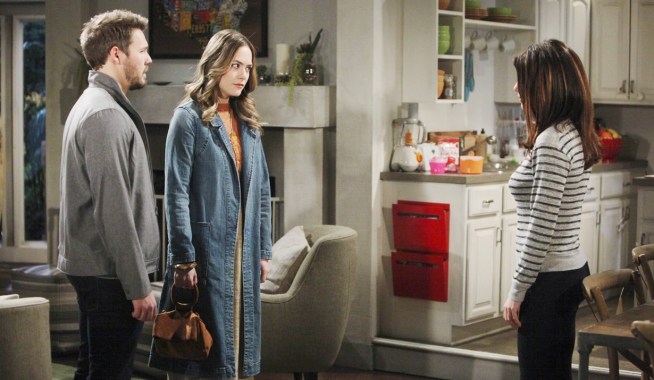