Wednesday March 4, 2020: On Bold and the Beautiful today, Liam admits he misses living with Hope and Beth, Thomas warns Hope what will happen after he marries Zoe, and Carter's stunned by Zoe's news. 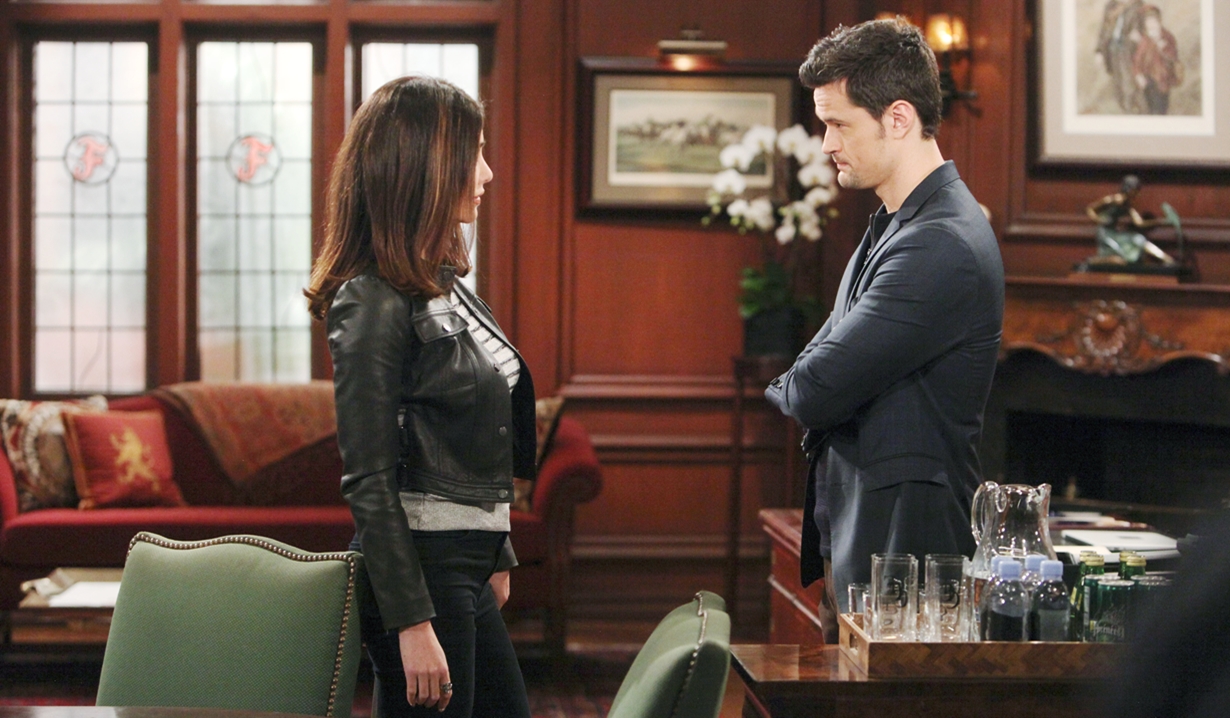 At the cliffhouse, Steffy notices Liam is quiet today as they play with the girls. Liam shares that no matter how much he sees Beth, it’s not the same as living with her and Hope. Steffy knows he misses living with them. Talk turns to their kiss. Liam doesn’t want Steffy blaming herself. Steffy flashes to Thomas telling her to do it. They discuss whether Hope will soon let Beth stay overnight before the conversation turns to Thomas. Steffy cautions Liam about letting him take away from the good in his life. “Never forget how much we love you.” 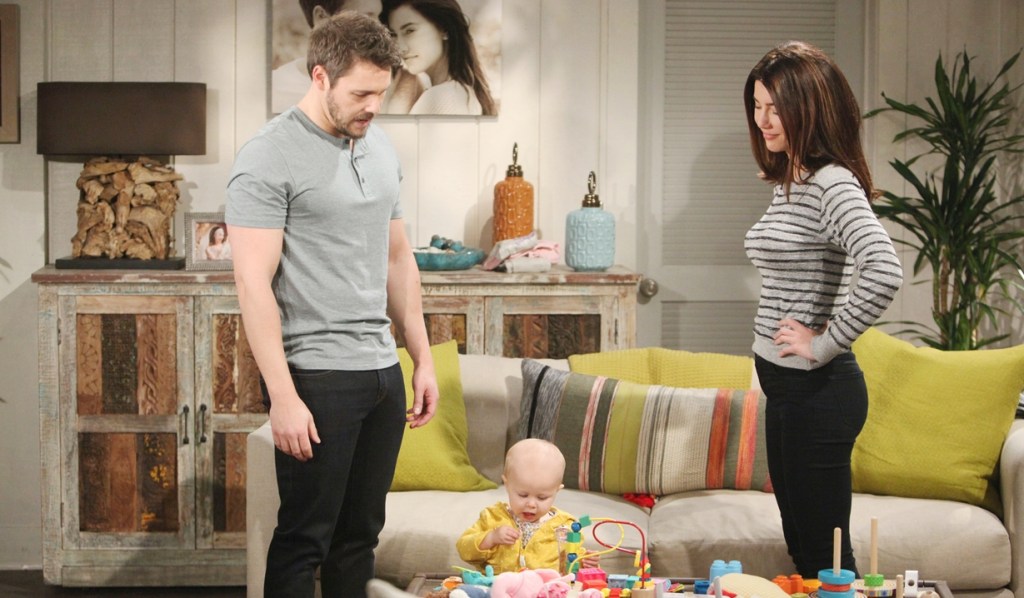 More: B&B alums in Fame at a Deadly Cost

At Forrester Creations, Hope is stunned when Thomas relays he and Zoe will be married in a day or so. Douglas protests. Thomas apologizes, but he’s excited to marry Zoe and for the three of them to be a real family. Douglas launches himself at Hope. Zoe admits she’s nervous too and tells Douglas they could make this pretty fun. Thomas implores his son to give it a chance. Hope snaps that he’s not giving him time to do that. She shoots Thomas a dirty look while exiting with Douglas. Once alone, Thomas gets on the phone with Vinny and argues about whether this will blow up in his face. Thomas disconnects when Zoe reappears, worried about Douglas. Thomas shows Zoe two wedding dress designs…one is for her, the other for Hope’s line. Hope enters, slams the door and complains Douglas is in tears thanks to the bomb Thomas dropped on him. Thomas shows her the dress designs and explains one is for Hope…as the showstopper for her line. Zoe goes and Thomas warns Hope that once he and Zoe are married, Zoe will be the one Douglas spends most of his time with – they’ll be his parents. Hope questions why everything’s changing so quickly. Thomas shrugs it’s like ripping off a bandage – Douglas will be fine after. 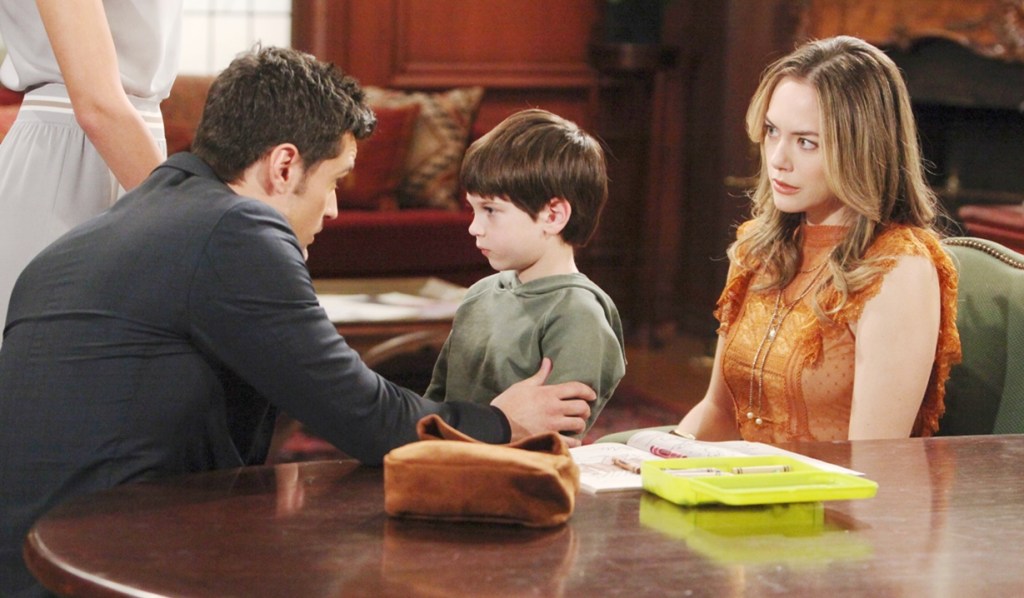 In the design office, Carter congratulates Zoe on her engagement. He’s stunned to hear Thomas wants to get married right away.

Steffy arrives at Forrester and Hope fills her in on Thomas’ bombshell, then leaves. Steffy asks Thomas what he’s trying to make happen – a future with Zoe or a future with Hope? She realizes Liam and Brooke have been right all along – he wants Hope to stop the wedding. Steffy spots the designs and challenges her brother to admit he’s hoping the real showstopper will be Hope wearing that gown to marry him.

At the cabin, Liam can see Hope’s upset. She fills him in on Thomas’ impending wedding. She doesn’t understand why Thomas keeps upsetting his son. Liam observes upsetting Douglas upsets Hope – he’s hoping the boy will convince Hope to marry him instead. “Don’t let him get away with it!” 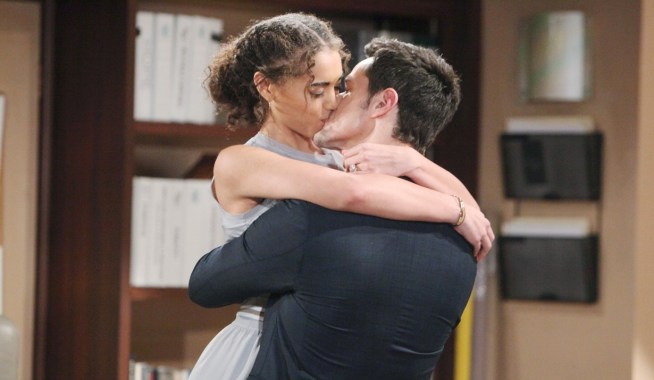 Thomas Announces He and Zoe Will Be Married Right Away, Sending Douglas Into a Panic 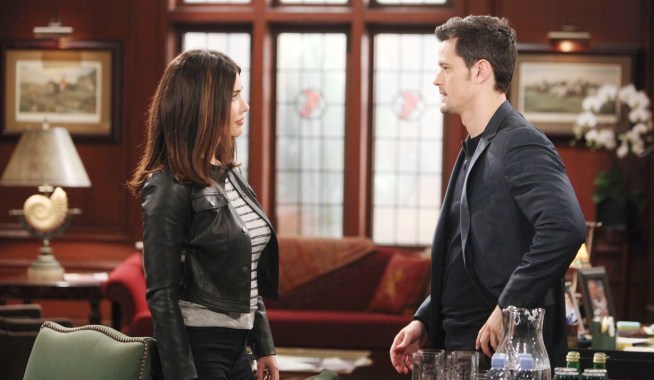