Sally Confronts Katie After Suspecting She Told Wyatt About Her Illness

Friday February 28, 2020: On Bold and the Beautiful today, Katie thinks Flo is amazing, Bill concedes Flo's on the road to redemption, and Wyatt pleads with Sally to move in. 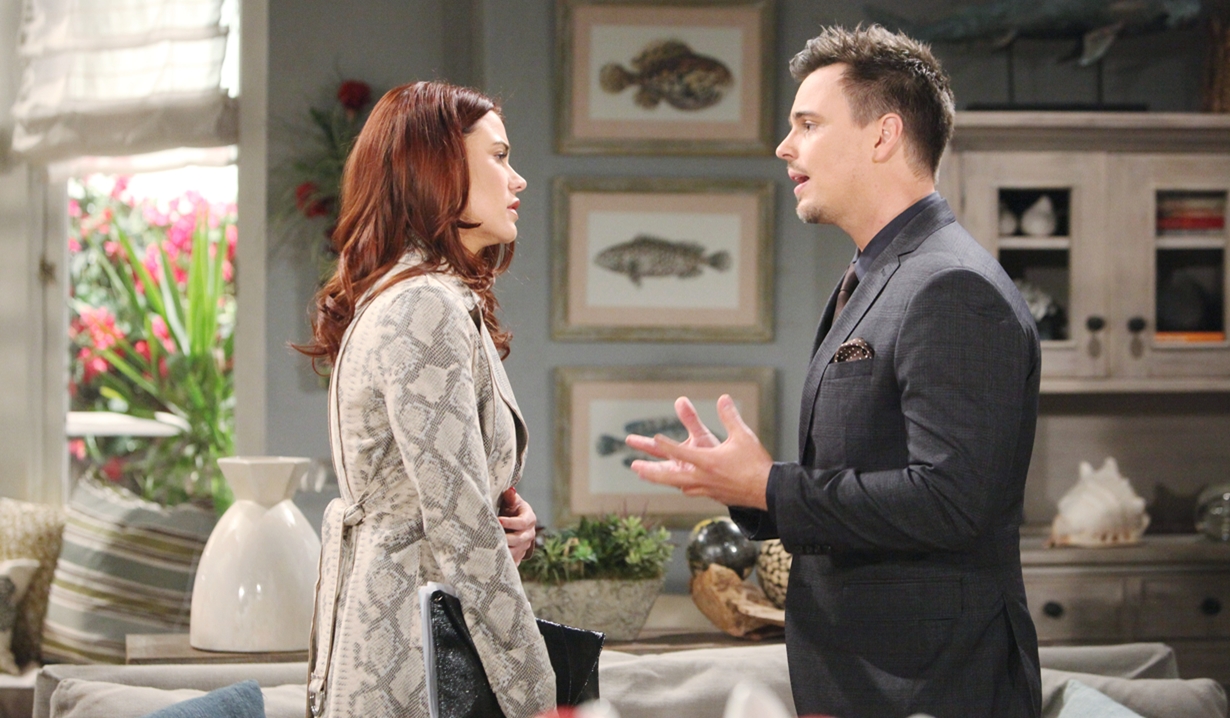 At Spencer Publications, Katie and Flo discuss wanting to make Sally’s last days the best they can be. Katie asks if Flo is really okay with this; it can’t be easy. She knows how big Flo’s heart is – if not for her she wouldn’t be sitting there right now. Flo says she and Wyatt discussed Sally and decided on their plan together. Katie thinks it’s amazing what she’s doing, but she shouldn’t have to have Sally move in with Wyatt. Bill interrupts, “Did I hear that right?” Flo explains that Sally’s dying, and she wants her to feel loved. Katie gasps that this is who Flo really is, her true character. Bill admits she’s growing on him but can’t forget she was involved in his granddaughter’s kidnapping and cover-up. Flo wouldn’t expect him to. Bill acknowledges she’s moving down the road to redemption, then warns that Sally’s pretty savvy and may figure out Wyatt knows the truth. 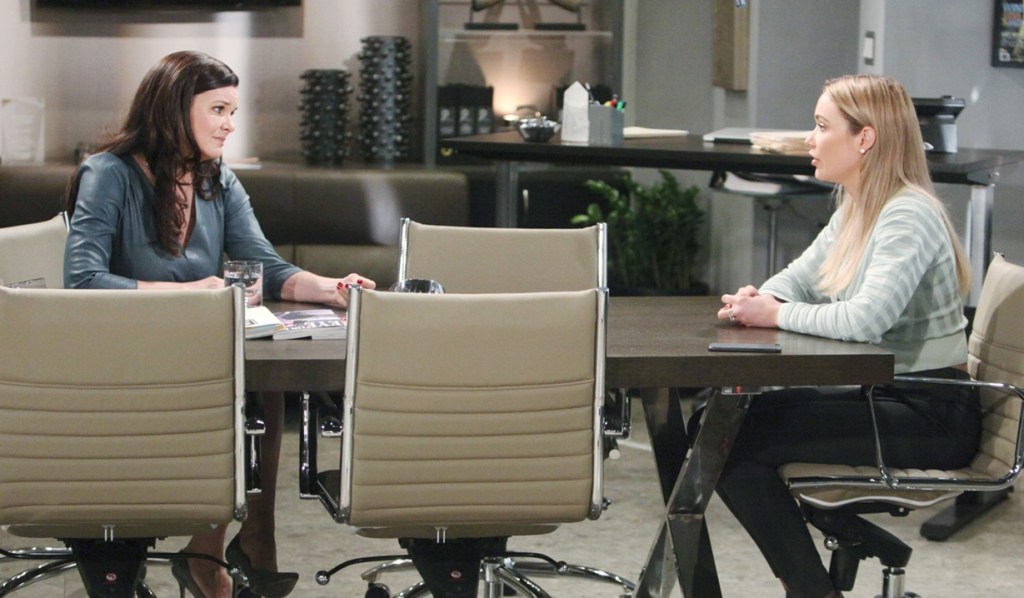 At the beach house, Wyatt appeals to Sally that this is where she needs to be – taking walks with him on the beach. Sally loves it there, but things have changed since then. Wyatt knows she’s been under stress and wants to make it up to her. He pleads, “Share your life with me.” Sally learns she’s all he’s been thinking about and exclaims that he’s really throwing her for a loop. Wyatt is all in and will always be by her side. Sally wants to trust him but asks, “Why now?” She’s not sure she should believe it’s over with Flo. Wyatt protests that he’s always loved her but didn’t appreciate her when he had her – he gets why she’s guarded. Sally can’t go through anymore pain; she just wants to be happy. Wyatt makes another appeal. Sally needs time – there is something she must do before giving him her answer. When asked, Wyatt holds her. 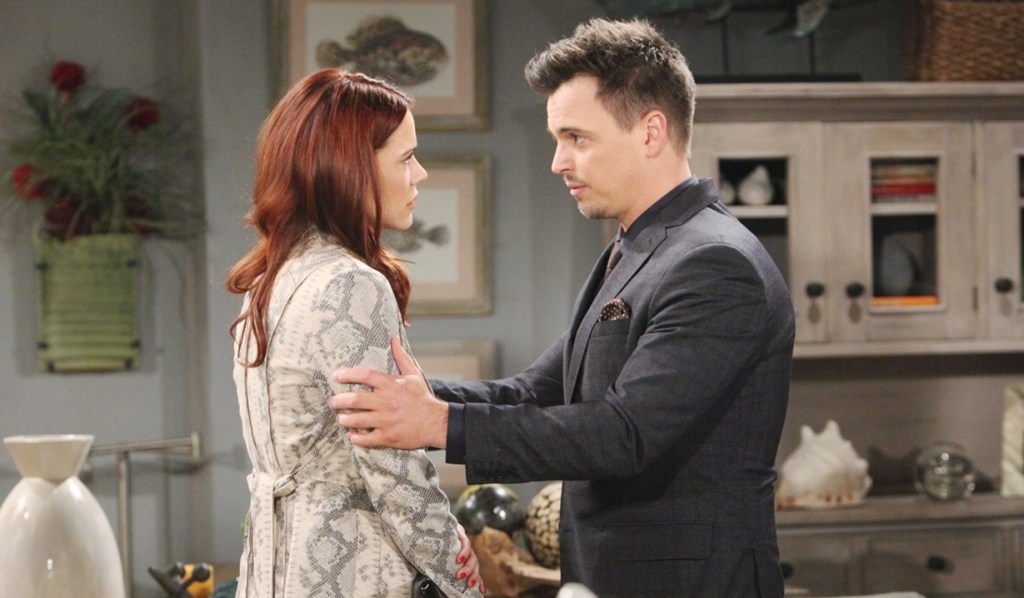 Wyatt arrives at Spencer Publications and reveals that he took Sally off guard. Flo muses she has a choice to make. Wyatt thinks she wanted to agree. Bill reveals that Katie got a text from Sally and went to meet her – she’s likely getting grilled on whether she blabbed about Sally dying. They worry Sally could leave town and cut herself off from everyone. Bill wishes Sally would let him get the finest doctors. Wyatt plans to keep his cover. Bill points out if she moves in, she won’t be able to hide her condition.

In Forrester Creations design office, Sally asks Katie, “Did you tell Wyatt about my illness?” Katie asks why she thinks Wyatt knows. Sally shares his sudden change of heart. Katie urges her to let him back in. Sally can’t keep this from Wyatt if she’s living with him. Katie feels she has nothing to lose. “Say yes to Wyatt.”

Wyatt Asks Sally to Move Back In...

Sally Agrees to Move In With Wyatt,...