Thursday February 27, 2020: On Bold and the Beautiful today, Ridge and Steffy wish they could do more, Katie admires Flo's selflessness, and Sally shares her good news with Wyatt. 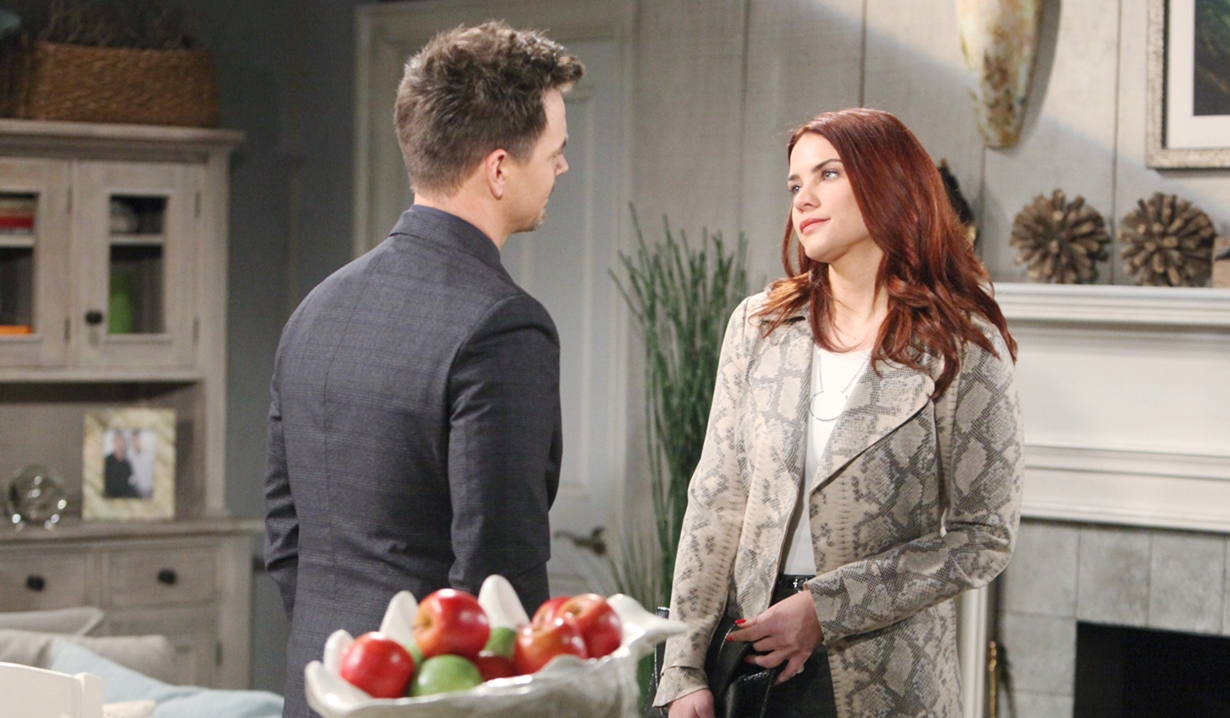 At Spencer Publications, Flo and Wyatt go over Sally not having much time left. Wyatt gushes about Flo being so selfless and caring. Flo knows that when Sally’s gone, Wyatt will want to know he did everything he could for her – it’s the right thing to do. Wyatt asks if she’s sure. Flo feels it won’t change anything between them, but it will change Sally’s final days. She urges Wyatt to ask Sally to move in again. Wyatt hopes she’ll accept; she’s very proud. Flo understands; if she suspects anything, she’ll shut it down. She suggests Wyatt call her. 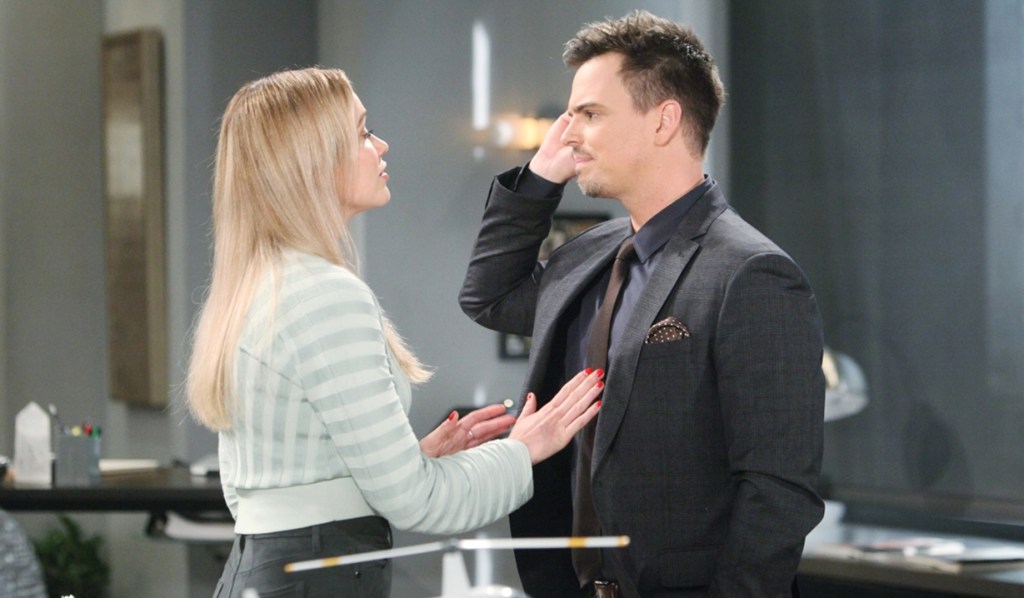 At Forrester Creations, Sally’s stunned at the lifeline Ridge and Steffy have given her – it’s the happiest day of her life. Katie listens as Sally explains they’ve given her something to look forward to and becomes emotional. Steffy says they should be thanking her and Ridge demurs he just finished what she started. They tell her to keep fighting…because the business is tough. They’ve got her back. Sally remarks that today feels a lot brighter than yesterday. Katie enters, pretending she’s oblivious, and they fill her in. Katie’s thrilled and hugs Sally, who gets a tremor in her hand as she tries to pick up her clutch. Sally gets a call from Wyatt, says something unbelievable happened, and agrees to meet him. After Sally’s gone, Katie thanks Ridge and Steffy, who wish they could do more for Sally. Katie hopes Wyatt has a plan. Katie goes, leaving Ridge and Steffy to marvel over the developments with Sally. Ridge observes she’s a fighter, she’s a Spectra. They need to ensure her designs are a hit so she goes out on top. 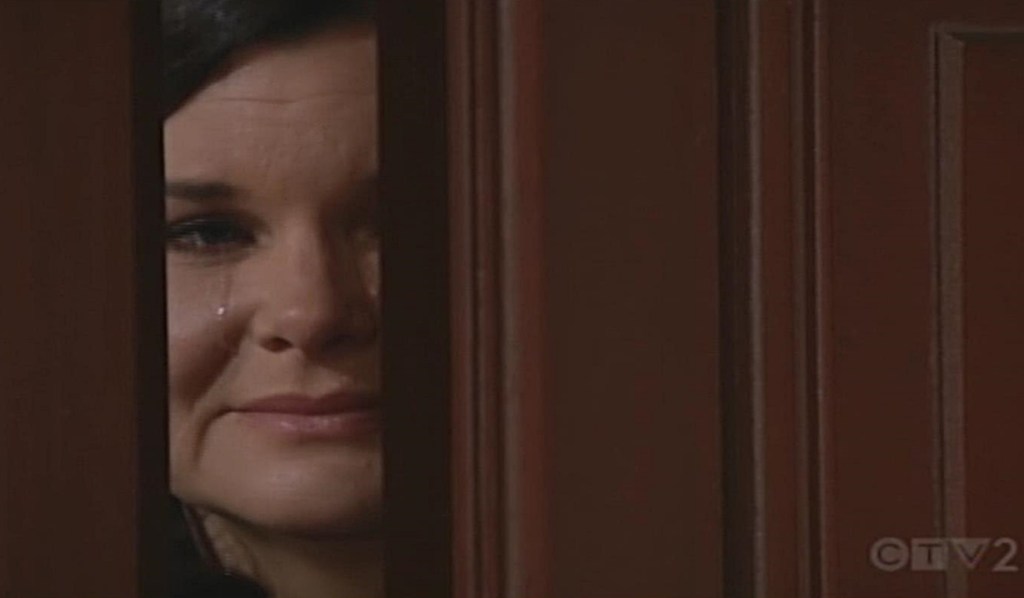 At Spencer Publications, Wyatt and Flo express their love before he leaves. Later, Katie arrives and thanks Flo for waiting on her. Flo learns Sally wasn’t fired. Katie notes her concern. Flo thinks they have to do whatever they can to make Sally happy – no one can make her happier than Wyatt. Katie thinks it’s amazing how Flo is stepping aside; she knows all about her compassion. They discuss Sally’s decision to keep her condition a secret. Flo feels they have to support her without her realizing it. She reveals Wyatt’s asking Sally to move back in.

Sally arrives at the beach house and grimaces in pain outside before entering. Wyatt hopes they can make more memories there; memories that will last a lifetime. Sally muses, “If only it could be that way,” then changes the subject to the revelation at Forrester. Wyatt embraces her happily. He pushes for her to move in – he loves her and doesn’t want to be apart from her anymore. Sally tears up as he presses, “Tell me you want to spend the rest of your life with me, Sally.” 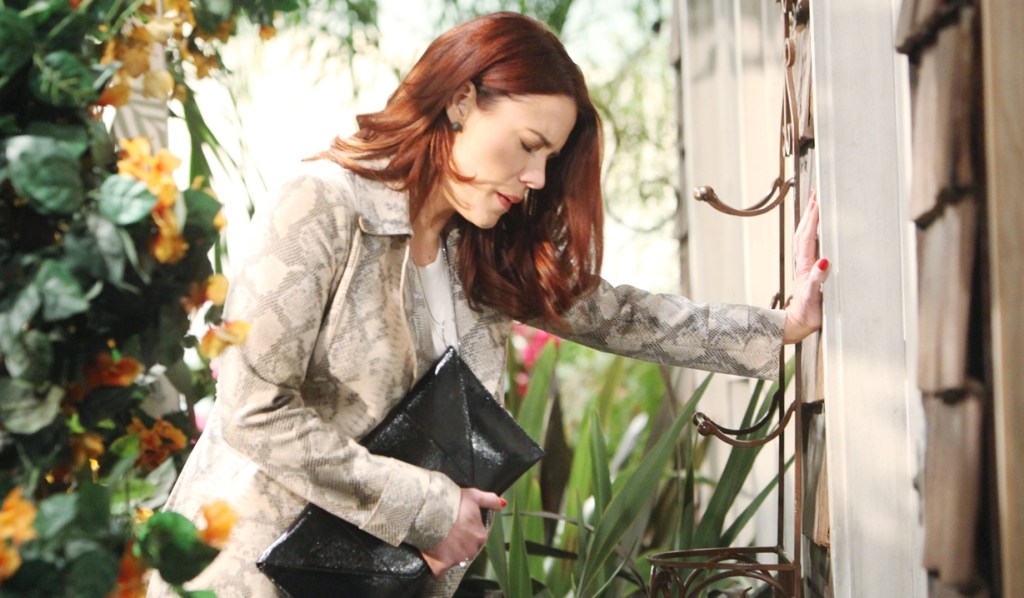 Sally becomes suspicious that Wyatt knows about her illness.

Sally’s Stunned to Hear Ridge Will...