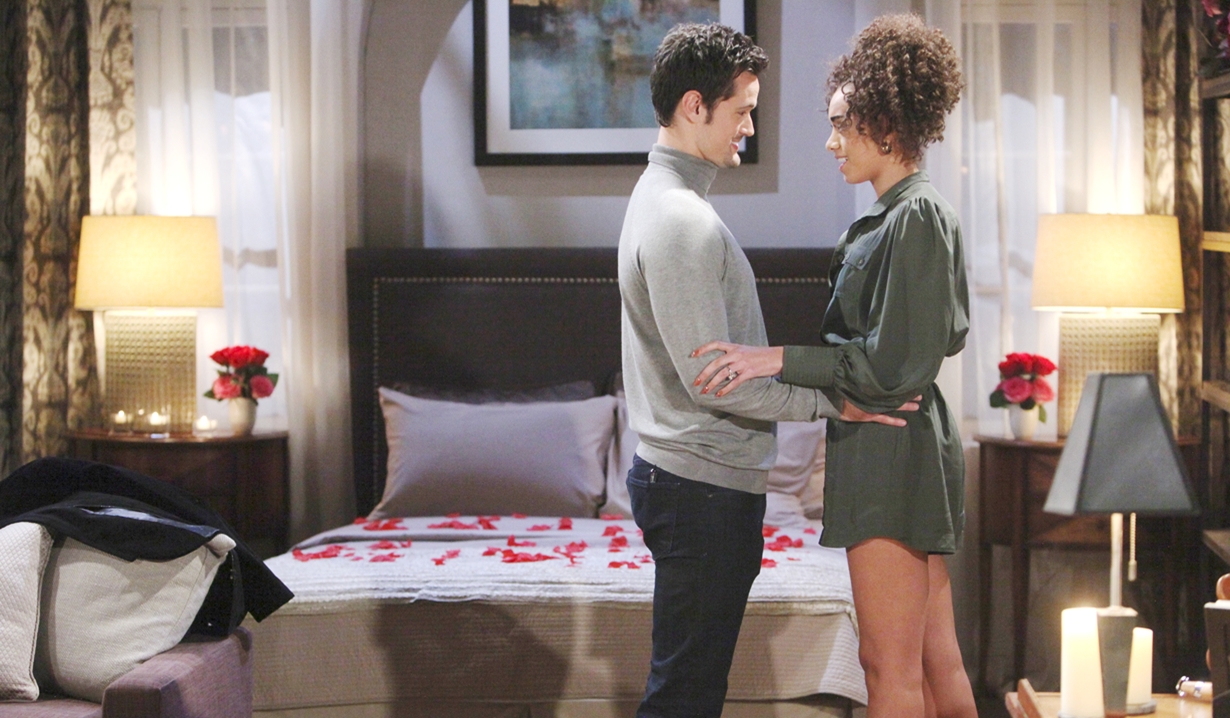 At the Forrester mansion, Eric gets a bottle of champagne and Brooke remarks she was surprised Zoe accepted Thomas’ proposal. Zoe believes Thomas loves her and hopes he’s making out okay with Douglas upstairs. Eric assures her she’s a member of the family now as they toast. Brooke observes that based on Douglas’ reaction it will be a bumpy transition. Zoe believes he’ll come around.

In the bedroom, Thomas and Hope explain to Douglas that they can’t get married again. Thomas talks about creating a new family with Zoe. Hope cautions Thomas, who insists proposing to Zoe has opened up a whole new world for him and Douglas. Thomas enthuses to Douglas about having two moms. Douglas retorts that he already has two and shouts that Zoe’s not his mommy. Hope takes Thomas aside to debate the wisdom of what he’s saying to the boy. Thomas recaps it’s not the future he expected, but Zoe loves him in a way Hope never could; this is another chance to give Douglas the family he deserves. Hope urges Thomas to go down and enjoy himself. Thomas tells Douglas that Zoe can read his bedtime story tomorrow night, then exits. 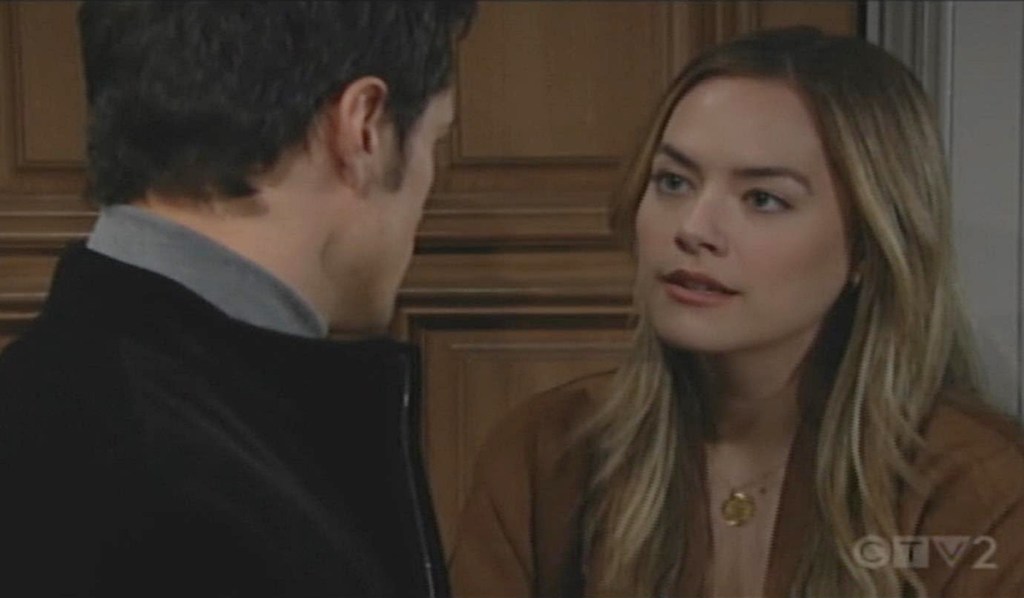 Downstairs, Eric and Quinn say goodnight. Quinn needles Brooke as she goes. Zoe gets a text from Thomas to meet him upstairs soon. Once alone, Brooke wants Ridge to see the proposal was a sham. He admits it’s a little weird, but thinks Thomas has moved on from Hope, and he and Zoe will be very happy. Brooke won’t believe it’s genuine unless Thomas goes through with the wedding. She’d like to forgive him and save their marriage, but doubts it’ll happen.

In his room, Thomas updates Vinny by phone. Vinny’s dismayed by the plan. Thomas disconnects and glances at his bed, which is covered in rose petals. Zoe enters and they kiss. She tears up and is a little overwhelmed. Thomas insists he’s being sincere. They kiss some more and begin undressing. 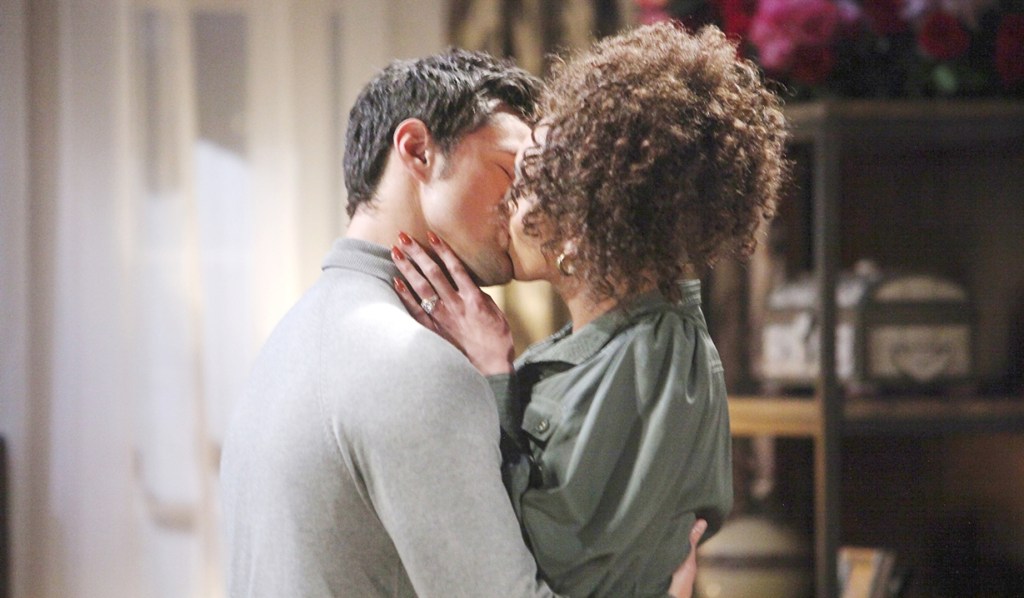 In Douglas’ room, Hope hears Thomas and Zoe laughing and banging into the wall. She glances at the sleeping boy, then rushes to Thomas’ room where she sees them barely dressed, kissing on the bed and furiously asks, “What the hell do you think you’re doing?” She reminds them Douglas is in the next room and Thomas points out they’re engaged. Hope asks Zoe if she wants to marry a man who’s still in love with another woman. Zoe scoffs. Thomas admits he loves both of them, but assures Zoe she’s not second choice. Zoe goes to freshen up and Thomas upbraids Hope for barging in. She wants him to slow down; this is hurting his son. Thomas says Hope’s not an option so he’s moving forward.

Katie works to save Sally’s job. 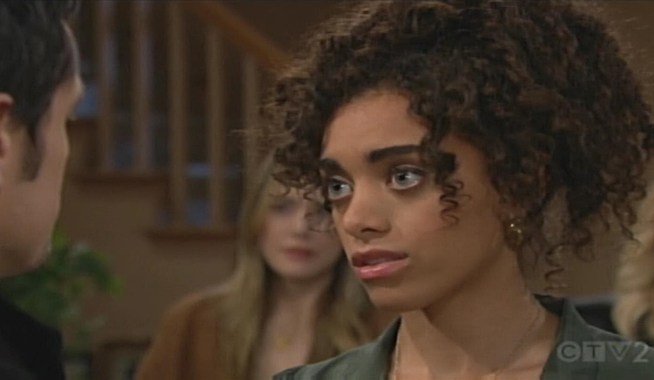 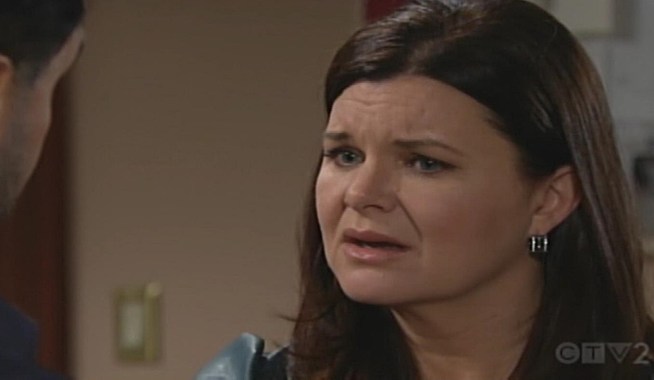