Tuesday February 18, 2020: On Bold and the Beautiful today, Liam apologizes to Hope, Hope reassures Douglas, and Liam shares his thoughts with Zoe. 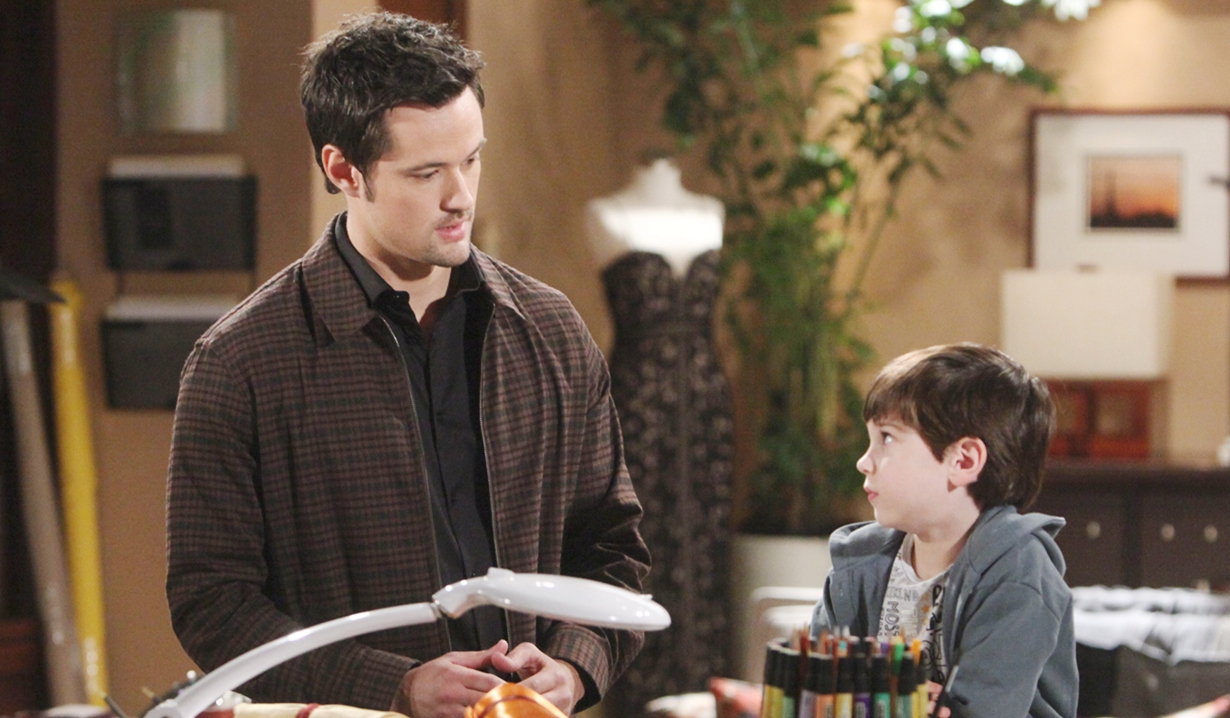 In Forrester Creations’ studio, Liam and Hope argue heatedly about whether Thomas is becoming a better person. Liam hollers that he’s the same guy and pleads with her to tell him she sees that. He questions if Hope’s love for Douglas has given her permission to lie to herself about Thomas. Hope decides they shouldn’t talk about Thomas and tells Liam she does miss him. Their family’s been shattered by the kiss – how many times over how many years? Liam’s sorry he hurt her but insists Thomas is still manipulating and using his son to do it. “I am going to expose Thomas one way or another.” They revisit Liam’s ultimatum and Hope won’t abandon Douglas. Liam exclaims that he had the entire Forrester family as a support system. 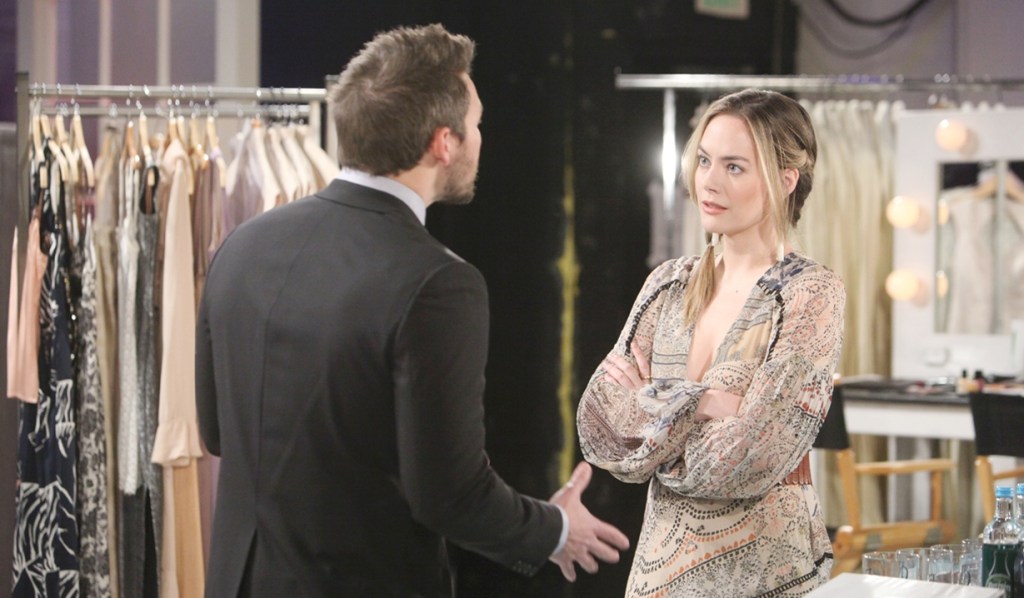 In the design office, Zoe kisses Thomas in thanks for her birthday party yesterday; her life is amazing right now. Douglas knocks on the door and wants to know why it’s locked. Thomas lets him in, and he asks Zoe why she’s in there with his daddy. Thomas explains she was thanking him for the party. Once Zoe’s gone, Douglas complains about his father spending so much time with Zoe. Thomas says he likes her, then to himself, “And it’s going to help bring Hope back to me.” Douglas wants Thomas and Hope together and urges his father to tell her he loves her. Thomas suggests he tell her. Douglas will…right now. Douglas passes Vinny as he goes. Vinny asks Thomas what else he’s done. Thomas recaps that Liam belongs with Steffy and he will end up with Hope – Douglas is going to make it happen. Vinny’s upset that he’s working his kid. Thomas protests he’s doing it for him too. Vinny says he’s obsessed. Thomas feels it’s a healthy obsession. He reiterates Douglas is the key and he’ll wind him up tighter than a top to get Hope. Vinny’s upset – Zoe really likes him, and Douglas is confused. Thomas feels Douglas is his trump card…Hope will realize her place is with them. 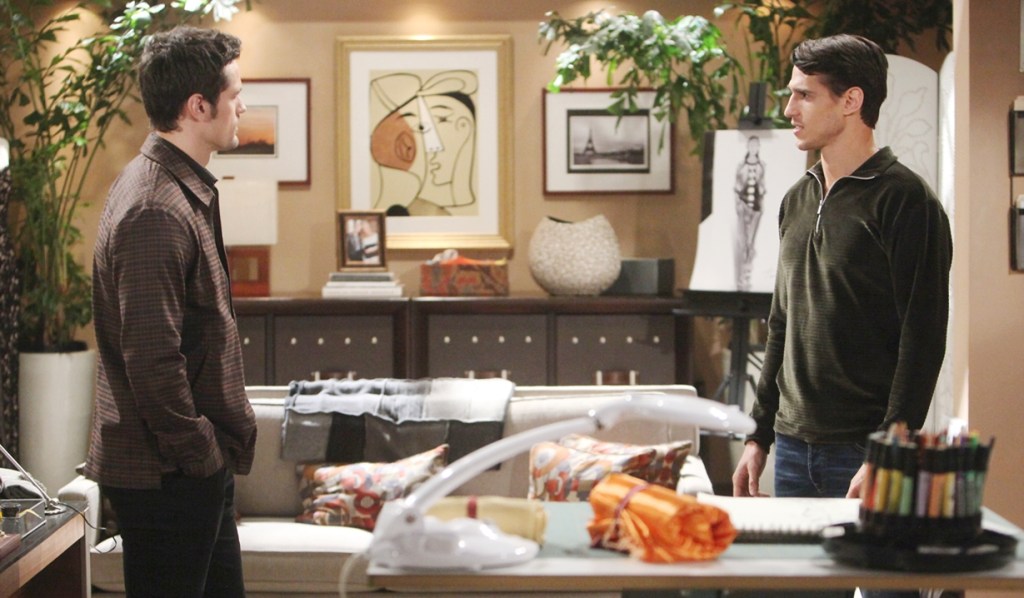 Douglas runs up to Hope in the studio. She asks what’s wrong. He says, “Daddy and Zoe.” Liam leaves them alone. Douglas tells Hope he wants her and Daddy together. He’s scared about Thomas spending so much time with Zoe. Hope will always be there for him. Thomas listens as Douglas says that his daddy loves her and worries, he’ll lose her. Hope reiterates her promise – she’ll do anything for him.

Liam spots Zoe in the main office and remarks on Thomas covering his bases by giving her a party and buying her earrings. Zoe senses he still believes Thomas has ulterior motives for dating her. Liam says Thomas is using her. Zoe doesn’t think Hope is on his radar anymore. 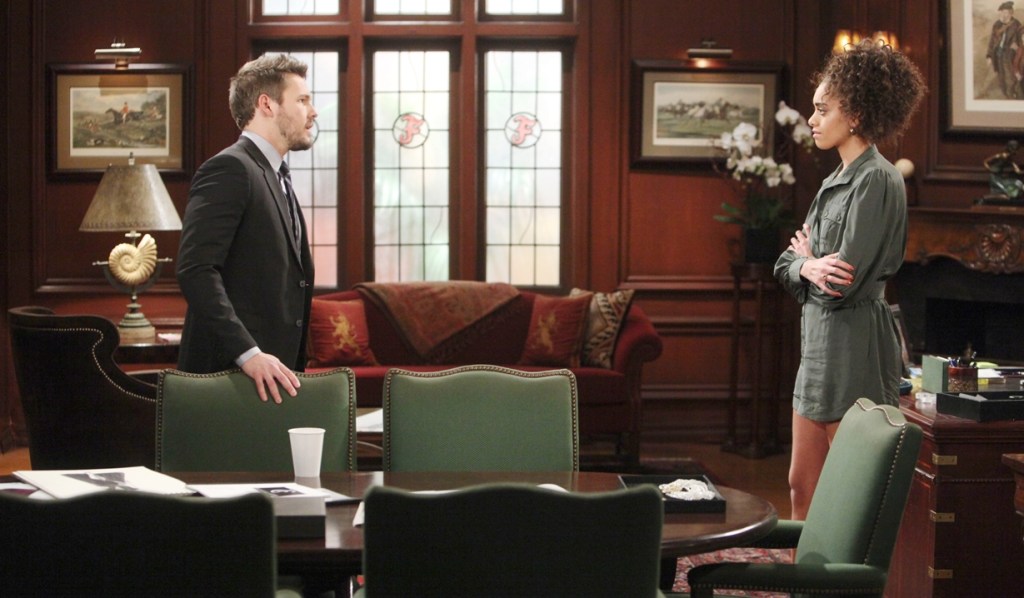 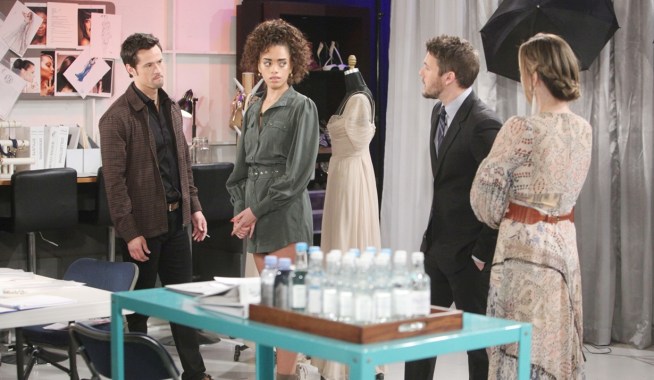 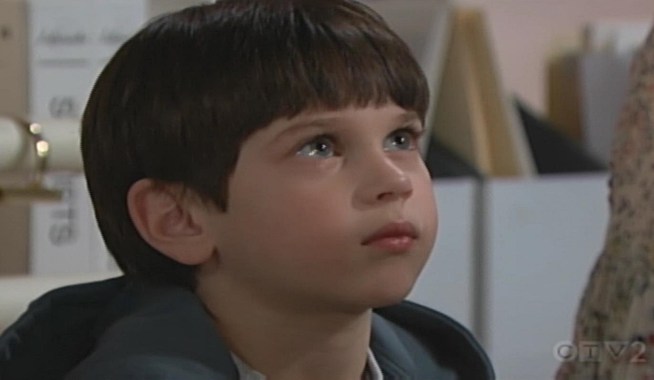