Monday February 17, 2020: On Bold and the Beautiful today, Hope is straight with Liam, Brooke makes accusations of Thomas, and Wyatt plans to spend time with Sally. 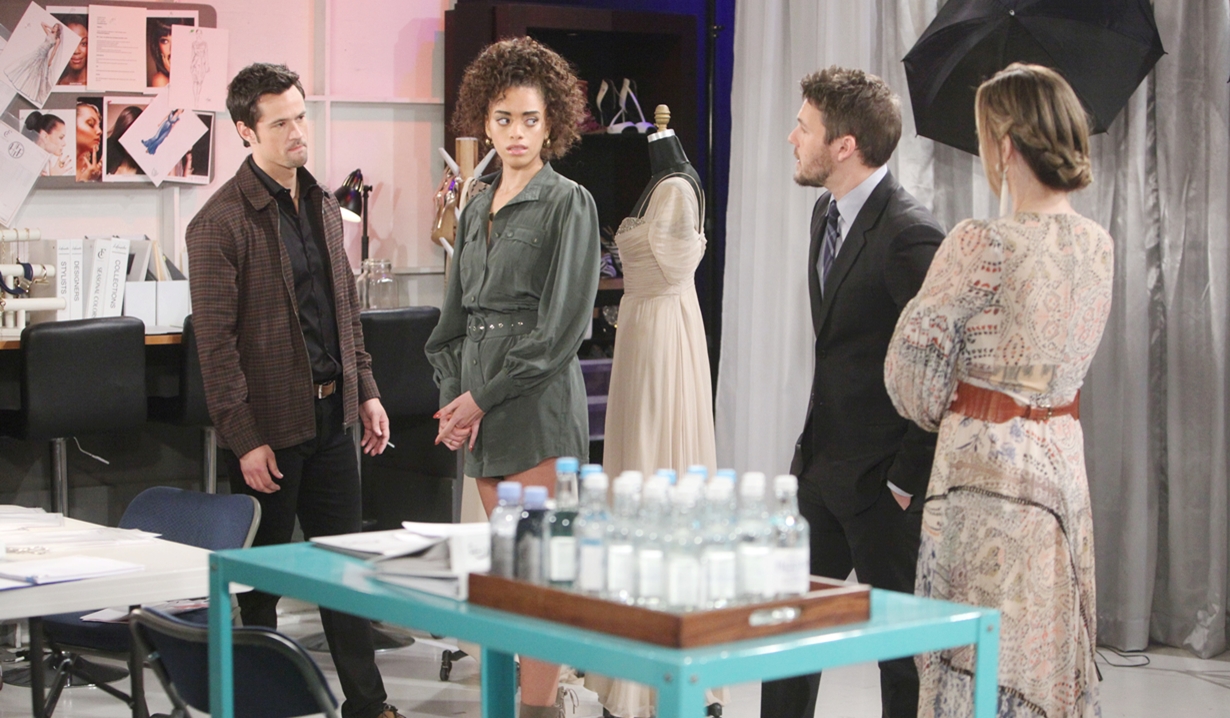 Hope listens from behind a rack of clothes as Thomas argues with Liam in the studio. She joins them as Thomas reiterates that he’s moved on with Zoe. Liam questions him as Zoe arrives. She asks Thomas if Liam is right – is she just another step on his way back to Hope? Thomas relays that Hope made sense after losing Caroline, they’ll always be connected through Douglas, but he’s moved on. Zoe smiles and Liam rolls his eyes. Once alone, Liam reiterates to Hope that Thomas is manipulating her. She wonders if he believes she’s stupid and counters Liam’s obsessed with Thomas. Liam misses her. Hope can’t keep doing the back and forth and Liam insists he’s not with Steffy. Hope snarls that at least she wouldn’t walk in on Thomas kissing another woman – he’d be fully committed to her. Liam jolts at this, and warns her not to let Thomas suck her back in. He panics when Hope won’t tell him Thomas isn’t getting to her. 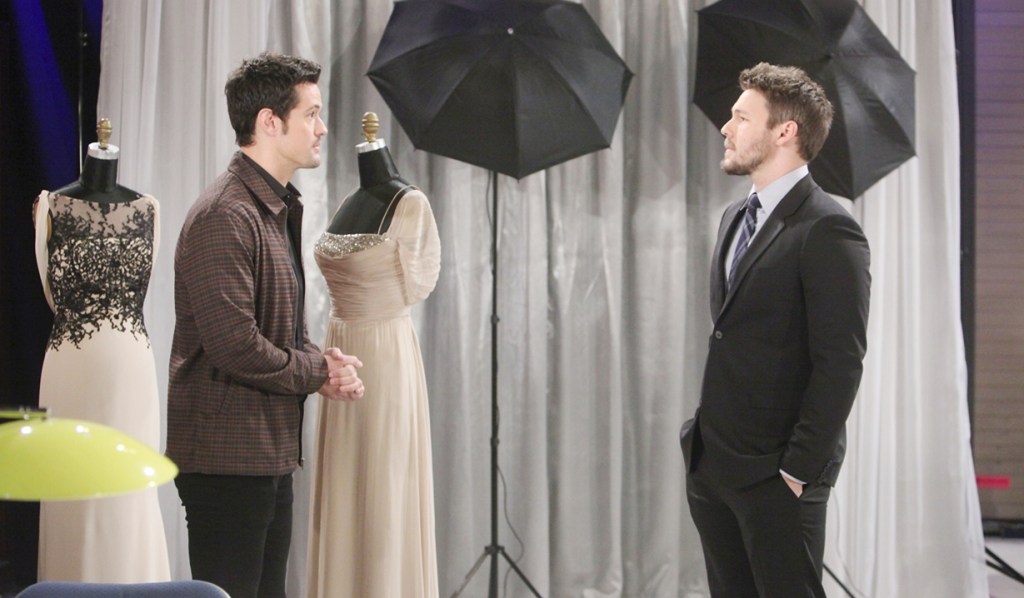 In the main office at Forrester Creations, Brooke maintains that Thomas threw a party for Zoe to get to Hope and he upset Douglas in the process. Ridge defends Thomas kissing Zoe and wonders why Brooke can’t forgive him. Ridge persists, “He’s changed!” Brooke doubts she’ll ever be able to trust Thomas. Brooke spots Thomas listening and explains they’re having a terrible time because of him. She accuses him of keeping them apart, just as he’s doing to Hope and Liam. Thomas is puzzled how doing something nice for Zoe became about Hope. Brooke fumes about him playing on Douglas’ fear that Zoe would take Hope’s place. “You want Hope to decide that the best thing for Douglas is a life with you.” Ridge says it hurts when she attacks his son. Brooke warns he’ll find out soon enough she was right all along. 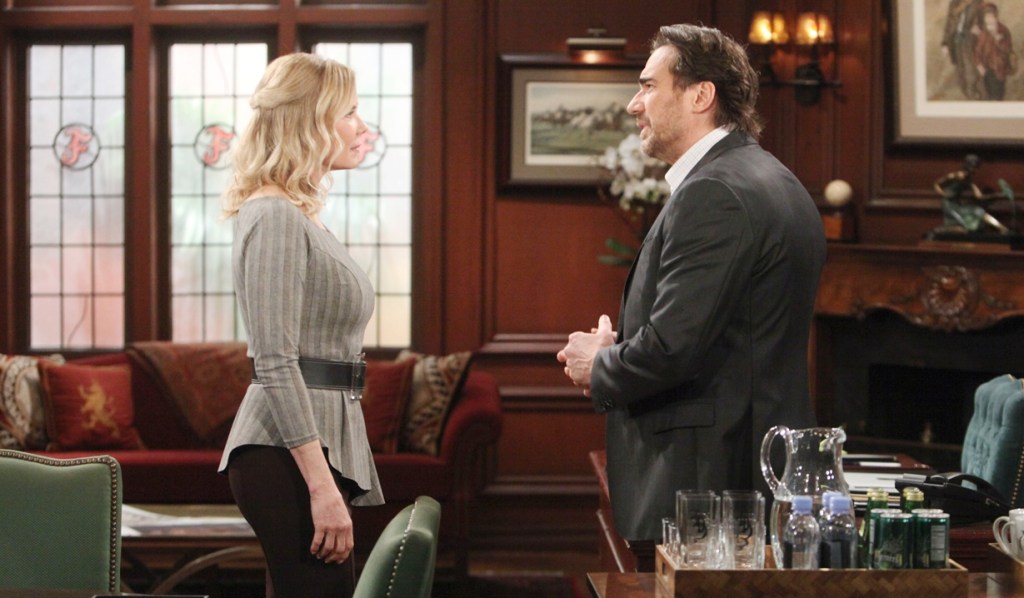 At Flo’s place, Wyatt marvels at Sally’s diagnosis – she can’t catch a break. Flo laments that she should have years ahead of her, not weeks. Wyatt can’t wrap his head around it. Flo thinks Sally may open up to Wyatt if he spends time with her – she doesn’t deserve to spend these dark days alone. Wyatt agrees; he has to be there for her anyway he can. He assures Flo no matter what he’s doing or what it looks like, he loves her, and advises he will stop if she becomes uncomfortable at any point. 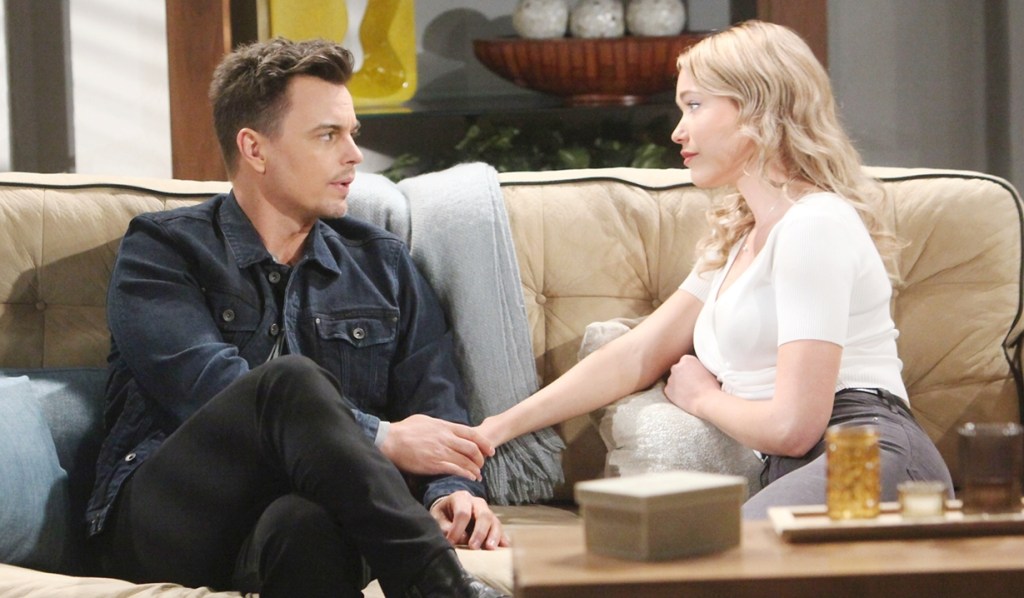 More: B&B column holds out for a wild twist

In Forrester’s design office, Sally tells Katie she can’t design. Katie’s frustrated she hasn’t scheduled a follow-up appointment and presses her not to give up. Sally won’t waste the time she has left. Katie recalls how much having loved ones around helped her. Sally doesn’t want anyone’s pity, especially Wyatt’s. She has a headache, so Katie pushes for the doctor again. Sally will manage. She stands and falters. Katie catches her. 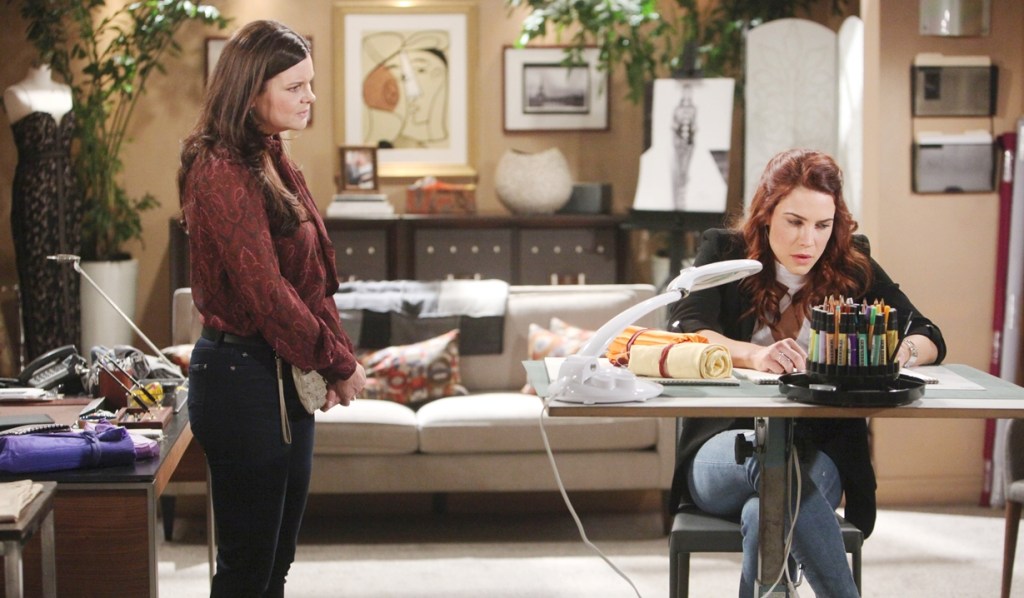 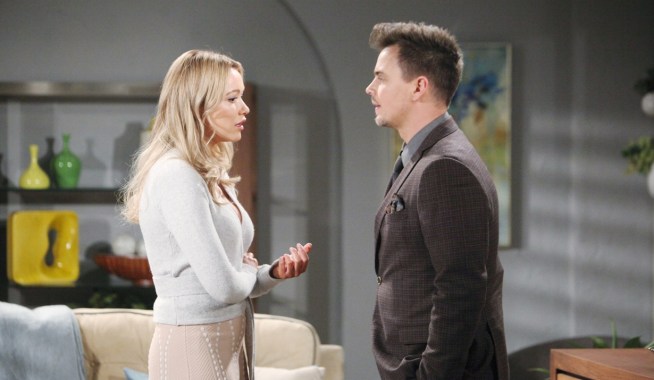 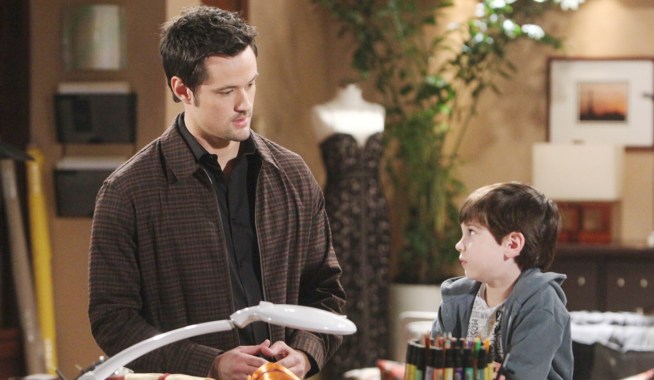