Friday February 14, 2020: On Bold and the Beautiful today, Katie urges Sally not to give up, Brooke visits Spencer Publications, and Liam makes accusations against Thomas. 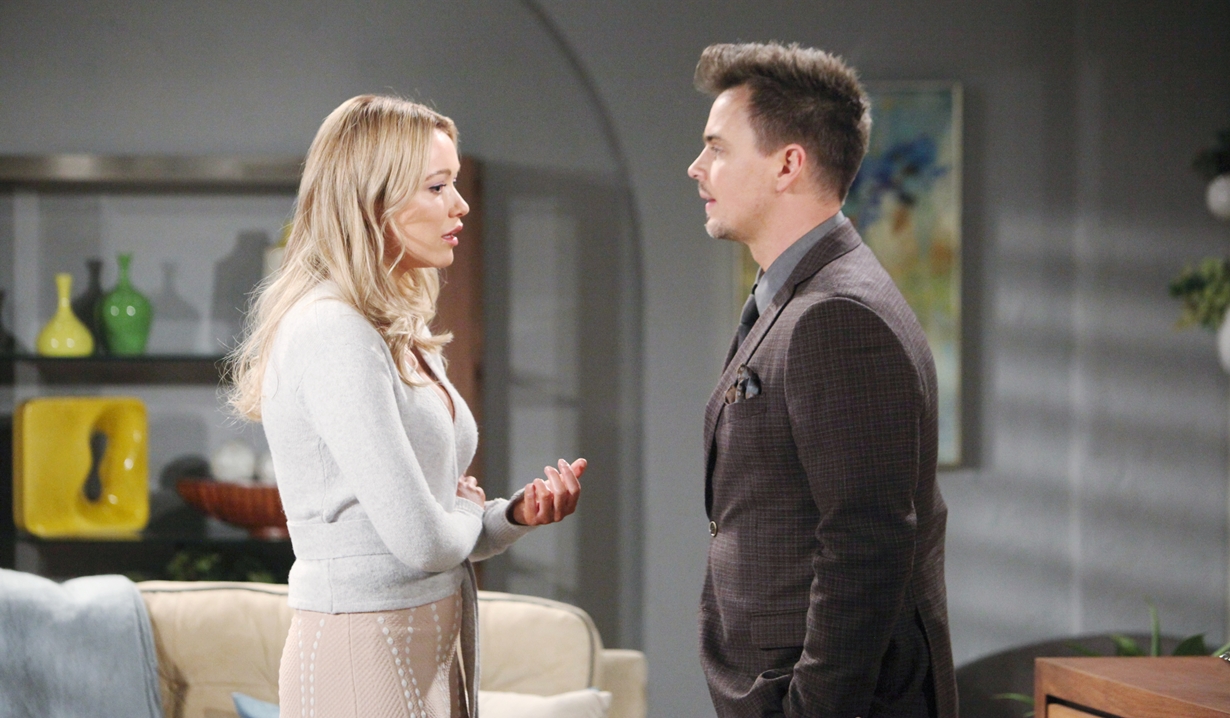 At Spencer Publications, Liam tries to talk to Bill about work, but he’s distracted and admits something triggered him to think about Caroline. He reminds Liam to look out for Douglas; he’s a Spencer and is saddle with Thomas for a father. Brooke enters and agrees, warning Liam that him spending more time with Steffy is leaving Hope vulnerable. She wants Bill to convince his son to leave Steffy’s house. Bill can’t tell him what to do. Liam feels they need to expose Thomas – he’s going to make him prove his relationship with Zoe is real. 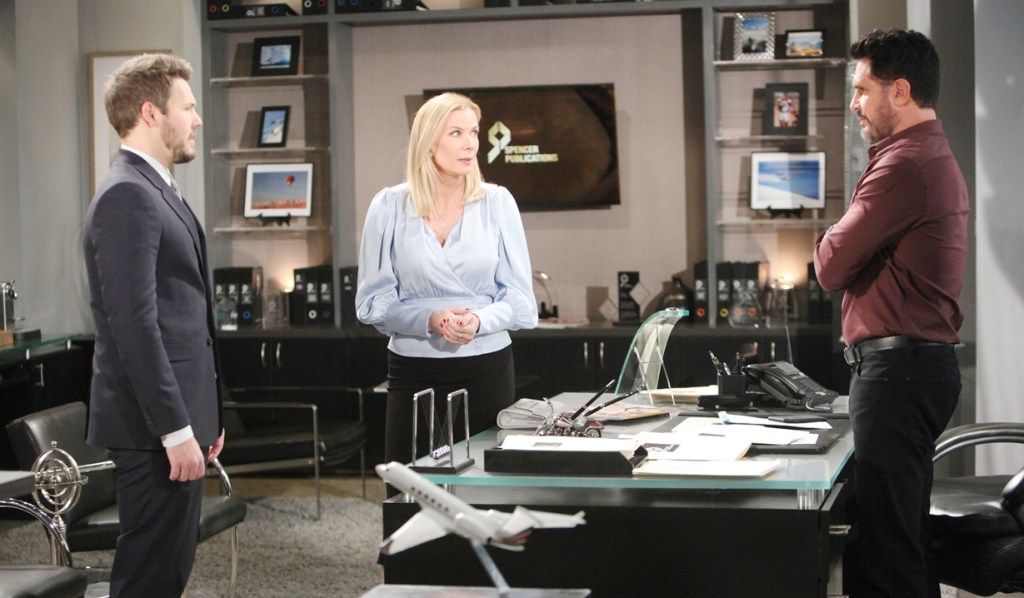 In the Forrester Creations studio, Thomas asks Hope if there’s any chance for them as Douglas enters with Zoe. Douglas rushes into Hope’s arms yelling, “Mommy!” He had fun with Zoe but couldn’t wait to get back to her. Thomas and Hope exchange a look. Zoe tries to take Douglas to the secret candy stash, and he only goes reluctantly. Thomas tells Hope he’s trying to move on with Zoe, but Douglas will never love her as he does Hope. 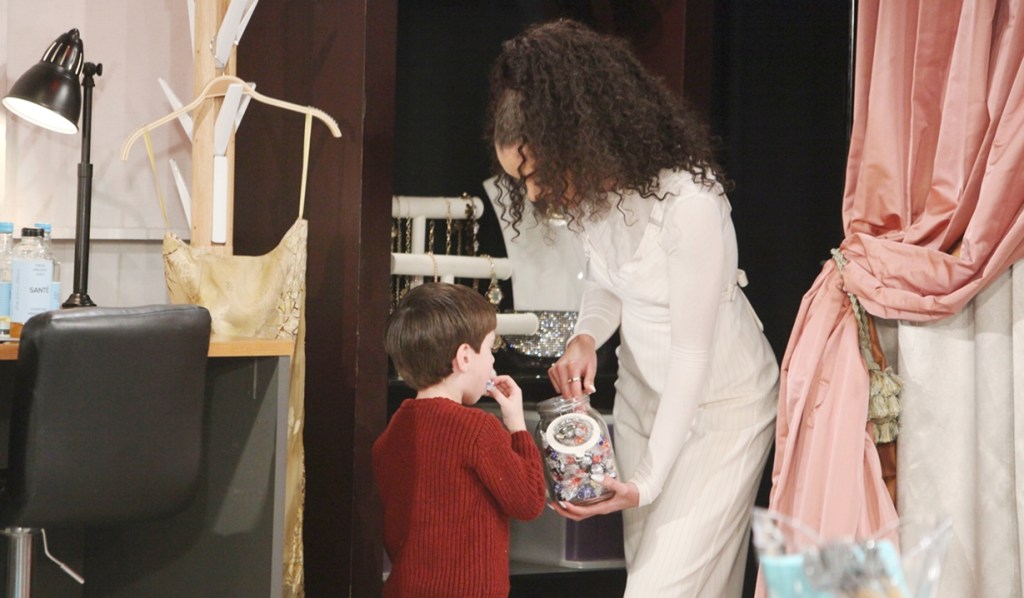 More: Ashley Jones back to B&B as Bridget Forrester

In the design office, Sally questions why Wyatt is there and not with Flo. Wyatt talks about missing Forrester as Katie enters. She asks to speak to Sally alone. Wyatt reiterates he is there for Sally before leaving. Katie asks Sally if she made her follow-up appointments. Sally argues the point given she only has a month to live. Katie urges her to fight. She understands Sally feels betrayed by her own body, but there’s always hope. She appeals to Sally not to give up. “Fight for yourself, your family…for Wyatt.” Katie refuses to leave until she calls the doctor. 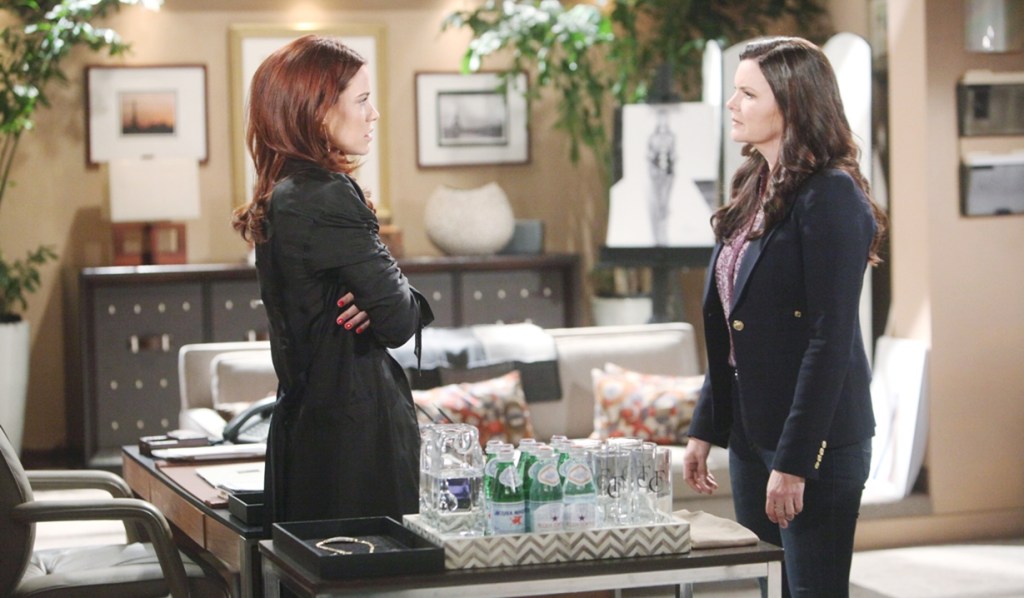 In the main office, Hope updates Brooke on Douglas’ confusion about Zoe. Brooke exclaims that Thomas is manipulating his son to get what he wants – Hope. They debate. Hope concedes he asked her if there was a chance before he gets more involved with Zoe.

In the studio, Liam accuses Thomas of manufacturing his relationship with Zoe and using his son to prey on Hope’s feelings. He’s there to tell him to stop. Thomas advises him to focus on his life with Steffy – at least he doesn’t waffle. Liam says that’s because he’s obsessed. Liam repeats his accusations and warns he won’t let him lay a finger on Hope.

At their apartment, Shauna tells Flo she’s pleased she and Wyatt are back together. Flo is trying to be low-key because of Sally. Shauna has a feeling she won’t be an issue much longer and enthuses about marriage and babies. Wyatt arrives and Shauna leaves. Wyatt tells Flo there’s something he has to tell her about Sally. Flo advises him to stop beating himself up over causing her heartbreak. Wyatt breaks the news that Sally’s dying. Flo’s aghast she only has a month to live. Wyatt can’t let her go through this alone. Flo nods. “I think we both know what you have to do.” 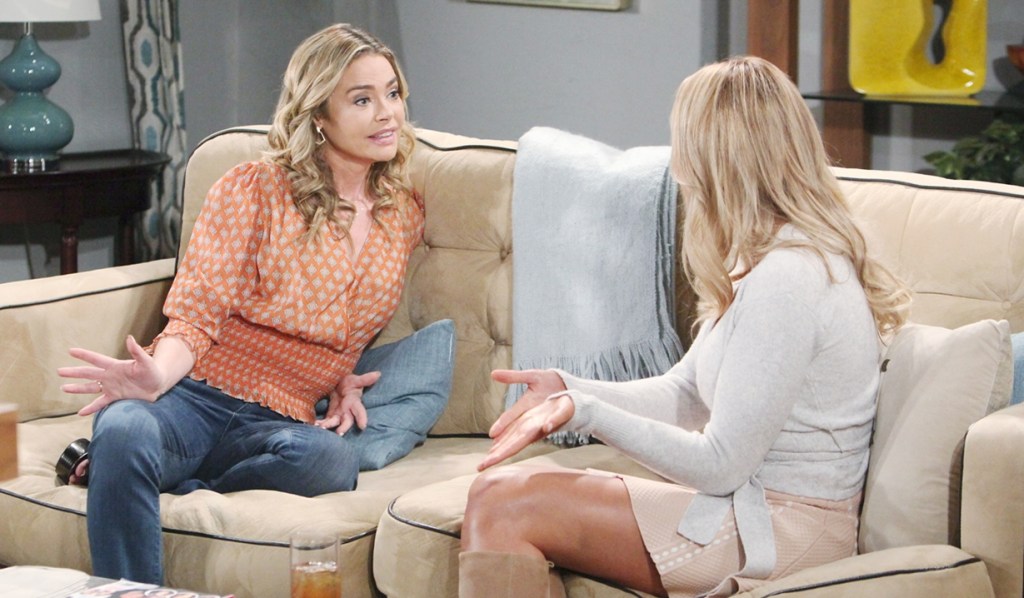