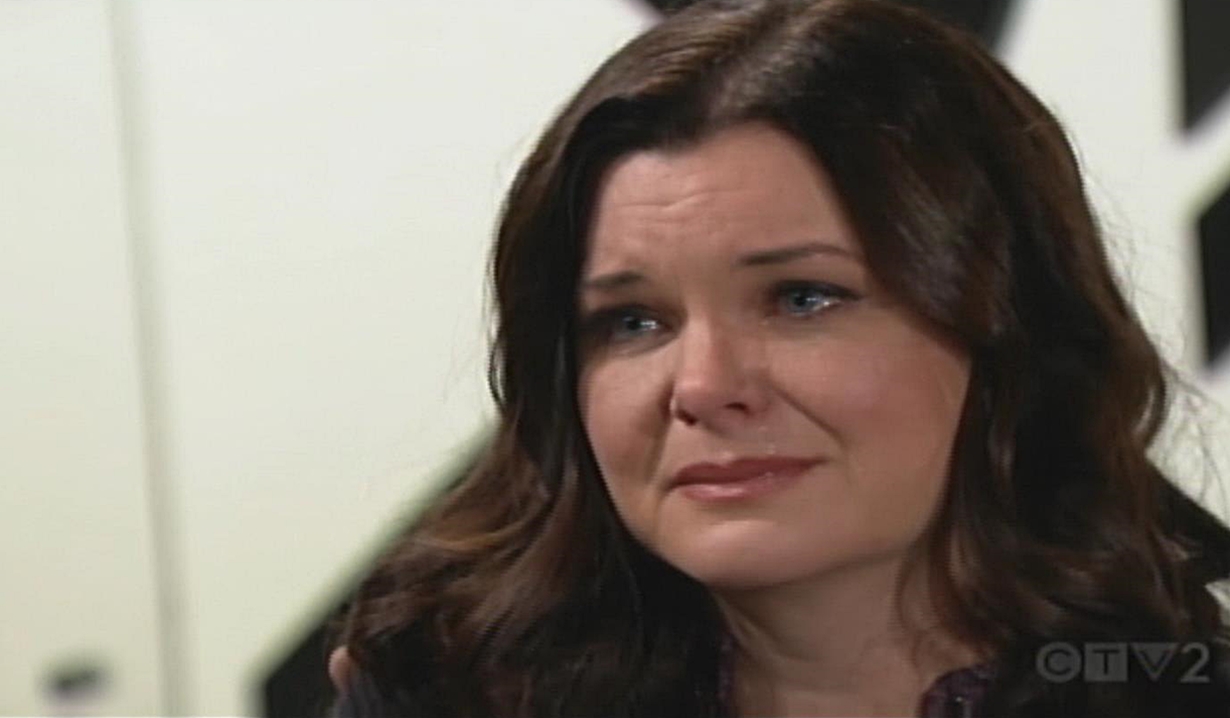 At Spencer Publications, Bill and Katie go over Sally’s terrifying situation and her wanting to keep it a secret. Bill thinks her grandmother will be upset, and Katie feels Wyatt should know. She muses, “Sally will die loving your son.” Wyatt enters and Katie eyes Bill warily before saying she saw Sally at the hospital the other day. She tearfully breaks the news that Sally’s dying and doesn’t have much time left. Wyatt has to sit and feels guilty he didn’t notice the symptoms. He panics when Katie says she only has a month and alerts him she wanted it kept secret. Wyatt’s overwhelmed. “One month. That is so unfair.” 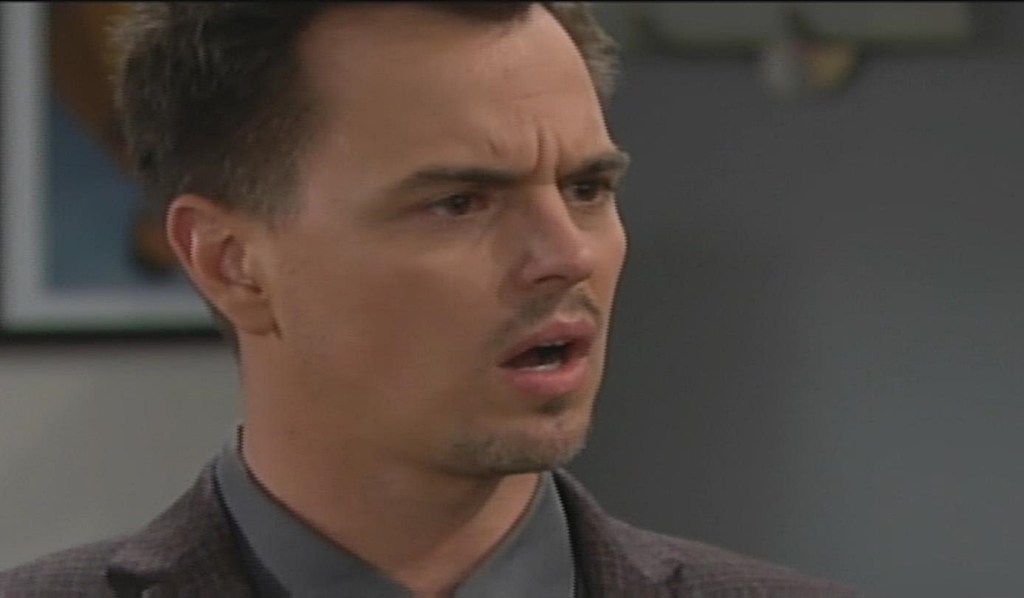 In Forrester Creations’ design office, Sally becomes tearfully frustrated trying to control her hand to draw. She falters while trying to retrieve her pencil from the floor. Eric and Quinn enter to take her to Zoe’s birthday party, but she declines. Later, she looks at a photo of her and Wyatt.

In the studio, Vinny urges Thomas to rethink his plan to use Douglas to get to Hope. Thomas recaps how seeing him with Zoe will affect the boy, who will be afraid of losing Hope. Vinny points out Douglas and Hope may not react the way he hopes. Thomas says if not, he’ll have Zoe. He decides it’s time to get the mother of his son there.

In the office, Douglas is making a drawing next to Hope. They stop to share a hug. Hope takes Thomas’ call and will bring Douglas downstairs to him soon.

In the studio, Thomas disconnects from Hope and tells Vinny this will be a surprise for Zoe, but an even bigger surprise for Hope and Douglas. Soon, the guests have assembled, and Donna enters with Zoe. Everyone yells, “Surprise!” Zoe tells Thomas this is a million times better than a photoshoot, then hugs Vinny. Hope enters with Douglas, who takes in his father holding Zoe’s hand. Hope looks down at the boy as he watches them. Quinn takes Thomas aside and whispers she hasn’t worked out his angle yet. Thomas alludes to having two very beautiful options. Meanwhile, Carter chats Zoe up, offers her free legal advice and ensures she has his number. Thomas brings Douglas over to wish Zoe a happy birthday. After, Douglas wants to go back to Hope. Vinny warns Thomas he’s messing with his kid – it’s not right. Thomas is undeterred and makes a speech. Hope and Vinny watch Douglas as he gifts Zoe with expensive earrings designed by Quinn. As guests begin leaving, Thomas decides to amp things up by kissing Zoe. Douglas panics that he wants to make her his mommy. Hope assures the boy she’s not going anywhere. 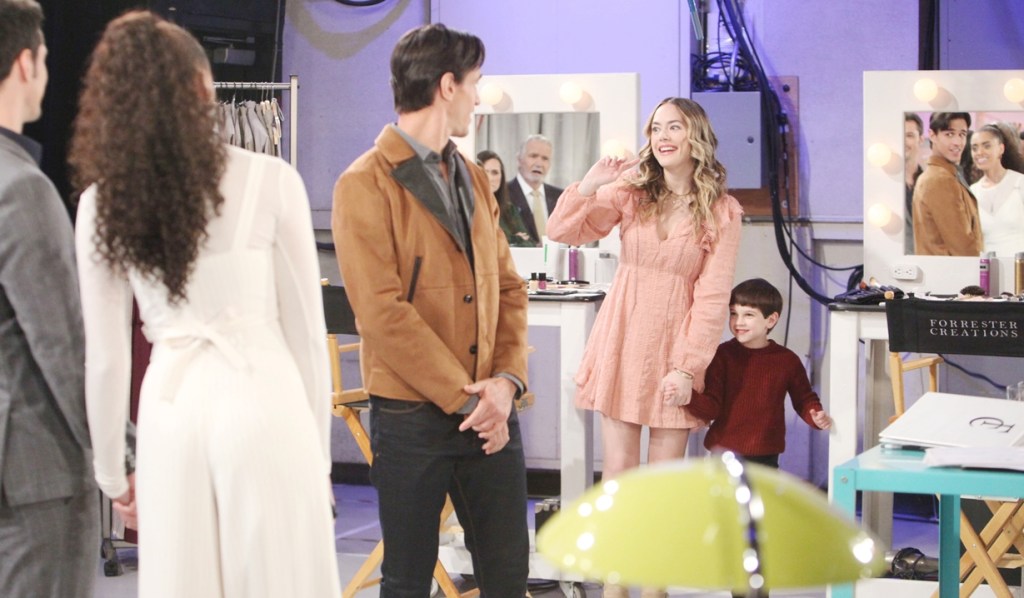 Thomas turns the tables on Hope.

<p>Vinny gives Thomas quite a look while watching him make a call upstairs to Hope. He unsuccessfully attempted to talk him out of using Douglas to get to Hope.</p>

<p>Thomas takes time to talk with Charlie at Forrester Creations. Charlie asks Thomas if they should hide before Zoe arrives at her surprise party.</p>

<p>Donna brings Zoe to her surprise party, which Thomas planned at Forrester Creations. Everyone assembled yells, “Surprise” as they enter the studio.</p>

<p>Vinny, Eric, Quinn and Charlotte look on smiling as Zoe interacts with Thomas. She tells him the surprise party is a million times better than a photo shoot.</p>

<p>Hope brings Douglas into Zoe’s party. Douglas and Hope have been upstairs in the main office at Forrester Creations and come down to the studio unaware that there’s a party going on.</p>

<p>Hope is surprised to find a party in session and picks up on Douglas’ tension as he sees Thomas holding Zoe’s hand. Thomas takes Douglas over to wish Zoe a happy birthday and the boy goes immediately back to Hope.</p>

<p>Thomas makes a speech as party-goers look on. He then gifts her with expensive earrings designed by Quinn as Hope and Vinny watch Douglas reaction.</p>

<p>Charlotte, a Forrester Creations model and former flame of Thomas’, attends the party for Zoe’s birthday. Carter, Hope, Donna and Charlie mingle in the background.</p>