Friday February 7, 2020: On Bold and the Beautiful today, Wyatt senses something's up with Sally, Quinn and Shauna hope for Flo and Wyatt to move in together, and Bill lends an ear to his son. 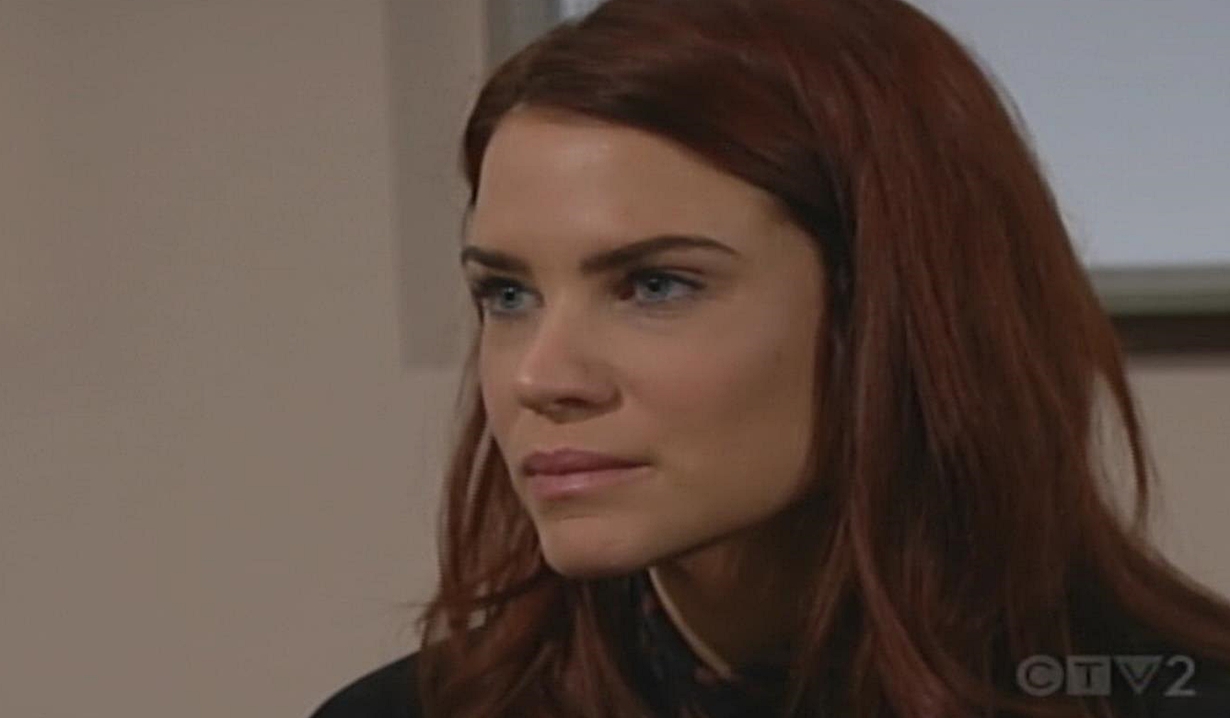 At Forrester Creations, Sally takes a call from Katie and tells her she hasn’t heard from the doctor yet about her test results. Katie pledges her support and Sally reminds her she really wants this kept private…especially from Wyatt. As she disconnects, Wyatt appears. He’s worried about her. Sally understates that they were on different pages the last time they met up. Wyatt’s always going to care about what’s going on with her…that will never change. Sally tries to get rid of him and takes a call from Dr. Escobar (played by Monica Ruiz) – her results will be ready soon; she should come over. After, Wyatt asks if everything’s alright. Sally concedes she’s been stressed at work. Wyatt hates that he hurt her, but promises he’s always there and wants to be a friend. Once alone, Sally flashes to his proposal. 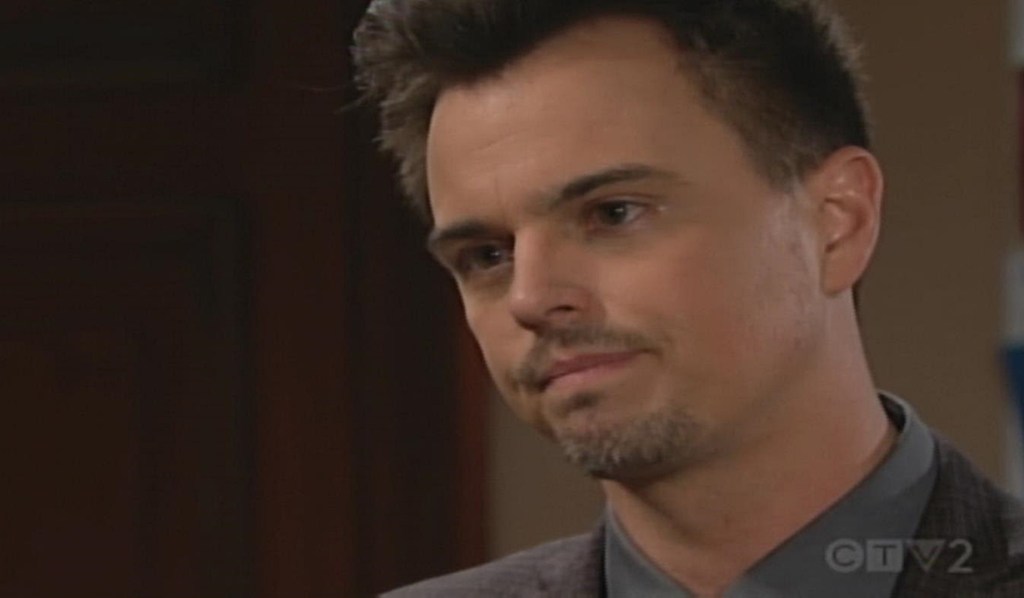 At Spencer Publications, Katie disconnects from Sally and canoodles with Bill, who asks how her doctor’s appointment went. Katie flashes to running into Sally and muses, “It was interesting.” Bill senses something’s bothering her and worries she got negative information. Katie assures him she’s actually doing better than expected and says she has to run – there’s someone she needs to see. Later, Wyatt joins Bill, who can see he’s upset. Wyatt knows Sally really well and senses something’s going on with her she’s not telling him. Bill points out she’s heartbroken. Wyatt just hopes it’s nothing more than that. 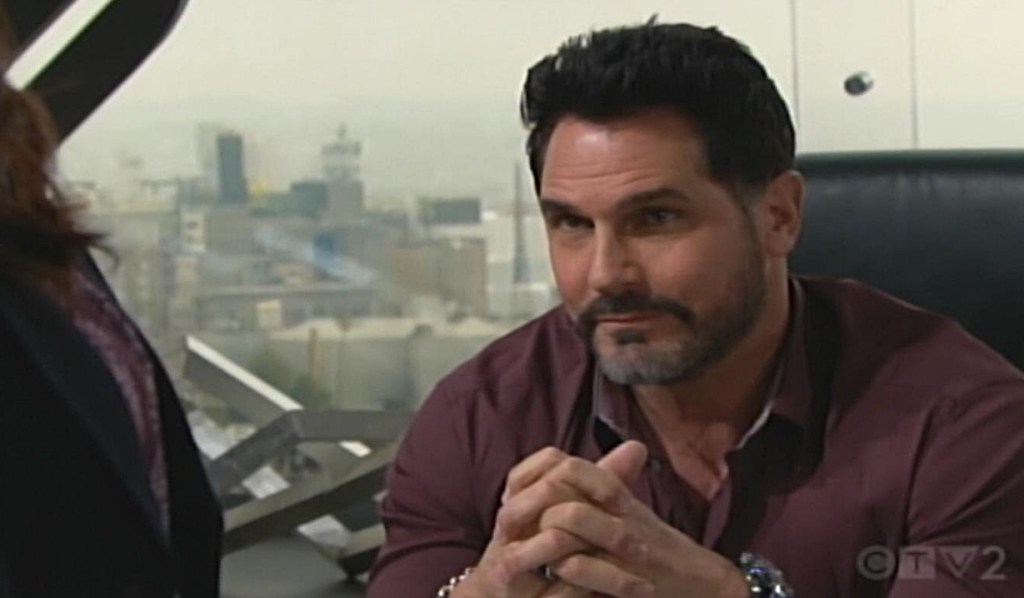 Katie arrives at Forrester to support Sally – she knows the waiting game is torture. Sally updates her that she’s heading over to get her results. Katie insists on going with her.

At the Forrester mansion, Shauna’s not upset over being kicked out, she’s enjoying time with her daughter. Quinn wants to talk about Wyatt and Flo reuniting – finally something to get excited about! Quinn rants about Brooke for a minute then decides she won’t let her take up anymore negative space in her mind. Talk turns back to Wyatt and Flo. Shauna’s only concern is Sally not accepting that her engagement is over. They go over Shauna’s interest in Ridge and gossip about the ‘Brooknado’ still circling. Quinn thinks their marriage will be over soon. Quinn ponders whether Wyatt and Flo will move in together. Shauna complains he has to end his relationship with Sally first. Quinn assures her Sally’s days are numbered.

At the hospital, Sally’s a nervous wreck and contemplates just leaving. Katie urges her to think positively. Sally thanks her for being there and hates lying to Wyatt, but she doesn’t want anyone to know. The doctor enters and asks some questions. Sally apologizes pre-emptively if she freaks out, then asks, “What do the results say? Am I okay?” 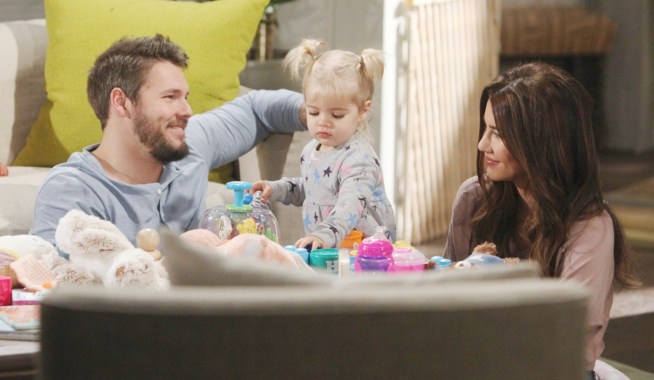 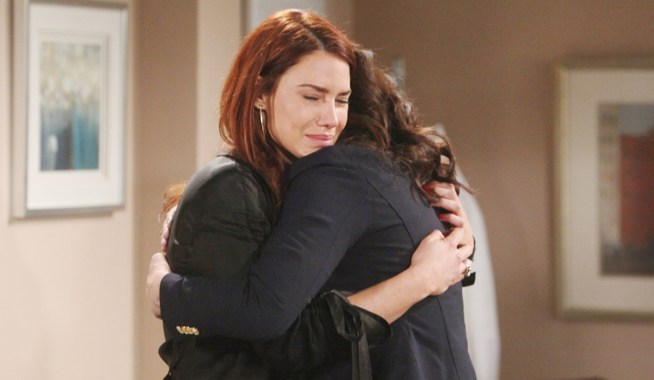