Thursday February 6, 2020: On Bold and the Beautiful today, Brooke wants Liam to get Hope back, Thomas reminds Hope she's his first choice, and Carter flirts with Zoe. 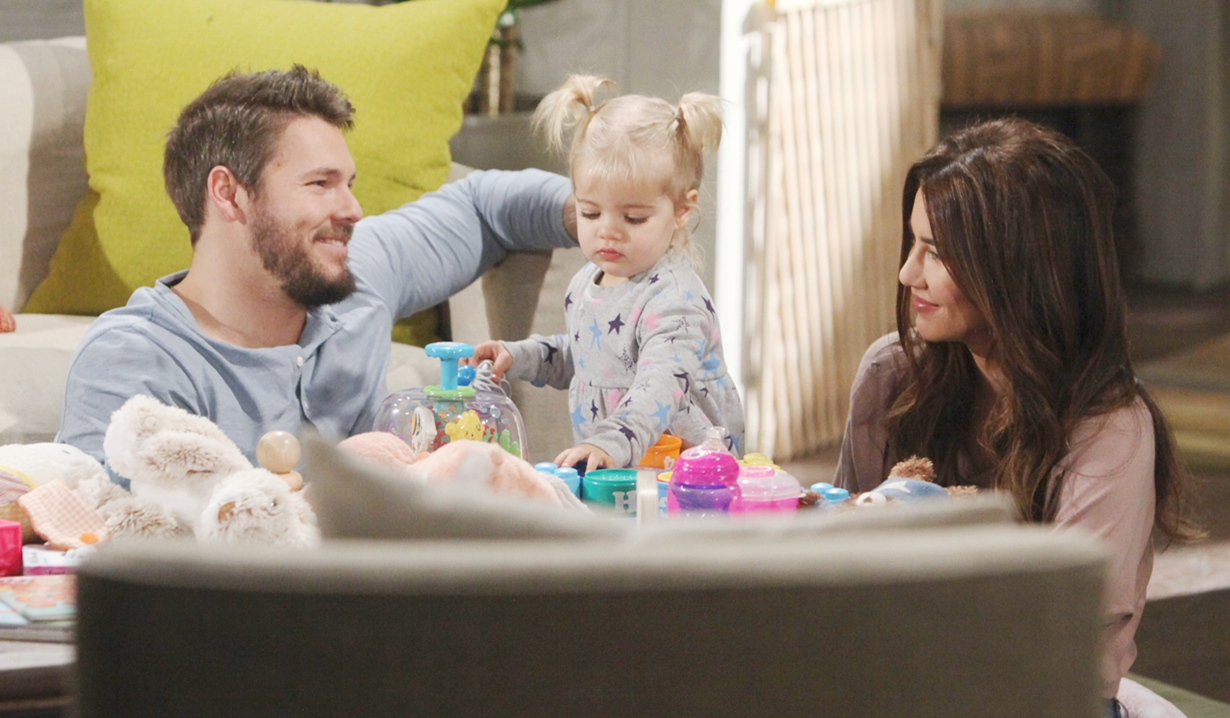 In the office at Forrester Creations, Thomas interrupts Steffy as she tries to tell Hope the reason for the kiss. Steffy insists she needs to know what happened, but Hope interrupts and doesn’t need to know anymore. Steffy tells Hope when she and Liam are together it’s about Kelly, nothing had been building up. Thomas reminds Steffy she has a special evening planned with Kelly and Liam. Steffy informs Hope they’re making a digital family album. Thomas points out they’re all coming together and putting the children first – who knows where this could go? Later, after Steffy’s gone, Thomas shows Hope a design. She’s impressed and he says she inspires him. Hope thinks it could be her line’s best collection. Thomas is there to give her whatever she needs. He loves her, but realizes you can’t always get what you want. What he’s wanted, for so long, is her. Hope asks if he’s still with Zoe. Thomas relays they enjoy each other and may become serious – he needs someone to build a life with. He wants it to be Hope.

In Forrester’s design office, Carter’s surprised Thomas didn’t tell Zoe she’d have to sign security clearances ahead of the fashion showdown. Zoe wasn’t sure it was even happening. Carter saw her modeling for it and says, “Beautiful.” He doesn’t just mean the designs. Zoe reminds him with Thomas. Carter thinks he’s a complicated guy and questions if he’s being honest with her. Zoe believed him when he said he’s ready to move on. 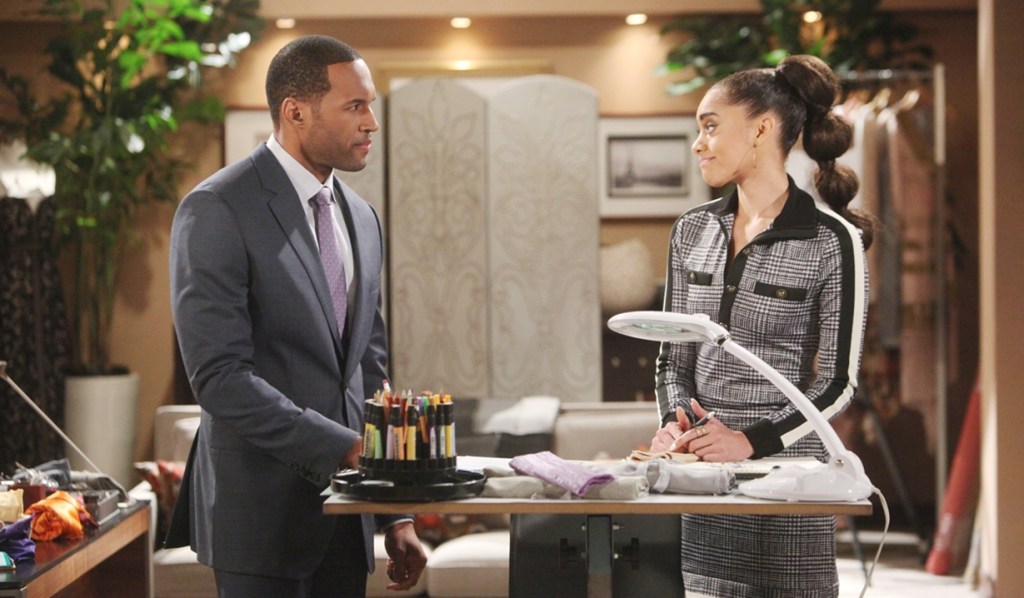 Zoe comes upon Thomas and Hope in the main office and asks him about dinner. Hope agrees to watch Douglas.

At Spencer Publications, Liam agrees with a fretful Brooke that Thomas hasn’t stopped manipulating and is a threat to everything they care about. Liam says he has to own the kiss however. Brooke lays into him for kissing Steffy right after proposing to Hope. Liam vows to protect Hope from Thomas whether he’s with her or not. Brooke wants him to get her back. Liam’s grateful she’s not keeping him from Beth, but he has another family with Steffy and can’t apologize or feel guilty about being with them. 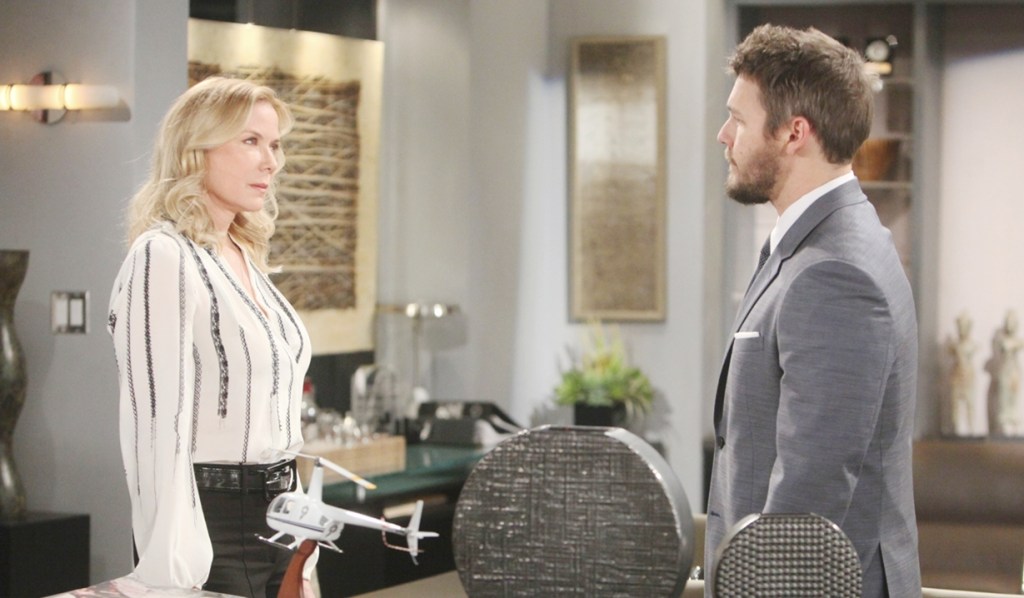 At Steffy’s house, she, Kelly and Liam spend time together and he reflects on how nice it is. Once Kelly’s down for a nap, Steffy asks Liam if he feels joy there. He does. She thinks it’s Kelly’s magic. Talk turns to the kiss. Steffy feels guilty, but it also gave her a spark of energy. Liam’s so happy to be there with Kelly…and with her. Their relationship is one of the great treasures of his life. He flashes through good times and says she’s shown him what’s in her heart, and he wants to show her what’s in his. He leans over and kisses her.

Wyatt’s shut down by Sally. 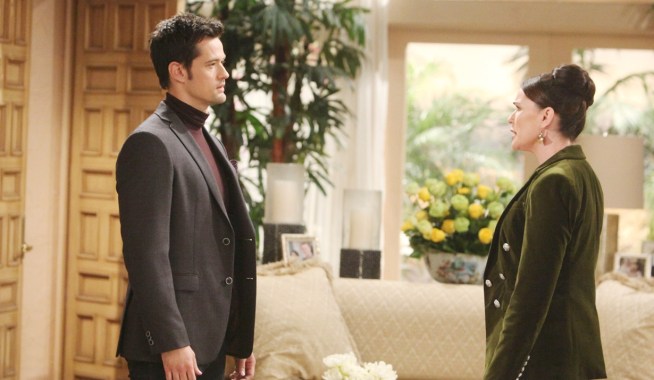 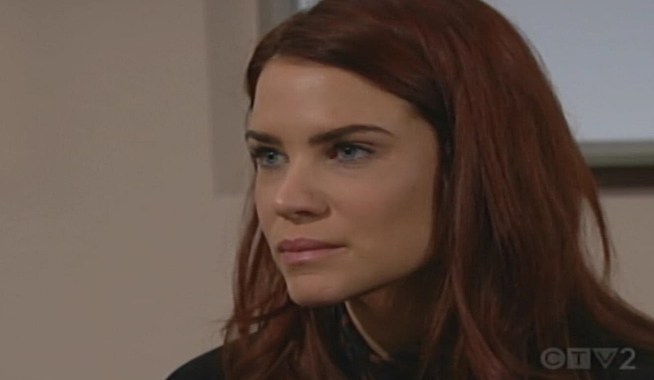