After Eric Insists Shauna Move Out, Quinn Vows to Put an End to Brooke

Tuesday January 28, 2020: On Bold and the Beautiful today, Quinn puts up a fight, Bill encourages Liam, and Thomas urges Steffy to stay quiet. 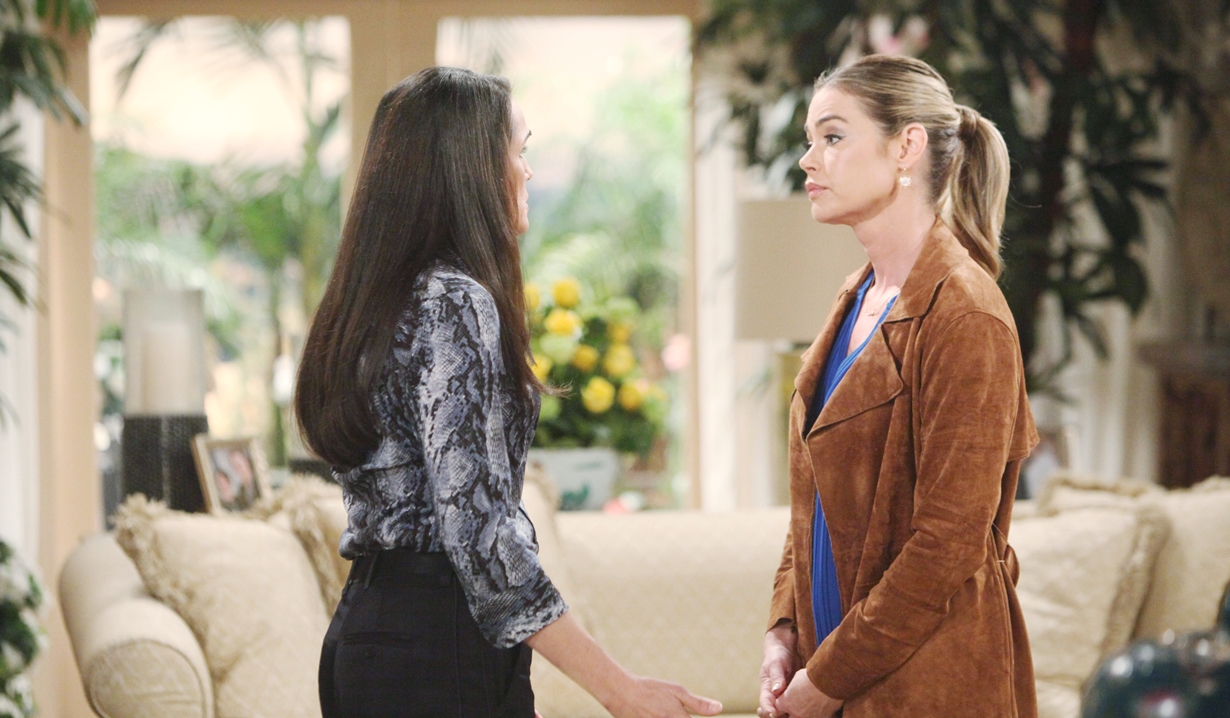 Thomas enters Steffy’s place before she can tell Liam her brother manipulated Hope walking in on them kissing. Thomas admits he encouraged Steffy to tell Liam how she feels. He says Liam belongs with the family he had first. Liam knows he just wants Hope for himself and leaves. Thomas can’t believe Steffy was going to tell Liam the truth. Steffy knows Hope could see them kissing and never wants to do anything like that again. She asks if he’s obsessed with Hope again. He denies it. He’s just raising Douglas with her and he’s with Zoe now. Steffy orders her brother not to use Zoe. Thomas insists he’s happy just hanging out and having fun. She could be happy too if she’d listen to him. He knows Liam still has feelings for her. She should fight for him to have their family again. 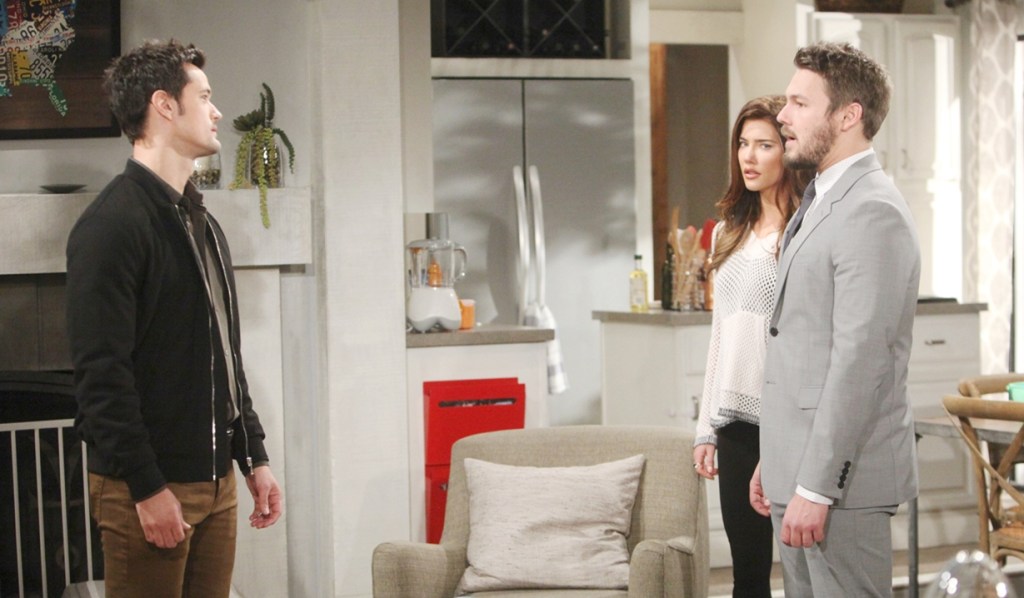 Liam heads to the office but is distracted when Bill talks business. Bill tells him to forget about Hope and focus on building his life with Steffy. Liam says it’s complicated, but Bill counters Hope isn’t happy unless she’s in the middle of some crisis. In fact, Liam is the same way, but that doesn’t make them perfect for each other. He thinks Steffy makes him a better man because she grounds him. He’s always thought Steffy was the woman for him.

At home, Brooke blames Thomas for manipulating Liam out of Hope’s life. Hope says it was Liam who kissed Steffy. Thomas had nothing to do with it. After arguing about Thomas, Brooke tells Hope about Ridge and Shauna and her fight with Quinn. Brooke reminds her daughter all they need to do is stand up against the manipulators in their lives and fight for their family. 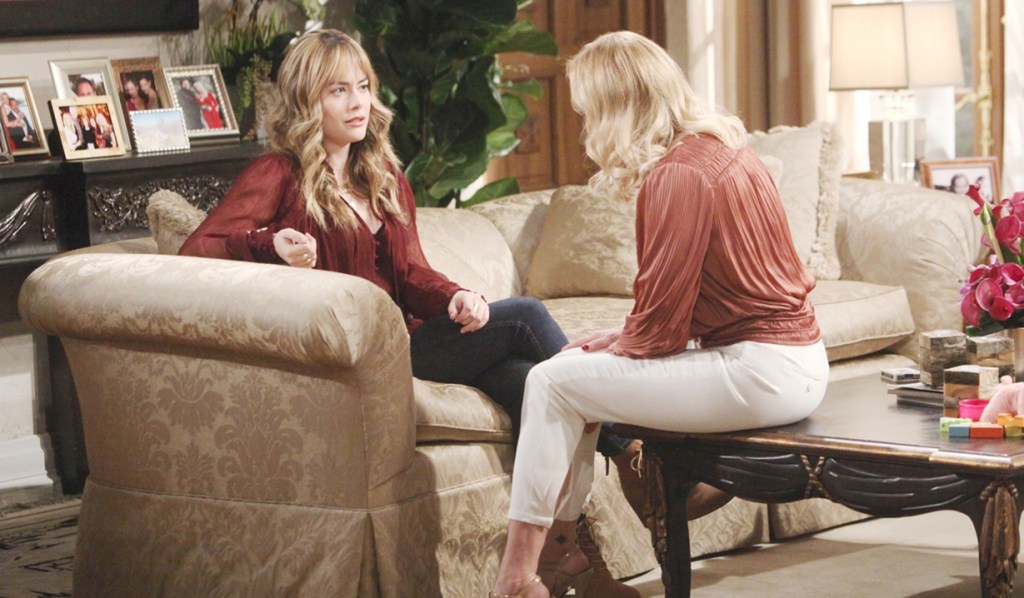 Shauna tells Quinn to be smart and not overreact with Brooke, as Eric comes downstairs to the living room. Shauna leaves as Eric tells Quinn Shauna can’t stay in the guest house any longer. When Quinn protests, Eric expresses concern for Brooke. The way she’s acting reminds him of how she was when she was drinking. He doesn’t want to see her go down that road again. He asks Quinn to move Shauna out for the sake of their family. Shauna returns after Eric has left. Quinn doesn’t want to ask her friend to leave, but Shauna understands. She doesn’t want to be a problem for her and Eric. Quinn insists Brooke is the problem. If she doesn’t back off, Quinn will put an end to her. 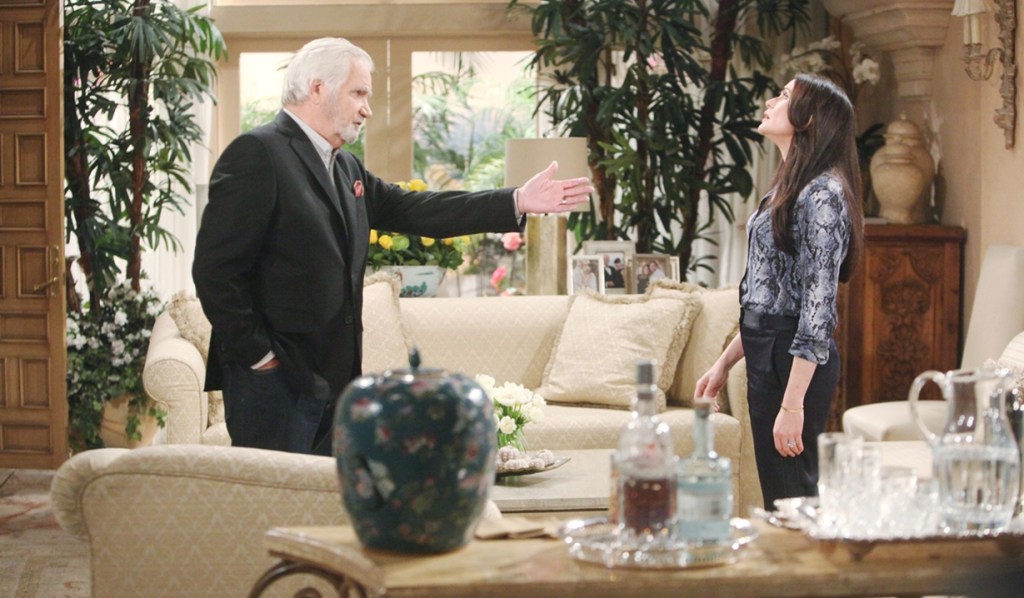 Quinn makes it clear she won’t back down.