Sally Pays Flo a Visit to Confront Her About Making a Play for Wyatt, and Gets Lightheaded While There

Monday January 27, 2020: On Bold and the Beautiful today, Steffy feels guilty about the kiss, Wyatt updates Quinn on his love life, and Thomas comforts a distraught Hope. Liam enters the cliffhouse with Steffy and Kelly, who was scared by a wave. Liam takes Kelly to the bedroom. Steffy takes a call from Thomas, who’s pleased Liam is there. He urges her not to feel guilty about the kiss – she didn’t do it to hurt Hope. He reminds her of the family she deserves. After, Liam rejoins Steffy, who tells him she and Kelly love having him there. Talk turns to Beth. Steffy bets he’s missing her. Liam still can’t get over Hope ending things with him. Steffy flashes to the kiss as Liam gets ready for work. She tells him it’s nice having him there doing family things but she feels bad. Liam doesn’t blame her – the kiss took both of them. Steffy replies, “Not really.” She recalls Thomas prompting her, then tells Liam there’s something he needs to know…about that kiss. 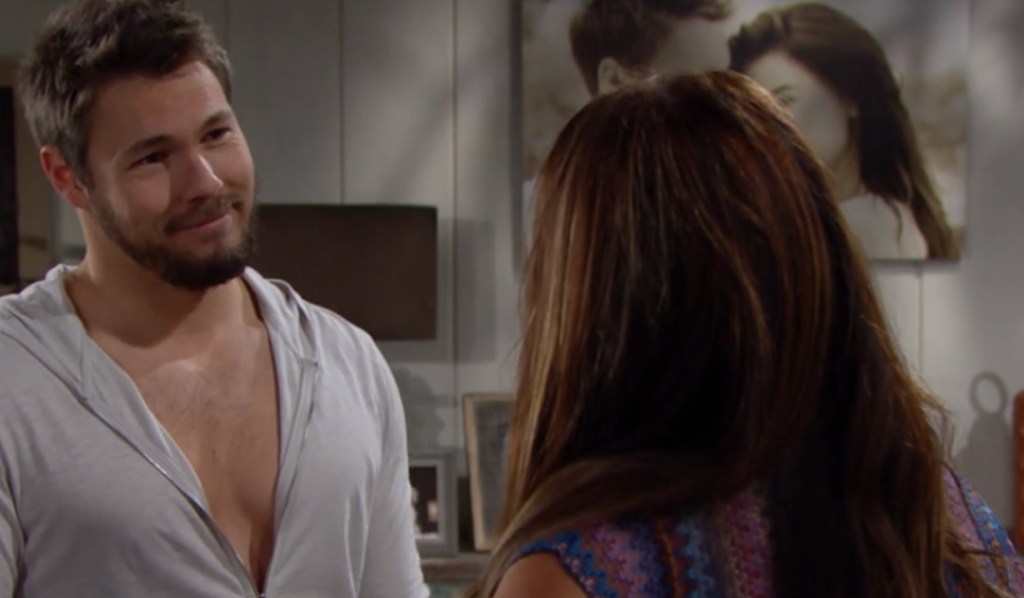 At the Forrester mansion, Wyatt questions Quinn about the tension around there. She says it’s Brooke, and she’ll handle it. Wyatt relays he has some happy news. Quinn guesses he’s getting back with Flo and attacks him with a big hug. Wyatt explains that Sally told him she’s not letting him break things off with her. Quinn’s sure he tried to spare her feelings, and the fact she’s taking it this way is on her. She’s sure Sally will bounce back. Wyatt feels there was something different this time – he hopes things get better for her. He knows his future’s with Flo, but he still cares about Sally.

Sally arrives at Flo’s place and informs her the play she’s making for her man won’t work. Sally hasn’t changed her mind about wanting to marry him. Flo asks, “Even if Wyatt’s changed his?” Sally points out they’d already be married by now if not for her slip up. This is not the end for them. Flo states Wyatt wants to be with her – she’ll have to get used to it. Sally sits heavily on Flo’s sofa and is lightheaded. Flo asks, “Is there anything I can do?” Sally wants her to stay away from Wyatt. Flo says it’s his choice. Sally is sick and tired of losing. She warns Flo once Wyatt remembers how good they are together; they’ll be back together. Sally shakes uncontrollably as Flo takes a call. 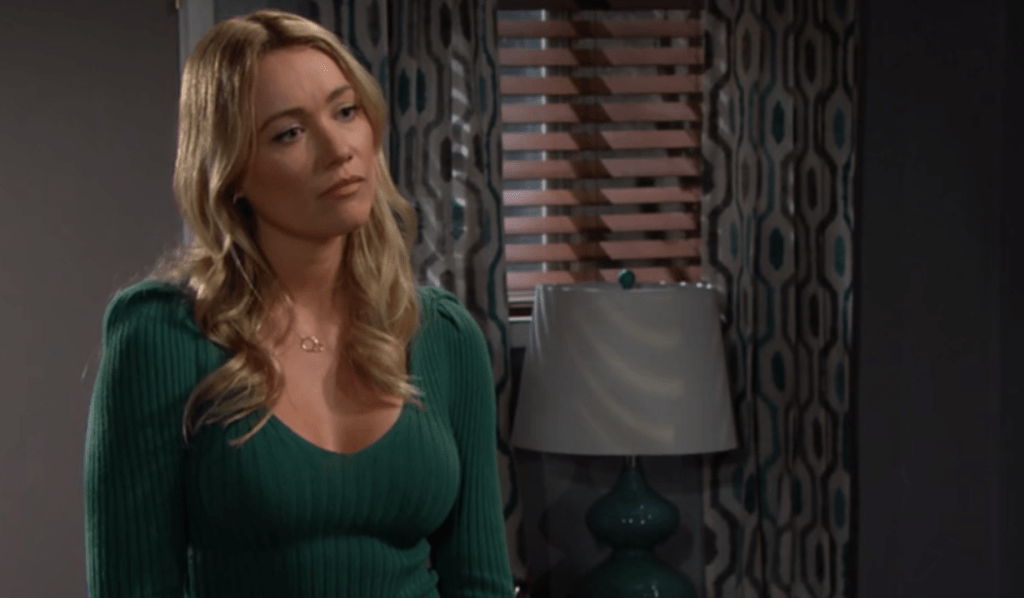 In the Forrester design office, Thomas tells Hope he’s aware she saw Liam and Steffy kissing. Hope complains about Liam’s ultimatum – how could he think she’d walk away from Douglas? She went to Steffy’s to work it out, that’s when she found them together. Thomas hates seeing her this way – he’s so grateful she’s not cutting Douglas out. Hope doesn’t want to lose Liam but doesn’t want to turn her back on Douglas. Thomas holds her as she cries.

Thomas interferes when Steffy plans to tell Liam the truth.

The Bold and Beautiful's Pre-empted...

After Eric Insists Shauna Move Out,...