Thursday January 16, 2020: On Bold and the Beautiful today, Shauna lets Ridge know she's there for him, Katie wants everyone to forgive Flo, and Wyatt and Flo express their love. 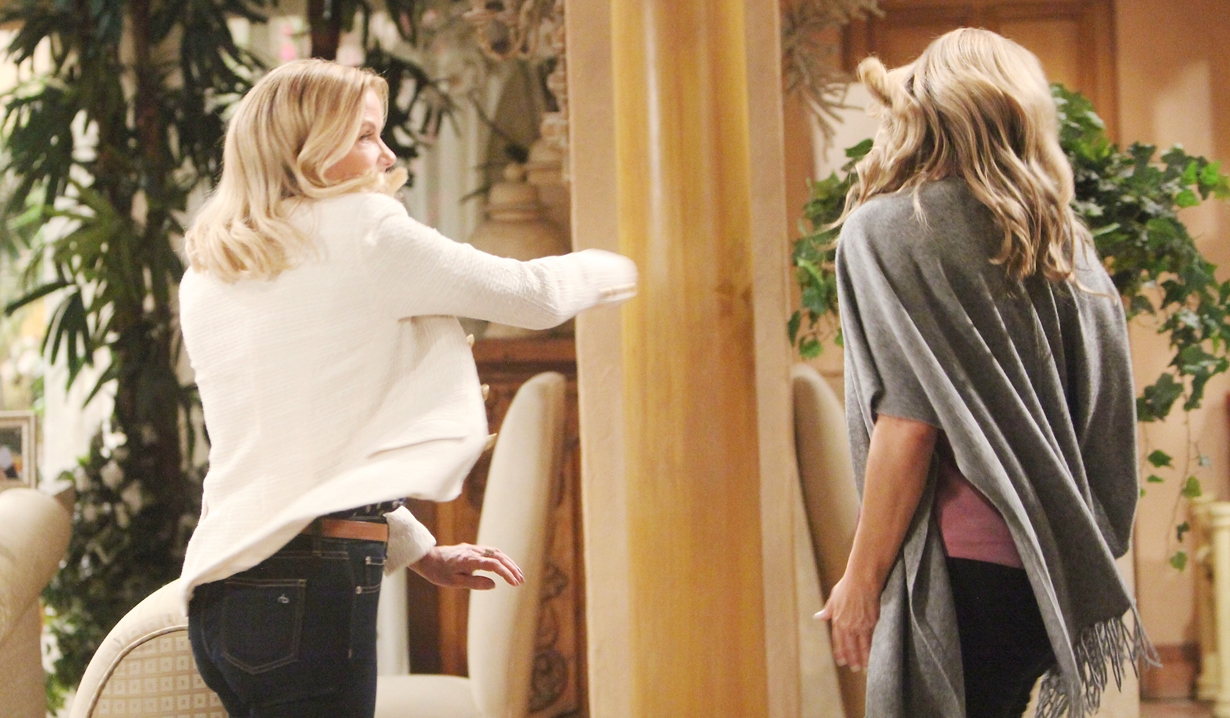 In the Forrester living room, Quinn listens from the staircase as Brooke insists Eric send Shauna and Quinn back to Vegas – back to the desert where they belong.

In the Forrester guesthouse, Shauna tells Ridge by phone she’s always there whatever he needs. After, Quinn arrives and tells Shauna she heard Brooke ranting to Eric like a lunatic – she’s out to get them both. Quinn fumes about the gall of Brooke trying to say who can and cannot live in her house. 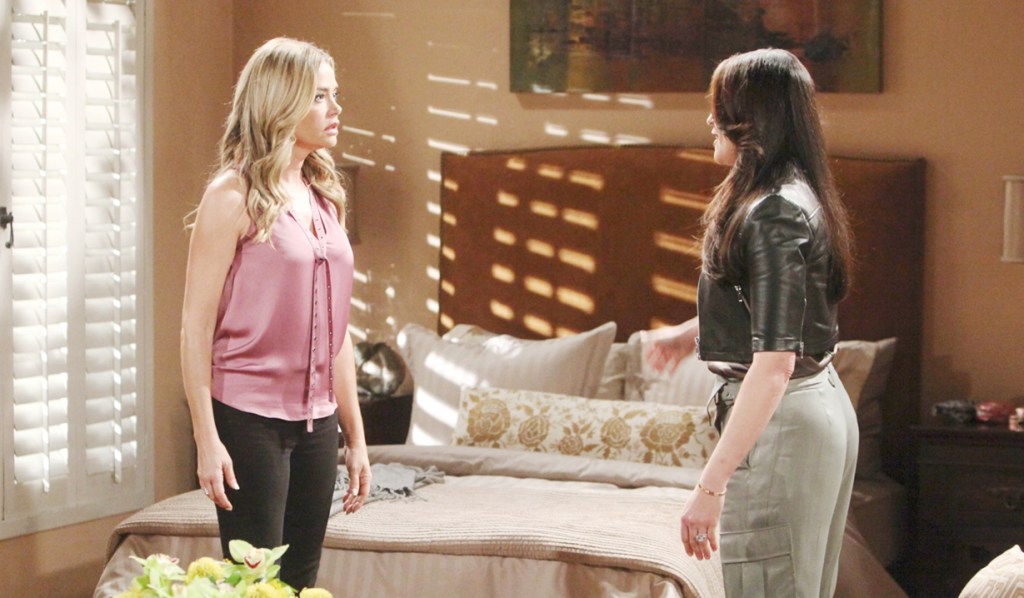 Still in the Forrester living room, Eric tells Brooke he won’t be divorcing Quinn and hugs her before leaving. Quinn enters and lets Brooke know she overheard her. Brooke rants that Shauna shouldn’t be living there – she should be taking care of Felony Flo not Ridge. Quinn warns her to back off – she doesn’t want her as an enemy. Brooke narrows her eyes and sneers at Quinn being little miss matchmaker and accuses her of being threatened by her history with Eric. Quinn refers to her as a discarded wife and herself as the family matriarch. Brooke feels Quinn will never be the matriarch – she wants her and Shauna out of this house for good! Shauna enters as Brooke refers to her as trash. Shauna infuriates Brooke by referring to how Ridge kissed her – she was there when Brooke wasn’t, it’s no wonder Ridge was looking for something better. Brooke slaps her and intones she learned that from the real matriarch of this house. Quinn smacks Brooke down onto the sofa and says, “Bitch you should have learned it from me!” She adds Brooke is poison to the family and Stephanie tried to get rid of her. Brooke screams if Quinn wants a war, she’s got one! 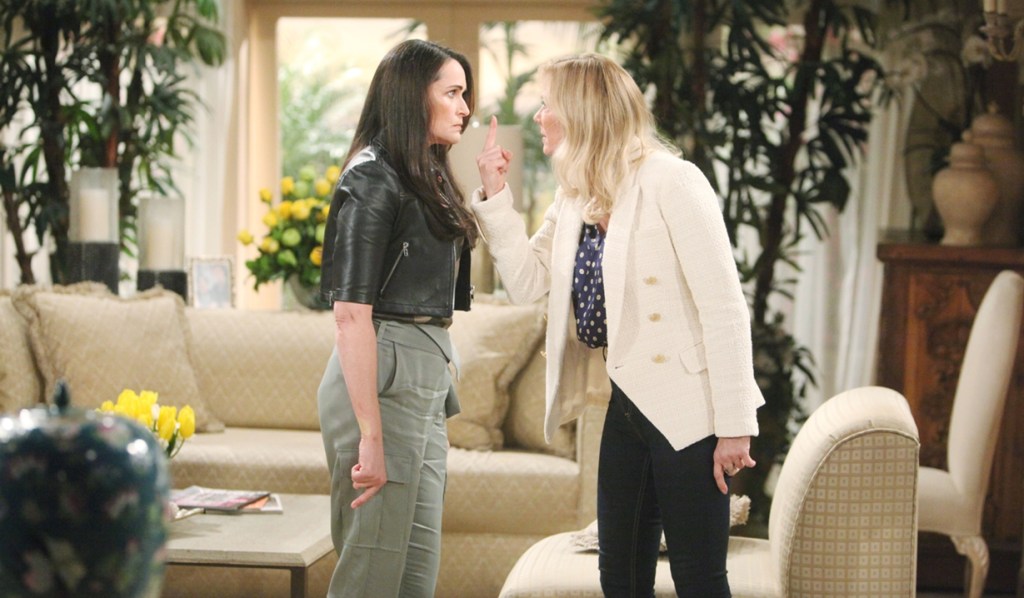 Flo arrives to a gathering at Spencer Publications followed by Wyatt. Katie tells Bill, Justin, Will, Donna and Wyatt that she wants them to forgive Flo. Will knows Flo saved his mom, so she gets a second chance from him. Katie tells Flo that she was wrong to say Storm would be ashamed of her, and she’s proud to call her a Logan. Flo protests she doesn’t want to be forgiven for the kidney, only because they believe she regrets what she did. Katie knows her remorse is genuine. Donna forgives Flo and embraces her. Bill grunts that he’ll try to believe she’s remorseful. Wyatt calls Flo an extraordinary woman they’re all lucky to have in their lives. After, Wyatt tells Flo he tried to move on, but she was always the one he wanted a family with. She wanted that too. They profess their love and kiss. 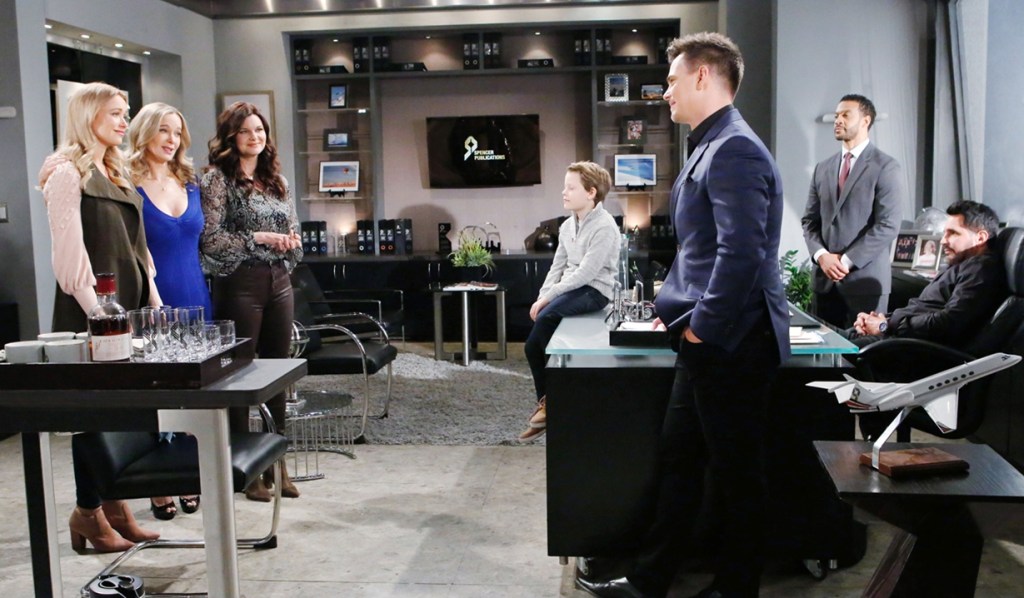 At Forrester Creations, Eric confronts Ridge for telling Brooke about Shauna – she’s really hurting right now and asked him to get rid of Shauna…and Quinn too. 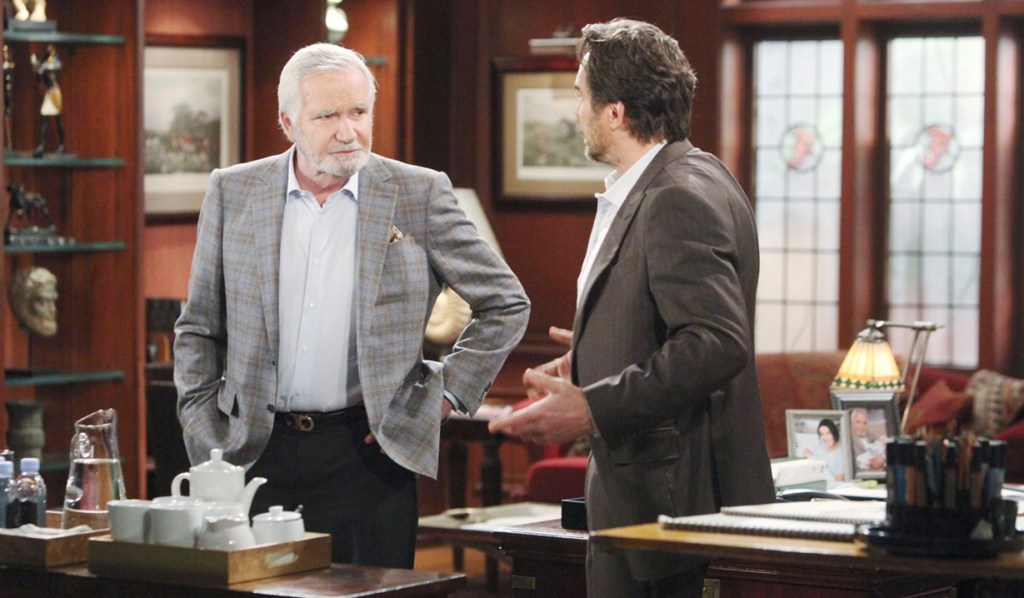 Eric gets in between Quinn and Brooke.

Wyatt Decides to Dump Sally, but...