Wednesday January 15, 2020: On Bold and the Beautiful today, Ridge comes clean with Brooke, Shauna and Quinn want their children back together, and Flo kisses Wyatt. 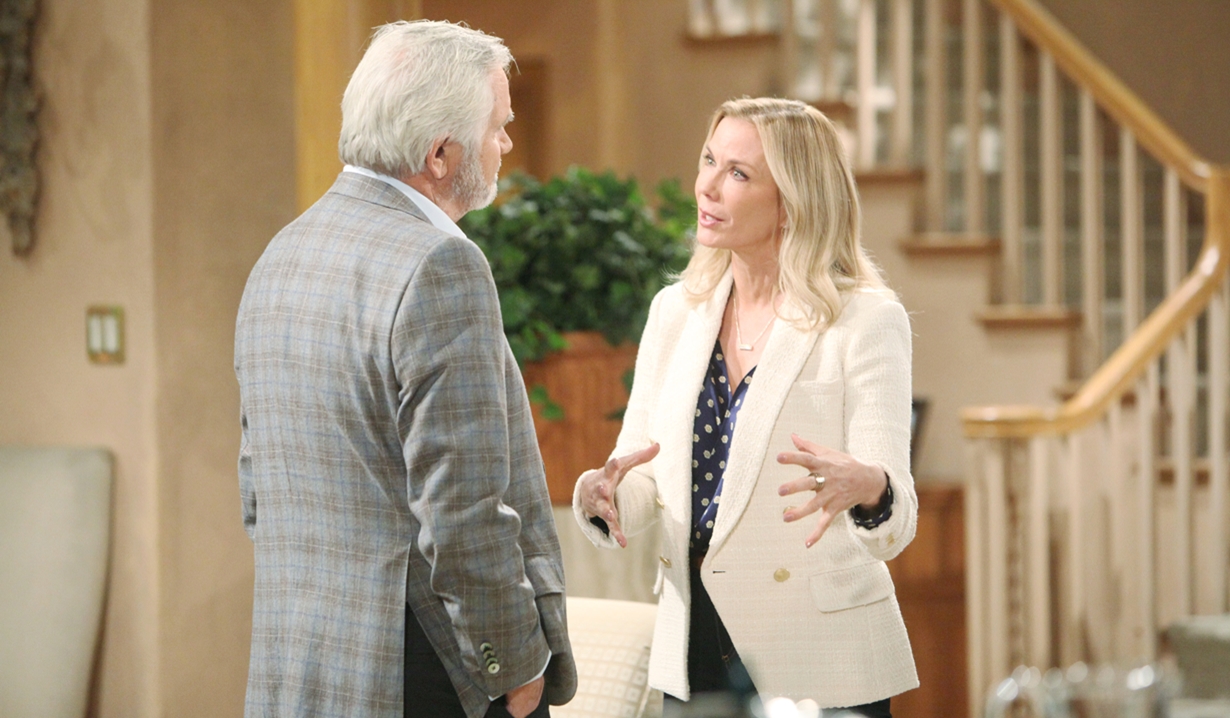 At Brooke’s place she rails that Thomas is the reason Ridge is living over at Eric’s house with Shauna in the guesthouse. Ridge says Shauna has been supportive. He doesn’t want secrets between him and Brooke and confesses he and Shauna have had a few moments when their friendship crossed a line. “We kissed.” Brooke’s angry and says she warned him about her. She wonders why he kissed her back; why would he let that woman come between them? Brooke loves Ridge but feels they’re under attack. She decides Quinn must have enlisted her best friend to seduce him. Ridge thinks she should only be mad at him. Brooke retorts he fell right into their trap – she won’t let Quinn and Shauna hijack their future. 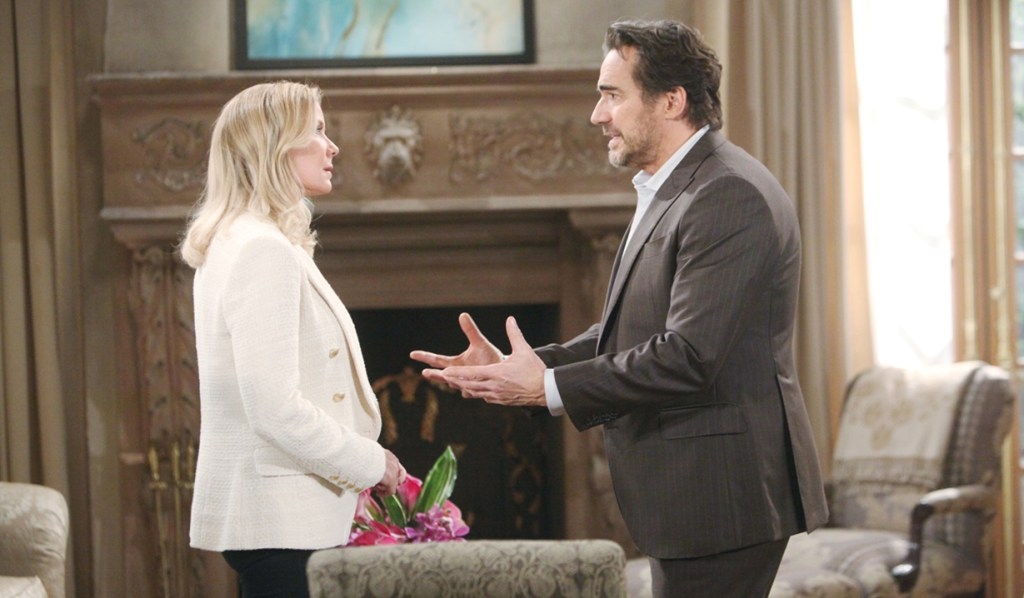 In the Forrester living room, Quinn and Shauna wonder how Wyatt and Flo’s conversation is going and hope they find their way back together. They go over Flo’s horrible mistake that she’s working hard to move on from. Quinn lets Shauna know she believes the pair could still have a future together. Talk turns to Ridge and Shauna says he’s still devoted to Brooke. Quinn points out he’s been kissing Shauna and only argues with Brooke. Eric wanders in and Shauna expresses appreciation for them letting her stay there. Quinn lets Eric know how happy she is with their life together. 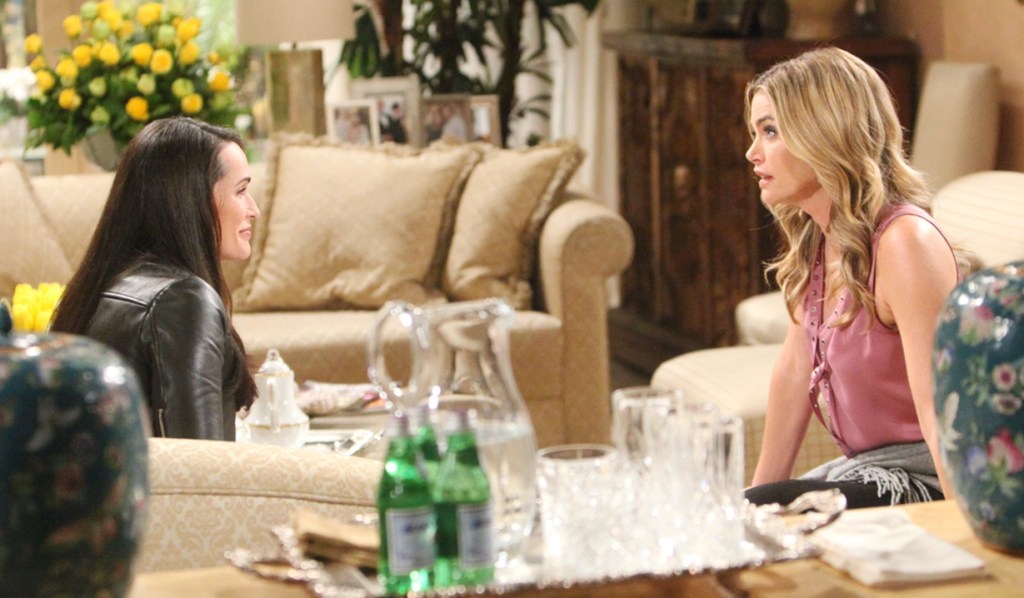 More: Network confirms this soap is sticking around

In the guesthouse, Wyatt and Flo banter and he turns serious, he likes seeing her smile again. Talk turns to his engagement to Sally. Wyatt clears his throat and says they’ve both been busy and have barely seen each other. He chuckles that Quinn feels he’s not meant to marry Sally and doesn’t want him to forget how much Flo meant to him. He never could… Flo reveals she’s taken time to reflect and discover what matters to her. They each get a text from Katie asking to see them. Flo asks if Wyatt will go with her. He thinks she’ll be fine but tells her she did a beautiful thing and should be proud. They hug, then Flo kisses him. Later, Shauna’s in the guesthouse alone and phones Ridge to see if he can have cocktails after work. Ridge warns Shauna he told Brooke they kissed, and she was upset. 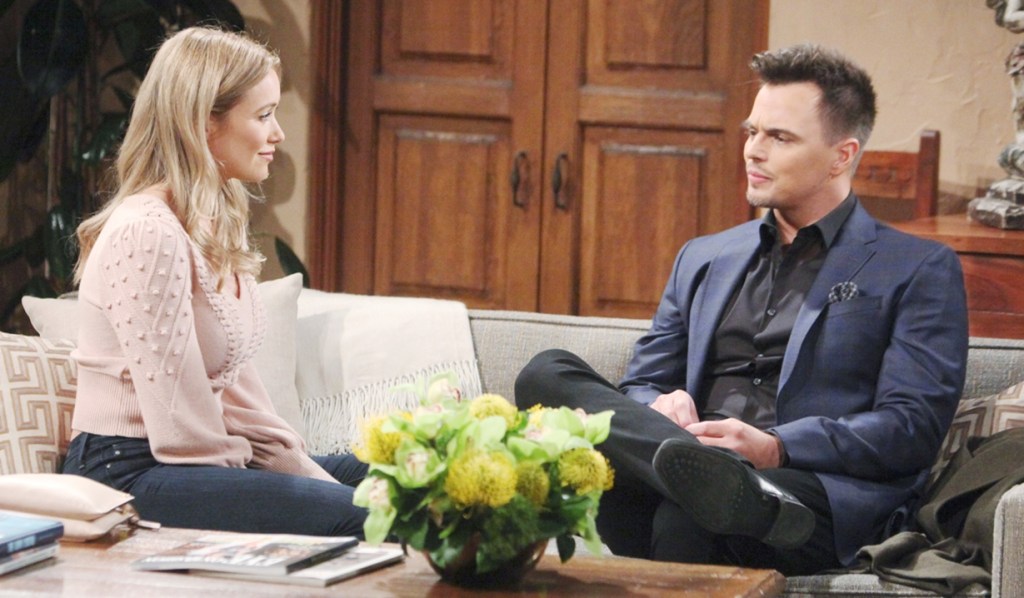 Eric’s alone in his living room when Brooke arrives. She complains that Shauna can’t stay there – she can’t be trusted. Eric asks what’s happened. Brooke is trying to save her marriage and Shauna’s trying to seduce her husband. Quinn listens from the stairs as Brooke claims Quinn is helping Shauna undermine her marriage – she’s never trusted her and hates seeing her portrait where Stephanie’s should be. Brooke declares Quinn and Shauna are two of a kind – they don’t belong there. She wants them both out of there!

War is declared between Quinn and Brooke.

Brooke and Quinn Declare War As...