Tuesday January 14, 2020: On Bold and the Beautiful today, Quinn thinks Wyatt should marry Flo, Shauna urges Flo to fight for her love, and Wyatt pays Flo a visit. 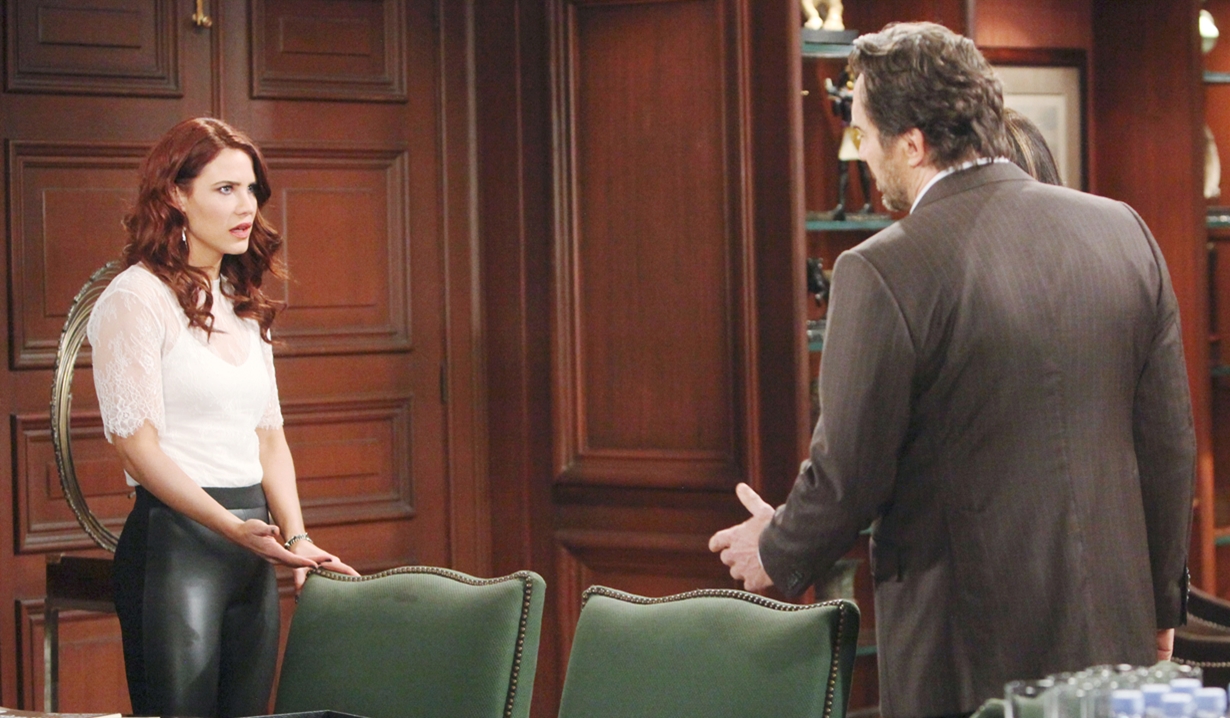 At Forrester Creations, Steffy tells Ridge she’s concerned about Sally’s sketches – not only is she losing confidence in her, she’s worried she’s losing confidence in herself. Ridge complains they look like Spectra designs, not theirs, and they wonder if the pressure is getting to her. In the design office, Sally rips up a sketch in frustration. She joins Steffy and Ridge and is stunned to hear the sketches aren’t up to their standard and they may not move forward with the fashion showdown. Steffy has to do what’s best for Forrester Creations and lets Sally know she’s worried about her. Sally asks if she’s being reassigned and, stressed, panics that they might fire her. Steffy notices she’s shaking and is concerned. Ridge assures her they think she’s very talented and sends her home. In the hall, Sally shakes and tears up. “What is wrong with me?” 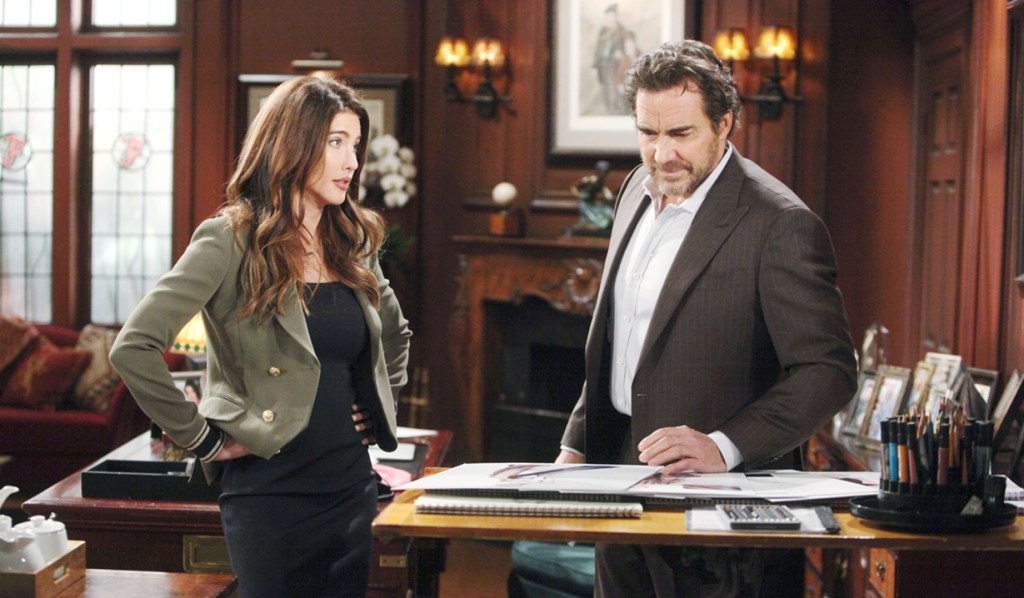 In the Forrester mansion, Quinn rants to Wyatt about Sally upon learning she called him Liam. Wyatt mentions they haven’t spent a lot of time together as she’s been busy at Forrester. Quinn gossips that Steffy isn’t happy with her designs and reiterates she doesn’t think Sally’s the right woman for him. She wants him to admit he still loves Flo. Wyatt concedes he admires Flo and what she did for Katie. Quinn thinks she also did it for him – to remind him of the big-hearted woman she is. Quinn thinks Wyatt should forgive Flo and believes she is the woman he truly wants as his wife. Wyatt suggests they discuss her love life instead then grimaces as Quinn alludes to the many uses of a spatula. 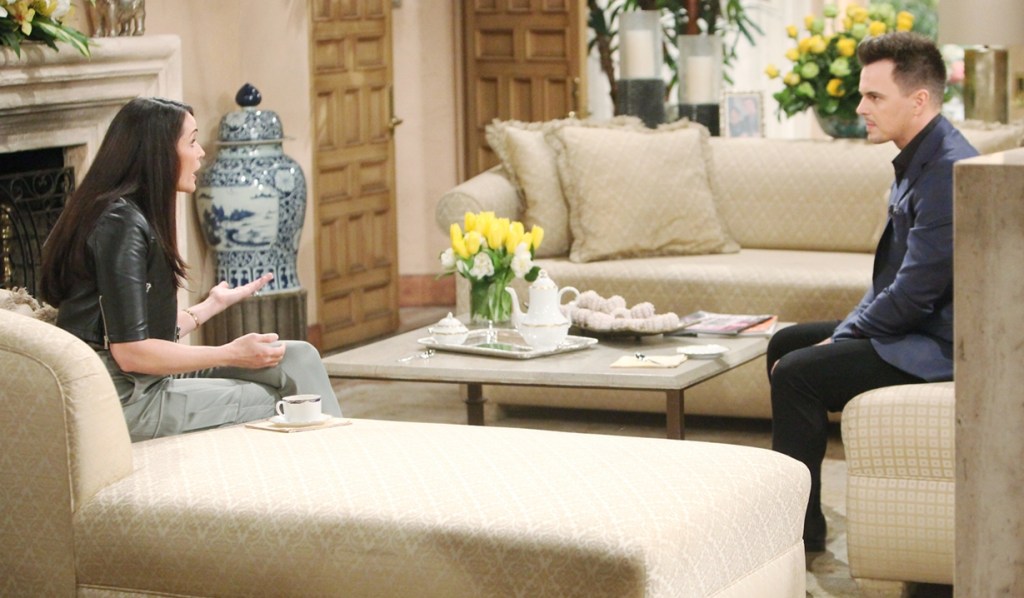 In the Forrester guesthouse, Flo and Shauna go over the events since they came to Los Angeles. Flo still has feelings for Wyatt, but he’s engaged to Sally now. Shauna thinks that may be about to change and shares that Quinn noticed things between Sally and Wyatt were tense over Christmas. She urges her not to give up on Wyatt. Flo doesn’t want to interfere which is why she’s kept her distance. Shauna insists Wyatt knows who she is at her core and encourages her to fight for the man she’s in love with. Flo asks her mother if she’s fighting for Ridge Forrester. Shauna explains he’s going through a lot of family stuff and she’s there for him. Flo wonders where she wants it to go. Shauna smiles. After, she reminds Flo to think about what she said about Wyatt. 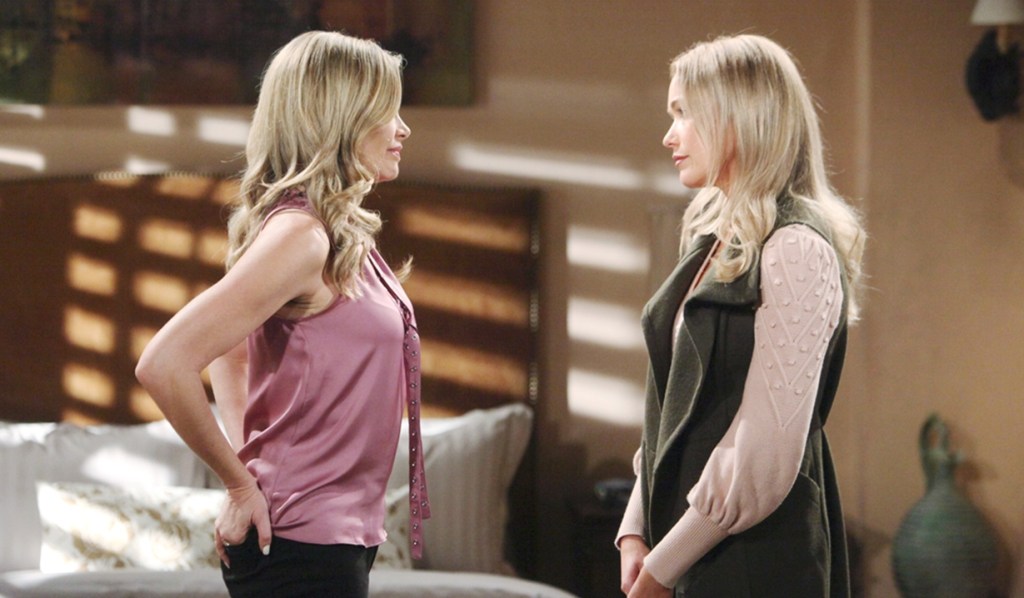 Shauna joins Quinn and Wyatt in the Forrester living room and prompts Wyatt to visit Flo in the guesthouse.

Flo is thinking about Wyatt when he enters the guesthouse. She explains she’s been lying low and has missed him. Wyatt’s missed her too. 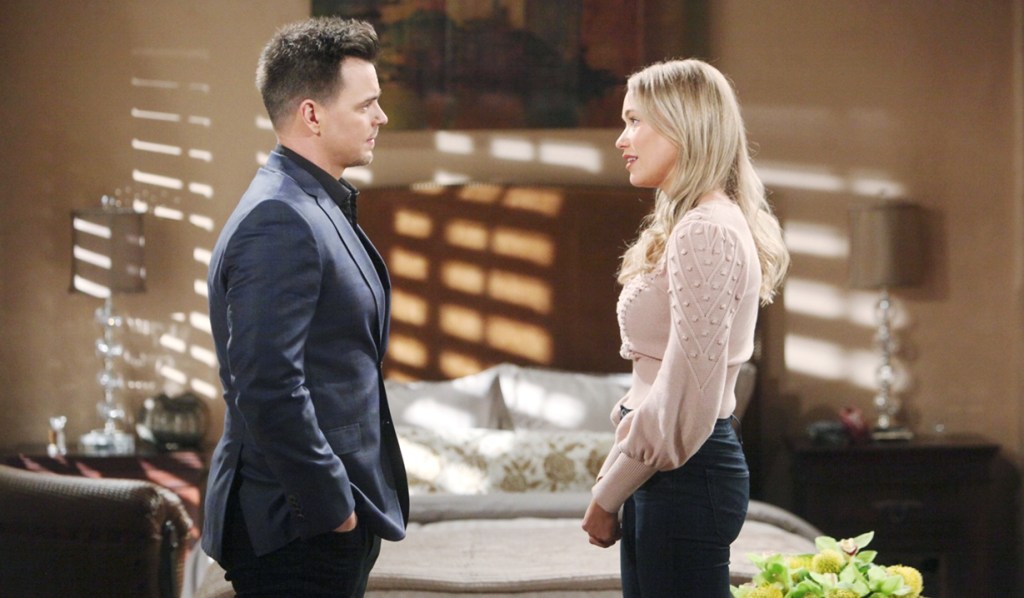 Liam Admits He Kissed Steffy Back As...