Liam Admits He Kissed Steffy Back As Hope Packs His Belongings

Monday January 13, 2020: On Bold and the Beautiful today, Brooke's stunned to hear about Liam and Steffy, Ridge opens up to Shauna, and Steffy feels guilty. 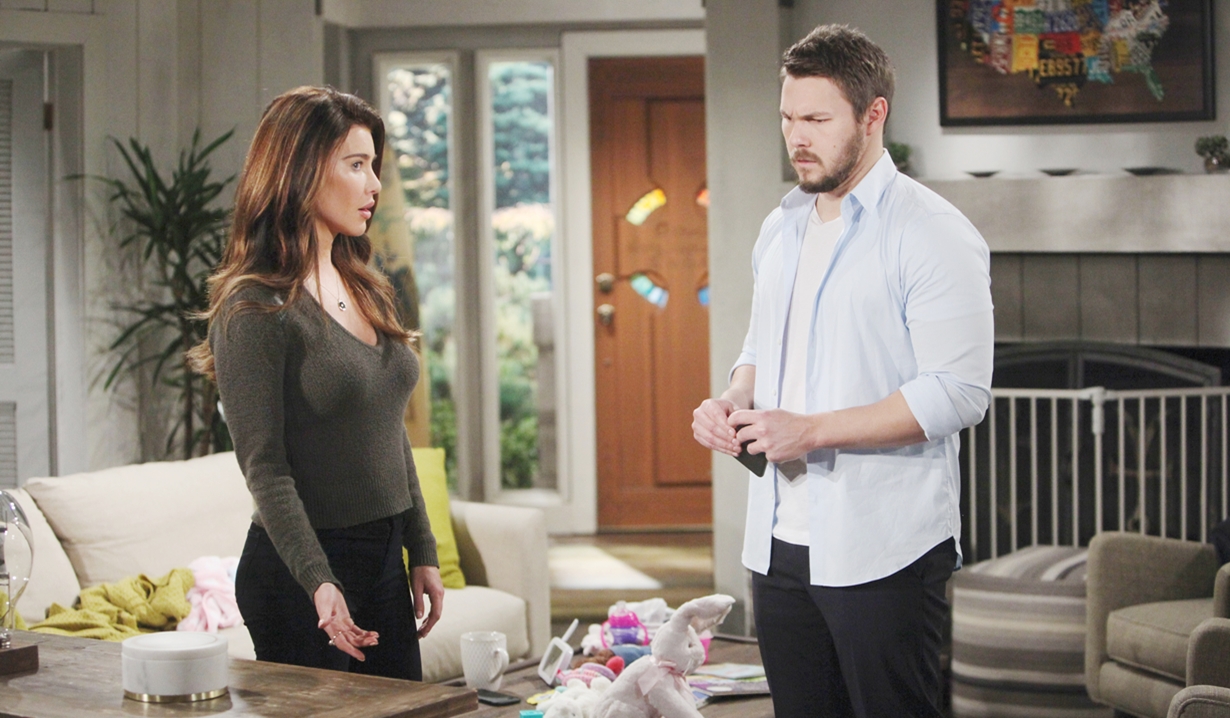 In the cabin, Hope packs up Liam’s things as she flashes to him kissing Steffy. Brooke arrives and learns Hope broke up with Liam because she walked in on him kissing Steffy. Hope thought they might be able to reach a compromise regarding his ultimatum but now they’re over. Brooke cautions they may just have got caught up in a moment. Hope doesn’t want to hear it. Brooke agrees with Liam about Thomas, but Hope argues if he’s truly unstable, Douglas needs her more than ever. She tearfully states the one thing that continually comes between them is Liam’s love for Steffy. Brooke supports Liam’s stance on Thomas, but Hope argues it’s not about him, it’s about Douglas – should she just bail on him? Her mother questions if she’s willing to give up her family with Liam and Beth for him. Hope can’t do what Liam wants and will continue to protect and care for Douglas – she wishes Liam had done the same for her heart. She describes her feelings at seeing him in Steffy’s arms, cries, and goes out for air, where she thinks of Liam. 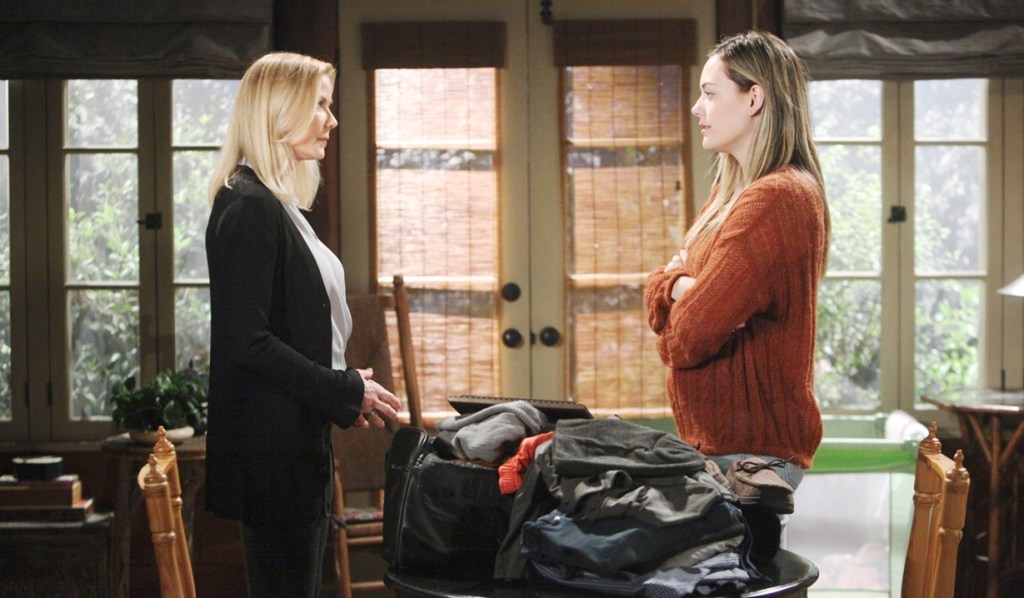 In the Forrester living room, Shauna asks Ridge if everything’s okay. He’s frustrated and worried. Ridge explains Steffy has disappointment coming her way and it has to do with Liam. He calls Thomas, who is lurking outside Steffy’s house, and warns his sister might need him today since Liam and Hope are getting engaged. Thomas says he’s already on it. Ridge disconnects and asks Shauna what she gets up to in the guesthouse. Shauna reveals she reads a lot – mostly love stories. He muses, “You’re naughty, aren’t you?” Shauna replies, “I’m also really, really nice.” She reminds him she’s there for him as a friend. 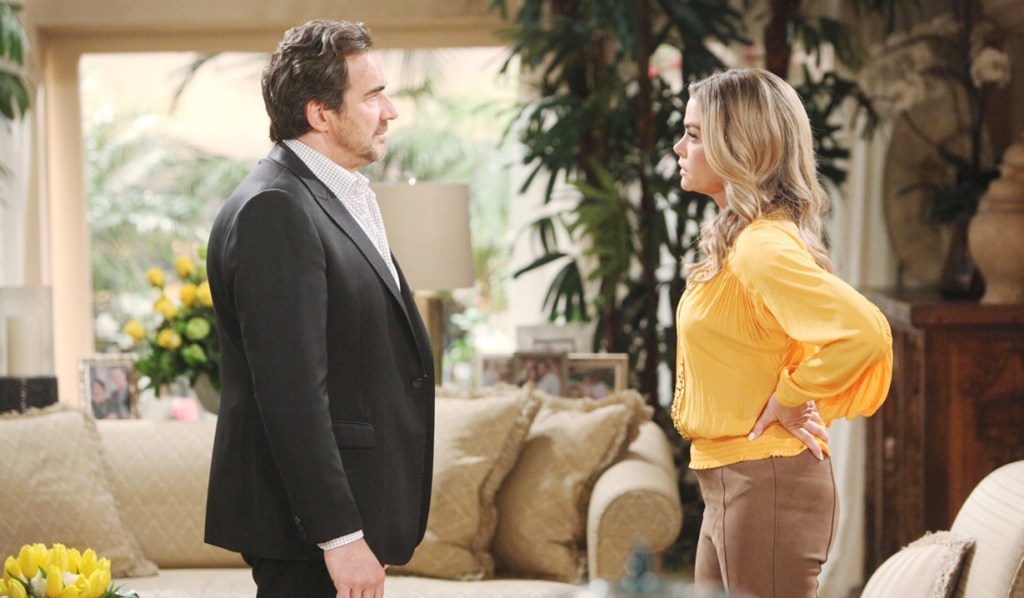 In the cliffhouse, Steffy offers to get Liam food. He’s good, and marvels over Hope running off. Steffy thinks they’ll work it out once he explains that she kissed him. Liam replies, I kissed you back…and Hope saw.” Steffy flashes to the liplock as Liam assures her he doesn’t blame her, he just wishes Hope didn’t see it. Steffy says they shouldn’t be over – Hope’s not making a fully-informed decision and that needs to stop. Liam’s confused. Thomas watches through the window as Steffy struggles to explain, then texts her to come outside. Liam assumes Steffy feels guilty and reassures her – he’s just amazed Hope appeared at the exact moment they were kissing. When Liam goes to walk the beach, Steffy heads out the front door, where Thomas accuses, “You were going to tell him, weren’t you?” Steffy confirms it, she feels awful. Thomas argues she was fighting for her family and doesn’t owe Hope anything. He urges her to make it happen with Liam. On the beach, Liam thinks of happy times with Hope. 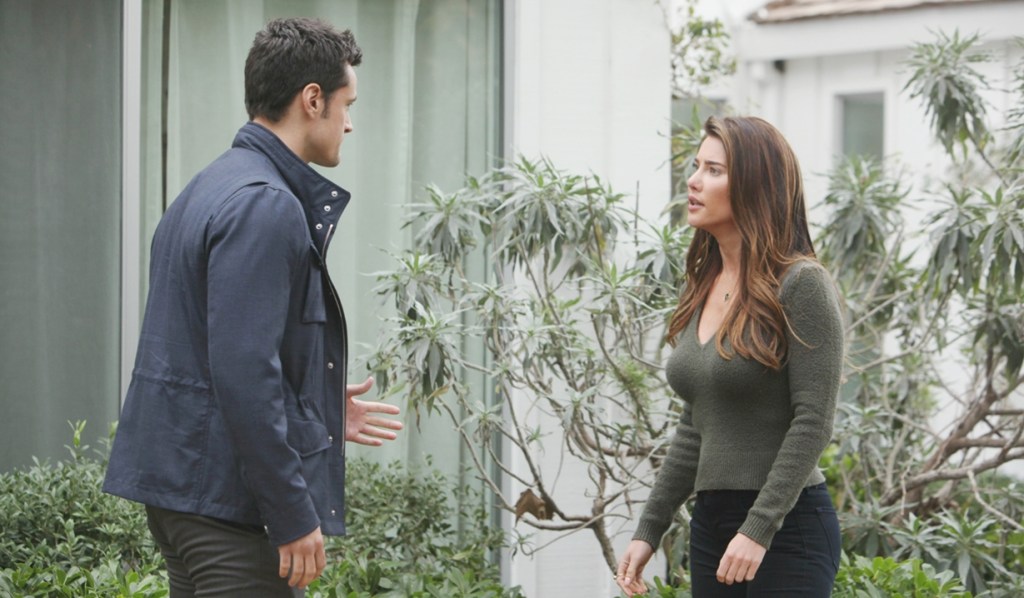