Friday January 10, 2020: On Bold and the Beautiful today, Hope confronts Liam, Steffy takes responsibility, and Brooke and Ridge hash out their issues again. 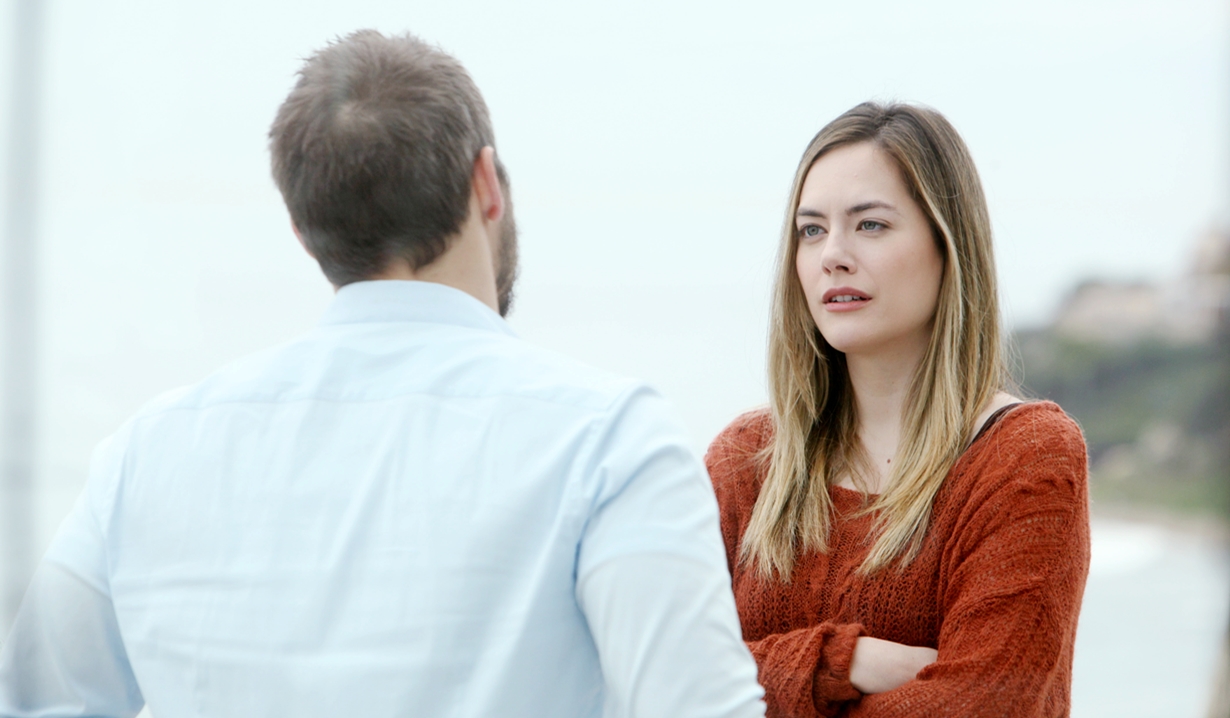 Outside the cliff house, Hope confronts Liam – last night he proposed and now he’s kissing Steffy? Thomas watches as Steffy takes responsibility. Hope doesn’t want to hear it. She tells Liam she knows things are complicated, but she didn’t expect him to go running back to Steffy. Liam insists nothing’s changed and it’s Thomas coming between them. Hope loves Liam but she’s a mother to Douglas now and will not abandon him – after seeing Liam with Steffy, she’s more certain of that than ever. Liam goes over Thomas’ transgressions and feels he’s watching a horror film where he keeps dragging Hope back in. Hope believes he’s trying to be better. Liam flatly disagrees – he’s a psychopath. He says Hope can’t parent Douglas if it means a lifetime connection to Thomas. They bicker – Hope shouts that he was kissing Steffy and Liam accuses her of bringing Thomas deeper and deeper into their lives. Hope wants Liam to admit he loves Steffy. Liam says, “We have a child together, Hope. Yeah, I love her.” Thomas grins behind the fence. Hope doesn’t want to share Liam, who has brought back every fear she had about their relationship. Liam wants to talk but Hope states what he’s put the both of them through isn’t fair. Steffy’s always come between them – he’s never gotten over her. She can’t do this anymore and tearfully stalks off. Thomas smiles and Steffy rubs Liam’s shoulder. 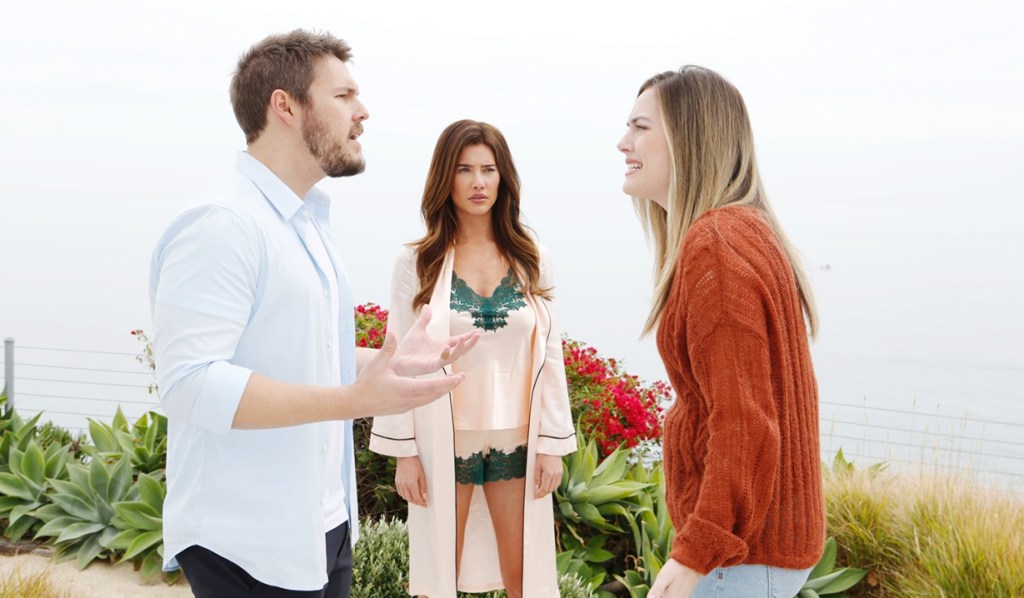 At Brooke’s place, she and Ridge go over how their love for their children shouldn’t be keeping them apart. She wants him to come home, but he’s not sure how that’s going to happen. Brooke informs him that Liam is probably putting a ring on Hope’s finger as they speak. Ridge takes exception to Liam’s terms surrounding Thomas, but Brooke maintains that Liam and Hope must move on with their lives without Thomas lurking. Ridge complains his son keeps proving himself, but she doesn’t want to see it. Brooke thinks he’s still causing chaos and friction. Ridge insists Thomas won’t hurt Hope or anyone else. Brooke argues he has continued to destroy people’s lives. Maybe when he sees his son as she does, he’ll come back to her. They continue to debate about Thomas. Brooke concedes he’s been spending more time with Douglas. Ridge is torn up she’s the one sitting there waiting for him to fail. He’s not happy when he’s not with Brooke. She asks if Shauna’s still there. Ridge confirms it, but isn’t talking about her. If Brooke’s going to love him, she has to love Thomas. Brooke wants to be able to forgive. Ridge wouldn’t ask that if he thought his son was dangerous in any way. He doesn’t want to be without her anymore. They kiss. 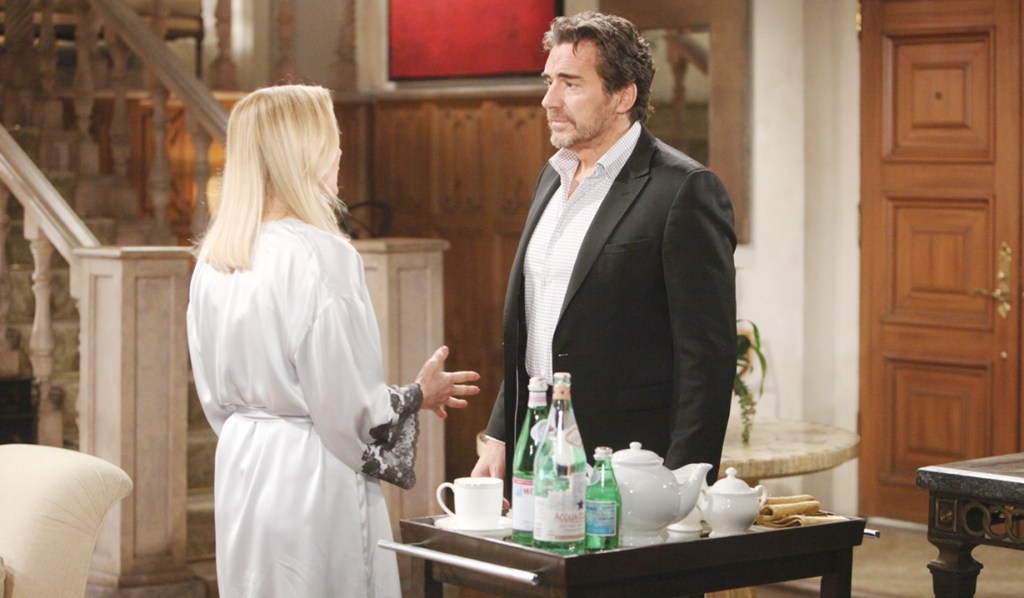 Liam confesses something to Steffy.

Liam Admits He Kissed Steffy Back As...