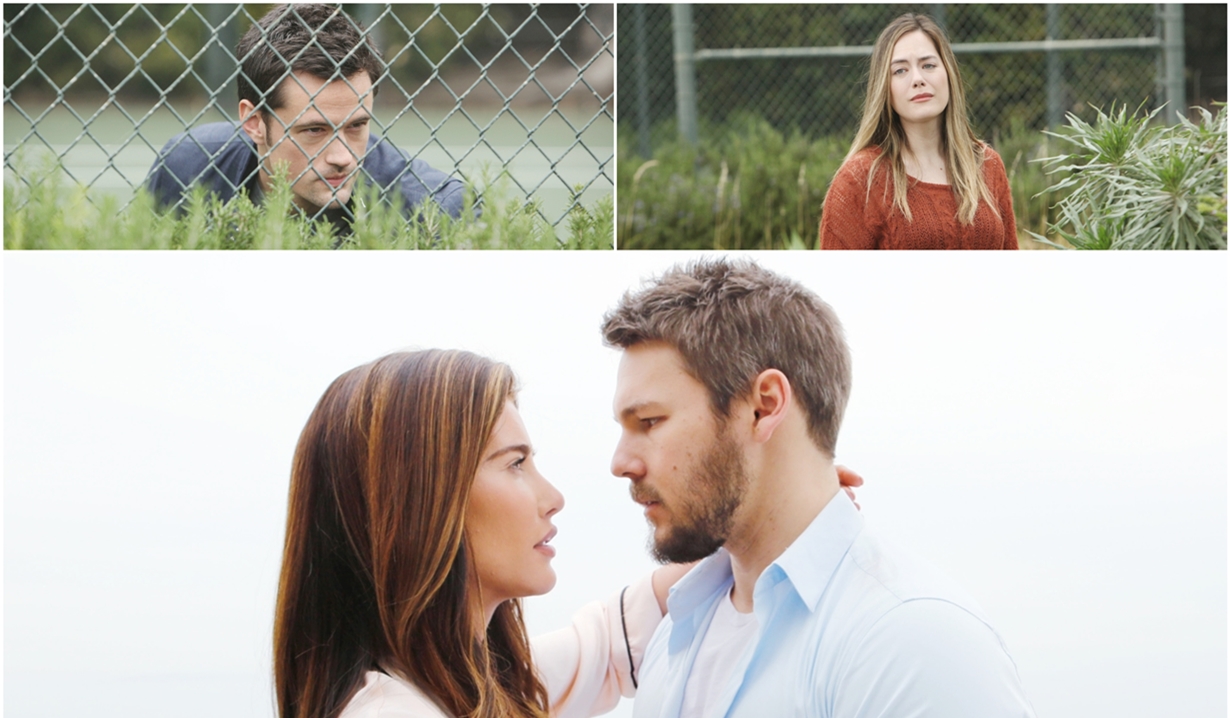 At Brooke’s place, Hope tells her mother about Liam’s proposal and ultimatum and wonders where he went. Hope insists getting shared custody of Douglas wasn’t a mistake. Brooke urges her to go to Liam – she can’t allow Thomas to interfere in the relationship with the man she loves.

In the cliffhouse, Steffy tells Liam, who is on her couch with Kelly, good morning. He thanks her for letting him crash there. She asks if everything’s okay. Liam surprises her by saying he proposed to Hope last night, then relays that as long as Thomas is in the picture that can’t happen. Kelly goes to playgroup and Liam explains what he asked of Hope and goes on about the situation. Steffy’s silent and he apologizes – he just wanted to vent. There’s no one he’d rather talk to than her. 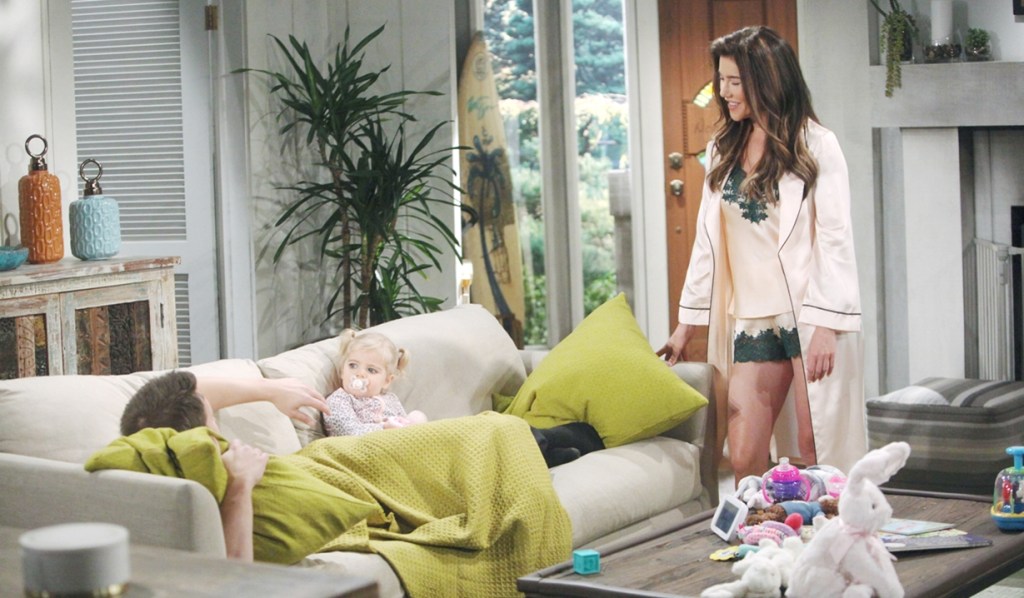 At Forrester Creations, a distracted Thomas tells Zoe his mind was somewhere else. She kisses him as Ridge enters. He thinks Zoe’s good for his son. She exits and Thomas thanks his father for his support. They chat about happiness and Thomas says he has something to handle that can’t wait.

Thomas arrives outside Brooke’s window and eavesdrops as Brooke tells Hope that she, Liam and Beth are what matters. Hope complains she made a commitment to Douglas, but Liam didn’t want to hear that. Thomas glares as Brooke urges Hope to fight for Liam and calls Thomas a virus in the family. Hope declares her mother’s right – she can’t lose Liam. Thomas continues to listen as Hope phones Liam and learns he’s at Steffy’s. Brooke again urges her to go to him. Later, Ridge arrives, and Brooke updates him on Thomas keeping Liam and Hope apart. They end up kissing as Brooke wants him back at home. 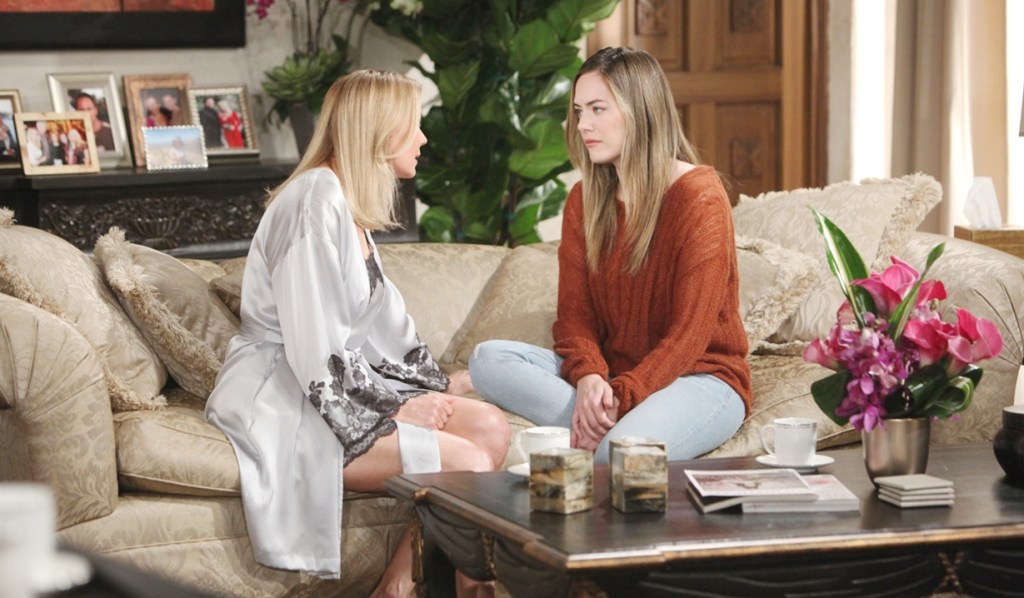 In his car, Thomas follows Hope and whispers for her not to throw her life away on Liam while flashing to being with her.

At Steffy’s house, Liam disconnects from Hope and decides to go outside to gather his thoughts. Outside, Steffy eventually joins him. She takes a call from Thomas as Liam wanders away. He tells her Hope is on the way. She’s disturbed he’s following her. He insists Hope and Liam are almost over and states, “You know what to do, Stef. Do it.” When Liam rejoins her, Steffy lets him know what he means to her and asks for a hug. They’re embracing and her phone rings. Steffy impulsively kisses Liam as Hope appears and tears up, stunned. Liam realizes she’s there as she gives a look of disgust. Thomas watches from behind a fence.

Brooke and Ridge’s plans are sidelined by Thomas.