Wednesday January 8, 2020: On Bold and the Beautiful today, Thomas and Liam get physical, Hope pleads with Liam not to deliver an ultimatum, and Douglas wants to live with Hope. 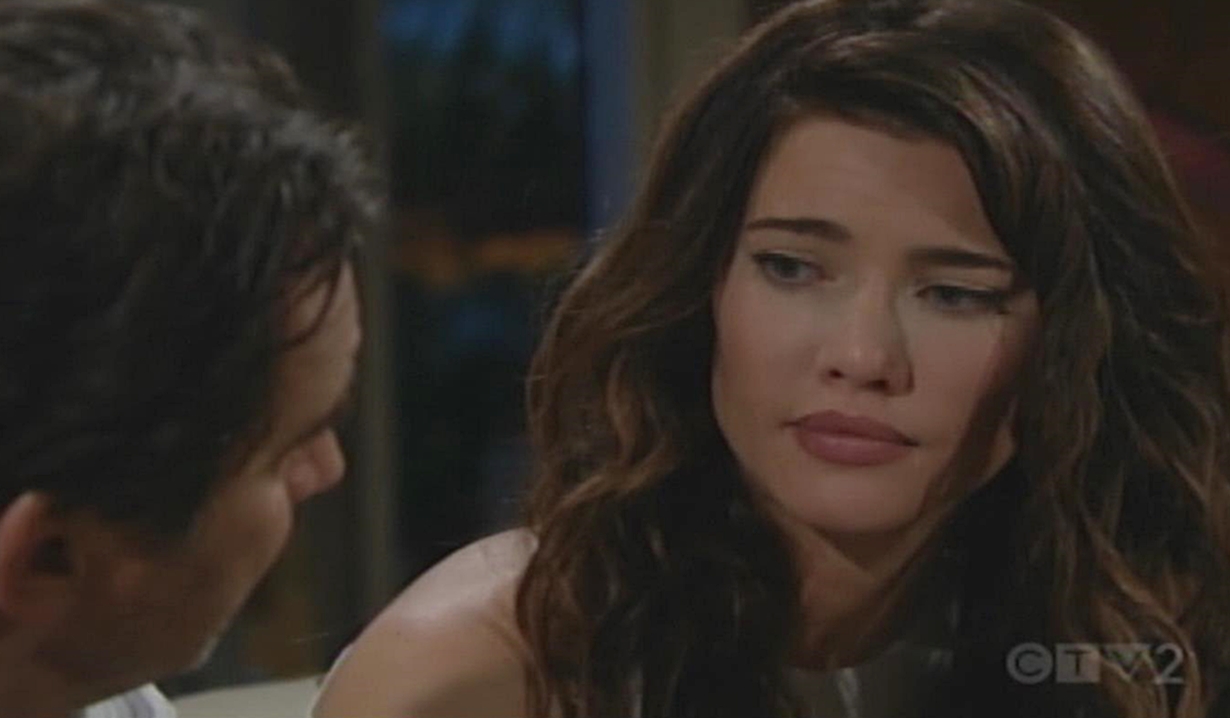 At the cliffhouse, Steffy tells Ridge she hopes Zoe will help her brother get over Hope. They go over his fixation and discuss the co-parenting thing. Ridge feels it’s bound to get complicated once Thomas settles down with someone else and Hope’s in the middle. 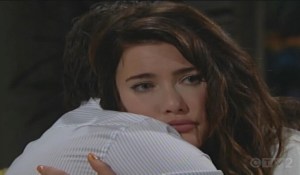 Ridge muses about his children’s happiness and recalls how happy Steffy was there with Liam and wants to see it again; implying that Liam is Steffy’s destiny, not Hope’s. She sighs. They share a heartfelt conversation about Ridge’s love for Taylor and how proud he is of Steffy. If being with Liam makes her happy, she should fight for it.

In the cabin, Liam, on bended knee, tells Hope that Thomas is as obsessed with her as ever – they must get him out of their lives completely. The collaboration and co-parenting must end; he can’t put the ring on her otherwise. Before she can answer, Douglas bursts in, followed by Thomas, who realizes they’re interrupting but Douglas wanted to see Beth. Hope takes the boy into the other room. Thomas apologizes, then smirks as Liam states he’s not sorry at all. Thomas needles Liam for proposing after he called him out for dragging his heels and questions if Hope should take it seriously. Liam rips off his tie as Thomas comments on the tension when he arrived, and says it’s none of his business. Thomas learns he proposed with the stipulation Hope has to cut ties with him and Douglas. 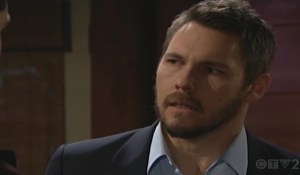 A brief shoving match ensues, and Hope reappears. Thomas informs Hope, “You can’t do what Liam’s asking you to do.” Hope insists Thomas take Douglas home and refuses to hear him out. After, Hope pleads with Liam not to make her choose between him and Douglas. Liam reiterates the need to get Thomas out of their lives. Hope will set boundaries, but Liam, incredulous, says Thomas feels he can violate any boundary because of Douglas; he’s using the boy. Hope reminds him they wouldn’t even have their family if not for Douglas. “Please don’t do an ultimatum.” Liam can’t be married to both her and Thomas and walks out as Hope calls his name.

In the Forrester mansion, Thomas is distracted while tucking Douglas into bed. Douglas wishes they could live with mommy all the time. Thomas says he was working on it, and thought he was making progress – he hopes nothing happens tonight to change that.

Liam Proposes to Hope but She Must...