Monday January 6, 2020: On Bold and the Beautiful today, Steffy gets asked out for drinks, Zoe and Steffy discuss Thomas, and Liam relays stunning news to Steffy. 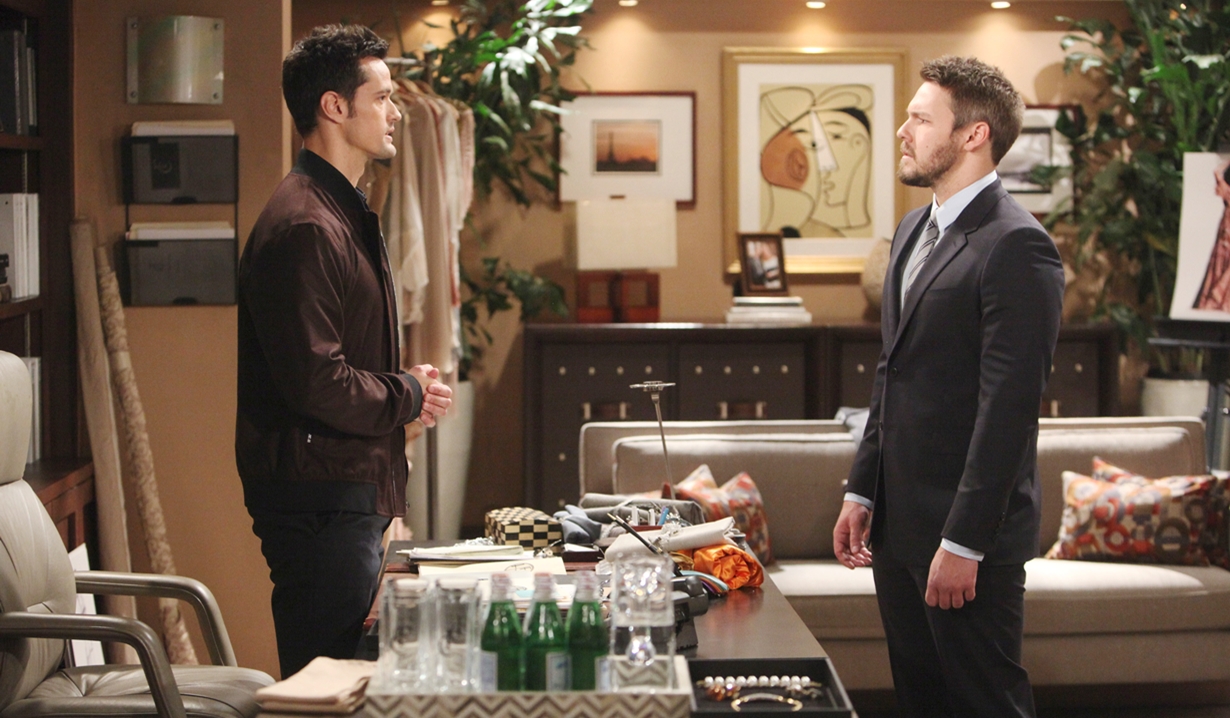 In the Forrester Creations design office, Liam digests Thomas saying he’ll bring Hope to his gravesite. Thomas switches gears and asks, “When was the last time you saw Kelly?” Liam warns Thomas not to use his daughter to take the spotlight off his obsession with Hope. Thomas say he’s with Zoe, but puts Liam on notice that he’ll never stop defending Steffy, Hope and those kids. Liam should get used to him because he and Hope are co-parents…and there’s nothing he can do about it.

In the main office, Steffy and Hope agree it looks like Thomas and Zoe are getting serious, but they still question if it’s real, as does Liam. Steffy reflects that nothing can make up for the lies about Beth, but he had a reality check and she doesn’t think he’s a problem anymore. Later, Steffy meets with a Forrester supplier named Collin, (played by Oli Green). Zoe listens as he asks Steffy out for a drink and she turns him down. 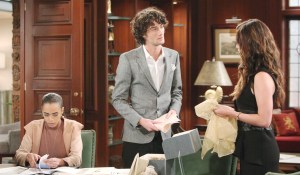 After he leaves, Steffy tells Zoe she can stay on at the company. Thomas enters as she says, “I trust you,” and seems suspicious. Zoe and Thomas assure Steffy they won’t let their relationship affect their job. Steffy asks if they’re moving in together. Thomas thinks Douglas may need coaxing, then reflects he likes what’s happening here. Steffy’s happy he’s getting on with his life. Thomas goes and the women discuss him and the fashion showdown. Steffy admits if she weren’t in the picture, she’d be worried Thomas is still obsessed with Hope.

Hope finds Liam pacing at Spencer Publications. He declares that Thomas is faking everything and is still a psychopath. Hope learns he went to see Thomas, who insulted him and issued a death threat. 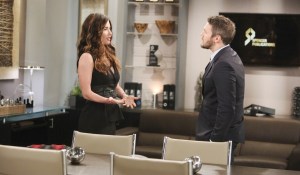 Liam feels he’s evil and declares he’s not better – if anything, he’s worse. Hope, agitated, can’t believe she thought he was working on himself. Liam thinks the Zoe relationship is a smokescreen and a strategy. Hope decides she’s done, and is going to confront him. Later, Steffy arrives and says she feels bad about doubting her brother. Liam updates her on his run-in with Thomas – he saw a side of Thomas even he didn’t know existed. Steffy asks what he said. Liam replies, “Basically, he can’t wait to see me dead.”

Hope joins Thomas in the Forrester design office. Once his model exits, he sees her expression and guesses Liam told her about their discussion. Thomas pleads that Liam is paranoid. Hope confronts him about the threats about his grave. Thomas won’t apologize and complains about Liam stringing her along while he’s still in love with Steffy. He believes Liam hates him for calling him out and asks if she really wants to share him with Steffy for the rest of her life.

Steffy squares off with Thomas over his threat to Liam. 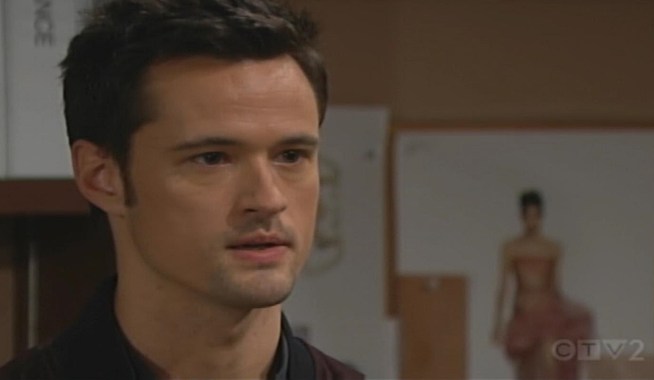 Thomas Threatens Liam’s Life When He Confronts Him 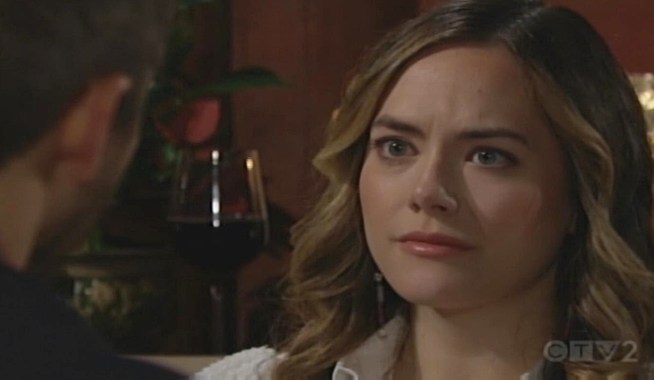