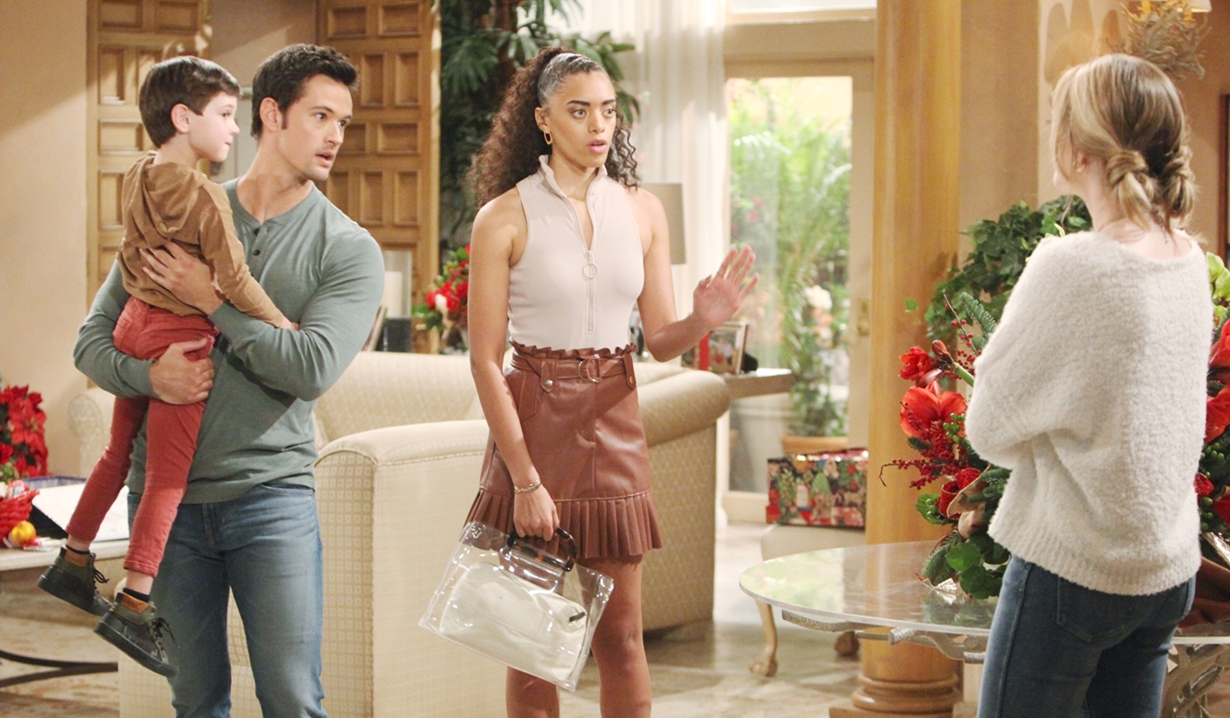 In the cabin, Hope and Brooke spend time with Douglas and Beth. Douglas goes to write to Santa, and Brooke wonders what happened between Zoe and Thomas last night. Hope has to get Douglas back to his dad and will text to give him a heads-up in case he’s ‘busy’. She relays Liam should be home soon to stay with Beth as talk turns to Thomas and Zoe again. Hope desperately wants him to move on. Brooke does too. She laments being apart from Ridge at Christmas.

Quinn, Eric, Charlie, and a pensive Ridge get the Forrester living room ready for Christmas. They discuss how much credit Pam deserves, and Quinn relays Shauna will be spending the holiday with Flo. Eric asks Ridge if Brooke will join them. Ridge is sure she knows she’s welcome. 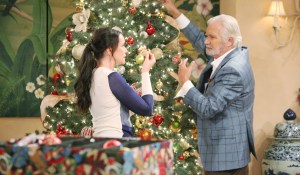 Quinn reminds them the divorce papers were signed – she supposes Brooke will spend the holiday with the Logans crying for all 12 days. In Thomas’ room, he awakens next to Zoe and imagines she’s Hope, then sits up and rubs his face. Zoe stirs and marvels that last night wasn’t just a dream. While she’s freshening up, Thomas reads a text from Hope that she’s bringing Douglas back and smiles. Thomas and Zoe arrive downstairs as Eric’s urging Ridge to convince Brooke to come for Christmas. Thomas invites Zoe to the family’s holiday dinner. Eric looks at Quinn, and they echo the sentiment, as does Ridge. Zoe didn’t expect the kindness, she’s grateful. Thomas ruminates about her being in his life exactly when he needed her. After, Zoe and Thomas are alone. 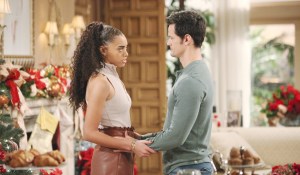 Zoe’s shocked how kind everyone’s being; part of her feels she doesn’t deserve it. Thomas feels it’s time to move on with their lives and he wants people to know about them. As he sees Hope entering with Douglas, he kisses Zoe. Douglas runs to Thomas and Zoe decides she’ll get going. Hope wishes her a Merry Christmas as she leaves. Douglas goes upstairs and Thomas tells Hope he and Zoe had a good night – things are getting more serious. He relays the family invited her to dinner since she’s important to him. Hope relays she and Liam will stop by for the children’s sake. After she exits, Thomas muses, “Seems like it’s going to be a good Christmas after all.”

At home, Brooke is looking at an ornament when Ridge calls from Forrester Creations to ask her to stop by Eric’s tomorrow. Brooke can’t since Thomas will be there. She wishes things were different. They express their love and Ridge asks again – it won’t be Christmas without her. They disconnect and each of them reminisces about special times together.