Zoe Questions Thomas’ Interest in Her on Their Romantic Date

Friday December 27, 2019: On Bold and the Beautiful today, Sally and Steffy discuss Thomas, Brooke and Liam agree, and Hope does Thomas a favor. 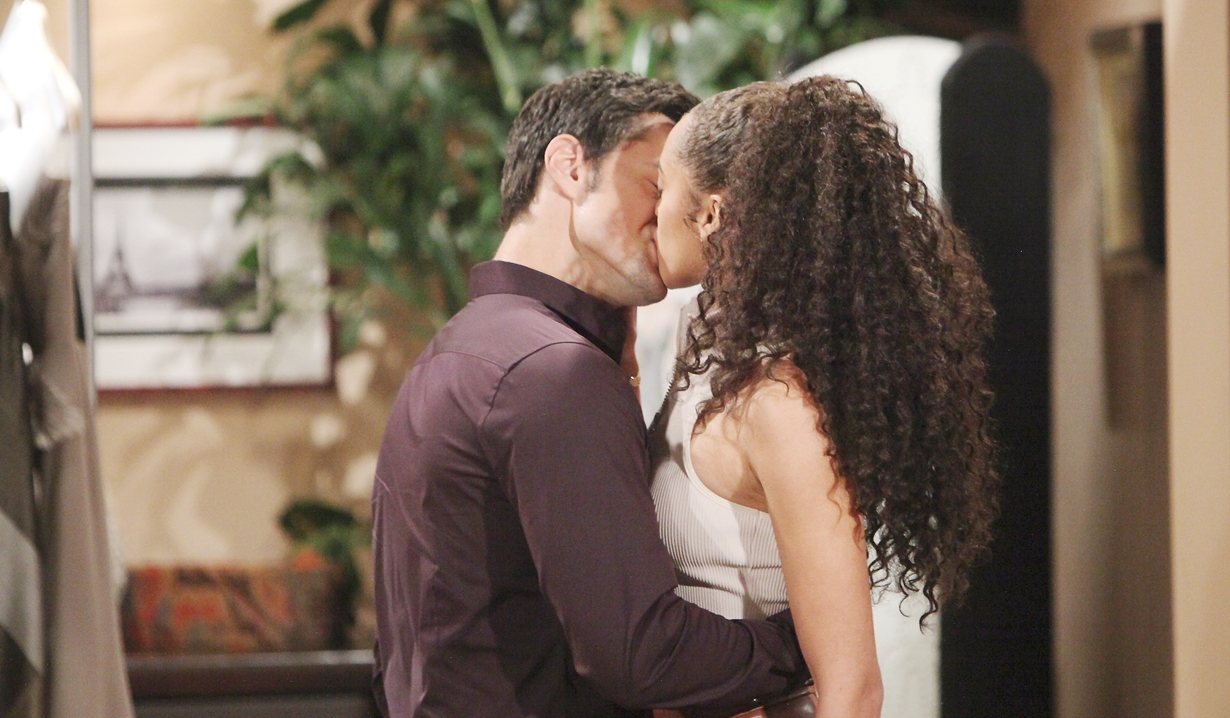 In Forrester Creations’ office, Sally and Steffy work on their line. Steffy reminds her partner that Forrester leans toward elegance and class. Talk turns to Hope’s line. Sally’s impressed she set aside her misgivings to work with Thomas. They reflect on the history and how difficult this must be for Liam. Steffy feels for him – no one acknowledged his suffering. Sally realizes she still cares for him. Steffy thinks he’ll protect Hope in ways Thomas can’t imagine.

In the design office, Thomas looks at Hope’s breasts and lips as she uses the pencil to indicate changes she wants on his sketch. He tries to hold the pencil with her, and she balks. If this is going to be an excuse for him to find reasons to touch her, they should call it quits now. Thomas isn’t trying to make her uncomfortable; this is how his father and grandfather taught him. Hope wants him to look her in the eye and swear he’s not hoping for more between them. Thomas will never stop caring about her but is moving on with Zoe. Just then, Zoe enters. Thomas needs another minute with Hope and kisses her deeply as she goes to wait outside. 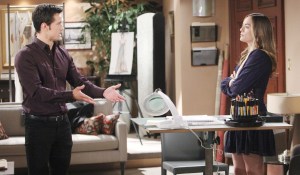 Thomas asks Hope if she’ll take Douglas for the night as he has special plans with Zoe. Hope agrees and assures him they’re good where the line’s concerned. Later, Steffy joins Hope and learns Thomas is on a date with Zoe. Hope admits she was skeptical about the pairing but watching them together she believes there’s an attraction. Steffy learns Thomas plans to spend the night with Zoe and Hope feels relieved he’s finally moving on. If it happens, and it’s real, then Hope can finally stop the constant suspicion where Thomas is concerned.

At Spencer Publications, Brooke’s skeptical about Zoe and Steffy recognizing Thomas’ dark side. Liam reminds her they already know it. Brooke recaps Ridge not being able to see what Thomas is capable of and Liam’s sorry her marriage is collateral damage. 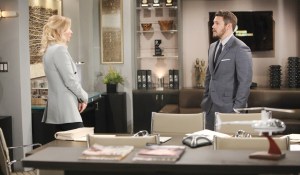 He reiterates he doesn’t trust Thomas alone with Hope. Brooke thinks Thomas will make Zoe and Steffy believe he’s changed – he’s a master manipulator. Liam understands her reservations, but explains Zoe’s motivated by wanting to make amends. He needs to figure out what they’re dealing with. Brooke hopes it happens quickly as Thomas uses time and proximity to his advantage. Liam notes they’re on the same page.

At the Forrester mansion, Zoe marvels at its beauty. Thomas assures her they’ll have privacy and they kiss amid the candlelit setting and sip champagne. Zoe recaps losing everything – she never dreamed of a second chance like this. Thomas is grateful for second chances too; he’s so glad she’s there. Thomas talks about having noticed her before, but she never felt it. She needs to know if this is really about her, or if she’s just a distraction from Hope.

Thomas Initiates Sex With Zoe As...

The Flight Attendant: Kaley Cuoco Has a Toxic Hookup in HBO Max Trailer