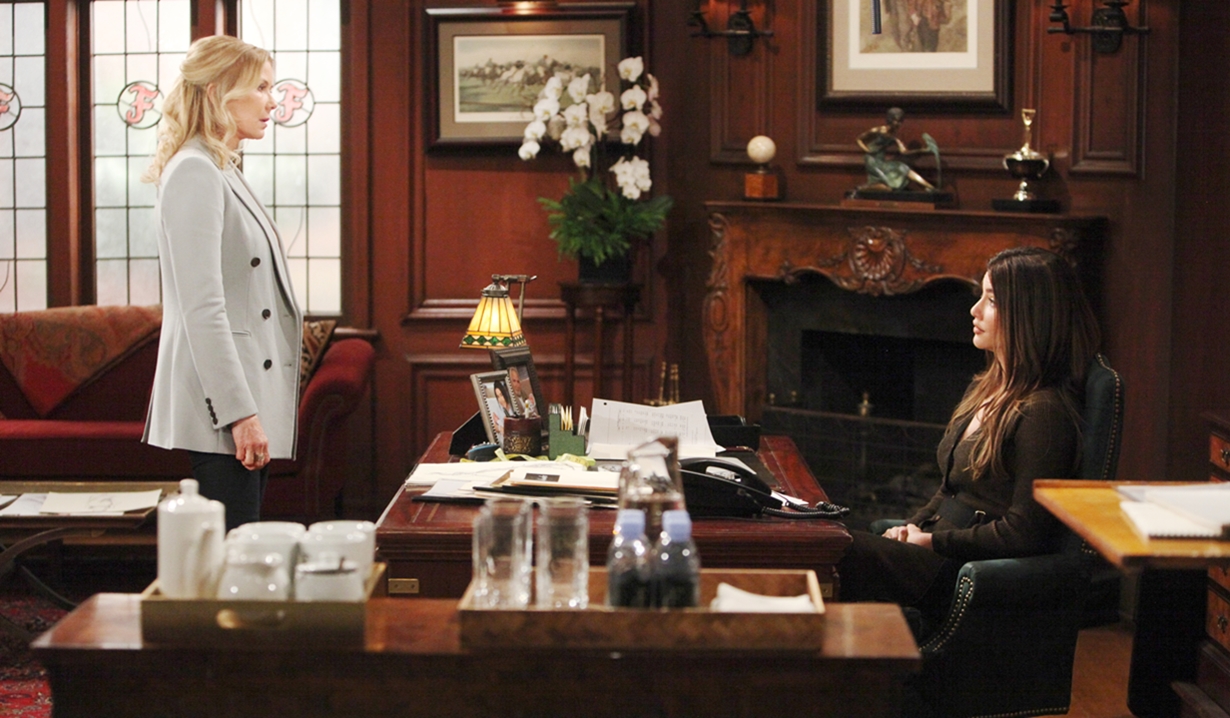 At Brooke’s place, Hope tells her mother she has no other option but to work with Thomas what with the fashion showdown coming up; he’s a good designer and his creations work with her line. Brooke questions if she believes he’s moved on. Hope thinks maybe things are changing now that Thomas is interested in Zoe. Talk turns to Zoe’s return to Forrester and Brooke thinks Thomas’ sudden interest in her is too convenient. Hope shrugs that it seems real; she’s glad he’s at least making an effort to move on from her. Brooke notes, “We’ll see how far things go for Thomas and Zoe.”

Thomas spots Zoe in the design office; she’s excited to be back. He asks what she and Steffy were talking about yesterday. Zoe admits she was curious about the two of them and she told her they kissed. Thomas doesn’t mind that she knows and kisses Zoe again. Later, Carter spots Zoe and tells her he’s not judging, but is surprised Steffy was so forgiving. He asks about her and Thomas, 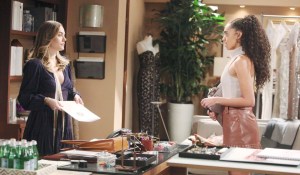 and Zoe explains they’re trying to show everyone how much they’ve grown and changed. Carter’s skeptical about Thomas but Ridge supports him. After, Hope arrives and Zoe tells her Thomas is in a meeting. Hope still has reservations about her being there. Zoe knows she’ll probably always hate her, but she can’t hate her more than she hates herself. Hope asks if she and Thomas are serious. Zoe opens up about their bond and why she’s interested in him.

In the main office, Steffy and Ridge wonder why Thomas wants a family meeting. Later, after Eric’s arrived, Thomas joins them and expresses how grateful he is to them…and to Hope. Steffy asks if he’s sure he’s ready to work with her. He realizes she’s concerned he’s still obsessed and insists he’s not. Steffy asks, “Are you really moving on with Zoe?” Thomas presumes this is still about Hope. He urges his sister to watch how he acts; he won’t let them down. Ridge hugs him. Later, Brooke finds Steffy alone and confronts her about hiring Zoe back. Steffy cautions her return isn’t what it appears to be – Zoe is part of her and Liam’s plan. She explains their doubts about Thomas and how Zoe came to be involved. Brooke feels he’s just hiding his obsession for Hope better. Steffy advises Liam’s idea was for Zoe to be their eyes and ears; that’s why she’s back there. Steffy hopes whatever’s going on between her brother and Zoe is genuine, not just for Thomas’ sake, but for Hope’s too.

Thomas finds Zoe with Hope in the design office and expresses gratitude to Hope for co-parenting Douglas and agreeing to work with him – he’ll earn back her trust. He swears the old Thomas is gone.

An encore episode of Bold and Beautiful will air. 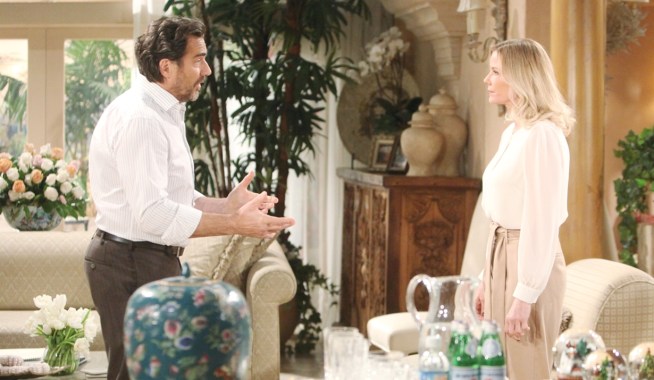 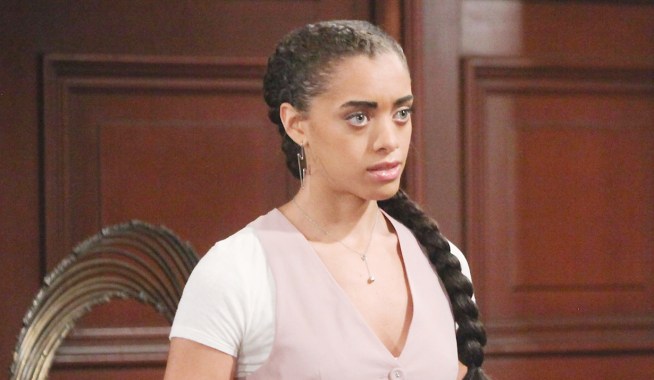