Monday December 23, 2019: On Bold and the Beautiful today, Steffy grills Zoe, Liam has a gut feeling about Thomas, and Quinn learns Thomas wants Ridge to move on. 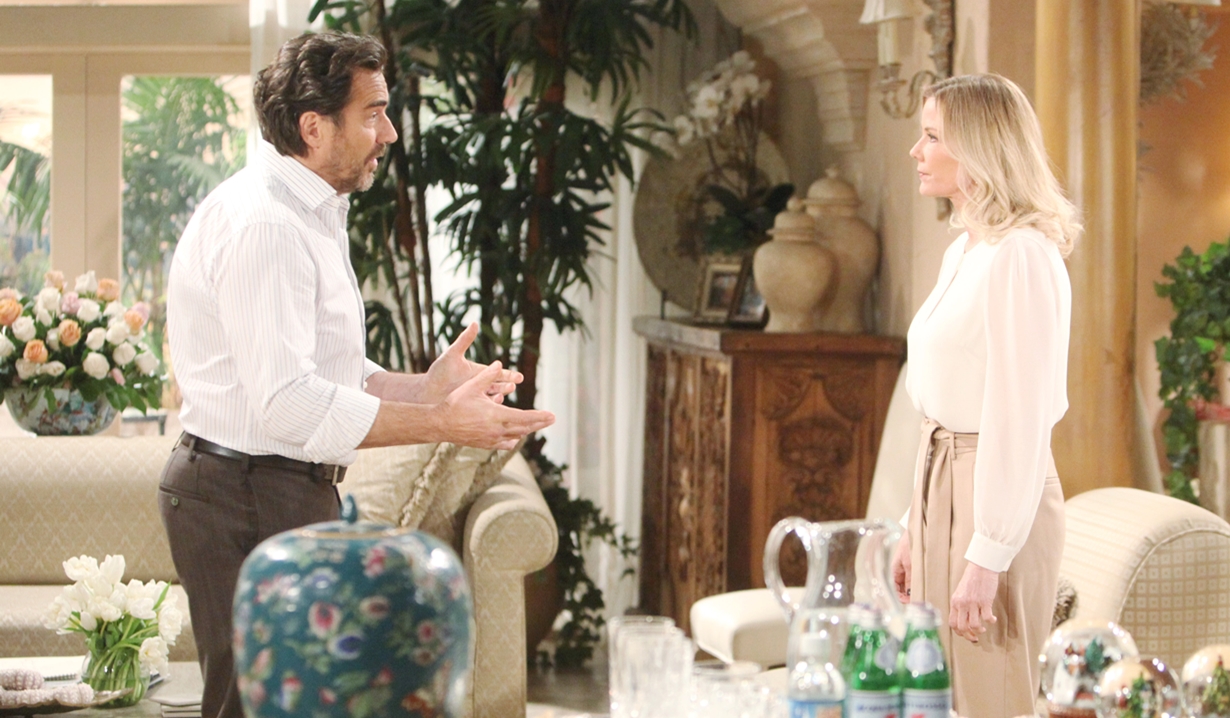 In the cabin, Hope tells Liam there’s nothing to worry about, but he’s unconvinced; her and Thomas working together feels wrong. He understands she needs a designer, just wishes it didn’t have to be Thomas. Hope promises she won’t allow Thomas to manipulate her ever again. Talk turns to making their schedules work with Beth. 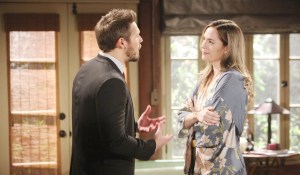 Liam’s still unsettled about her being around Thomas. He believes trouble is just around the corner as Thomas is bound to lose control. Every time he’s had a gut feeling about Thomas, he’s been right. Hope sighs that her mom thinks he’s psychotic. Liam isn’t sure he can protect her, and doesn’t know what he will do, but it’s only a matter of time. Hope has to do this to save her life’s work and promises to be careful. 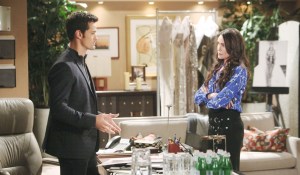 In the design office, Thomas looks at his drawing of him and Hope kissing and vows one day they’ll be together. After, Quinn arrives and Thomas muses about Ridge divorcing Brooke. He knows Shauna’s interested in his father; he’s talked to her about it. Quinn learns he approves.

In Brooke’s living room, she insists Thomas is still obsessed with her daughter, but Ridge argues he was simply in love. Besides, he’s moved on. Brooke doesn’t believe that and informs Ridge that Thomas ticks all the boxes for psychotic behavior. She contends he’s also fixated on hating her – he wants to steal Hope from Liam and take Ridge away from Brooke. Ridge takes a call from Thomas, who relays that Hope’s decided to work with him on the line. After Ridge disconnects, Brooke can’t understand what Hope’s feeling. Ridge supposes she saw him moving on with Zoe. Brooke bills Thomas a ‘master manipulator’ and laments that Ridge can’t see it. Ridge talks up forgiveness. Brooke can’t forget what he did. Ridge assures her nothing will happen to Hope at Forrester Creations and asks her to have faith and try to forgive his son. Brooke is terrified for her daughter. They debate again. Brooke hopes he gets the serious help he needs before something happens to Hope and before they can’t fix this. They embrace.

After his call with Ridge, Thomas talks to Quinn in the design office about looking forward to working with Hope again – he senses lots of good things to come.

In Steffy’s office, she worries to Zoe that Liam could be right and her brother’s still fixated on Hope. 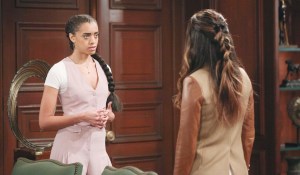 She asks if the kiss they shared felt real and demands to know if Thomas is still obsessed with Hope. Zoe honestly doesn’t know but feels he’s beginning to focus on her. Steffy has to be sure – so much is at stake. Zoe reiterates she’ll help Steffy and Liam, but hopes to prove Ridge is right. Thomas arrives at the door as Steffy thanks her for coming. 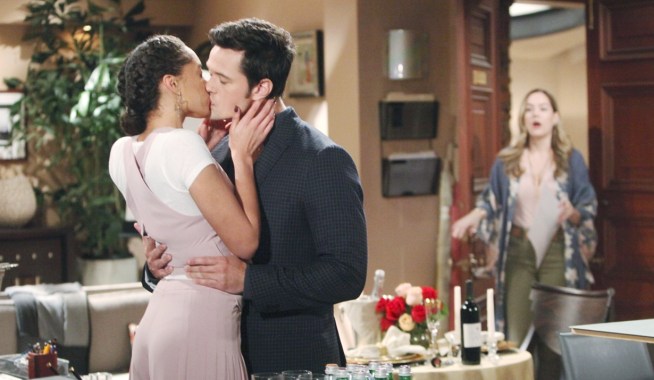 Hope Spies Thomas Kissing Zoe and Agrees to Work With Him 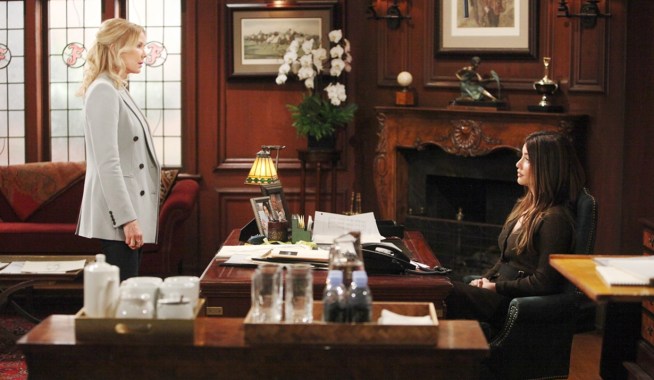