Steffy Rehires Zoe at Forrester Creations As Hope Pleads Against It

Thursday December 19, 2019: On Bold and the Beautiful today, Liam confides in Steffy, Ridge and Eric take a position on Hope's line, and Thomas tries to convince Hope he's moved on. 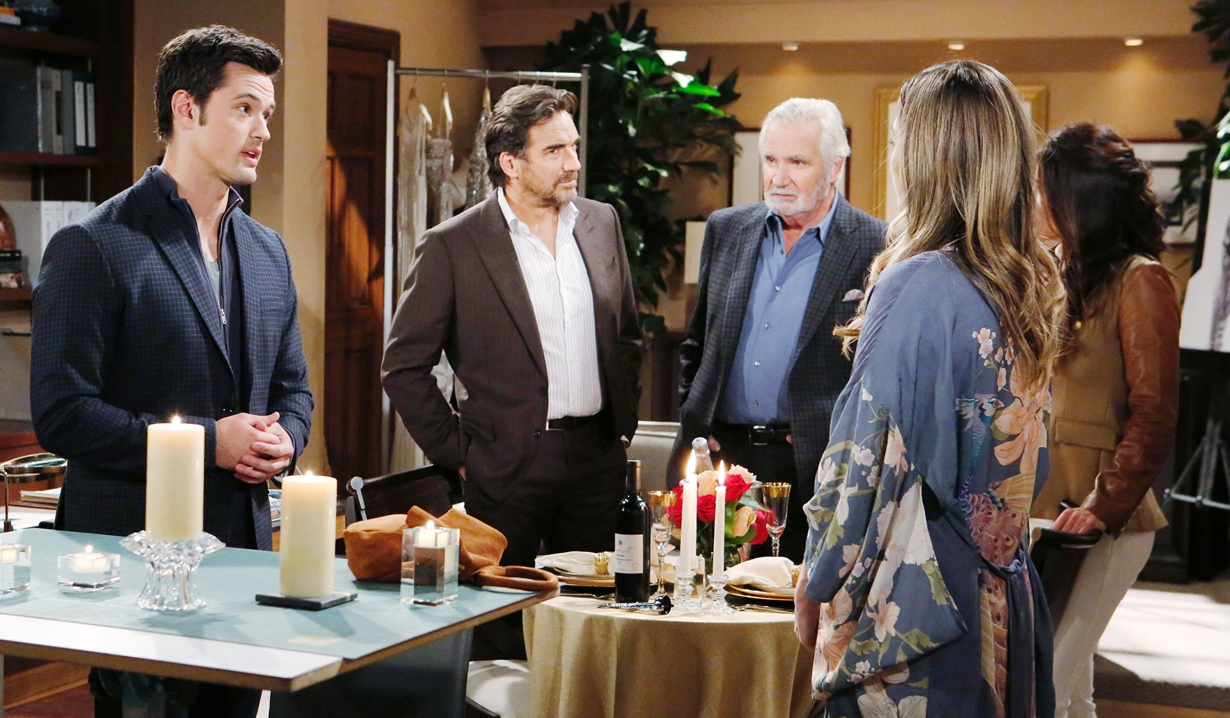 At Spencer Publications, Liam presses Steffy over the phone to hire Zoe back at Forrester Creations in an effort to discover if Thomas has truly changed. 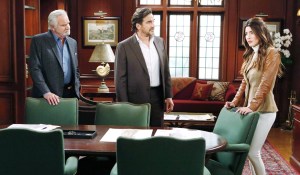 At Forrester Creations, Ridge and Eric enter the office so Steffy disconnects from Liam. They meet regarding the fashion showdown. Steffy points out Hope doesn’t have a designer. Discussion ensues about whether Hope should let Thomas do it. Ridge and Eric believe this could be a way for the friction to heal. Steffy hopes their faith in Thomas isn’t misplaced.

In the Forrester design office, Thomas understands why Hope jumped to the wrong conclusion – the romantic set-up is something he would have done before. He’s committed to moving forward with Zoe, if she’s not opposed. She’s not. Zoe leaves them alone and Thomas assures Hope he’s moving on. He explains why he likes Zoe. Hope shrugs, “You don’t owe me any explanation.” Thomas senses a ‘but’ coming. The door opens and Steffy, Ridge and Eric enter. Thomas explains the romantic dinner isn’t for Hope. Talk turns to the showdown. Thomas reiterates he could turn Hope’s line around. Eric thinks Hope should let his grandson help. Ridge agrees; it’s a great idea. Hope can’t forget what he did. Zoe re-enters and Thomas explains they’ve been hanging out and she’s deeply regretful. 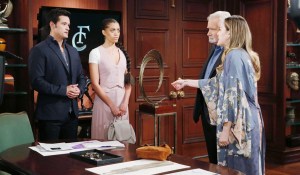 He gives a speech on forgiveness and wants her rehired. Hope’s outraged and seeks Steffy’s assurance she won’t allow her back there as she wonders when Zoe and Thomas got so close. Thomas pleads for compassion and Zoe interrupts to express her tremendous remorse. She longs for an opportunity to redeem herself. Ridge will leave it up to Steffy. Hope wants to know she’s not considering this, as Steffy flashes to Liam’s request. She believes Zoe was put in a horrible situation she didn’t create, and believes in second chances. “Welcome back to Forrester Creations, don’t make me regret my decision.” Steffy wishes she could help Hope understand, it’s what needs to be done.

Liam is distracted after disconnecting from Steffy as Wyatt talks about work in the Spencer Publications office. Wyatt asks what’s wrong and Liam blurts out his issues with Thomas. He doesn’t buy that he’s changed and is counting on Steffy not buying it either. 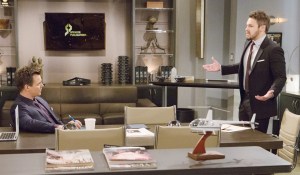 He rants about the idea of Hope working with Thomas as Wyatt points out she said no. They debate whether Thomas could change. Liam doesn’t trust the guy and confides he asked Steffy to spy on him. Wyatt learns they happened upon Zoe Buckingham, who is willing to do anything to make amends and is Thomas’ confidant, and Liam suggested her as a plant at Forrester. He expects to discover Thomas is still dangerous and obsessed with Hope.