Thomas Plays Hard to Get With Hope by Romancing Zoe

Tuesday December 17, 2019: On Bold and the Beautiful today, Hope searches for a designer, Liam pressures Steffy, and Vinny visit Thomas. 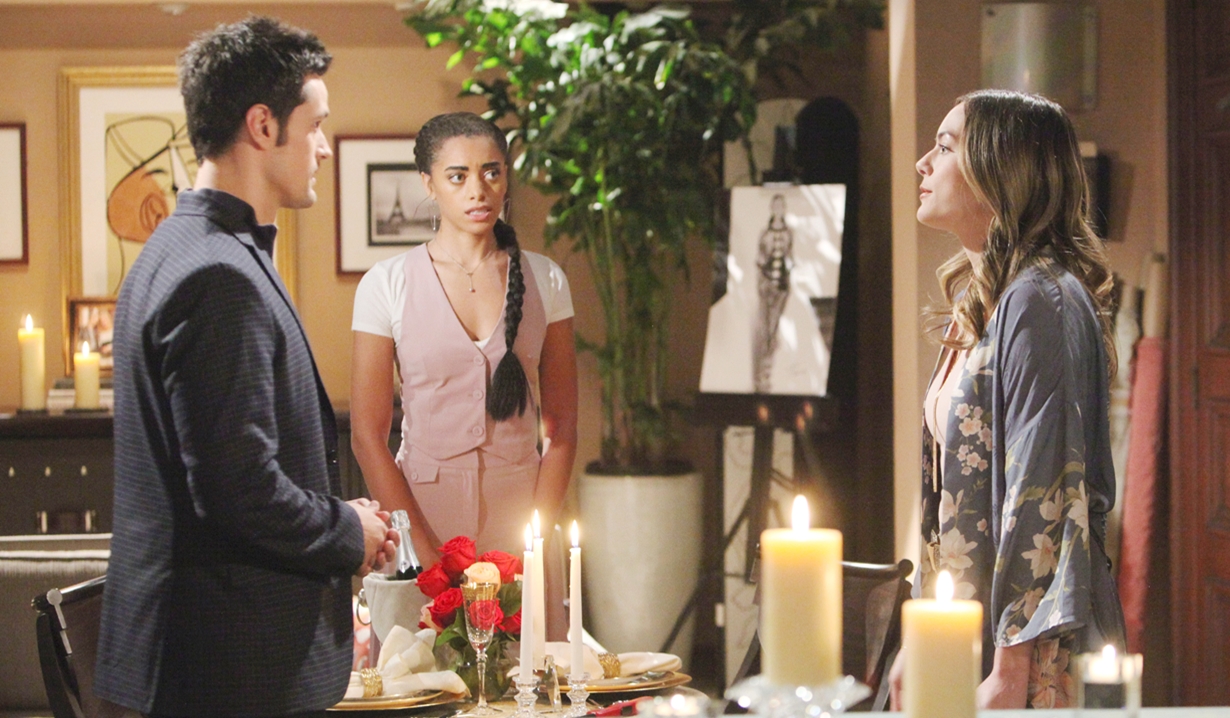 At Vinny’s apartment, Liam wants to use Zoe to get to the truth about Thomas. He appeals to Steffy to hire Zoe back and draw her brother out. Steffy moves to go, but Zoe stops her – she doesn’t want to hurt Thomas, but she wants to help after what she put them through. Steffy leaves and Liam grills Zoe about Thomas’ behavior. Zoe remarks on him seeming bitter after the secret came out, then talks about wanting to go back to Forrester. She doesn’t want to believe Thomas is a threat. Neither does Liam, but he fears his instincts about him are dead on.

In Forrester Creations’ design office, Vinny wonders why Thomas wanted him to stop by. Thomas asks about Zoe and Vinny hasn’t seen her much. 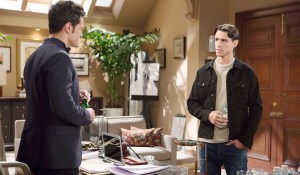 Thomas hasn’t either, he’s been busy with his son. He alludes to one thing that would make everything perfect. Talk turns to Thomas wanting to work with Hope. Vinny feels Thomas gets a little intense where she’s concerned and counsels against fixating on his ex. Thomas realizes pushing for a reunion hasn’t worked. Vinny groans, “You’re going to play hard to get, seriously?” Thomas muses, “Starting today I’m going about this a whole new way.”

In the main office, Hope suggests Quinn design her line – she has a great eye. Quinn, perplexed, asks, “Have you spoken to Thomas?” She’s flattered but feels designing clothes would be a stretch for her. She believes Thomas must have a portfolio of designs. 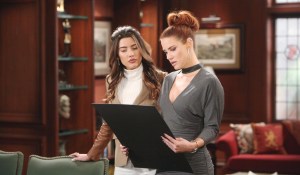 Hope can’t work on a team with him. Later, Steffy’s in a meeting with Sally when Hope enters. She was looking for Sally and asks her to work on Hope for the Future. Sally’s already designing for Steffy’s collection. Hope’s apologetic. Sally touts Thomas’ latest designs. Hope isn’t sure that’s the answer.

In the design office, Quinn updates Thomas on Hope asking her to design her collection – she’s a bit desperate. She urges him to ask Hope again. Thomas won’t push but believes he will get through to her. 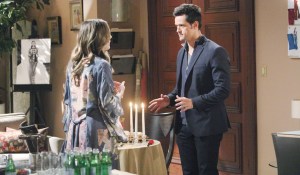 Later, Hope enters to find a candlelit dinner set up and confronts Thomas, assuming it’s for her. She rants about thinking she could trust him again until Zoe enters. Thomas explains he invited Zoe there. Zoe expresses her regrets to Hope, who realizes the dinner’s for Zoe. Thomas states he can’t get stuck in old habits and needs to try something new.

At Spencer Publications, Liam paces then calls Steffy to debate about hiring Zoe to spy on Thomas. He points out that Thomas trusts Zoe – if he has a grand plan they need to know what it is.