Monday December 16, 2019: On Bold and the Beautiful today, Brooke warns Hope about Thomas, Eric talks to Thomas about Hope, and Zoe grows impatient with Thomas. 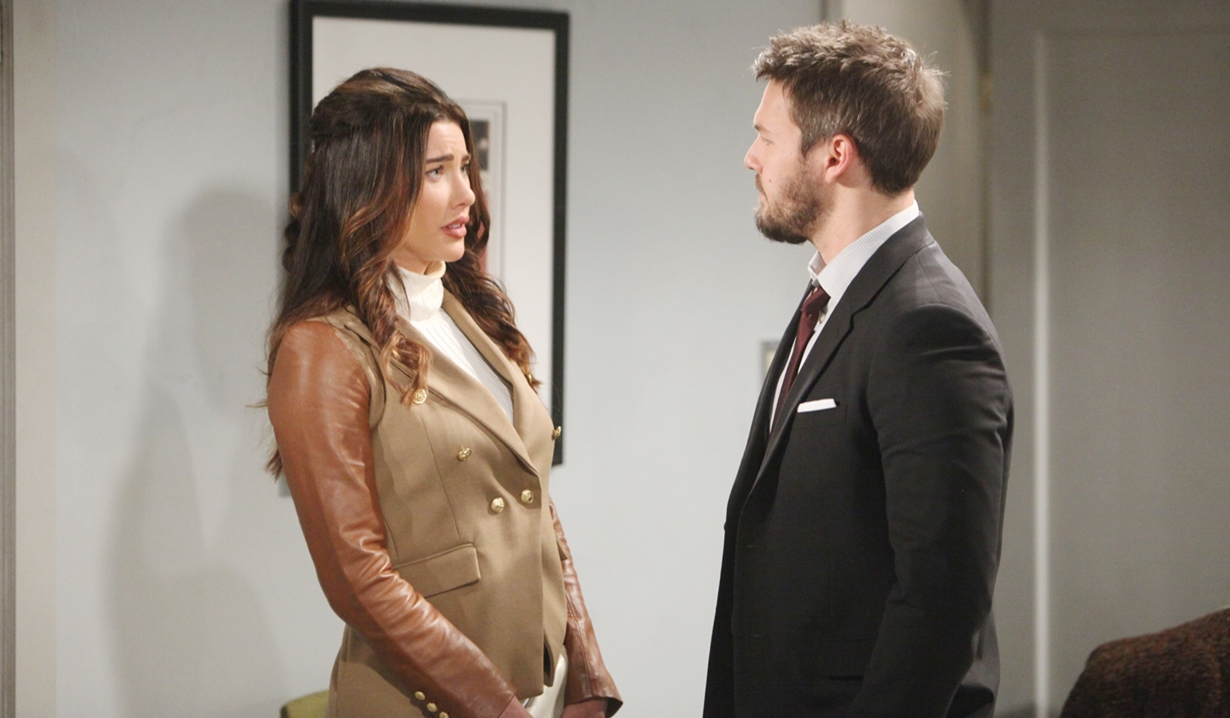 At Forrester Creations, Liam works to convince Steffy to help him find out whether Thomas has really changed. Steffy hopes to prove her father’s right about Thomas and decides she’ll help. Steffy thinks he’d confide in his friend Vinny so Liam suggests they pay him a visit.

At the Forrester mansion, Thomas and Douglas finish playing a game. Douglas learns Hope hasn’t changed her mind about working with his father, but he’ll try again. Thomas takes a call from Zoe, who is impatient about him getting her back into Forrester. He says he’ll do what he can and disconnects. 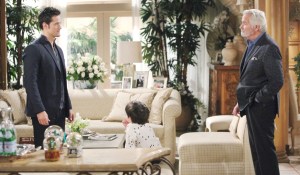 Thomas promises Douglas they’ll be spending time with mommy soon as a family. Eric enters and gets a hug from Douglas before asking Thomas about his idea for a fashion showdown. Thomas settles Douglas with a movie and talk with Eric turns to Ridge’s divorce. Thomas feels it’s his fault, but Eric reassures him. He learns Hope turned Thomas down as a designer and asks how he feels about it. Thomas understands why Hope can’t forgive him but wants her to see he’s deeply remorseful.

At Brooke’s place, Hope assures her mother that she won’t work with Thomas. Talk turns to Brooke’s divorce – she prays Ridge won’t file the papers and will realize his son is unhinged. Hope swerves back to her return to Forrester and fills her mom in on the fashion showdown. Brooke reminds her Steffy’s been working on her line for months and she’s been at home in limbo. Hope needs a designer soon or Hope for the Future will be discontinued. Brooke reiterates it’s not going to be Thomas. Hope admits she’s conflicted; Thomas’ designs are really good. Brooke feels he’s pushing his designs because he has an agenda and warns her to steer clear of him. She runs down his issues. Hope wonders why Ridge and Steffy can’t see it. Brooke reads the definition of a psychopath from her phone – if he doesn’t get serious help soon there’s no telling what he might do.

At Vinny’s apartment, Steffy and Liam are surprised to see Zoe, who explains she lives there and Vinny’s typically at his girlfriend’s. They realize she’s in contact with Thomas. Zoe thought they were friends but isn’t sure he’s ‘interested’. Liam snarks, “Because he’s interested in Hope?” Zoe agrees to keep their conversation in confidence and is apologetic about Beth. She warns Thomas may be obsessed with Hope again. 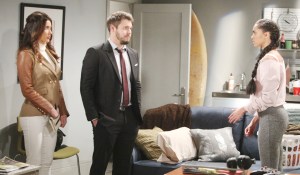 She wanted something to happen between her and Thomas, and was hoping he’d help her get her job back. Liam asks if Thomas has said anything that sounds dangerous about Hope. Zoe just senses his intensity. She makes another plea for her job and Liam stuns Steffy by urging her to hire Zoe back to prove the truth about Thomas.

Thomas makes a change in his plans to win Hope.

Thomas Fantasizes Brooke Is Dead and...

Thomas Plays Hard to Get With Hope...