Thomas Fantasizes Brooke Is Dead and Hope’s His Wife 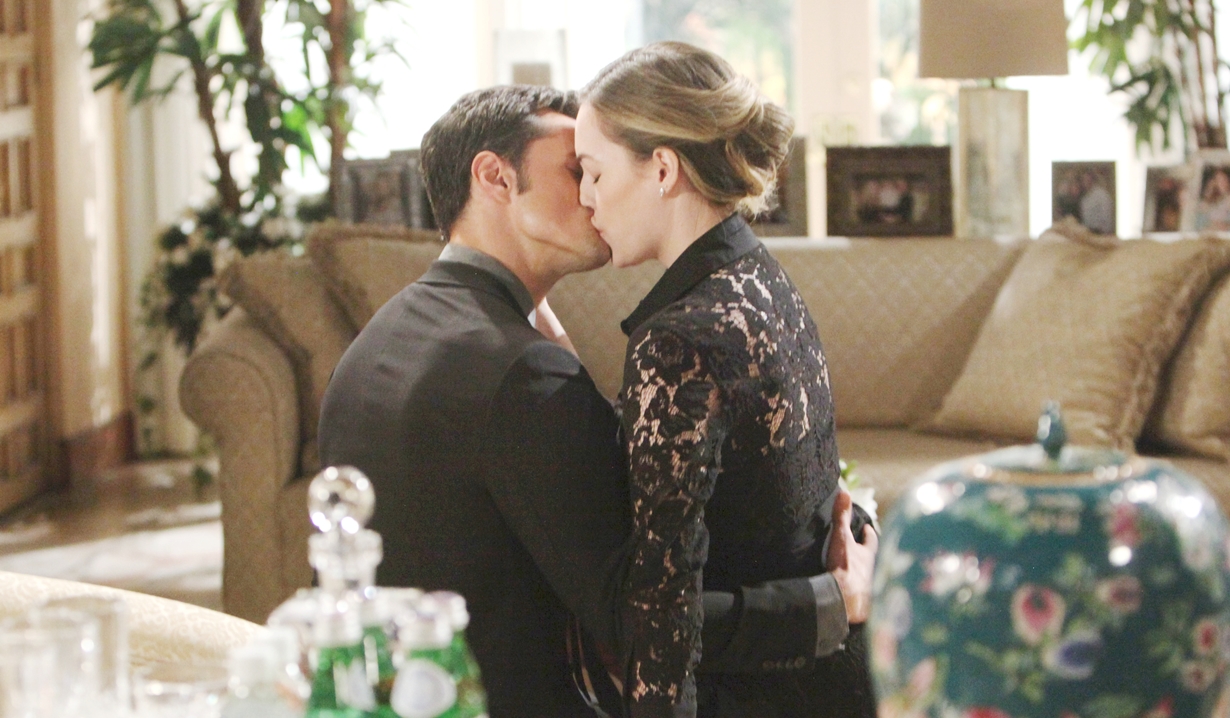 At Forrester Creations, Hope assures Steffy she’ll find a designer and cannot work with Thomas. Steffy understands that. They agree Ridge and Brooke’s divorce is a shame. Hope adds, “And it’s all because of Thomas.” In the design office, Thomas insists to Liam that he’s done trying to win Hope over. Liam isn’t buying it. He doesn’t think there’s a sane bone in his body. Thomas counters they need to get along for Douglas’ sake. Liam hollers they won’t get along because Thomas is trying to set up a life with Hope – it’s not going to happen. 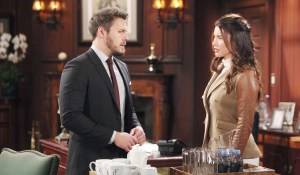 Later, Liam joins Steffy in her office. They joke before Liam turns serious – he thinks Thomas is up to no good and he needs her help. Liam can’t prove he’s still dangerous without her. Steffy asks if he’s expecting her to take down her brother. Liam only wants her help to find the truth. Steffy’s reluctant to go behind Thomas’ back. Liam says, “It’s nothing he hasn’t done to you. It’s the only way, Steffy.”

In Brooke’s living room, she paces with the divorce papers and thinks of Ridge. Hope arrives and they embrace. Hope feels partly to blame for the divorce because she pushed Thomas to sign the custody papers. 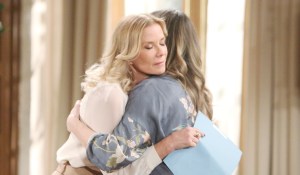 Brooke assures her Ridge needed her to forgive Thomas and she can’t. She doesn’t want the divorce and hopes he doesn’t file the paperwork. They debate if Thomas is capable of change. Hope tells her about Thomas’ pitch and designs for Hope for the Future. Brooke is relieved she turned him down and maintains Thomas is obsessed.

Thomas arrives at the Forrester mansion where Shauna materializes and says his dad’s at work. Thomas figured she’d be celebrating and wants to high-five over the divorce. Shauna would never be excited about the end of a marriage and asks, “What’s your point?” Thomas shrugs that his father’s a free man – he thought she’d be interested. His gut tells him they’ve shared more than the kiss at Bikini Bar. Shauna clarifies they haven’t made love. Thomas urges Shauna to pursue Ridge and says he would welcome her into their family. Shauna warns not to get ahead of himself and questions his intentions toward Hope. Thomas concedes if he had the chance to be with her, he wouldn’t say no. 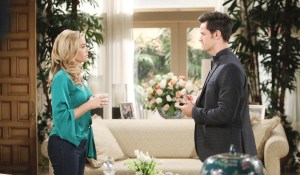 He’s working on becoming a better person, and while he respects Hope’s relationship, he believes they will end up together. Once alone, Thomas imagines Hope’s portrait taking the place of Quinn’s, and photos of Thomas, Hope and an older Douglas, (played by William Samiri), lining the mantle. He indulges a fantasy that Brooke has died, and Hope is gushing that he’s the toast of the fashion world. She’ll miss her mom, but is married to a most amazing man, who is so sexy. They kiss passionately. Snapping out of it, Thomas grins, “Goodbye, Brooke. Hello happiness.”

Liam and Steffy run into Zoe.

Hope Won’t Work With Thomas, but...