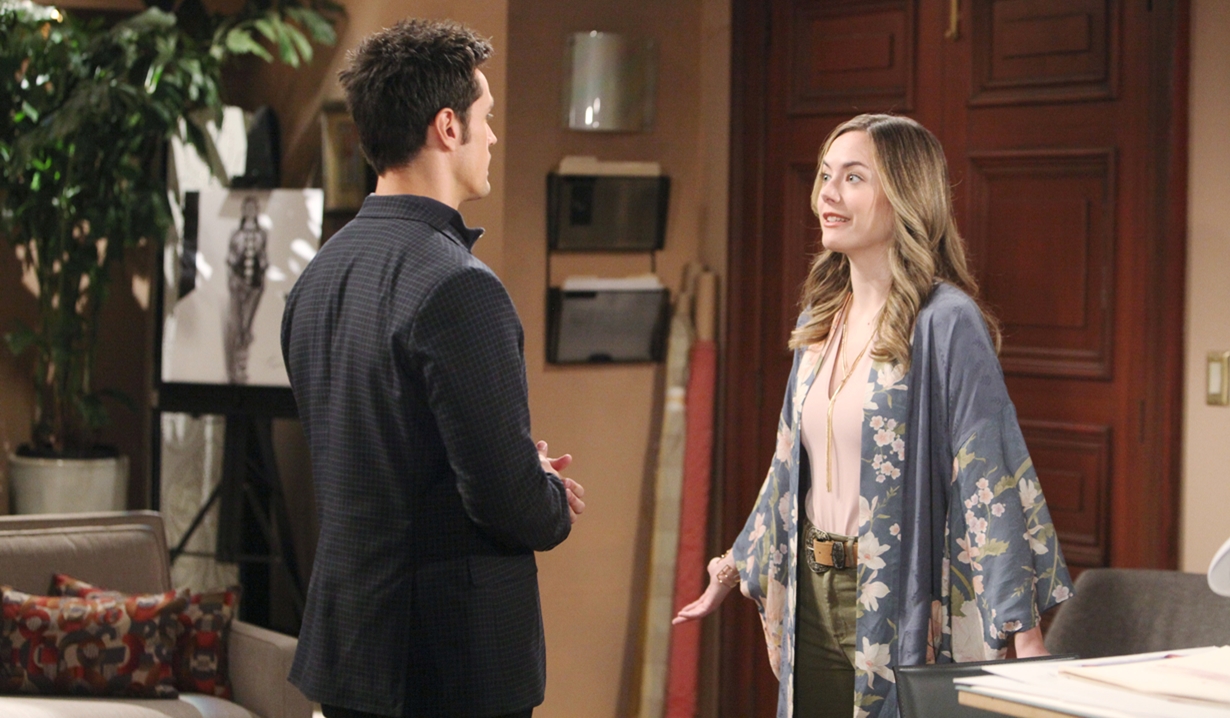 At Spencer Publications, Liam learns that Sally called Wyatt by his name and reminds him people do it all the time, besides he was never even her boyfriend. Wyatt points out Hope wouldn’t feel too good if he called her Steffy. Wyatt relays they’re still engaged but the slip up caused them damage. 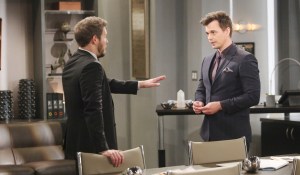 Liam mutters about a lot of damage being done lately and reveals Thomas is up to no good. Wyatt’s stunned to hear Hope’s considering working with Thomas. Liam tried to dissuade her but concedes Thomas may get exactly what he wants. They agree no one should believe Thomas is reformed. Wyatt feels Thomas will manipulate Hope to believe she needs him on her line. Liam won’t allow it.

At Forrester Creations, Steffy learns Ridge went through with the divorce from Brooke and is sorry that Thomas’ obsession did this to him. Ridge takes exception to the term ‘obsession’ and talks about forgiveness. He broaches Thomas’ idea of a showdown between Steffy’s new line and Hope for the Future. Steffy knows he wants to work with Hope and suspects he’s trying to drive a wedge between her and Liam. They bicker about his motives. After looking at the numbers, Steffy concedes they can only do one youth line and should let the buyers decide. In the design office, Hope is anxious to get home to her mom, but Thomas is still talking about the fashion competition. She will need him as a designer – together they can’t lose. Thomas wants to show her that he’s changed. “Say you’ll work with me.” Hope doesn’t want to work with him and is only co-parenting with him for Douglas’ sake. Thomas points out her line is like her baby. Hope’s baby is her daughter, who he kept hidden from her – working with him would be unbearable. Thomas narrows his eyes as she slams out. Hope joins Ridge and Steffy. She remarks on the divorce news. Ridge says he will always love her mother. She asks about the fashion showdown and Steffy wonders if that interests her. Hope’s ready, but won’t work with Thomas. She’ll relaunch with a new designer. Ridge argues on Thomas’ behalf. Hope remains firm. Steffy asks to speak to Hope alone, and tries to talk her out of the showdown. Hope still believes in her line and says, “Game on.”

In the design office, Thomas receives a visit from Liam who informs him working with Hope is off the table. Thomas relays Hope turned him down. Liam asks if he now understands Hope doesn’t want to spend time with him. 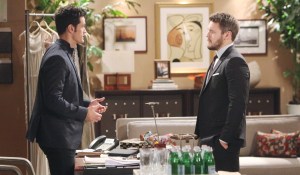 Thomas glares, then insists he’s not manipulating anymore; he’s just excited about the line. Liam reacts sarcastically to Thomas’ contention he thought it was a good fit. They go over his obsession. Thomas is trying to become a better person and just wants Hope to be happy. Liam suspects he’s still working an angle and warns he’ll never let him hurt Hope again.

Thomas Fantasizes Brooke Is Dead and...