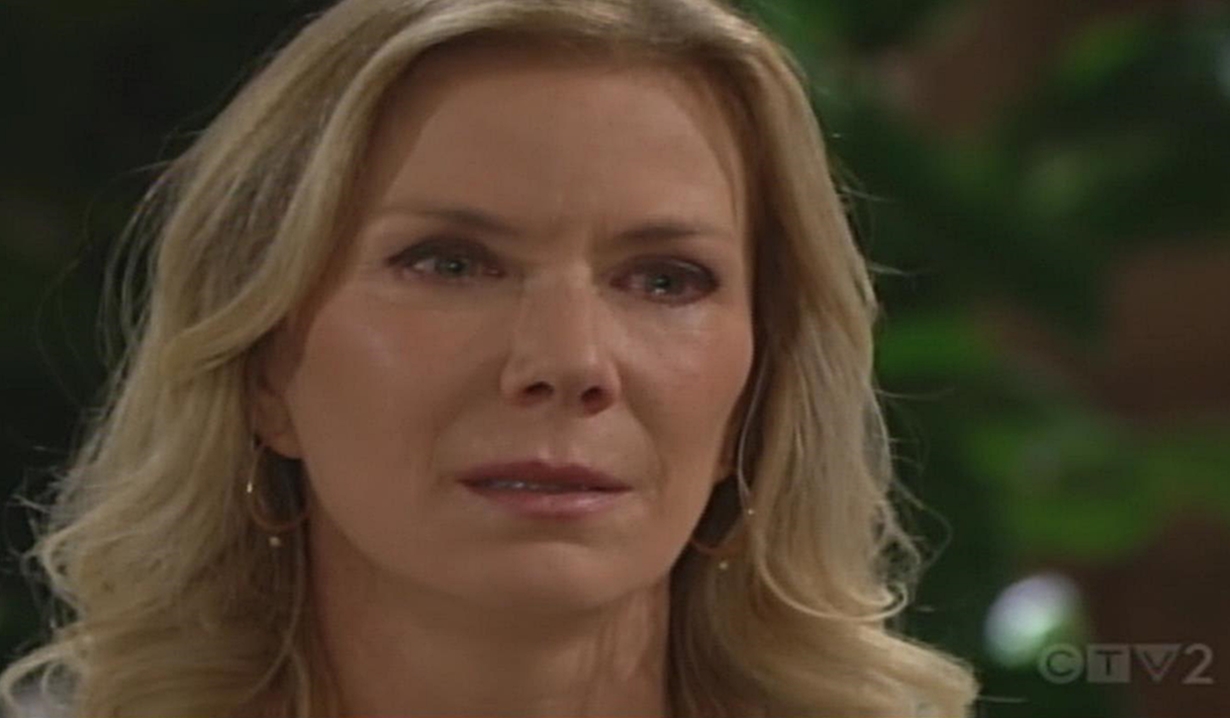 At Brooke’s house, Ridge tells her she should probably read the divorce papers. Brooke complains Thomas is pulling all the strings – they don’t want this divorce. Ridge won’t abandon his boy. Brooke says, “Forgiving him is not going to fix him.” She wipes away tears as Ridge signs the documents, then asks how he can let Thomas do this to them. Ridge remains silent. Brooke signs and a tear smears the signature. Ridge embraces her. Brooke asks him not to file the papers. He exits. Brooke hopes he’ll return to her one day. 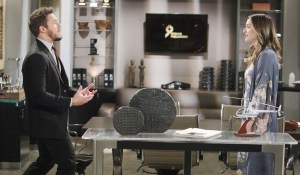 At Spencer Publications, Liam wants Hope to do what she loves, just not with Thomas. Hope argues his designs are good. Liam suggests she bring in someone new and train them. Hope insists she can manage Thomas. Liam reminds her she’s said that before. She argues that Thomas will be working for her. Liam complains that with custody of Douglas it’s like he’s half her husband. He loves her and wants her to be safe.

At Forrester Creations, Thomas takes a call from Zoe, who is at Vinny’s waiting to hear from him – he told her to sit tight until he could get her back into Forrester. Thomas relays he had another fall, but she wonders if his problem is paralysis over Hope. Thomas asks her to be patient, but she’s been lonely. Thomas assures her he can make her return happen and things are finally going his way. Later, Ridge arrives, and Thomas sees the divorce papers. He’s sorry. Ridge won’t discuss it. Thomas says he’s been working on Hope for the Future. Ridge says Steffy has an up-and-coming line and they can’t do both. Thomas insists on choosing Hope’s. 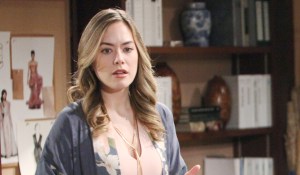 Ridge reminds him it’s not his call. Thomas suggests a fashion showdown – whoever gets the most buyers wins. Ridge will consider it. He exits and Thomas grins about the divorce. When Hope shows up, Thomas somberly gives her the news. Hope needs to go, but Thomas fills her in on the possible fashion competition. He guesses Liam doesn’t like the idea of them working together and wants to prove they he can respect her relationship while working as a kick-ass team.

At the Forrester mansion, Shauna and Quinn are discussing Ridge’s divorce papers when Eric walks in. He’s irritated – the marriage isn’t supposed to be ending – and asks if something happened. Later, Ridge enters, and Shauna learns they signed the papers. She’ll leave him alone, but is there for him. Ridge broods.

Eric arrives at Brooke’s door and hugs her. He learns Ridge left and they signed the divorce papers. She confirms she doesn’t want a divorce, but won’t let his grandson back in their lives to hurt her or her daughter again. Eric comforts her and talks about going away to a cabin – everyone would want them to come back, including Ridge. Later, Brooke sits alone sadly.

Liam learns why Wyatt’s relationship with Sally took a turn.

Brooke Refuses to Forgive Thomas to...

Hope Won’t Work With Thomas, but...