Steffy Thinks Thomas Is Delusional and Needs a Reality Check

Wednesday December 4, 2019: On Bold and the Beautiful today, Steffy and Thomas debate the end of Ridge's marriage, Quinn encourages Shauna, and Hope and Liam gear up for Thanksgiving with Beth and Douglas. 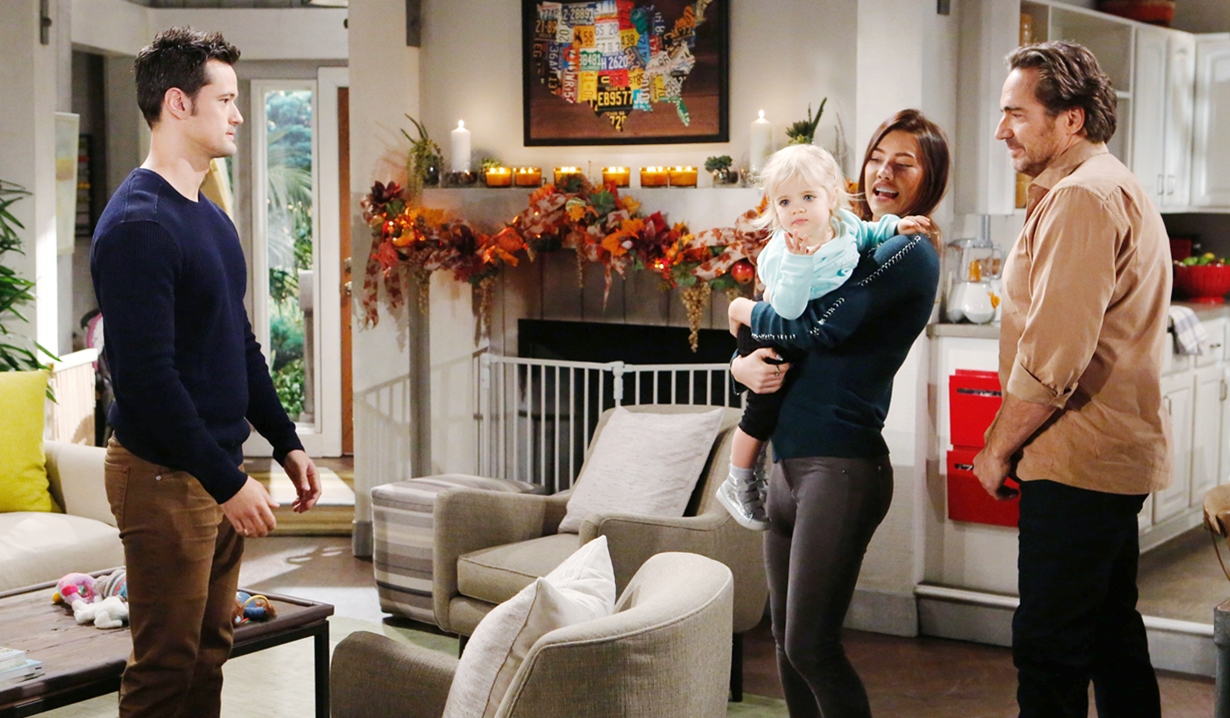 At Steffy’s house, Thanksgiving decorations are out as Ridge plays with Kelly. Thomas relays Douglas is with Hope. When Steffy takes Kelly into her room, Ridge confronts Thomas about the adoption papers – he allowed Hope to take advantage of him. Steffy reappears as Ridge brings up Hope and Brooke believing he was dead. Thomas rehashes that he wanted Hope to see that good people keep secrets sometimes. Ridge says Hope wanted to tell him, but Brooke interfered. Thomas asks what Ridge will do tomorrow. Ridge is uncertain. 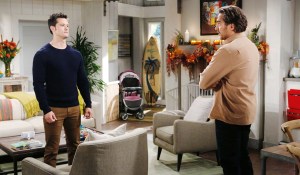 He tells Thomas he’ll see him at home, and leaves. Thomas, beaming, won’t apologize to Steffy for being happy their father’s marriage is over. Steffy doubts it will ever be the end for them. Thomas thinks Ridge is finally seeing Brooke for who she really is. Thomas has a vision for their family’s happiness – Steffy and Liam, and him and Hope. Steffy says he needs a reality check. Thomas vows he’ll become a better person. Steffy can’t deny she’d like Liam to be there. Thomas promises, “You will have Liam and I will have Hope.”

In the cabin, Douglas tells Hope he loves her, and she returns the sentiment. Hope and Liam exchange awkward looks when the boy asks who will be at Grandad’s dinner tomorrow. Hope explains they’re not sure. She steps aside with Liam, who asks if she’s planning to spend Thanksgiving with Douglas tomorrow. Hope would like to. Liam points out that means they’ll be spending the holiday with Thomas. 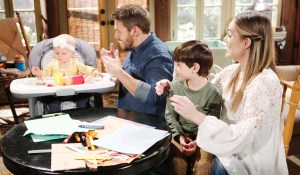 They watch the kids together. Hope feels Douglas is such a sweet big brother. Liam agrees he’s cute, but wonders if he’s confused by all this. They bicker about her spending time with Thomas. Liam doesn’t think it’s safe. Hope plans to keep an open mind and heart. They hug over family being what Thanksgiving is about. After, Hope thanks Douglas for bringing Beth home to them – she’s honored to call herself his mom.

More: Ambitions recap, role-playing and out on bail

In the Forrester mansion, Quinn catches Shauna daydreaming about Ridge and invites her and Flo for Thanksgiving dinner. Shauna accepts but will bring Flo leftovers. Quinn teases with any luck, Ridge will be there too. She explains he hasn’t confirmed yet, but when he does, she’ll seat him next to Shauna. Her friend reminds her they haven’t ‘done the nasty’ yet. Quinn feels it will be a different story by the end of the weekend. She tells Shauna about the Forrester Thanksgiving tradition. Shauna still can’t believe she made out with Ridge Forrester in that living room. 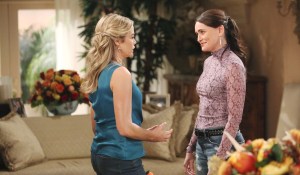 She’s so happy when she’s around him. Quinn’s thrilled for her. Shauna feels blessed and gushes, “Talk about Thanksgiving.” Later, Ridge arrives and Shauna updates him that Quinn saw them kissing, but won’t say anything. Ridge smiles as Shauna explains she told her the truth – she truly has something to be thankful for on Thanksgiving. Shauna goes on about having no expectations. Ridge relays it feels great to be understood. They kiss.

Hope is confronted by Steffy.

<p>Hope and Liam with Douglas and Beth around the rocking chair in the cabin. This will be their first Thanksgiving with Beth.</p> <p> </p>

<p>Adorable with a bow in her hair, Beth sits in her high chair, playing with her dad.  </p>

<p>Steffy laughs with Kelly and Ridge. They’re in the cliff house prior to Thanksgiving, spending quality time together.</p> <p> </p>

<p>Thomas is confronted by Ridge. The pair talk in Steffy’s house before Thanksgiving.</p> <p> </p>

<p>Shauna smiles at Ridge since he makes her so happy. They’re at the Forrester mansion the day before Thanksgiving.</p> <p> </p> 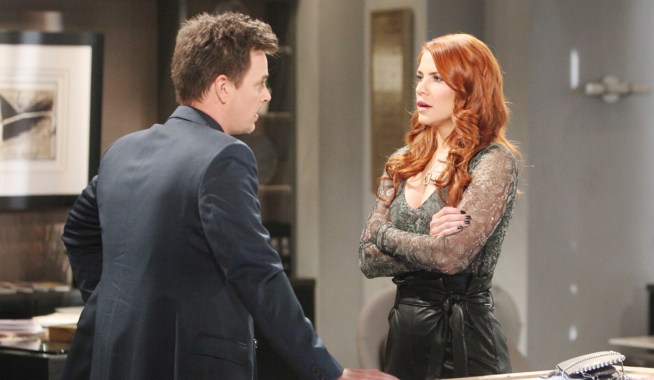 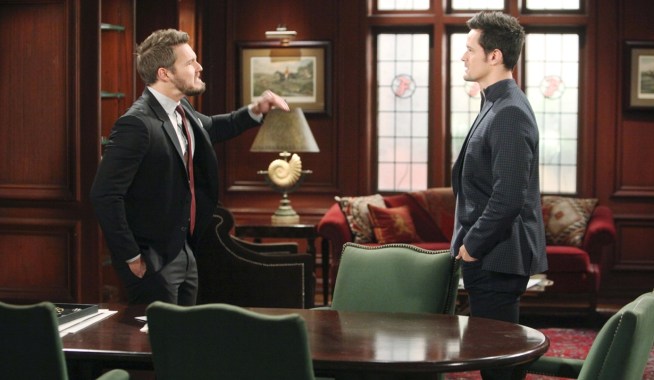