Tuesday December 3, 2019: On Bold and the Beautiful today, Quinn gets an eyeful at the Forrester mansion, Eric learns the status of Ridge's marriage, and Bill asks Liam for a favor. 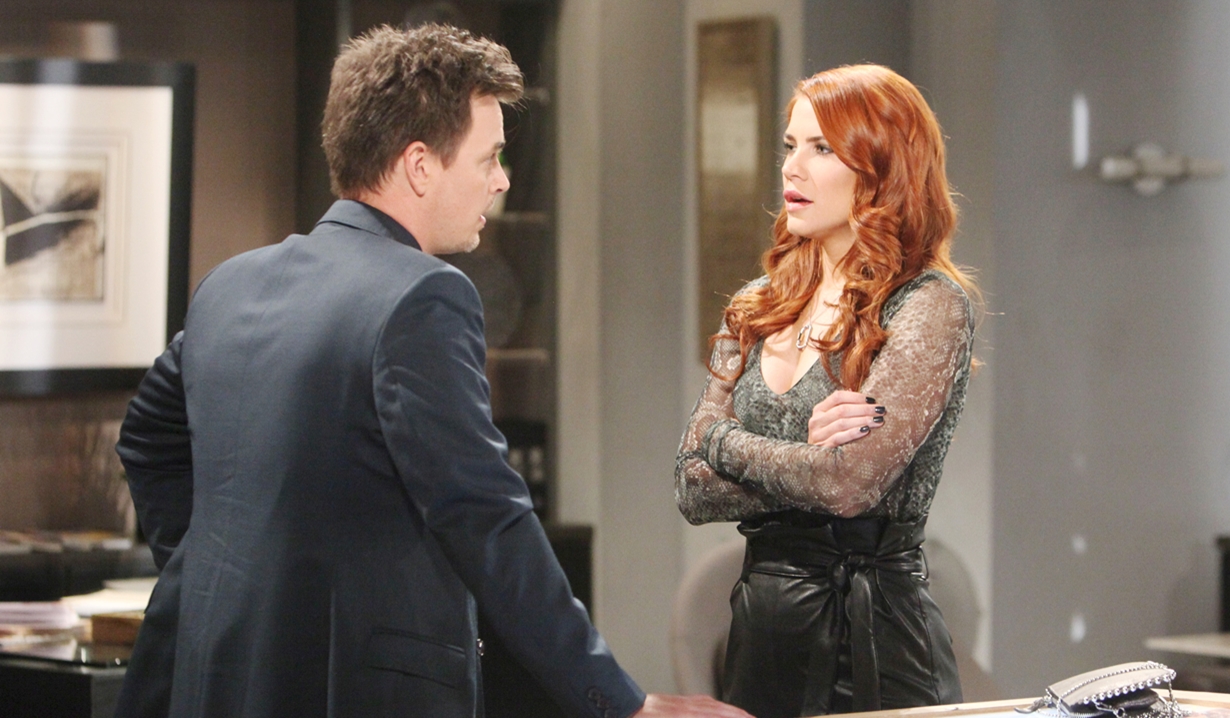 Quinn enters the Forrester mansion in time to see Ridge and Shauna, with their backs to her, sharing a kiss. She creeps upstairs unseen. Ridge has to get to the office and Shauna tells him things are nicer when he’s in her vicinity. He lets her know she’s special. 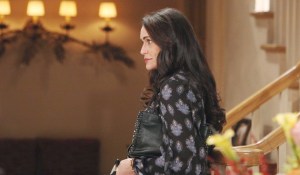 After Ridge leaves, Quinn joins Shauna and pretends to spot a dark hair on her shoulder. Shauna eyes her friend knowingly. They discuss Ridge and Shauna points out he’s married, and she doesn’t belong in his world anyway. Quinn feels Ridge is miserable and her best friend should go get him. She’s proof that miracles do happen. They address the sobering reality of Brooke, the love of Ridge’s life. Shauna could be happy being the love of the rest of his life.

At Spencer Publications, Bill rants to Liam about Eye on Fashion not sparkling – he needs to oversee it again. Liam doesn’t want to compete with Wyatt. Bill has other plans for Wyatt involving jewelry. Liam questions Wyatt not giving Sally a ring. Justin notes Liam was close to her in the past. 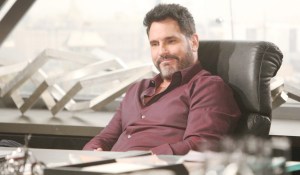 Liam insists he and Sally never had what she does with Wyatt. Justin jokes about putting Liam back in the will – he’s already done it. Bill wants Liam to look out for his brother and that semi-fiancée of his. In another office, Wyatt fumes that Sally called him Liam and presses to know if she was in love with him. Sally protests. Wyatt loves his brother but is done competing. Sally argues she’s not one of Liam’s women. She realizes he’s scared and wants to know what she can do to prove to him this isn’t what he fears. She offers a trip to Vegas to get married this afternoon. Wyatt balks; “This is like a bad game of chicken.” Sally’s trying to prove how much she loves him. Liam was a bright light, but he’s the sun, moon and stars. Wyatt demurs, “Fine. Butter me up with compliments.” They kiss. Sally says, “We’re going to be okay…even if it kills me.”

At Forrester Creations, Eric suggests Ridge let Steffy handle the day-to-day and bonuses while he addresses things that have been neglected – like his marriage. Ridge doesn’t think he has a marriage anymore – a house where his son’s not welcome isn’t a home. Eric’s surprised Ridge isn’t more emotional and asks if he’s seeing someone else. Ridge’s expression causes Eric to say, “Oh, I see.” Ridge insists it’s not like that but there is a woman…she lives in Eric’s guesthouse. Eric muses that he sees how she looks at Ridge and asks how far it’s gone. Ridge won’t create a situation that Brooke could blame him for. Eric doubts she’d blame him for anything, but adds, “Good.” Eric recalls his own transgressions and asks him not to hurt Brooke too much.