Wednesday November 27, 2019: On Bold and the Beautiful today, Hope is stunned by Brooke's news, Liam learns the truth about what Hope did, and Steffy inadvertently gives Thomas useful information. 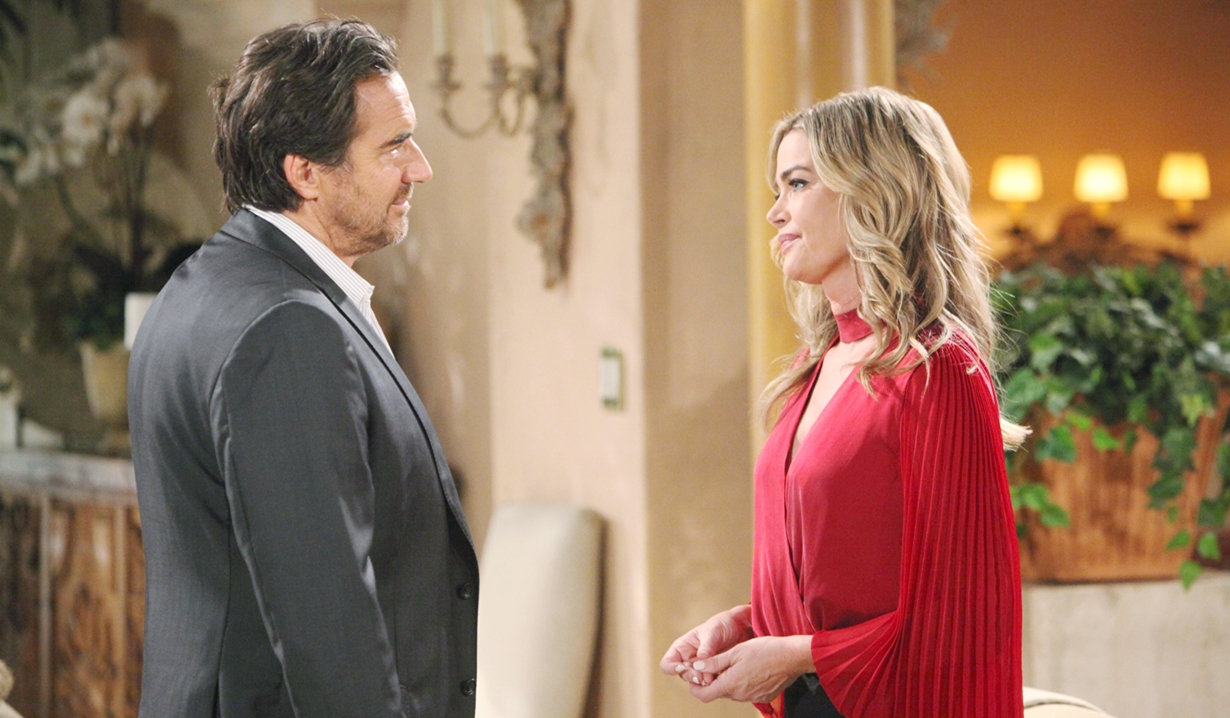 At the Forrester mansion, Ridge hears from Carter that the adoption papers are legit. Carter leaves, and Ridge updates Shauna he won’t be moving back in with Brooke. Shauna hates seeing him give up. Ridge laments Brooke was his destiny, but he can’t look at her the same way anymore. He explains Brooke will ask for forgiveness, but won’t give it to Thomas. Emotional, Shauna wants to be there for him, but it’s harder than she thought. 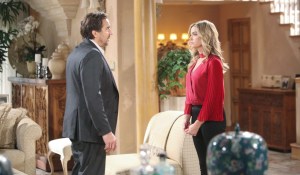 Ridge asks her not to go. Shauna’s inspired by the way he talks about his wife, but feels she’s in a position she should not be in. Ridge again asks her to stay, but worries about talking to a beautiful woman like she’s his therapist. Shauna reassures him and takes the compliment. Ridge muses after darkness comes light; maybe she’s the light. He kisses her.

In the cabin, Brooke suggests Hope update the school with her information since Thomas is a wild card. She thinks it was cruel that Thomas let her believe he was dead – he’s not well. Hope senses something’s wrong and is stunned when Brooke says Ridge said goodbye to her last night. Liam enters, yammering about work, then stops short. Brooke tells him Ridge walked out on her last night. Liam cringes and has to go. Hope asks him to stay to talk, so Brooke exits. Hope tells Liam this is about Thomas – she did something she really regrets. 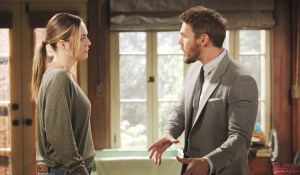 She relays how she thought she’d killed Thomas at Forrester, but reveals that’s not the worst part – she kept it a secret believing she was a murderer. Liam holds her. After, he learns that Thomas pretended to be dead to teach her a lesson and hopes she’s not falling for his manipulation. Liam reminds her she could have told him – she doesn’t have to be afraid.

In the main house, Brooke paces and flashes to Ridge’s goodbye.

At Forrester Creations, Steffy updates Thomas on something she’s been working on with Sally. Thomas feels it’s a good thing he’s back and teases, “You executive types don’t seem to get anything done without me.” Steffy narrows her eyes. Talk turns to him letting Hope and Brooke think he was dead. Thomas reiterates they now understand good people making bad decisions and Hope knows what it’s like to keep a secret. Steffy’s still shocked he agreed to share custody with Hope. Thomas says she’s good for Douglas and it will make things easier if they’re together. He believes Hope finally sees him differently and all it took was a vat of acid. Steffy doesn’t think the family he’s dreaming of will happen and adds the family Liam’s dreaming of doesn’t include Douglas – the new custody arrangement could cause trouble. Thomas sparks a look of interest at this news.

A previously aired episode of B&B will be broadcast.

Bold and Beautiful Is Pre-Empted Due...