Ridge Feels Betrayed by Brooke for Keeping Thomas’ ‘Death’ From Him 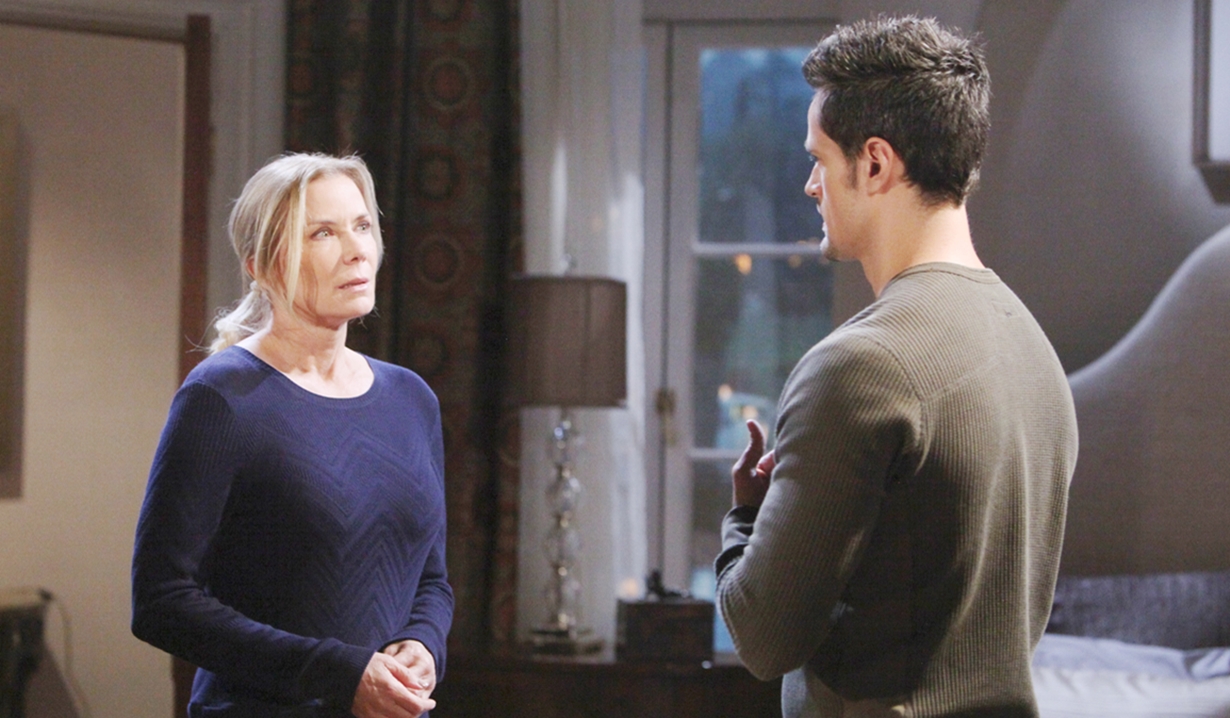 In the bedroom at Brooke’s house, Hope tells Thomas she was in hell. Thomas admits he sometimes goes too far, but it’s only because he loves her so much. He wasn’t trying to torture her he was trying to make her understand how he felt when he didn’t tell the truth about Beth – the guilt he felt. He felt paralyzed. Hope says, “Like the words wouldn’t come out.” Just then, Brooke knocks, enters, and exclaims at the sight of Thomas alive. Brooke can’t understand how – he fell in the acid. Thomas clarifies it wasn’t acid, just a high-powered cleaning solution. Brooke is so relieved. Thomas wonders if she really means it and questions why she believed he was dead and didn’t tell his father. 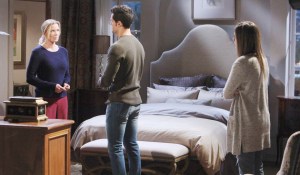 Brooke learns he let Hope think he was dead to make a point and insists she was going to tell Ridge. Thomas suggests she go tell him everything – that she was protecting Hope. He muses, “This could really change things for all of us.” Brooke leaves. Thomas assures Hope he wasn’t threatening her mother. He wants Hope to see they’re not so different and that he loves her. If pretending he was dead has opened her eyes, maybe she can forgive him. Thomas won’t dispute the paperwork and asks if they can start over, for Douglas. He kept one child from her and won’t do that again.

At the Forrester mansion, Ridge warns Shauna that Brooke could arrive any minute. She doesn’t want to cause tension between them, and admires his commitment to his son. Ridge complains about the situation with Douglas and Thomas signing the papers. Shauna is sure he’ll fix it, and reminds him she’s good at pep talks and backrubs before leaving. Brooke arrives and assures Ridge that Thomas is fine; he’s with Hope. She clarifies that Hope did want to tell him more, but she stopped her. It sounds crazy, but she believed Thomas was dead. Ridge is confused. Brooke relays that Thomas chased Hope around Forrester and tried to kiss her. He cornered her and she pushed him off the catwalk into what she thought was acid. Ridge panics, but Brooke explains it wasn’t acid. Ridge realizes Hope didn’t tell anyone. Brooke says she was in shock. Ridge came to her, asked her where his son was, and she didn’t say anything about her daughter having killed him. For 24 hours they thought Thomas was gone and didn’t tell him. “How is that possible?”

Thomas Pretended to Be Dead to Show...